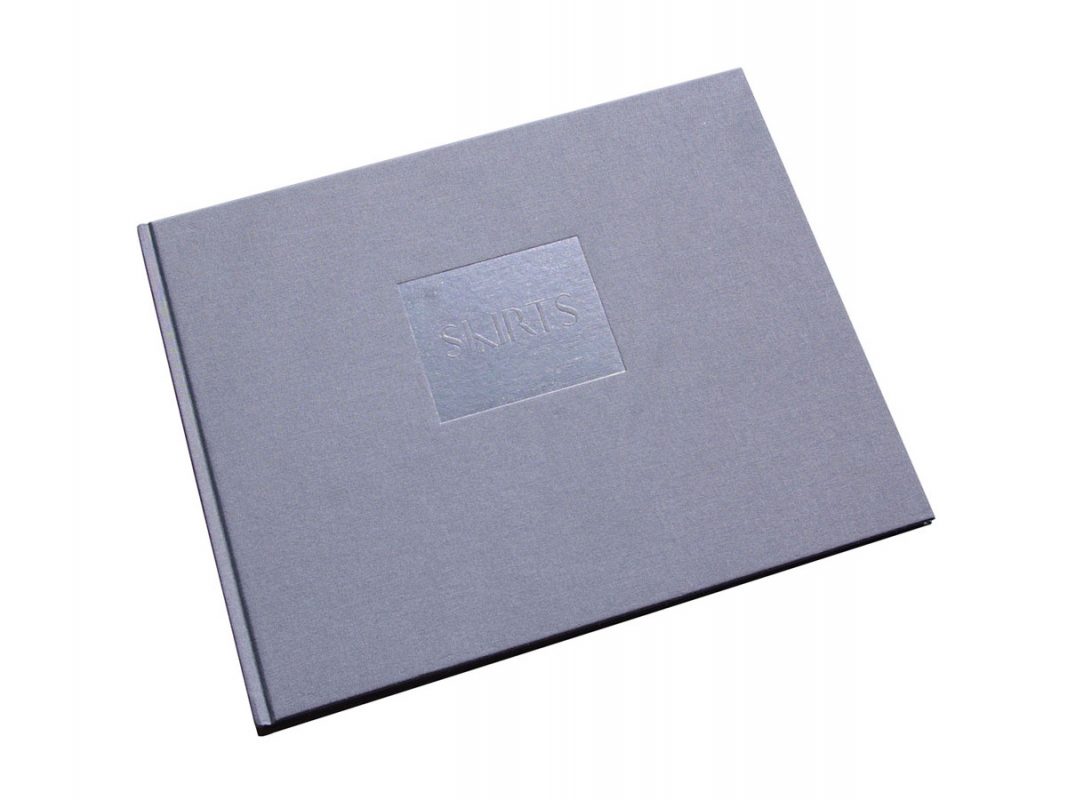 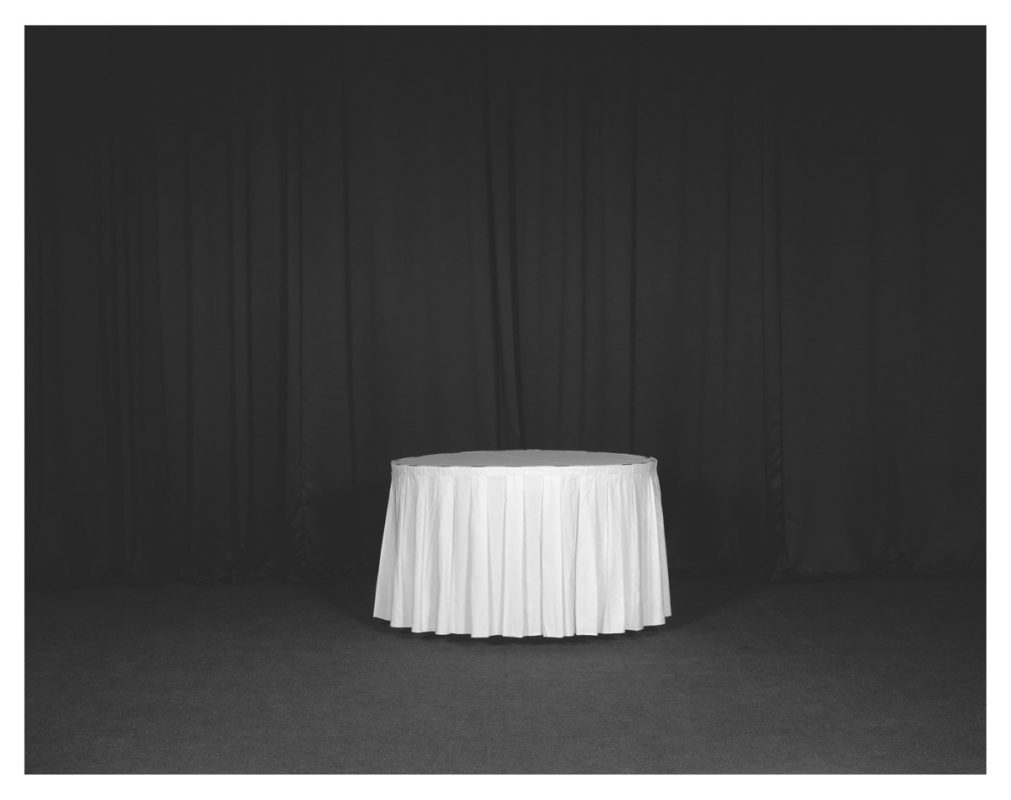 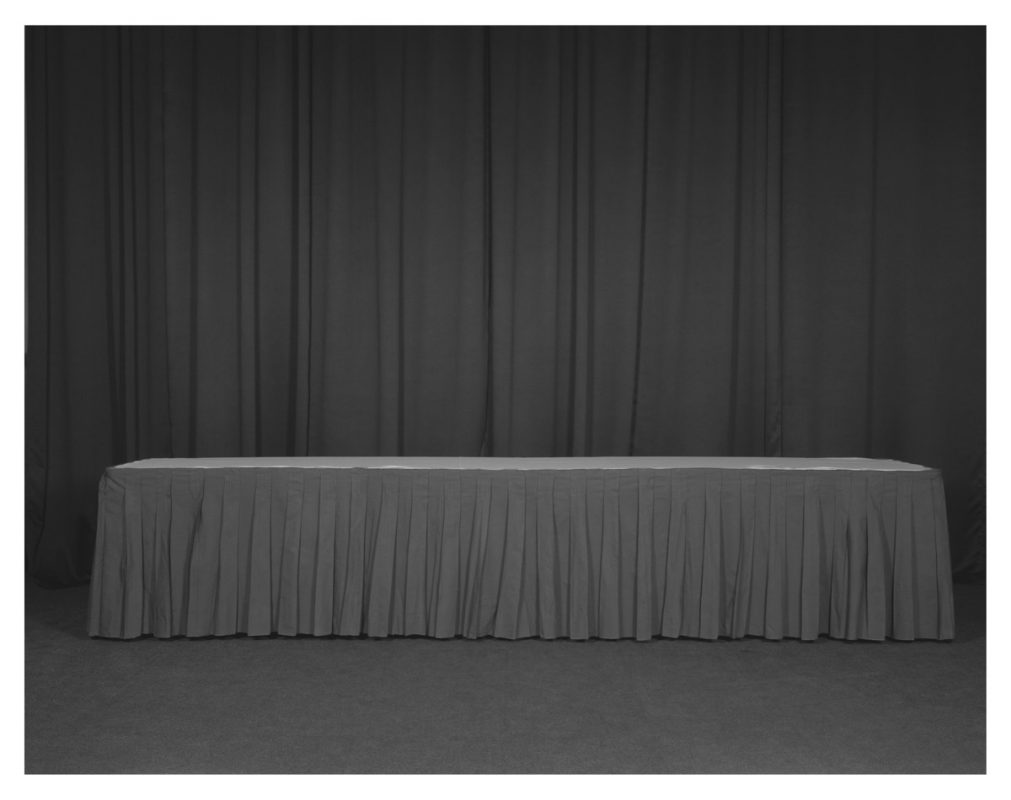 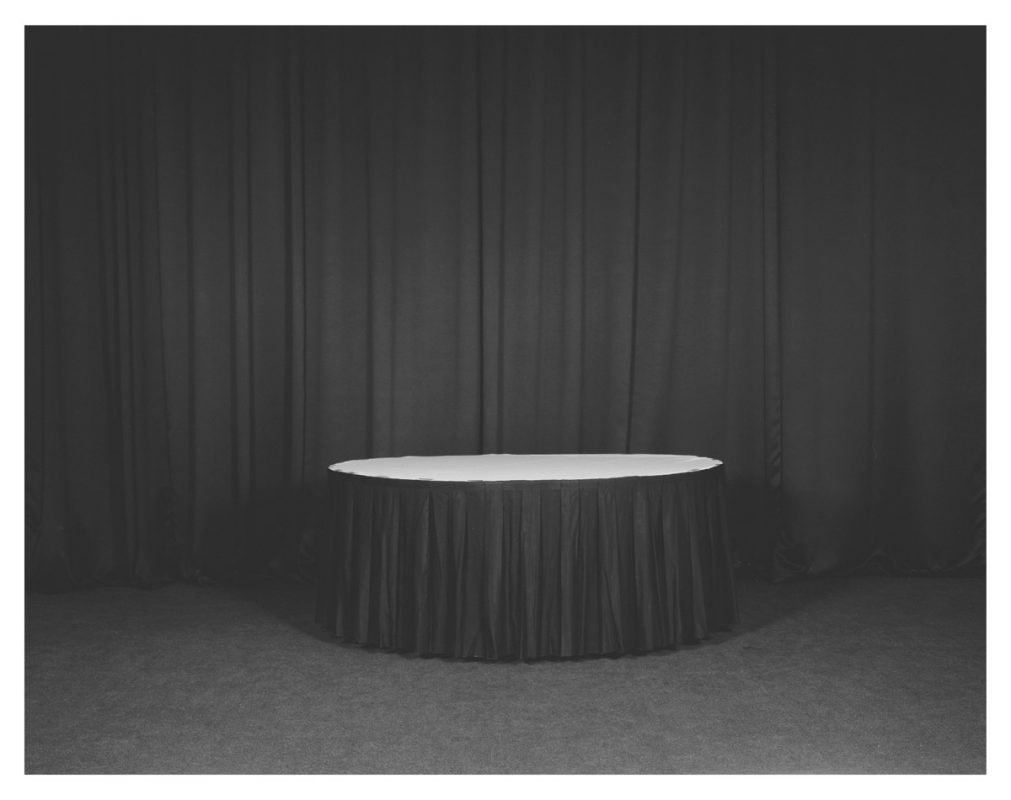 Clare Strand is a multi-disciplinary artist, operating in the areas of photography, video and installation. Coinciding with a recent nomination for the Discovery Awards and marked by an acclaimed exhibition at Les Rencontres d’Arles 2013, is the release of Strand’s newest work, Skirts, published by GOST Books.

Shot entirely in monochrome, which as Strand states “offers a psychological level of clarity that helps to strip the visual world down to its very core”, there are few distractions in these images. Strand places clothed tables forensically in the centre of her frame, each set against a curtained background – shot in a formal, clinical and scientific manner. Why tables? Can this work be interpreted as an ostensible critique of quotidian interior design? Possibly. Is Strand playfully comparing tables of varying shapes and sizes with the femininity given by skirts to our perception of women? Or are we grappling with the concept of the unseen – pretty skirts acting dishonestly in concealing tired, ugly and damaged tables, much like the photographic image itself?

The photographs reveal very little initially, and this is alluded to by Philippe Starck in his introduction. “And when the photo in question shows nothing, When it keeps your eyes and your mind so constantly focused, Then you feel you are nearing the goal.” Strand’s images in Skirts are indeed puzzling for the viewer and our desire to interpret is held back. This is clearly a complex body of work that requires the viewer’s time – no concrete answers are offered up easily, which ultimately stimulates and sustains intrigue.

In numerous ways, Skirts can be considered as a departure and continuation of Strand’s approach to image making, showing similar processes that have been developed through an oeuvre driven by a deeply considered investigation and scientific approach to making work. Strand continues to explore an alluring, if perhaps esoteric, concept that is a reoccurring thread in her work – dispossession of context and perception within the photographic image.