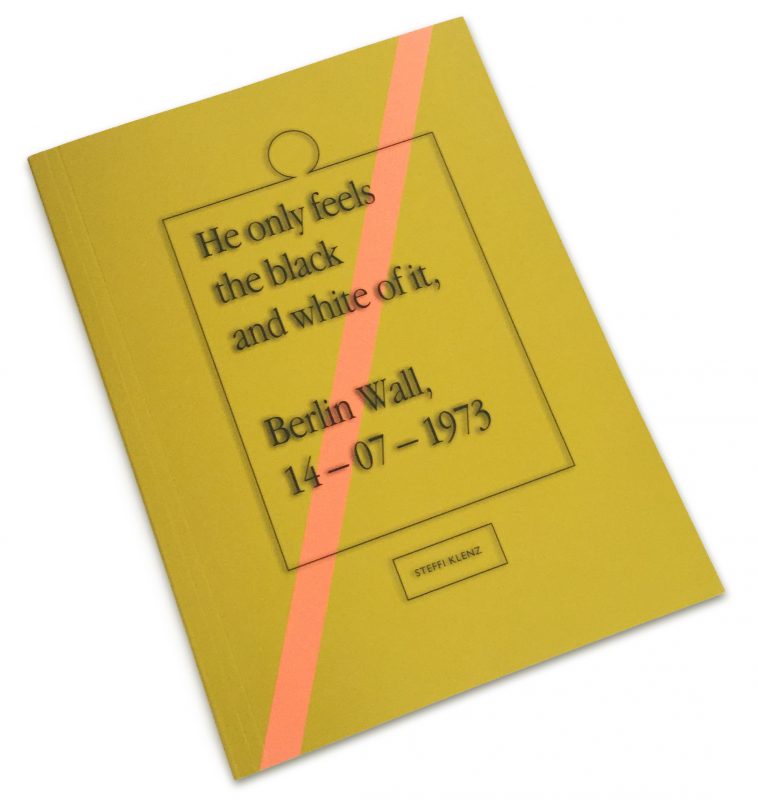 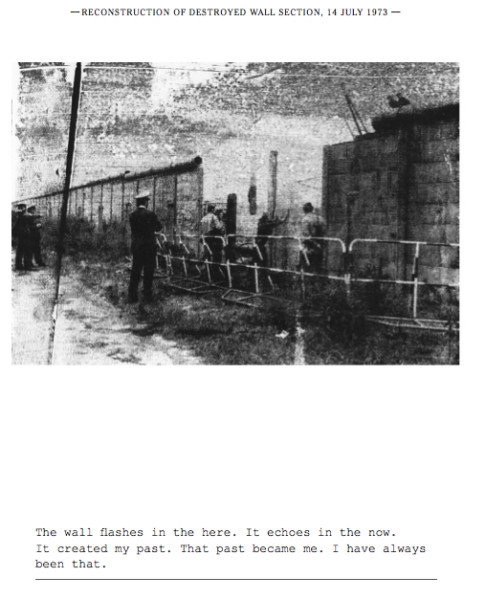 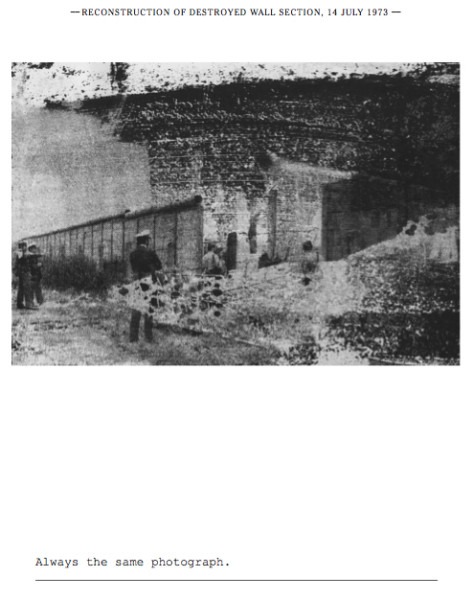 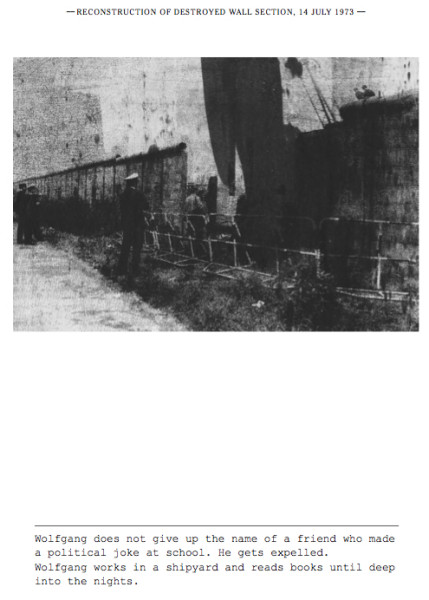 It is as though the pages of Steffi Klenz’s new book, He only feels the black and white of it, Berlin Wall, 14-07-1973 contain a continuum of time all their own – one that exists in tandem with that which is outside of it, but differently.

Like cells from a malfunctioning cinema projector, we are presented with a repeating yet different image of the Berlin Wall being reconstructed, one after another. They have been ruptured – some melting, fluid and organic; others shattered, jagged and engineered. The text that underscores them presents recollected fragments from an interconnected cluster of lives from behind the wall. Their power is aggregated; built through the fractured context of their preceding pages, in a narrative structure reminiscent of Yevgeny Zamyatin’s book We. Similarly, the pace for Klenz’s writing snowballs; the speed at which one can read becomes increasingly insufficient to keep up with the growing voracity the written words demand as they compound one another.

A similar maniacal reading manner is evoked from the crudely screen-printed images, their style not so much lackadaisical as furious and energised. When I have discussed the photograph used here with Klenz in the past, it has been one of few things to visibly enrage her. It is this passion that I see pulled and scraped across the prints in the book, not the careful and loving hand of an artisan, but the impassioned hand of a victim. It is as though through this printing she has tried to erase and understand the image – to simultaneously rupture yet piece it together.

Paired with the text, these images present a multiplicitous representation of time in relation to the notion of the pivotal moment. While the cultures of the wider world progress within the texts – with time-anchors such as “Adam Quinn, an American Bagpipes player, is born” along with newspaper headlines and number one songs – the image only shifts in appearance, its reappearance page after page as painfully sedentary as the wall itself. “Time, Wolfgang says, unfolds differently on this side of the wall.” ♦

All images courtesy of the artist. © Steffi Klenz