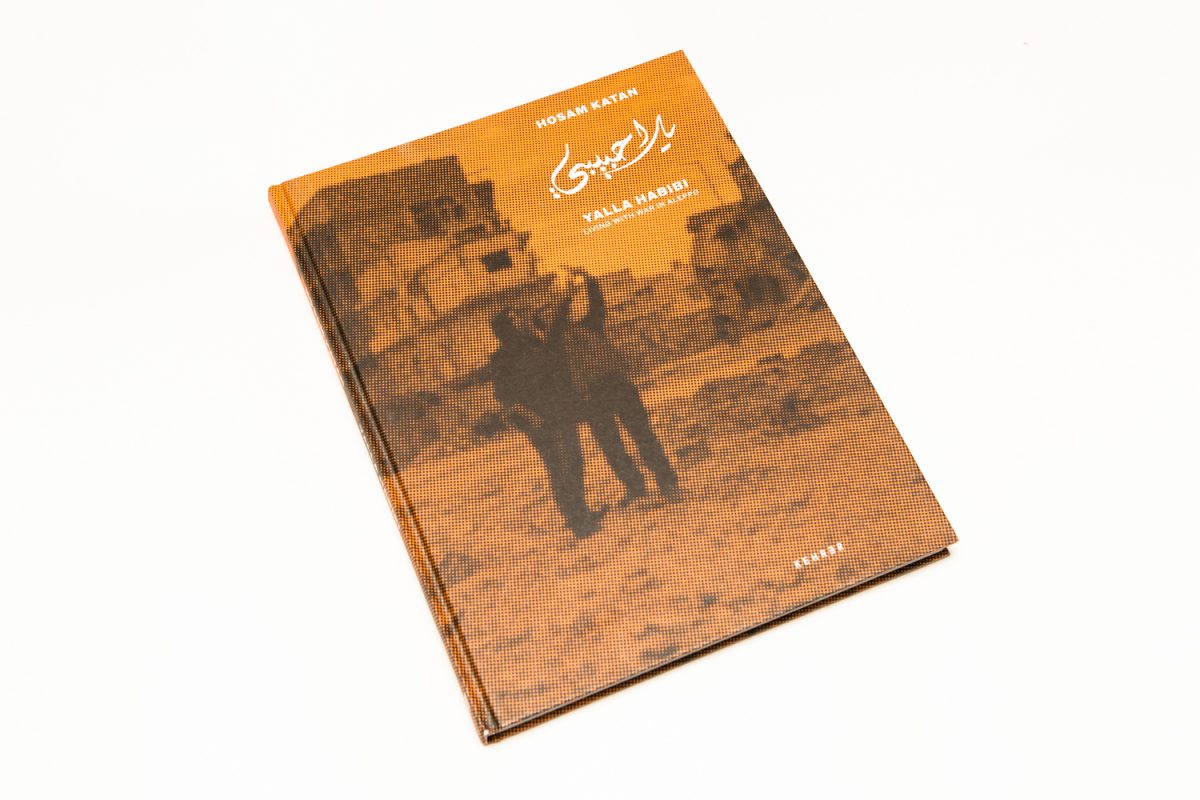 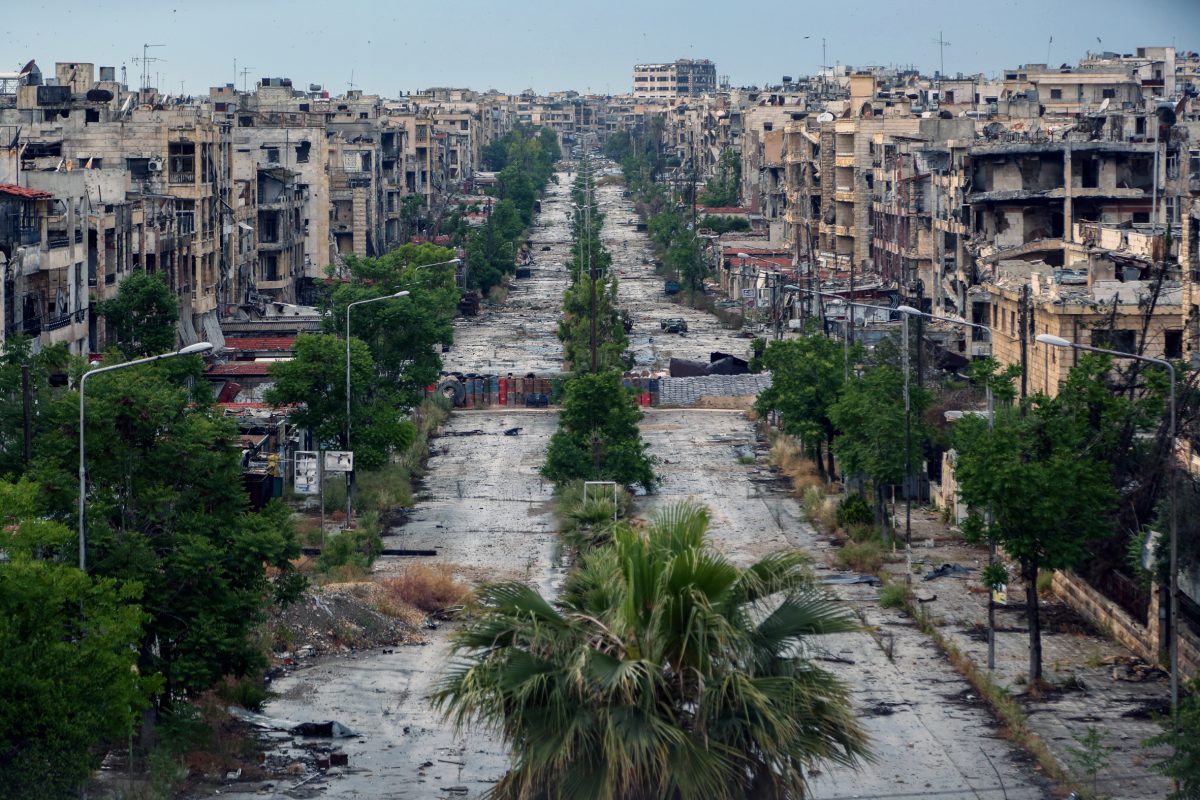 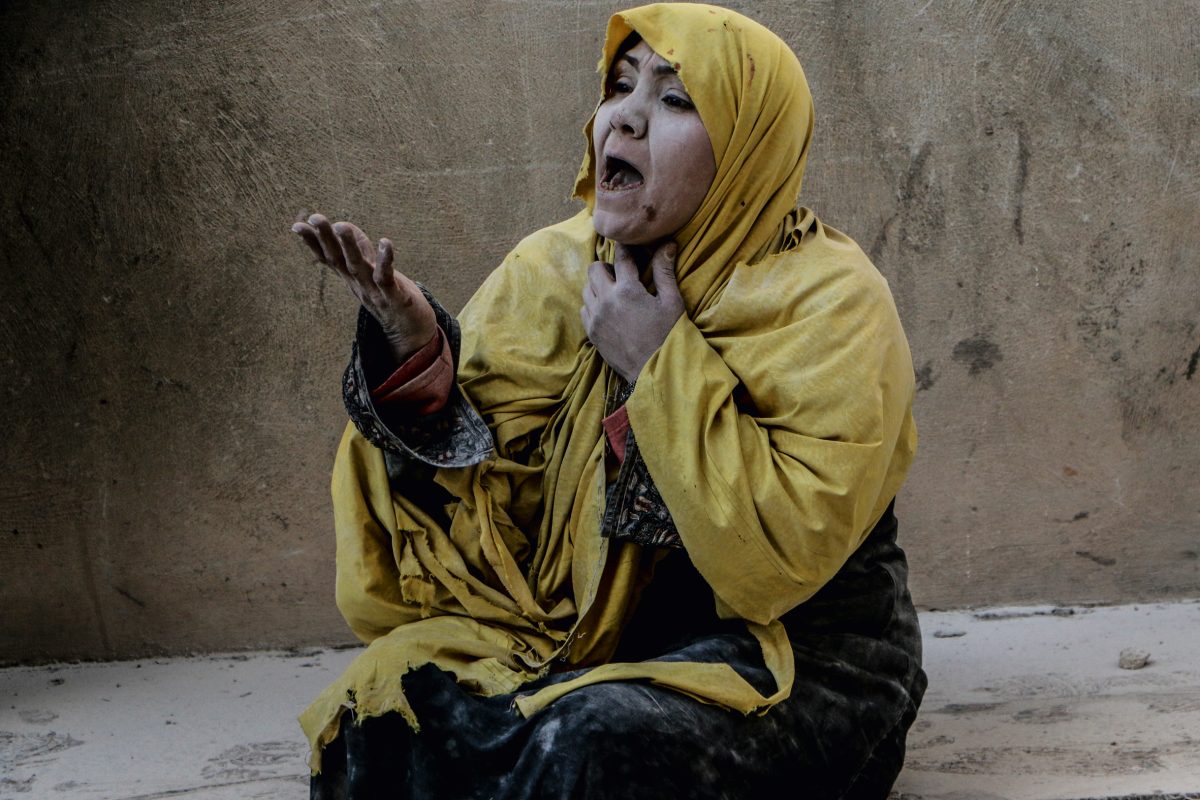 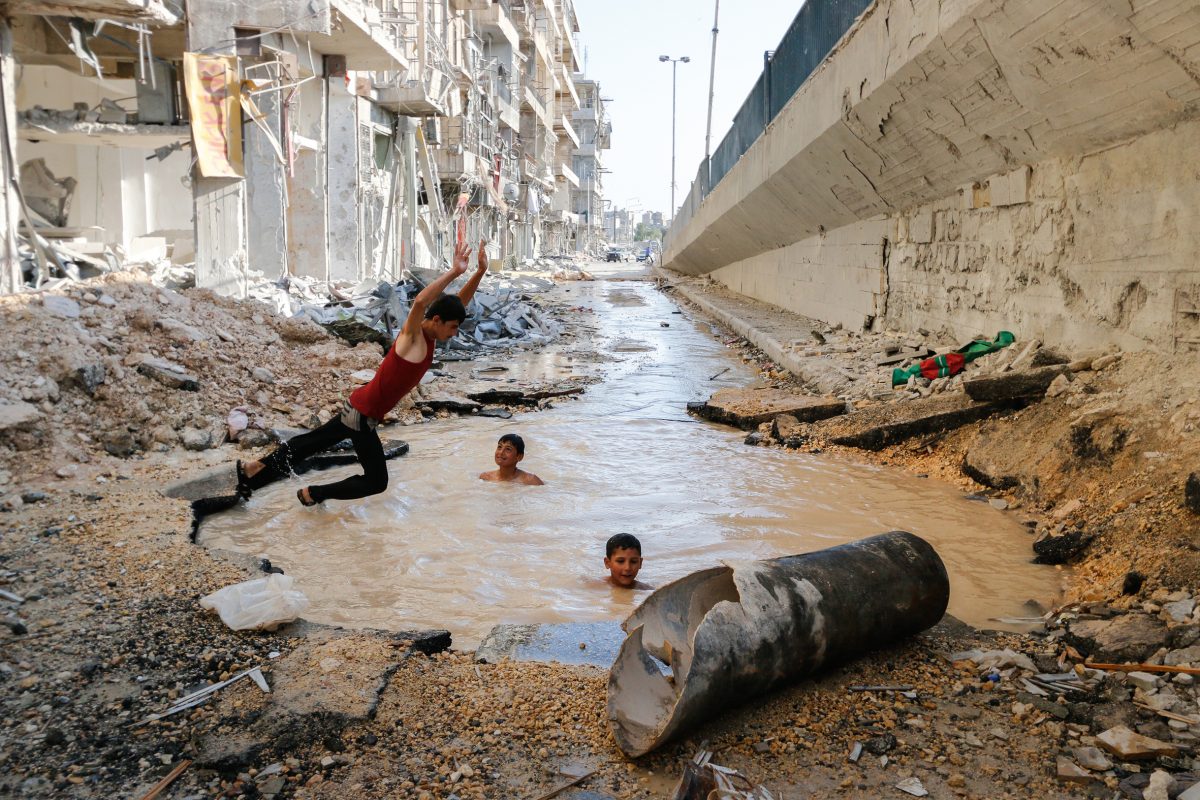 While the past seven years will have drifted by more or less uneventfully for many reading this, for seven years in Syria life has been on hold, altered, ruptured and interrupted, sometimes permanently, by conflict. Hosam Katan was 17 when the civil war began, a normal teenager who ‘skipped classes to spend time with my friends…to smoke shisha, play cards or Playstation’. In 2013 he began photographing for the Aleppo Media Center, a citizen run news organisation which has produced some of defining images of the conflict. The organisation also represents the blurred media boundaries of a war where few foreign journalists now venture, and where those reporters left inside the country are inevitably required to take sides.

Wounded by a government sniper in 2015, Katan is now living in Germany and this newly-published book from Kehrer Verlag brings together many of the photographs he took of his home town over this two-year period. His images are redolent of another era, with barricades, bomb craters and battle devastated housing calling to mind images of Sarajevo under siege in the 1990s. In one image rows of neatly stacked plates hang high up on a building, all that remains of another block destroyed by a barrel bomb. In another, a man appears to doze peacefully on a park bench, but his head and leg have been violently blown apart by a bomb.

Side by side with the violence of war other aspects of life continue. School classes take place underground, children play in the streets, and people even make the dangerous crossing to Government held Western Aleppo to work, take exams, and buy goods. This interspersing of the everyday with these moments of horror makes Yalla Habibi a powerful book, and one which has a kernel of hope buried in it that when the conflict ends, some semblance of normal life might return.

As a public we might be increasingly sceptical of the belief that such images to lead to such change, and events in Syria has proven time and again to be a terrible demolishing of this ideal. Still, whatever else these images do, they will for now remind that that while our lives continue, elsewhere millions of lives much like ours remain indefinitely interrupted. ♦