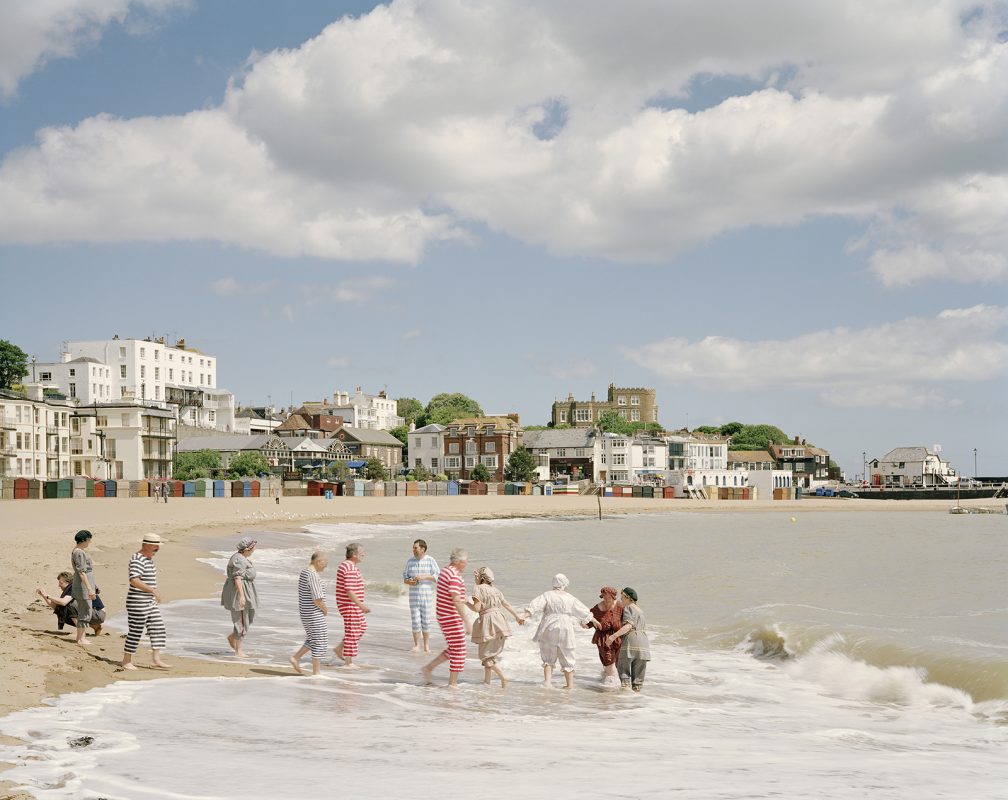 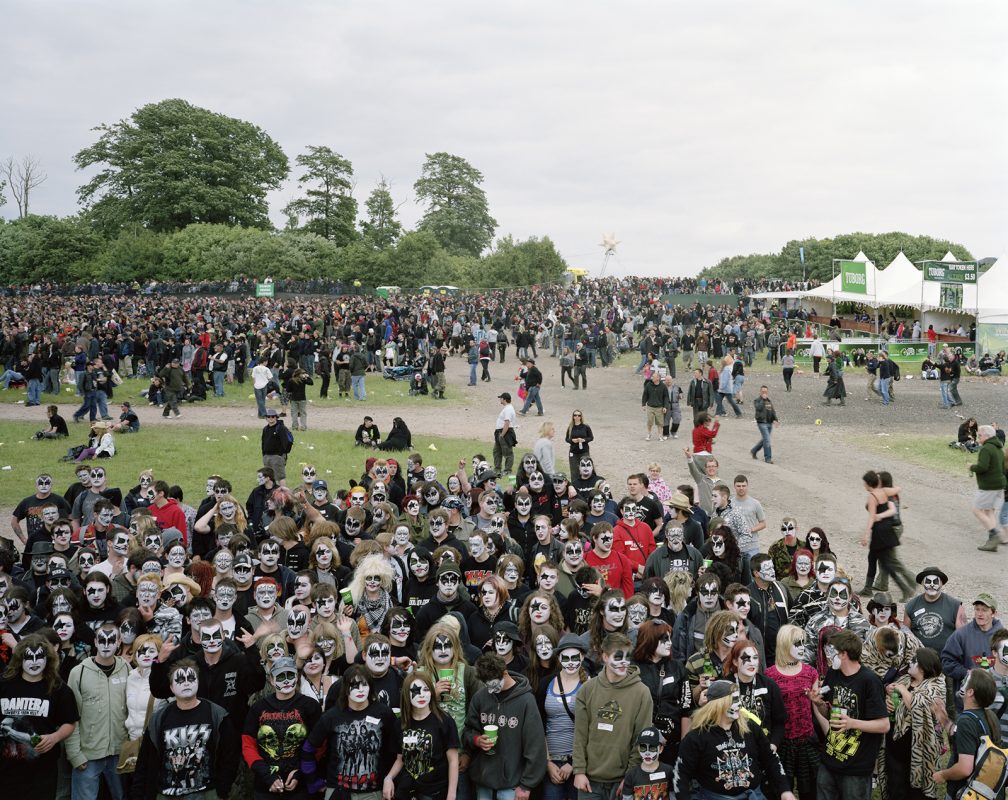 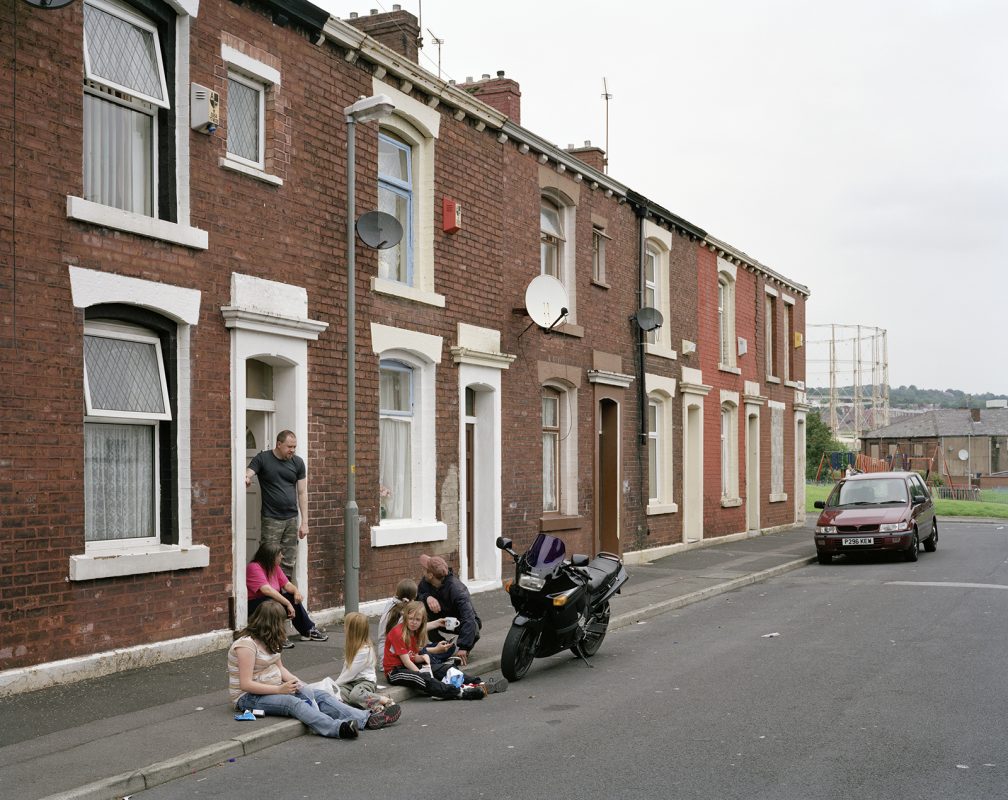 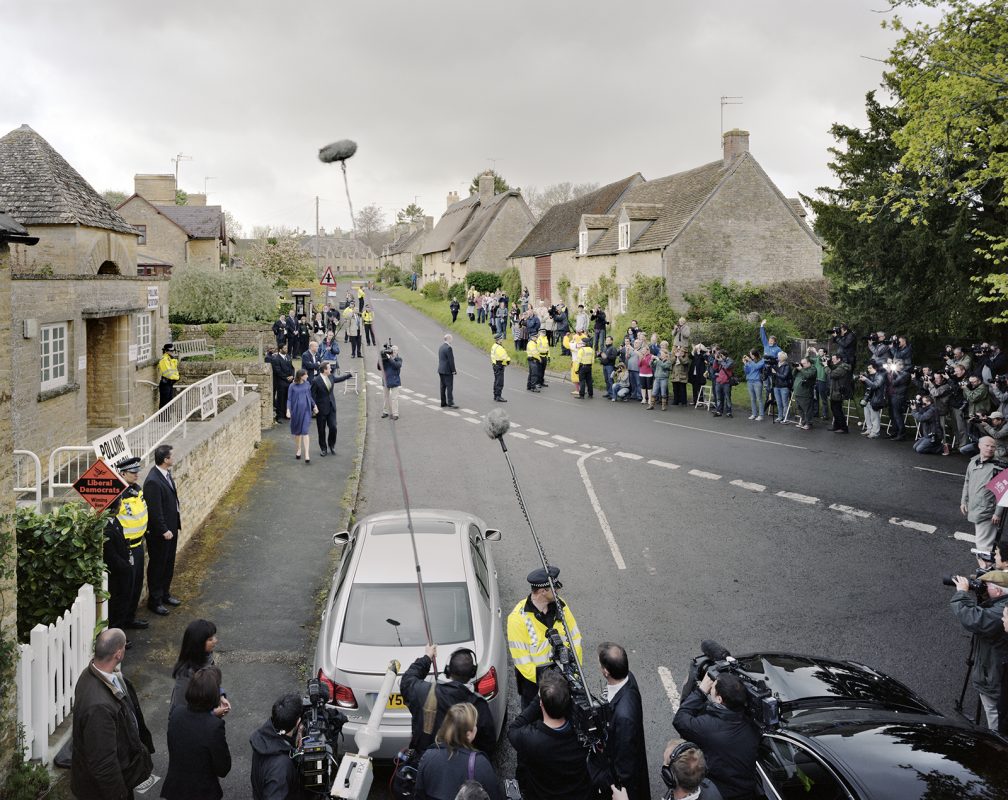 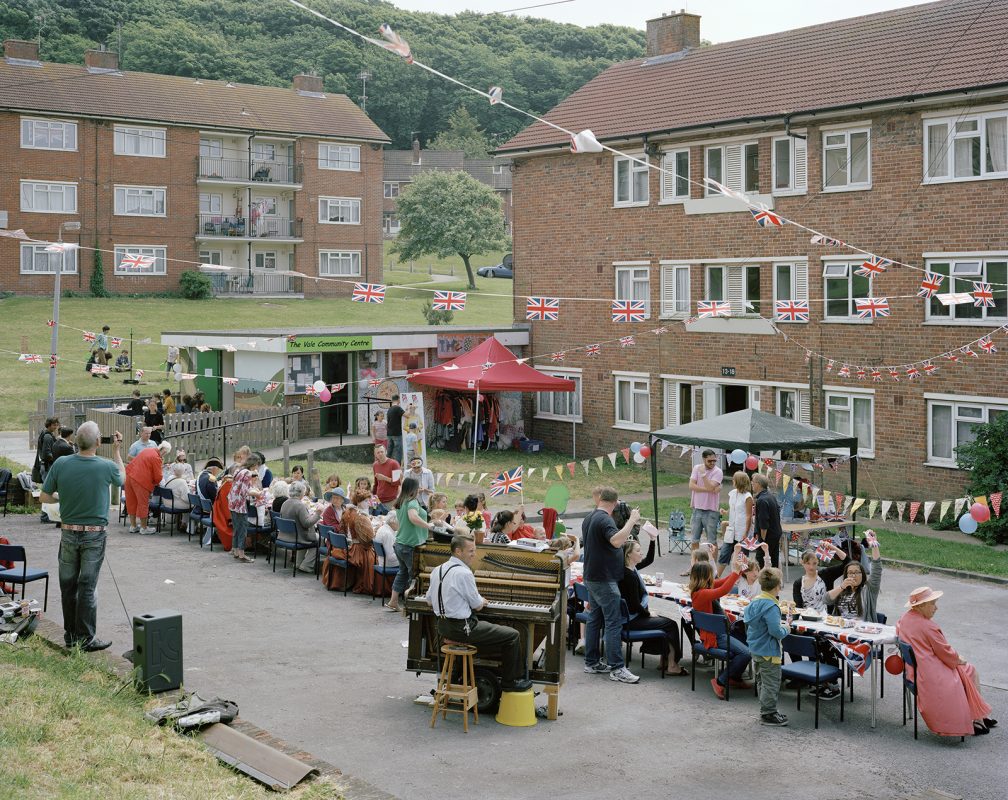 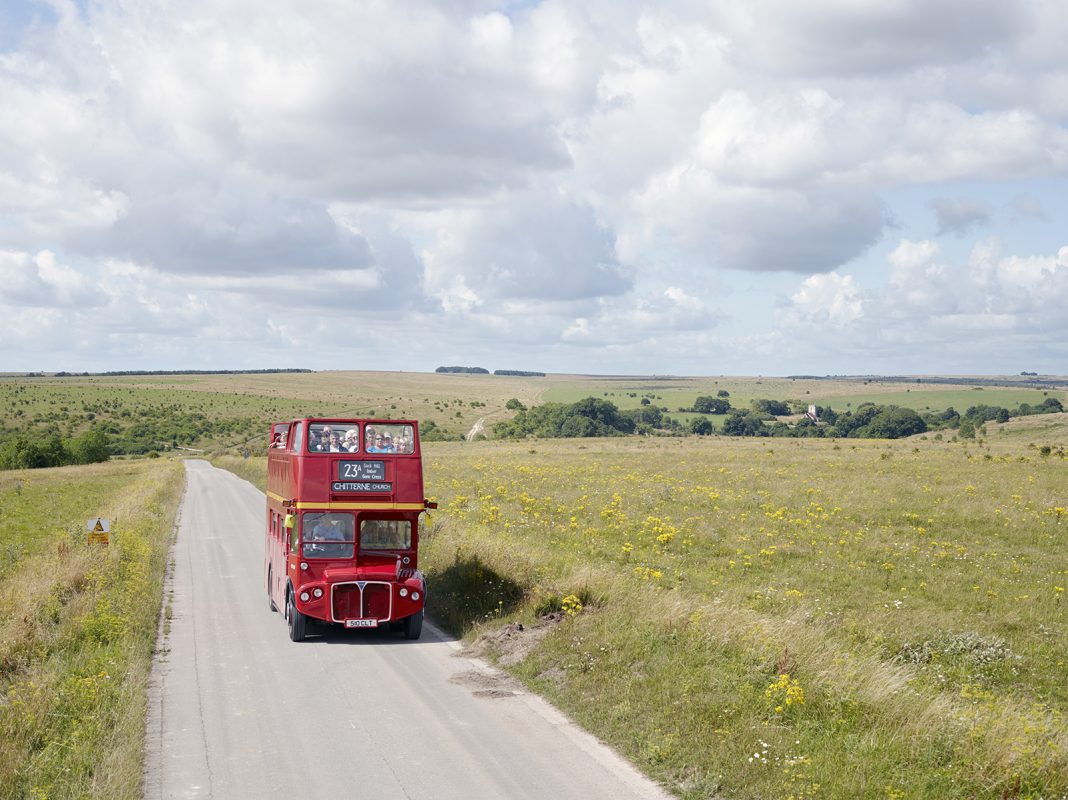 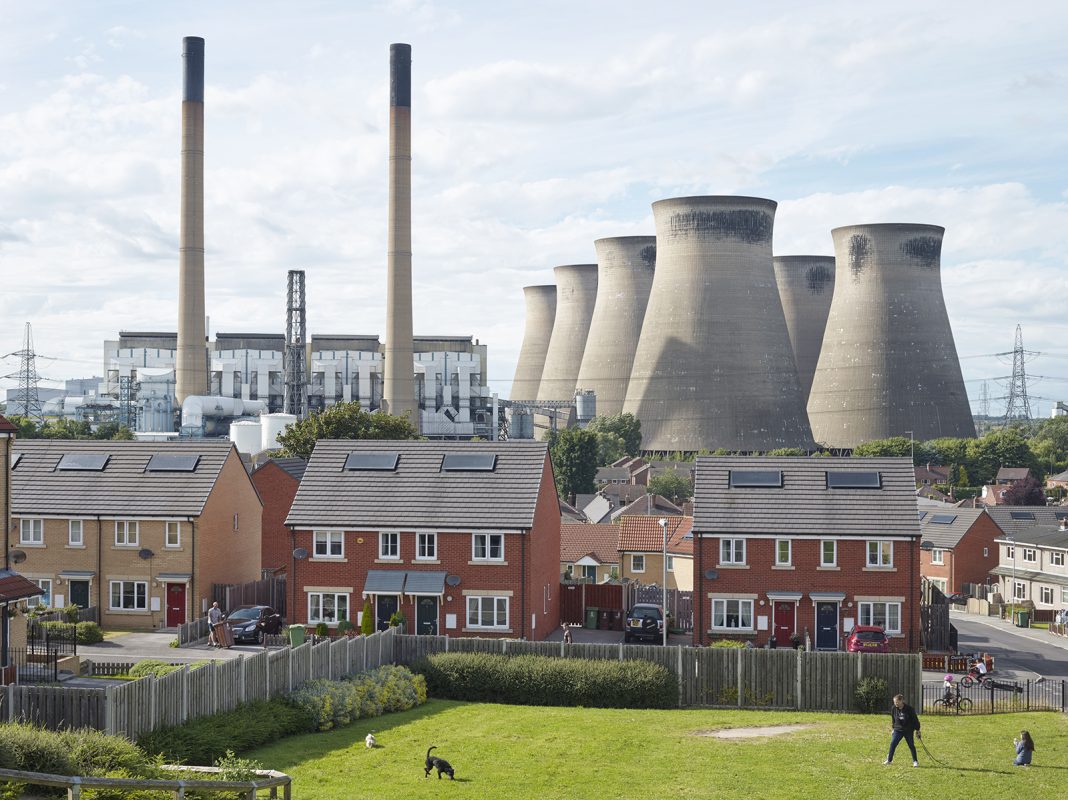 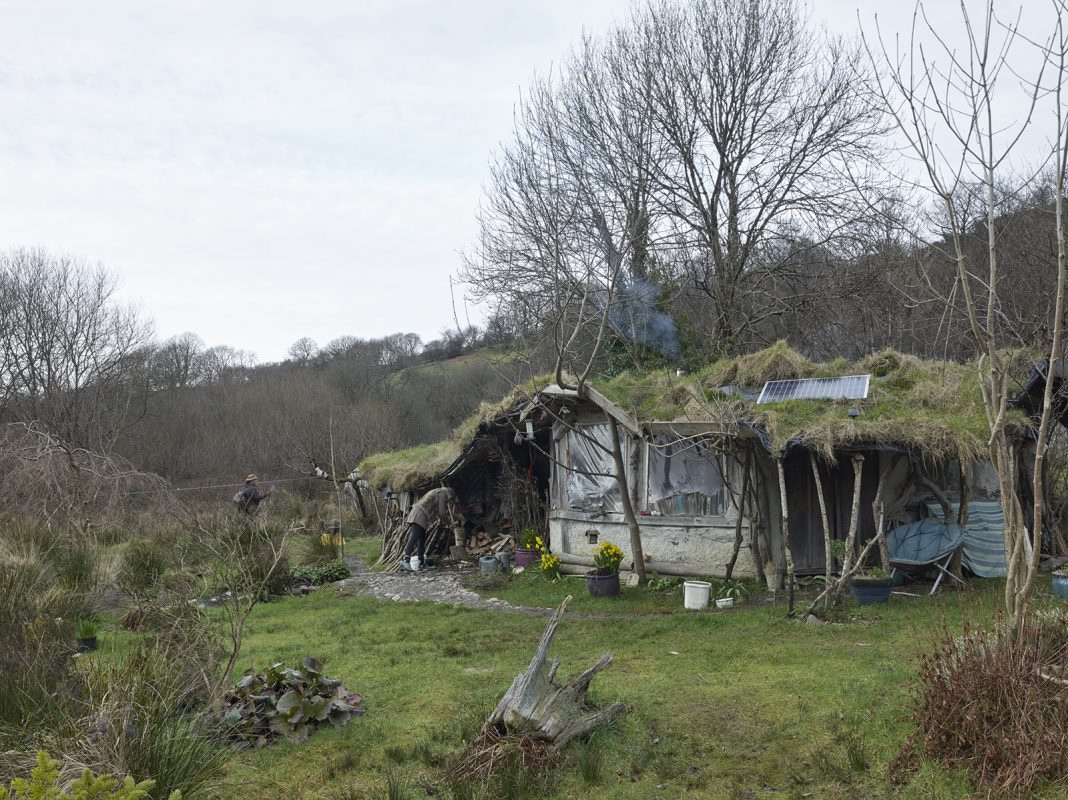 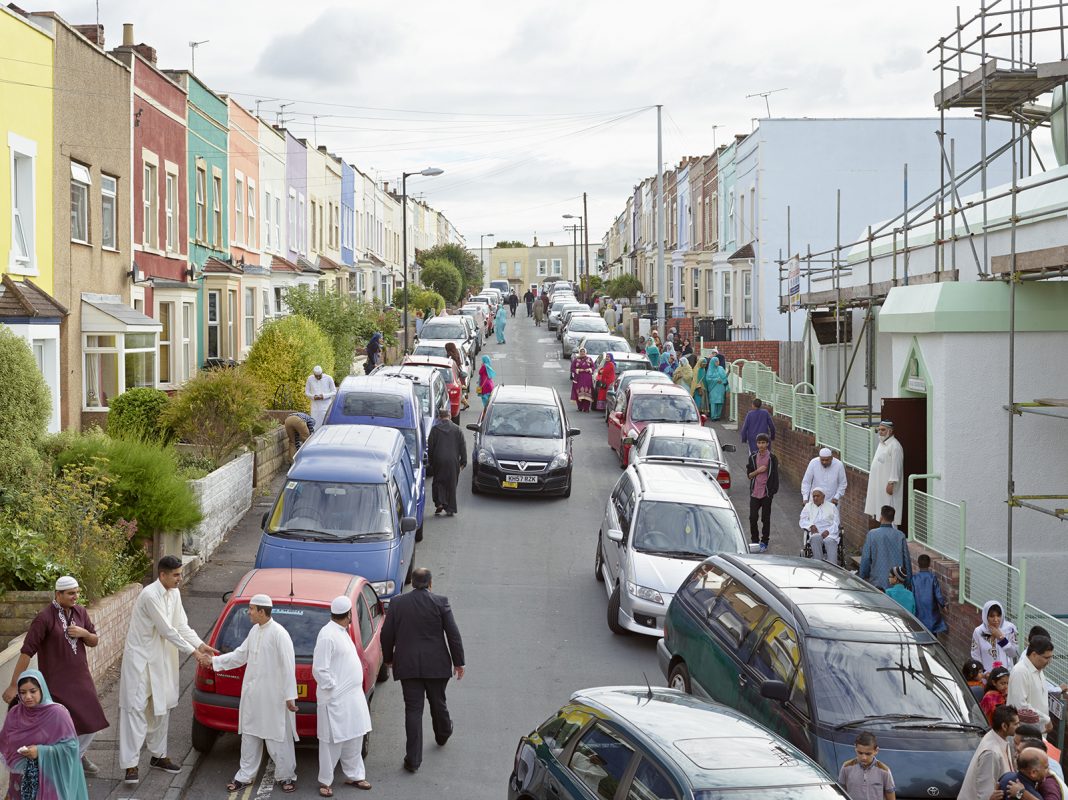 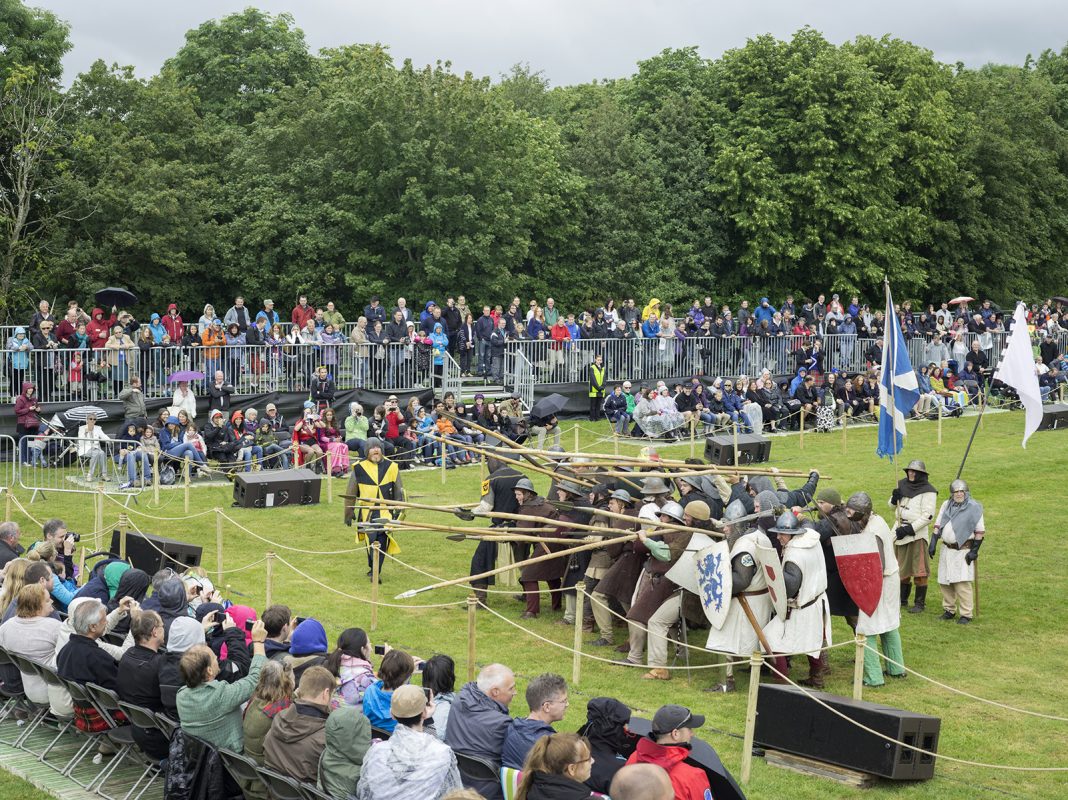 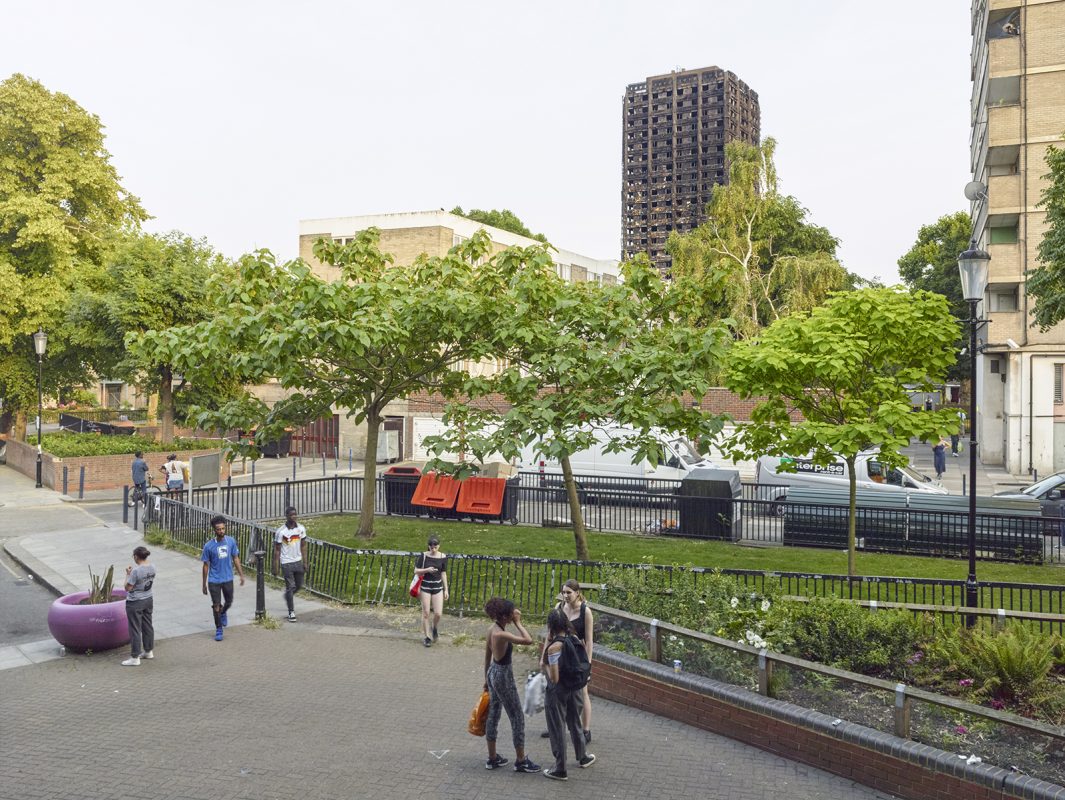 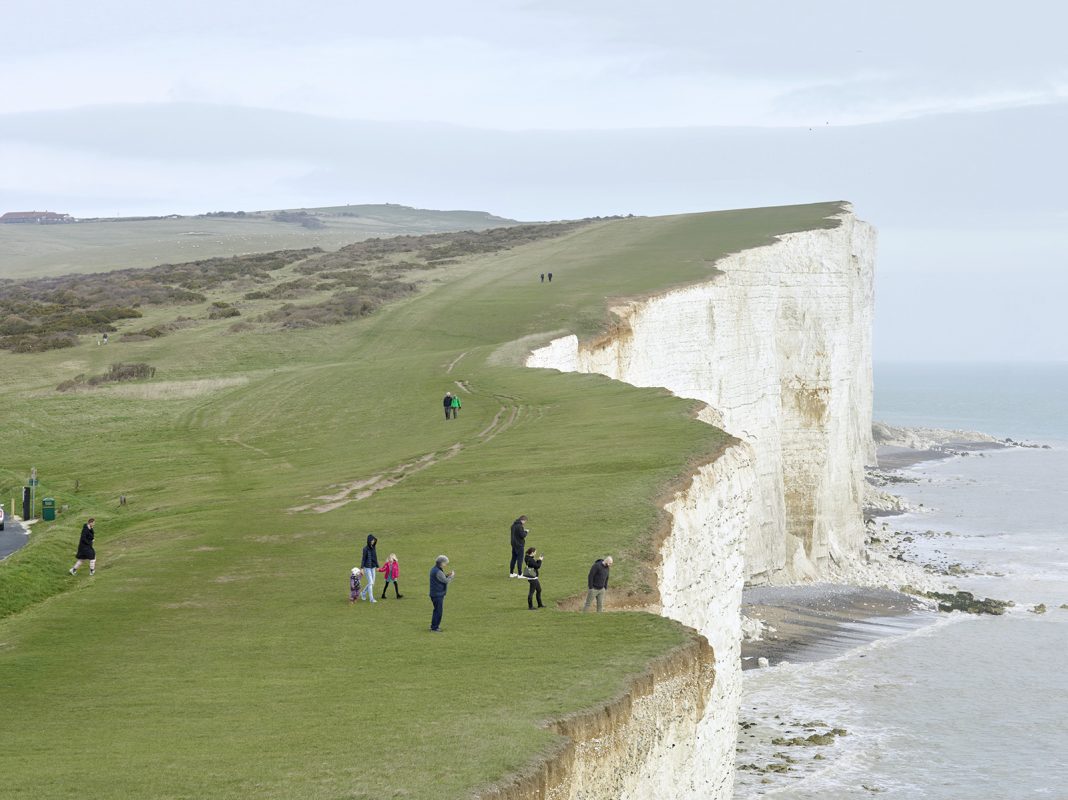 Imagine walking along a crowded street in any British city. It is morning, and the people around you are in a hurry. Most will be on their way to work and have a purposeful stride and an air of thinking ahead about them, and most are looking at their mobile phones. Some are smiling as they work their fingers across the handsets; others are talking loudly into the morning air, spoken names, places, and events conjuring that fleeting sense we all know so well of multiple lives – instantly recognisable but remote – colliding briefly with our own. Now imagine being in a shopping mall. It is later, maybe the weekend, and the pace here is less frenetic. People are ambling with their bags, looking in shop windows, lingering, waiting around and relaxing (retail having long since been resold to us as a space of recreation, as a kind of therapy). Many of the shoppers are also using phones, involving those elsewhere in their leisurely acts of looking and choosing. And all around, the amblers hold long, remote conversations as they move slowly through the mall, waving their arms in exclamation, making open demonstrations of their connectedness, as if being connected was an expression of their well-being and their relevance.

We have become accustomed to this distractedness, and it is a central paradox of our public experience that those drawing most attention to their physical presence on the street or in the mall are often openly declaring an absence of mind. Being there but not there, being explicitly detached, would seem to be a common sign not only of an increasingly affectless public realm, but also of fundamental shifts in the way we understand and value communal experience. It would be tempting to assert, as many have done, that new technology has begun to radically alter our behaviour, diverting us away from physical contact with others towards immobile screen-based forms of communication in a digital space where constant competition for our attention undermines our ability to concentrate, and dissolves or complicates the distinctions we make between what is public and private, social and intimate. Whether or not this is true, it is becoming clear that we now inhabit a plurality of publics and communities, manifest in overlapping physical and digital spaces that have reconditioned our senses of belonging as well as changed our patterns of social interaction.

The nature of public, communal experience has been an implicit theme of Simon Roberts’ photographic work of the last ten years or so. Since he embarked on his project We English in 2007, he has documented events and places across Britain that have drawn people together, all the while compiling evidence that the desire for common presence and participation, for sharing a sense of being ‘in place’, not only endures but might also harbour something distinctive about our national character and identity. That these gatherings are also set in specific landscapes and are embedded in unfolding social histories of place has been a distinguishing feature of Roberts’ investigation, one that has enabled him to critically conflate elements of a British landscape tradition – in which the land is seen as central to the idea of a national culture and identity – and those of social documentary photography in this country, drawn at particular moments in its history to exploratory national surveys. Roberts’ work presents the viewer with complex relationships between people and places, and incongruous juxtapositions of history and contemporary culture that create gentle ironies and underlying tensions across the images. Played out through particular local and regional contexts, it is these tensions that ultimately deny any consistency of mood and resist the coherent, and possibly seductive sense of binding national characteristics.

This decade of work has reflected debates in art and cultural geography that understand landscape not simply as territory or a mode of representation but as an active process, shaped over time by politics and economics as well as by geological and environmental forces. This process is largely one of incremental change, manifest in different ways and at different speeds across diverse spaces, and, in Britain, Roberts interests have gravitated towards evolving patterns of leisure, the consumption and commodification of history, militarisation, and to lines of demarcation and exclusion in the landscape. But in parallel to this, he has also chosen to photograph events and places that have a more immediate, topical significance in the turning of Britain’s recent history, and which – again summoning the sense of a national survey – might collectively offer a form of pictorial chronicle of these times. It is these particular photographs that provide the structural focus and thematic substance of this book.

Merrie Albion ranges across various projects, both commissioned and independently produced over the last ten years, from single photographs made around the time of We English, to Roberts’ subsequent photographs of the General Election of 2010, his series The Social: Landscapes of Leisure (2013) and National Property: The Picturesque Imperfect (2013–15), and his photographs from the 2012 Olympics in London. The book also registers a distinct shift in approach, and tone, from We English. In Merrie Albion, Roberts has exchanged the element of discovery and revelation that came from his prior speculative journeying around England to many new and, for him, unknown sites, for a form of ‘reporting’, where he has responded to subjects and places that have already entered the public consciousness and can be seen as defining locations in the recent national story.

Roberts’ work on the 2010 General Election can be seen as representative of this change of emphasis, and its photographs assume a pivotal role in Merrie Albion. Importantly, they distinguish Roberts’ particular manner of recording events from that of the photojournalists and reporters who often appear in his pictures, as one not primarily concerned with capturing newsworthy aspects of the election but with observing what might be called the broad and multifaceted choreography of the electoral process as it unfolded in British social space. One abiding effect of this approach is that the photographs undercut the sense of politics constructed for us by the media, both by revealing that process of construction taking place and by giving equal status to scenes that would be deemed un-newsworthy, affording a monumental quality to the prosaic drama of the election embedded in the everyday fabric of British life. As Roberts steps back with a large-format, five-by-four-inch camera to take up his customary elevated, detached viewing position, the activities and incidents of the election, the jostling, walking, waiting groups of people, are not simply diminished in scale by the expansive space surveyed by the camera lens, they appear now as figures set against a much broader arc of social time, that slower course of history within which the towns and villages they live in – the housing estates, the communities, the streets, pathways and networks of communication – have developed into the familiar landscape of this country. This is the dialectical space/time of Merrie Albion’s social panorama.

Roberts’ apparently quiet, detached chronicling of the events and public atmospheres of Britain’s recent past – charting the mood swings of a diverse national culture – is also a discreet opening up of a set of complex ideas about places and their histories, and about the abiding influence of the country’s past on its present. In his comparative observations and contextual annotations Roberts provides his own form of narration here, and invites us to look with him, to think again, and maybe to think differently about Britain at a time when ideas of our national identity, our national culture and our international relations have never been more fiercely contested.

The world of Merrie Albion is a subdued, anti-theatrical space, with its slower time and sometimes daydreaming sense of duration, and its social panoramas displaying the consciously style-less, apparently detached and indifferent attitude that declares the photographer’s sociological interest as he journeys through the landscape of Britain over the course of its recent history. Yet, as this book so quietly suggests, this history is one of dramatic change and extreme social contrasts, and it is precisely that drama, the drama of difference and upheaval, matched against Roberts’ dispassionate recording of its representative events, places, and social gatherings, which gives his photographs their distinctiveness and unique value.

In many ways these marked shifts of place, culture, and atmosphere create, in themselves, an overriding sense of uncertainty and anxiety in Roberts’ national chronicle as it moves slowly towards the referendum and Brexit, and then culminates in the terrible iconic image of social inequality, injustice, and trauma formed by the blackened high-rise tomb of Grenfell Tower. At its heart Roberts’ work seeks to quell the visceral drama of events. He does not thrust his camera into the action, but steps back to see the wider picture, to create photographs that embody a kind of weighing up of complex tableaux of comparative information – whether that be a political rally winding away down a city street or a family on a beach, pausing for a moment to stare out to sea. Merrie Albion is a partial account; it is selective and subjective; but Roberts’ pictures draw us into the slow unfolding of social time and provide points of connection that encourage us, from one image to another, to think not only about the varied scenes as part of a unified historical process but ultimately to reflect on our own place in that history. ♦

All images courtesy of the artist. © Simon Roberts

This essay is adapted from one of the accompanying texts for Merrie Albion: Landscape Studies of a Small Island, published by Dewi Lewis and has been reproduced with kind permission. An exhibition of the works runs until 10 March 2018 at Flowers Gallery, London.

–
David Chandler is a Professor of Photography at University of Plymouth. Since 1982 he has held various curatorial roles in museums and galleries, including the National Portrait Gallery, London (1982-88) and The Photographers’ Gallery, London (1988-95). Now he works principally as a writer, editor and curator, in the fields of contemporary photography, photographic history and the visual arts. He was also Director of Photoworks, Brighton (1997-2010).