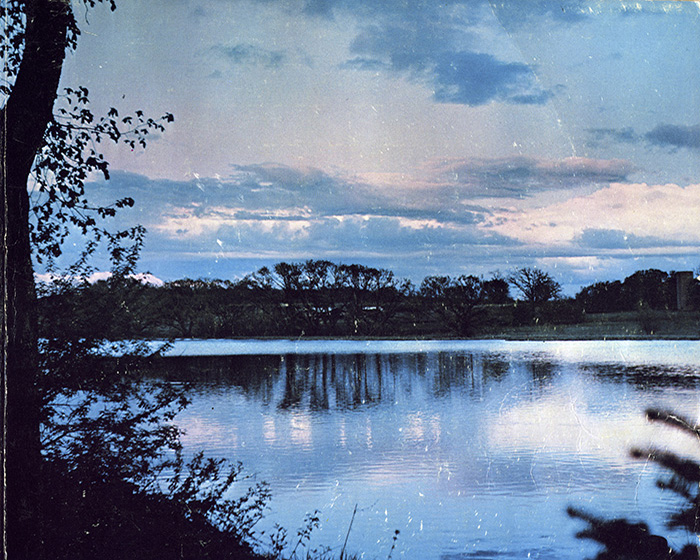 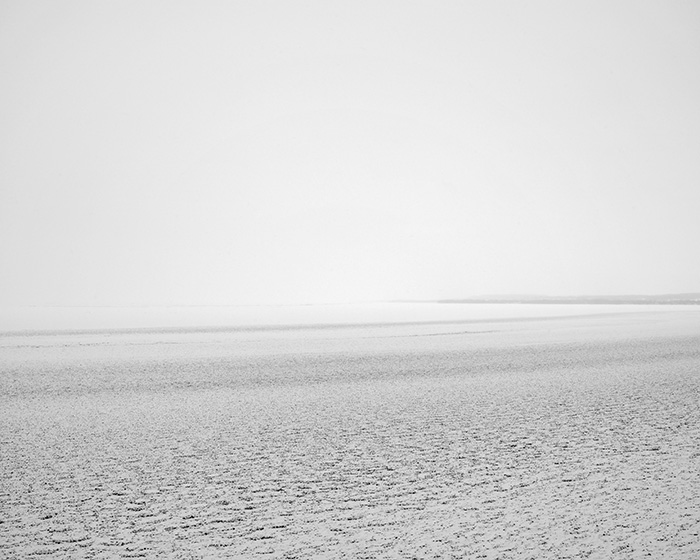 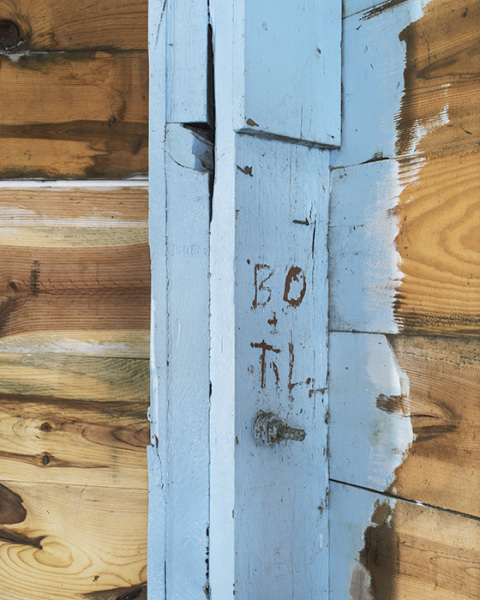 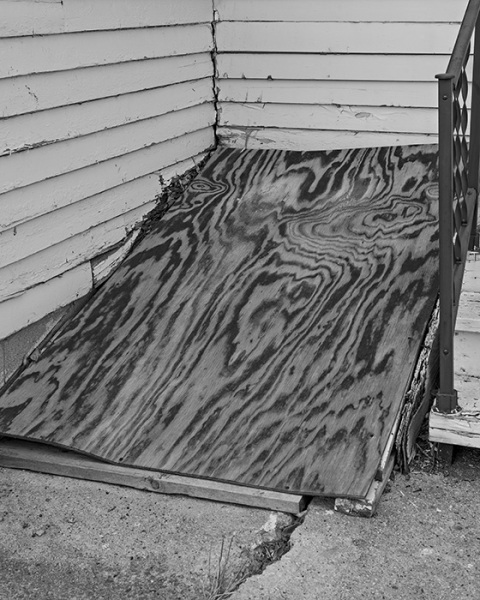 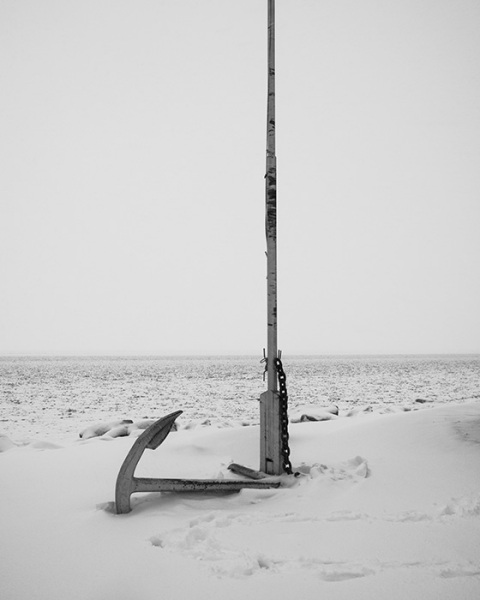 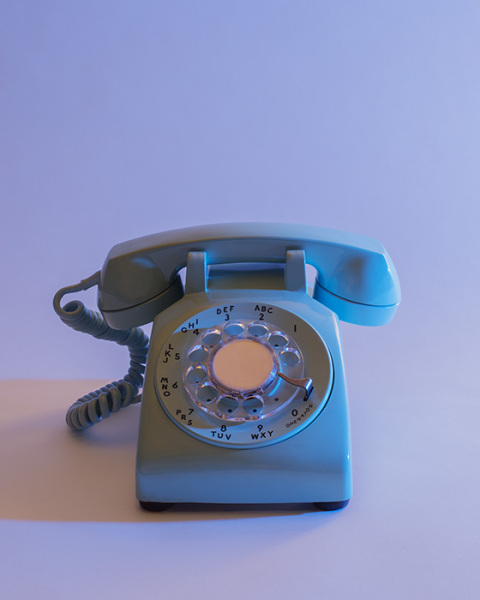 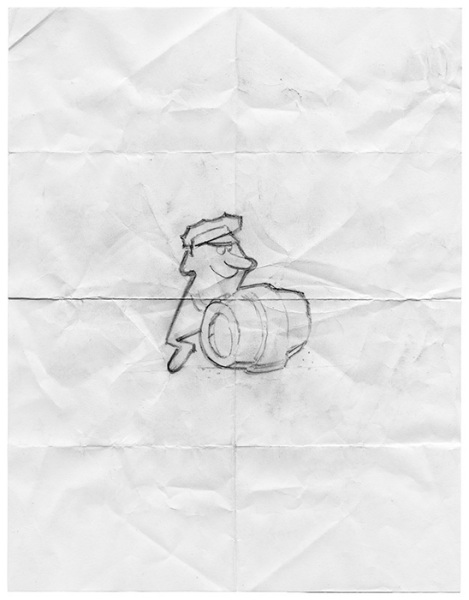 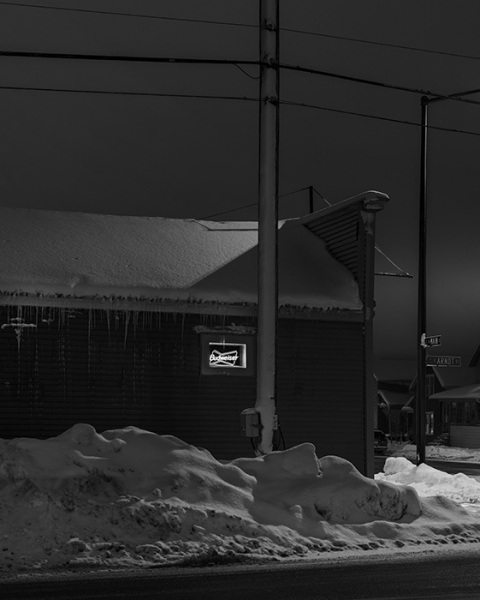 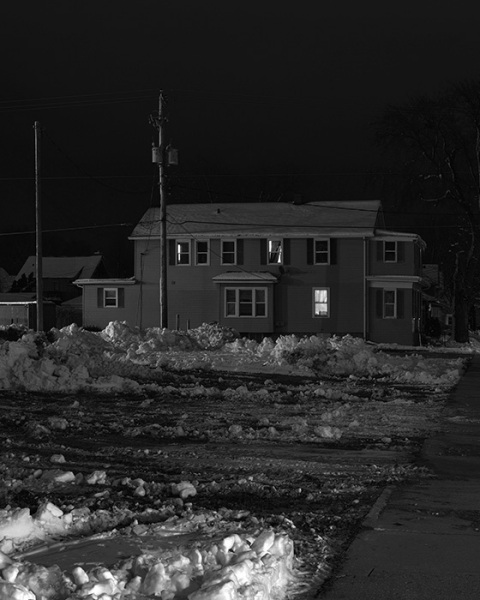 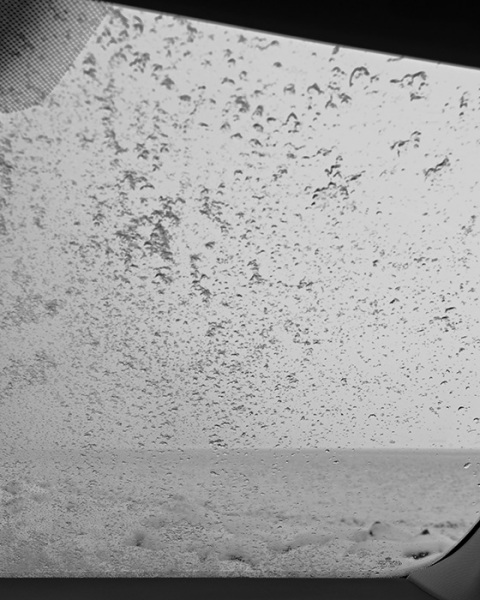 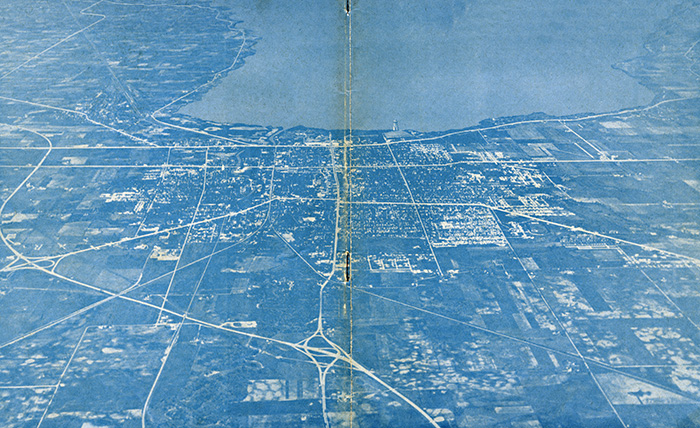 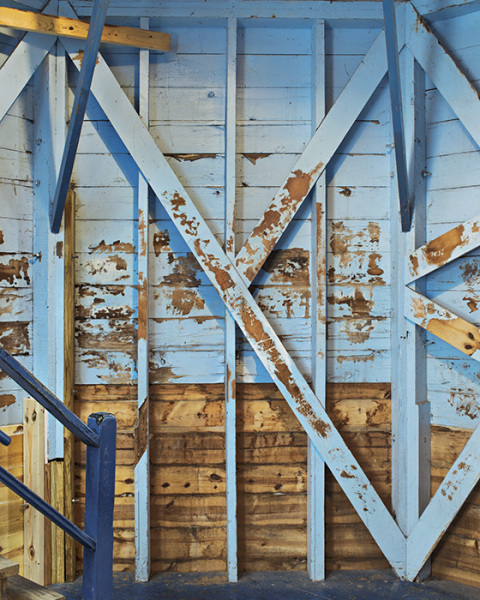 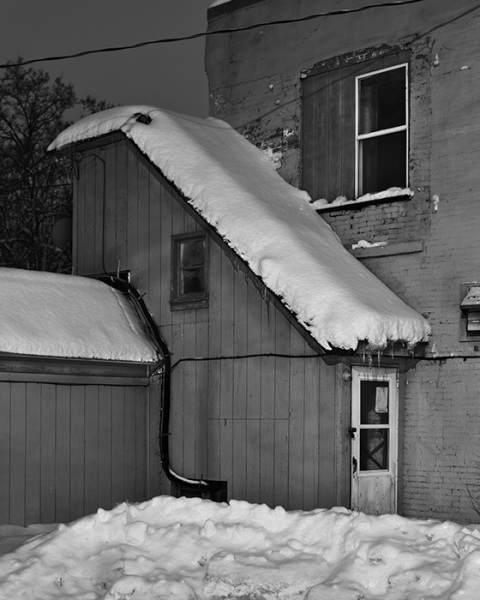 Bottom of the Lake

Bottom of the Lake brings together Christian Patterson and Paul Schiek, both from Fond du Lac, Wisconsin, a city of nearly 45,000 people perched on the southern end of Lake Winnebago. The city’s name is French for ‘bottom (or foot) of the lake,’ from which the series of photographs draws its name. In 2006, Schiek, the founder of TBW Books and a photographer himself, began a subscription series of four annual titles, which would include both emerging and well-known artists. Patterson’s group includes Raymond Meeks, Alessandra Sanguinetti, and Wolfgang Tillmans and each book is identical in size, shape, and binding, like a periodical. Taking advantage of the opportunity to make personal and poetic work, Patterson made the pictures over two days when he was home for the holidays. The resulting photographs reveal less about the place than they do about a way of seeing. Indeed, it is difficult to discern much, if anything, about the lakeside city from the abstract and enigmatic pictures. So what do we see?

A few themes are immediately apparent and provide an outline for Patterson’s forensic methods and focused vision. Weaving together diverse visual threads, which overlap again and again, and maintaining the emotional distance he employed in the critically acclaimed Redheaded Peckerwood, Patterson challenges us to analyse and dissect his book, as if it is a problem waiting to be solved. He employs an approach that has come to define his bookmaking: multi-faceted storytelling using a specific colour palette punctured by black-and-white pictures and comprising still-life, landscape, appropriated material, drawings and objects.

Two subjects, a phonebook and a lighthouse, recur throughout the sequence, serving as a key to understanding the structure of the work through time and place. The book opens and closes with an image of the first Yellow Pages published in Fond du Lac after Patterson’s birth. Returning to the time he was born, he presents us with the page that lists taverns, many with colourful names, such as Inn-Ka-Hoots and Attitude Adjustment Hour. How can a city of 45,000 support so many bars, he seems to ask? Patterson sets out to discover which of these pubs from 1973 still exist. As his exploration progresses, we discover matchbooks from these locales posed as fictional advertisements, clip art from the phonebook, and the extant taverns themselves. Apart from the drinking culture, Fond du Lac is known for its lighthouse – a beacon on the shores of the lake. By photographing the interior walls of the lighthouse and the ‘X’ beams that support the structure itself he transforms the town icon into an unrecognisable abstraction. It is as if Patterson returned to his hometown on a mission of discovery: using the yellow pages as his map, the lighthouse as his bearing and the taverns, landscape, and ephemera as signs to be read. The contrast between how the town is publicly known (a safe harbour at the edge of a lake) and the darker connotations that come with a pastime of drinking presents a clinical response to the uncharted perils of harsh winter living.

The polysemous title, Bottom of the Lake, references the literal translation of the city’s name and its location, and also elicits a mood drawn from the deep depths of murky water. The pictures themselves are silent and cold, as if submerged. Colour is an important element in setting this mood. Patterson, who worked with William Eggleston and whose first book, Sound Affects (published by Kaune Sudendorf in 2008) emphasised the relationship between colour and musicality, is savvy in his ability to coax feeling (or the lack thereof) from colour. Both Sound Affects and Redheaded Peckerwood embraced a saturated, even acidic palette that popped against the black-and-white ephemera he so adores. In Bottom of the Lake, the spectrum is confined to a specific blue niche (between a pale sea green and robin’s egg – drawn from the cover of the 1973 Yellow Pages) as if Patterson had translated the crystallised mist of a cold winter day from the air onto emulsion. Each page has only the essential colours against a wood grain that sets the neutral tone – and even the black-and-white pictures are stark, cold, flinty, and crisp.

The taverns, all in black-and-white, enhance this sense of coldness. Often dark and run down, the buildings show their age: a distinct American type, decrepit, with peeling paint and dripping icicles. We never see the interiors or the patrons that keep these establishments in business. The snowdrifts in the foreground build an extra barrier between us – distancing us further from their warmth. It seems as if we’re on a midnight tour, and signs of life are distant or hidden. The depiction of these buildings as aged and frozen evokes both the passage of time and the impossibility of return and the simultaneous memory that remains unchanged.

The series rewards close looking; while the contextual relationships are slower to emerge, formal patterns unite the pictures. Landscapes, images of snowfall, and wood grain seamlessly interweave the progression. Many of the pictures refer to the lighthouse and the landscape surrounding it: the stone monument at its base and the cornerstone, so worn that it no longer reveals the 1933 date the lighthouse was built. These abstract references to the landmark have resonance for the artist, but for us they are sculptural, detached, the connections intangible. Patterson explains, “In the short period of time that I spent making this work, several motifs emerged – the colour blue, snow, stone, water and wood. These natural elements are a common part of life in this northern lakeside town. I was also interested in their abstract visual qualities, and their abilities to resemble one another. There are photographs of snow that resembles stone, wood that resembles water, stone that resembles wood, water frozen into ice, and snow melting into water.”

Bottom of the Lake is not a story about returning home, instead it speaks to transformations in vision and point of view as one evolves as a person. Patterson notes, “I now see Fond du Lac through a strange prism with many different sides – the faded, hazy views of a native, a son, a child, an adolescent and a teenager; the clearer, more discerning eyes of an adult; and now, I hope, the more perceptive gaze of an artist. I guess that gaze is more than just one side of the prism; it is the prism itself.”  ♦

—
Lisa Sutcliffe is the curator of photography at Milwaukee Art Museum.