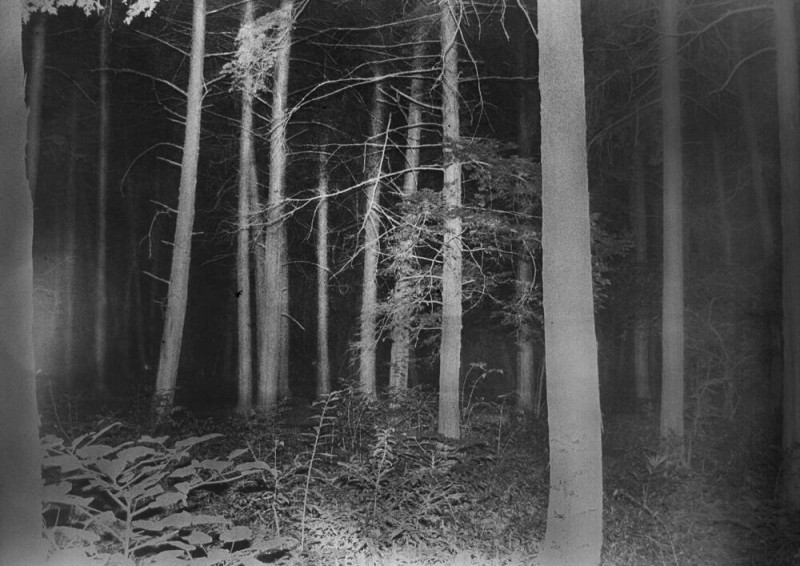 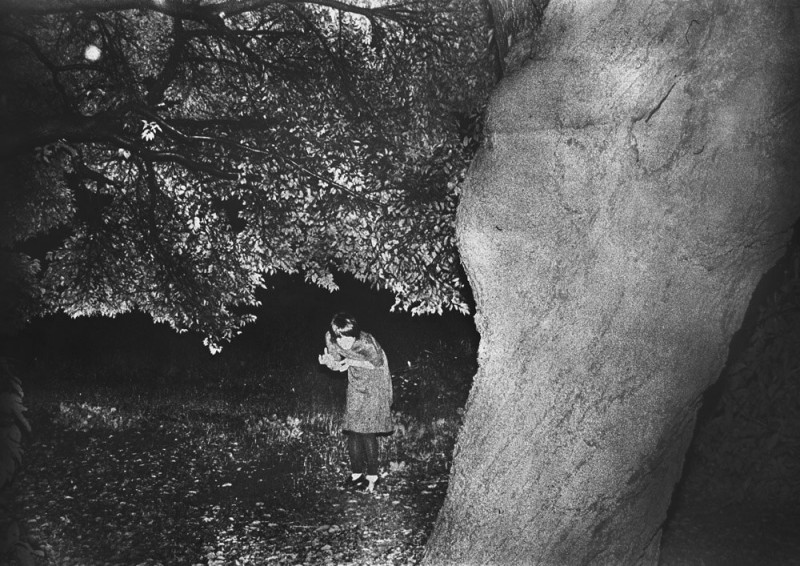 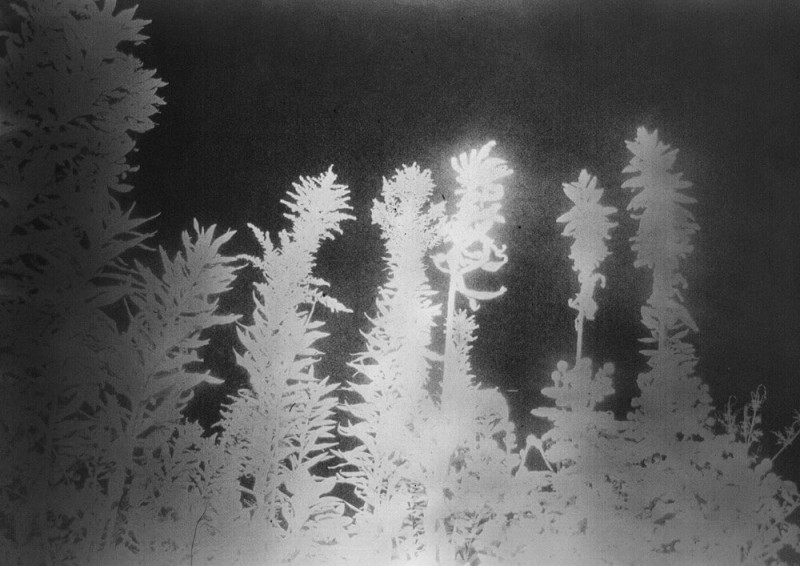 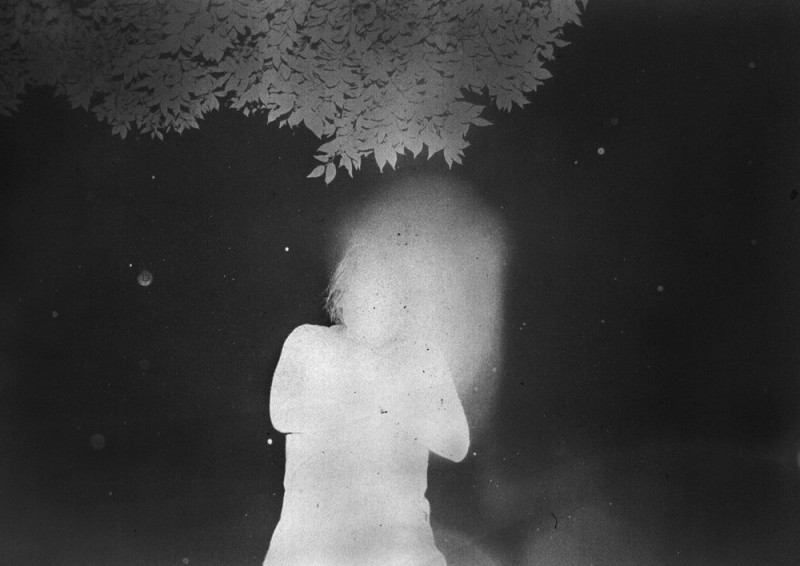 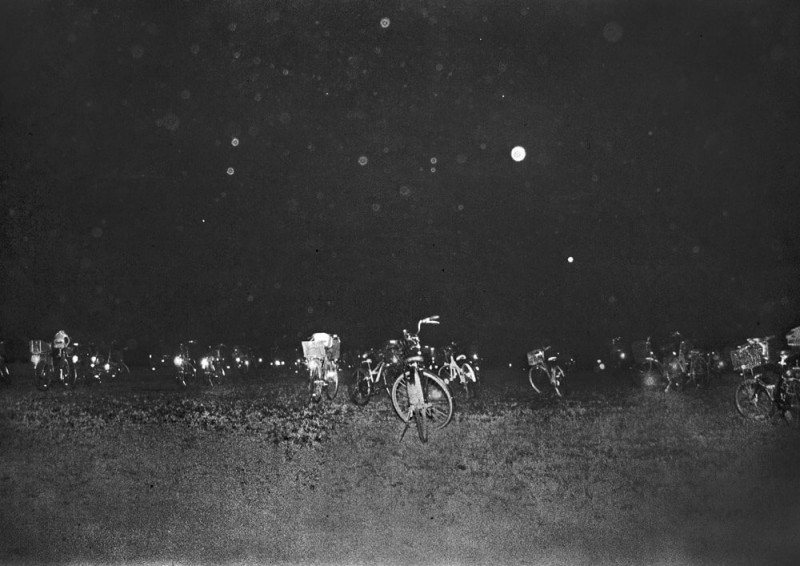 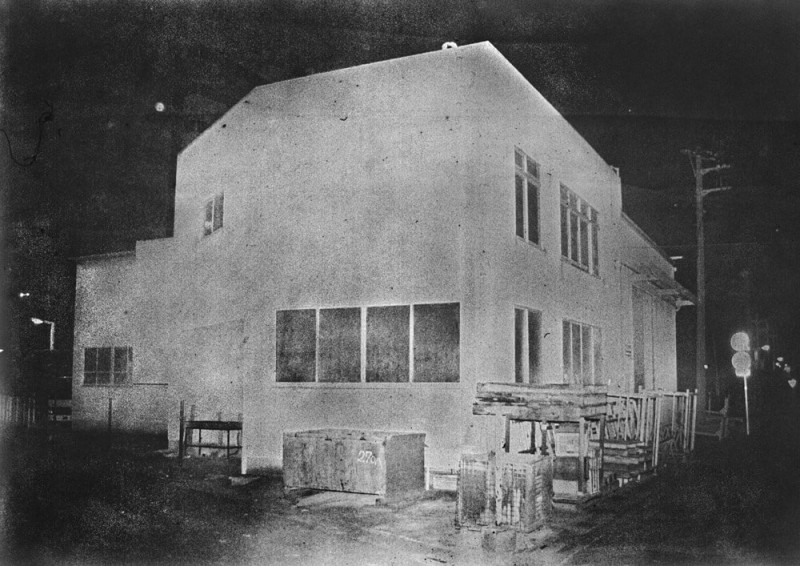 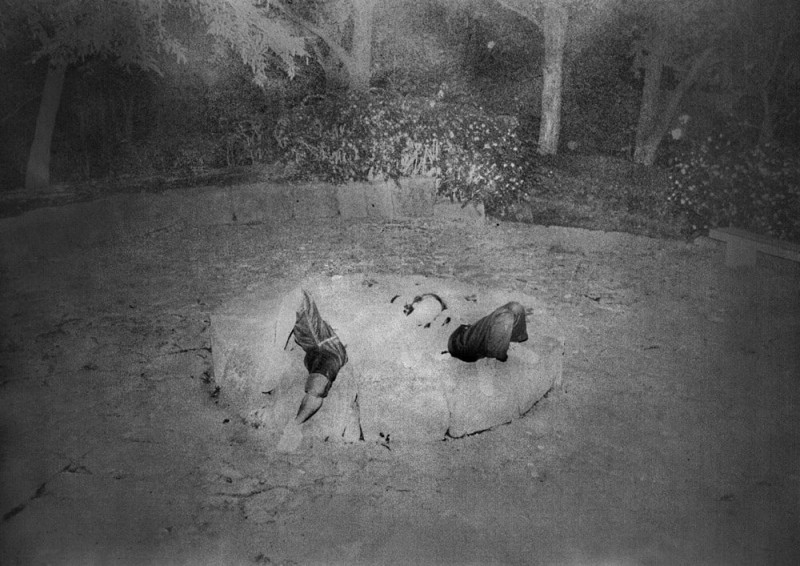 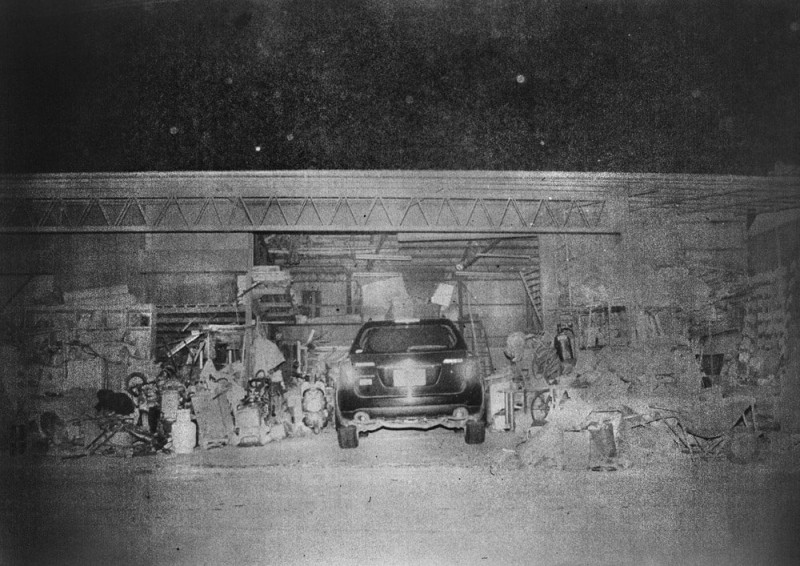 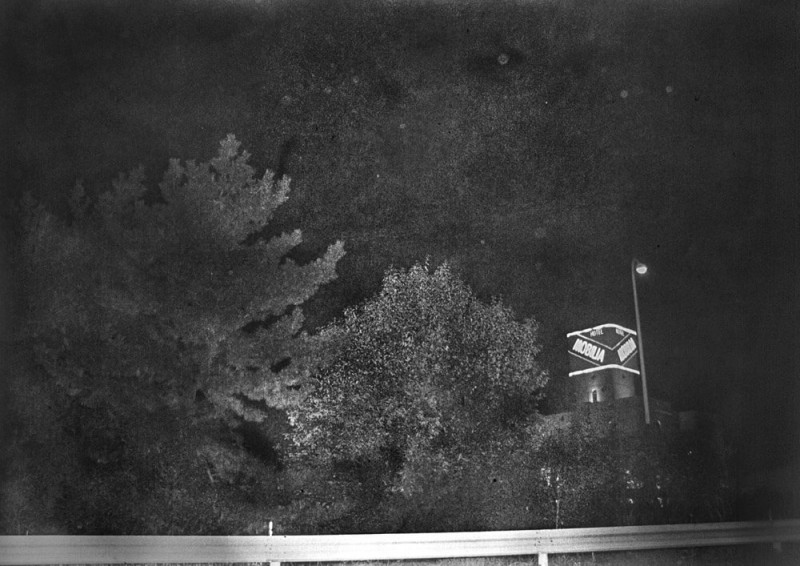 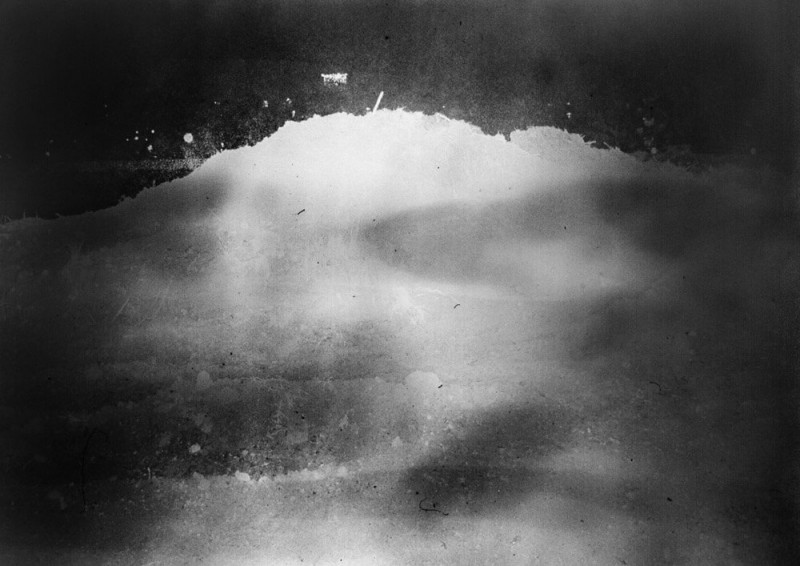 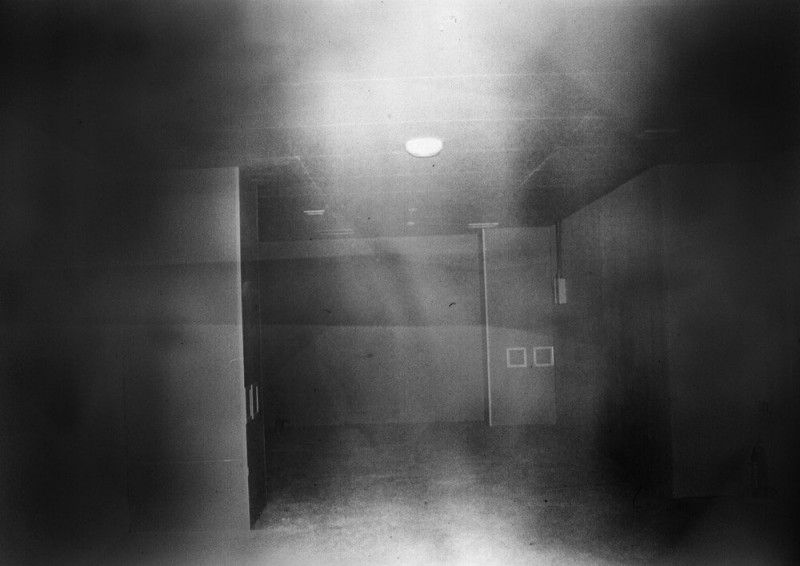 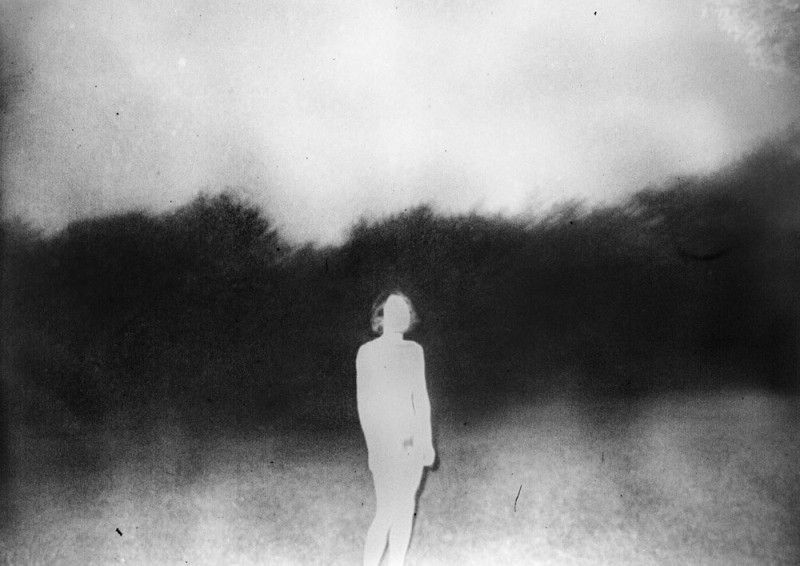 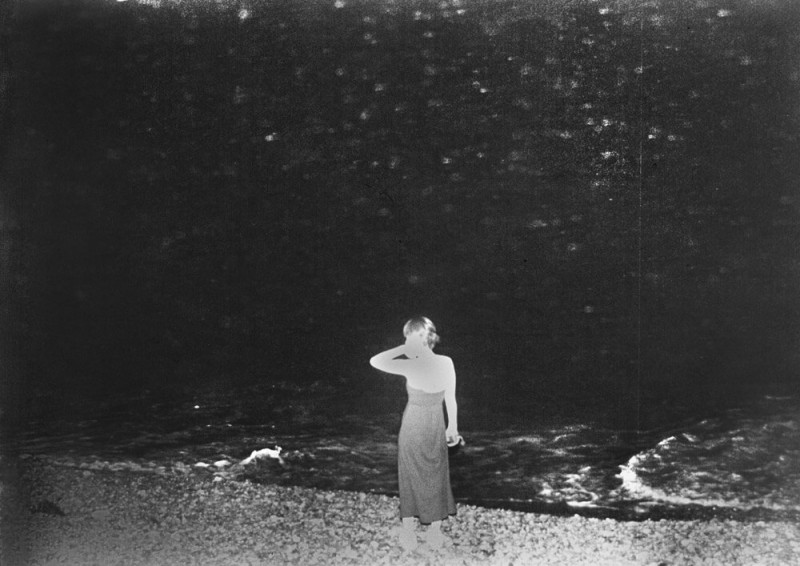 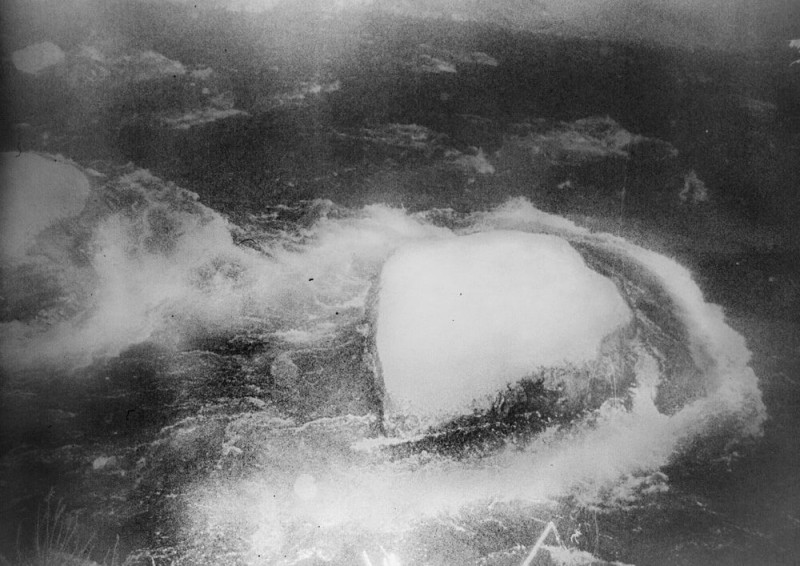 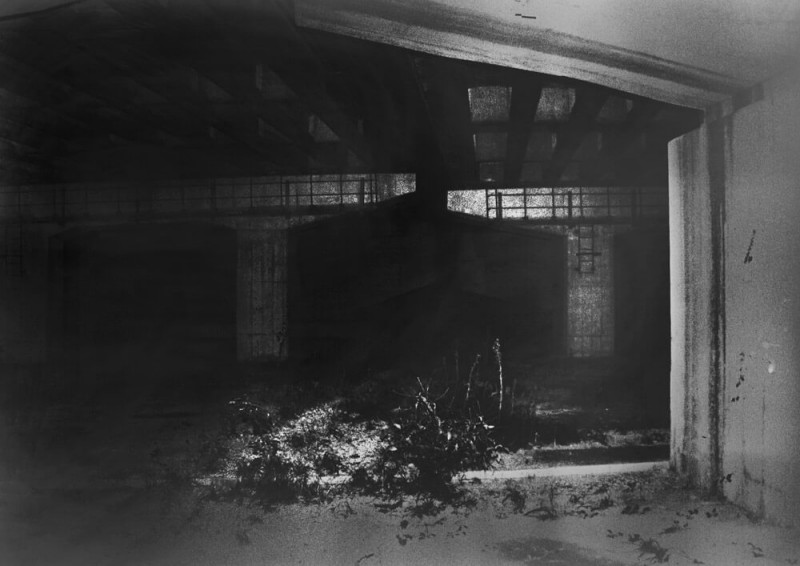 There is a revolution going on in the works of emerging photographer, Daisuke Yokota, a revolution that links the past with the future of Japanese photography and reflects the artist’s desire to capture ideas of how memory is affected by the passage of time. His images appear at first to be the remains of a science fiction film set, illuminated by a silvery light that blasts everything like an atomic explosion to the point of removing all detail and origin. A futuristic vision, yet within its foundation is an ongoing thread continuing a tradition that emerged in the 1960’s – twenty years before the photographer was born.

This new way of seeing began with the emergence of Provoke, published by Takuma Nakahira and Koki Taki in 1968. The artists and publishers of this seminal magazine presented new visual ideas and explored more intimate realities, ripping the medium of Japanese photography from its past, more controlled origins of strict reportage and social documentary. The artists published in Provoke freed image making in Japan, pushing photography into an exciting new territory.

Daisuke Yokota takes an active part in this ongoing visual conversation. His use of experimentation as a vehicle to eliminate information and narrative, continues what Daido Moriyama et al began when they responded to life in post-war Japan with an aesthetic known as ‘are-bure-boke’ (literally ‘grainy, blurry, out-of focus’), which allowed photography to be considered strictly for its material nature and removed any sense of a record of reality. They reached out, as Taki wrote in the Provoke manifesto, “…to grasp fragments of reality far beyond the reach of pre-existing language, presenting materials that actively oppose words and ideas … materials to provoke thought.”

Similarly, Yokota says multiple processing and experimentation are also integral to his practice. “There are no stories in my work. There is only what the viewers find within it for themselves. I am more interested in exploring time and multiple possibilities that exist in reality.”

Yet Yokota also uses multiple layers of re-photographing to obtain happy accidents and thereby assimilate his ideas of how memory is shaped and evolved over time. He explains: “We recollect a single experience from the past again and again, but never in the same way twice. Memories are experienced in relation to the present. As we go through the act of repeatedly recalling our memories, I believe these memories change in relation to what is happening to us now. Although physical experience of time is singular, time at a conscious level can multiply with each recollection of memory and the different experiences of time generated by these actions pass in parallel to a physical time. By recreating those multiplying memories via a series of recollecting actions, I use them as important data that tell me about my current self and my surrounding world.”

The photographs that make up his series Back Yard illustrate this exploration. They are gracefully messy in their appearance. “During the development of my film,” Yokota says, “I stick rubbish to it and experiment with uneven development. I purposely add natural phenomenon to digital data.”

His endless re-photographing from colour to black and white, along with the use of traditional darkroom techniques, such as over processing and solarisation, break down each image to capture the passage of time in a physical way. Although barely recognisable on the one hand, there is a striking feeling of familiarity, which invites openness. “I try to keep away from figuring out the exact place, or person in my images. In this way the viewers can easy to put themselves into them,” he adds.

In terms of presentation, Yokota has utilised zines as a way of disseminating works such as Site and Back Yard; “The difference between zines, photo books and exhibitions lies in how the viewer participates with the work,” he says. “With a book, both the viewer and I must step back and think about photography in an active and intimate way. Publishing also allows the possibility for more viewers to experience the work through the mass production of zines.”

In these self-published zines, he makes his works accessible for a wider audience, but he also uses them to further experiment with his imagery and add another layer through his choice of paper and publishing methods. He has also created publications in dialogue with other artists, as evidenced in Nocturnes, six slim volumes by the photographic collective AM Projects of which Yokota is a member. Again, zines, flyers and photobooks also have a long lineage in Japanese photography dating back to the 1960’s. When the photo market was virtually non-existent in Japan, these outlets were the only means of accessing the medium. Japanese photographers included these methods of mass distribution to their practice out of a sheer necessity to communicate and exchange ideas within their artistic community. Ink, paper, methods of construction etc were all hugely important, making intense study and understanding of the details of publishing paramount to photographers.

The subjects in Yokota’s work balance earthy elements with looming banal architectural shapes and room interiors, sometimes featuring twisted, faceless silhouettes. In this way the artist takes his audience into a realm of surrealist expression, which balances urban materiality against nature’s organic forms, while striving toward a similar notion of ‘pure’ imagery as evinced by Daido Moriyama, Yatuka Takanashi and Taki.

Yokota compares his working methods to those of an electronic musician; he says he employs his own version of static, noise, reverb and multiple recording processes in a visual way to create a wordless ambience. Mimicking sound layers with visual noise and interference and purposefully blurring all traces of the original draws from his cultural past and explores new ground. Ansel Adams had a theory that each negative is comparable to a composer’s score and the print its performance. With Diasuke Yokota’s own brand of back yard magic he stretches this theory and again pulls it from a classical association, to something decidedly closer to punk rock. ♦

Daisuke Yokota was born in Saitama, Japan in 1983. A graduate of the Nippon Photography Institute, he was selected for the New Cosmos of Photography exhibition at the Tokyo Metropolitan Musuem of Photography in 2008. Yokota is included in the group exhibition with the members of AM projects in their first gallery show, All Colours Will Agree in the Dark at Noorderlicht from 6 April – 18 May, 2013.

All images courtesy of the artist. © Daisuke Yokota