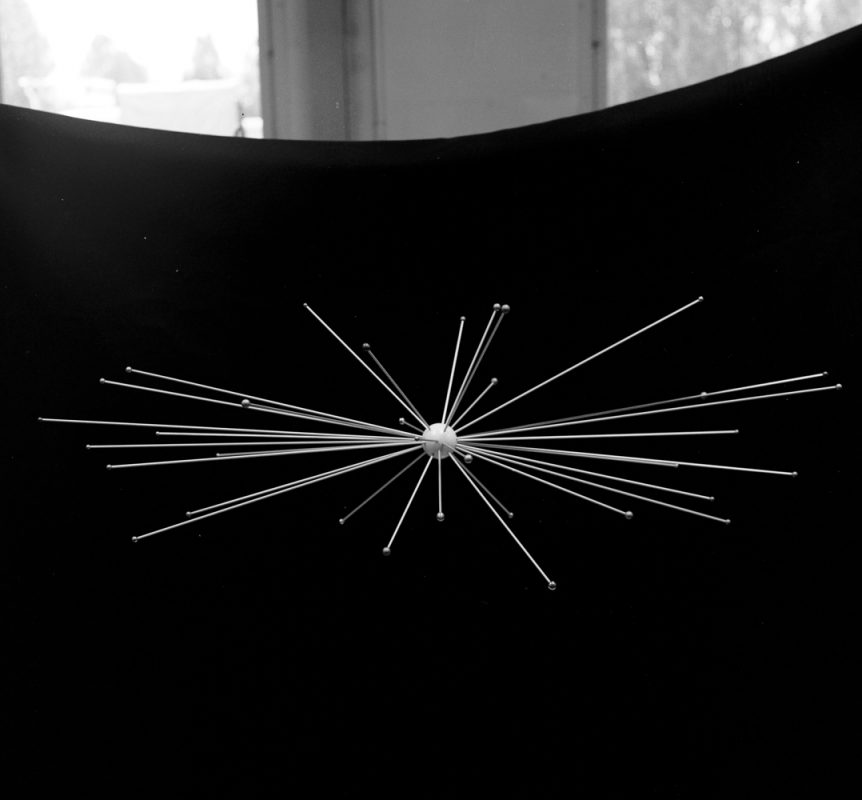 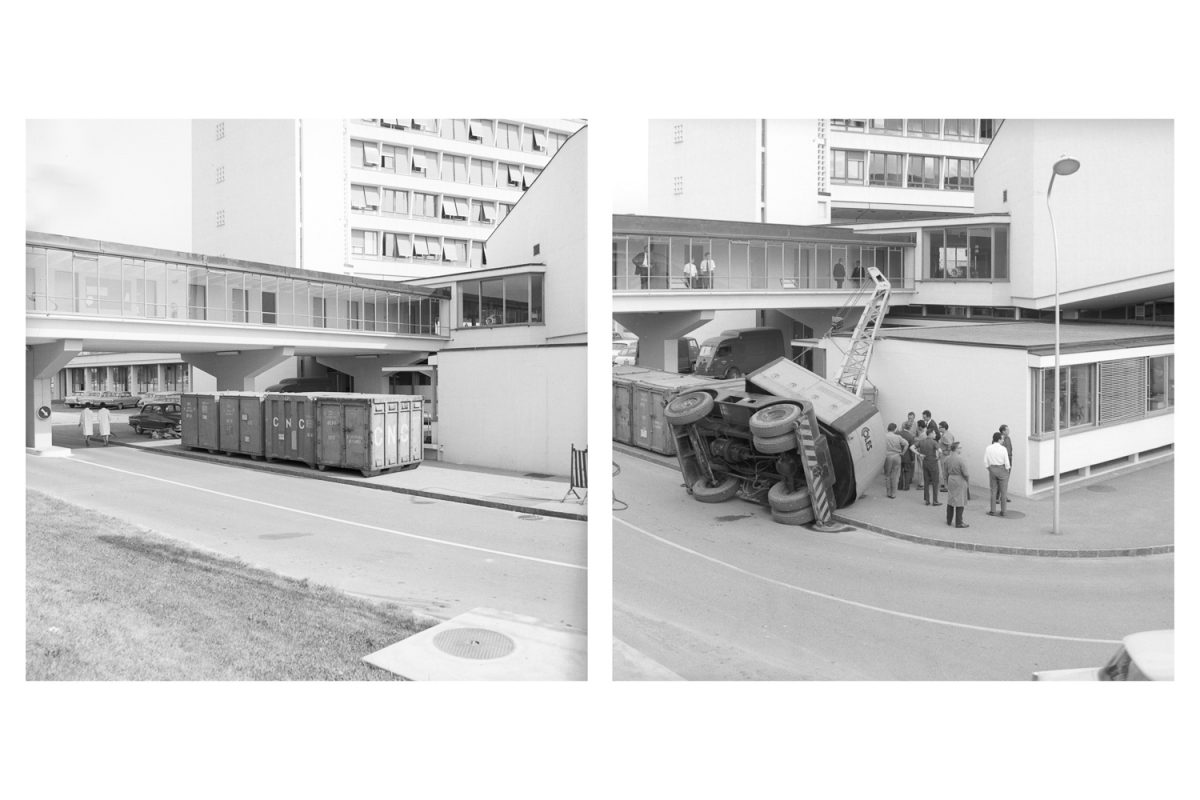 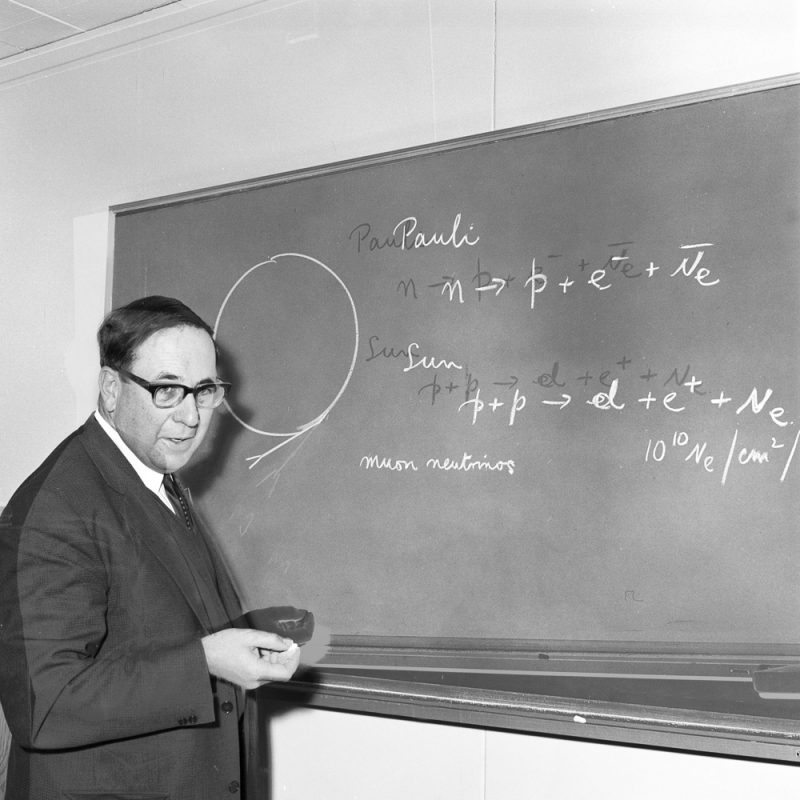 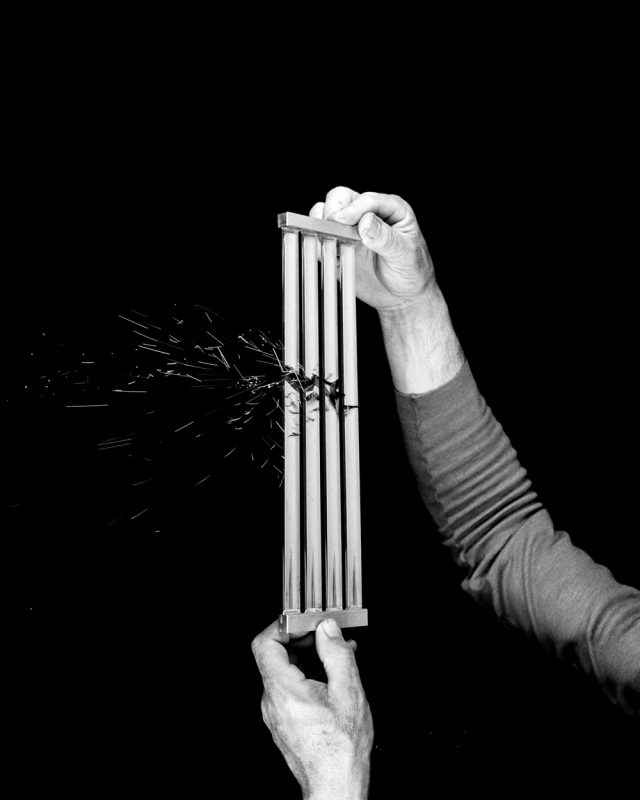 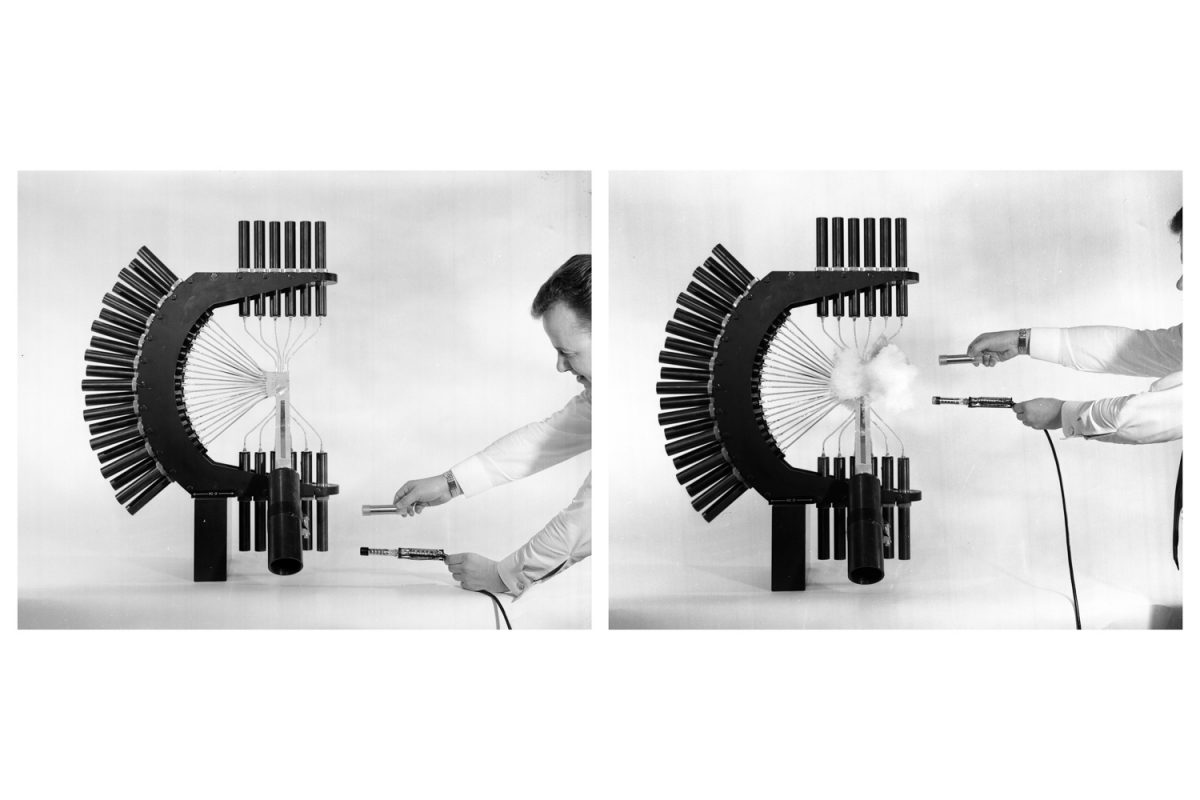 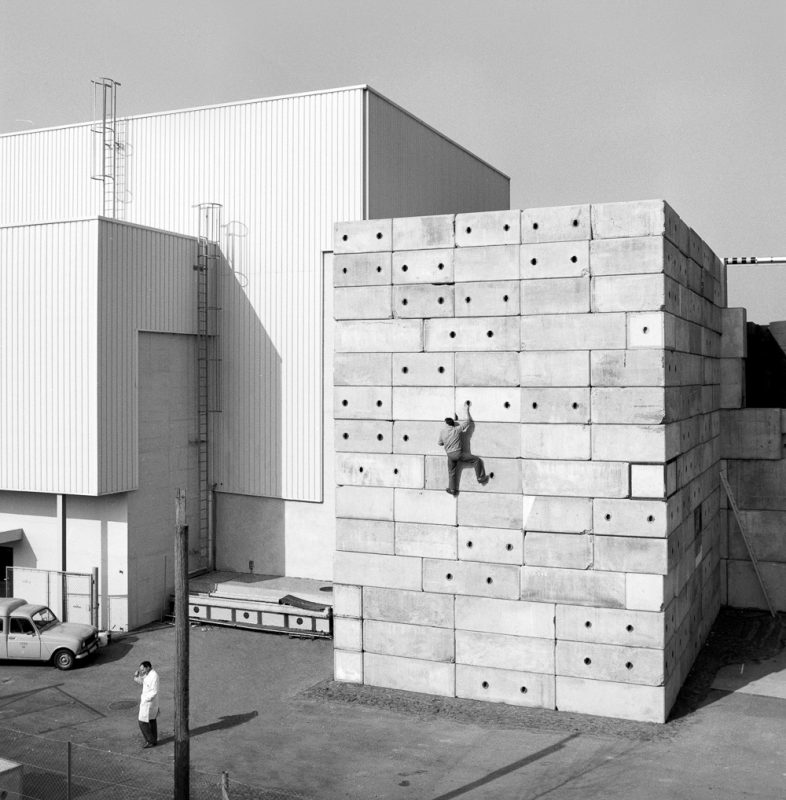 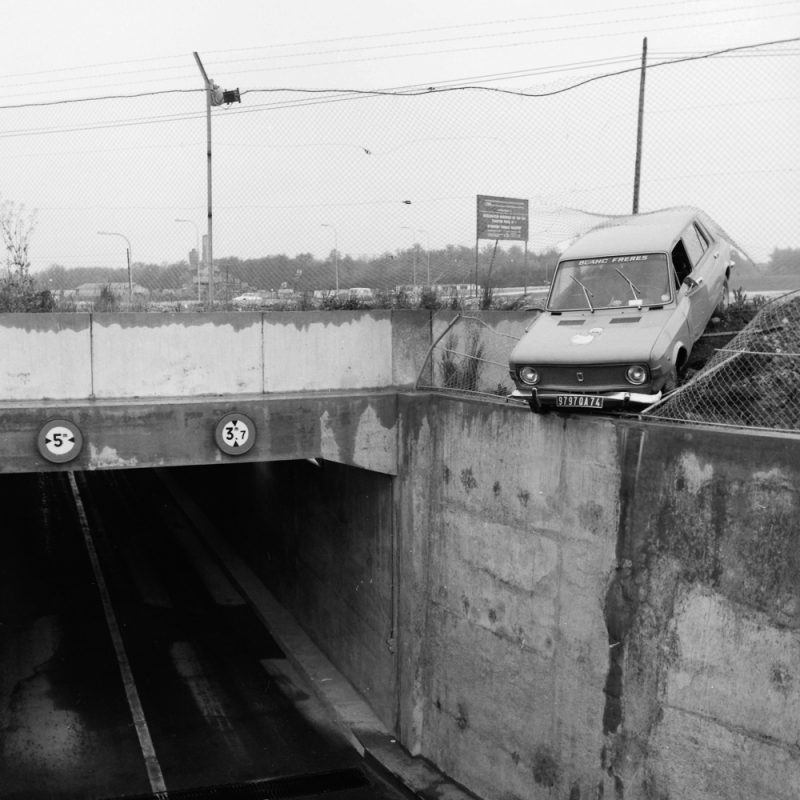 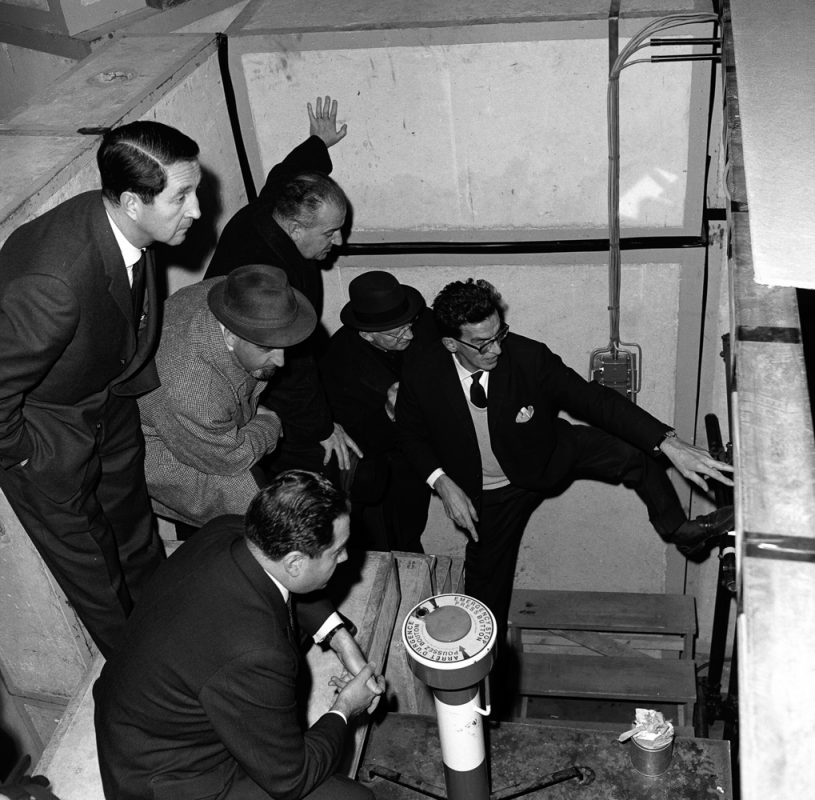 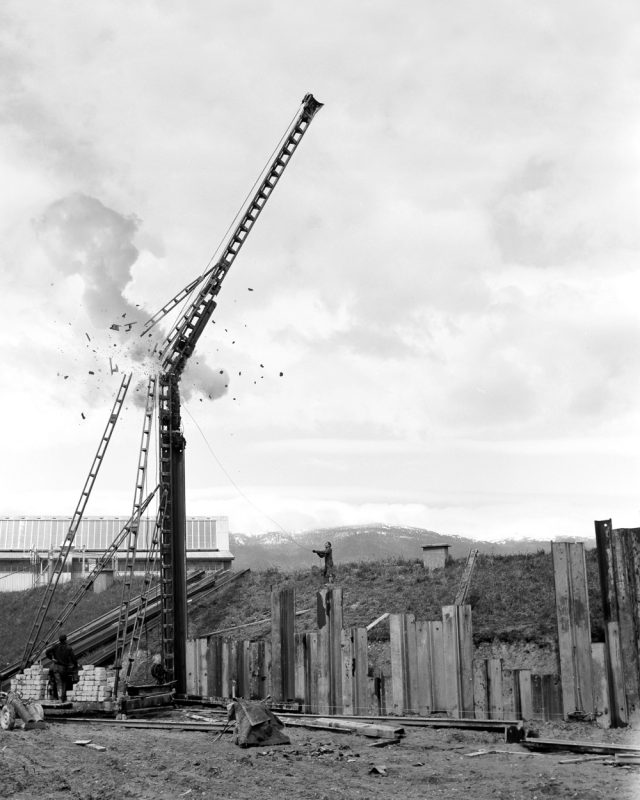 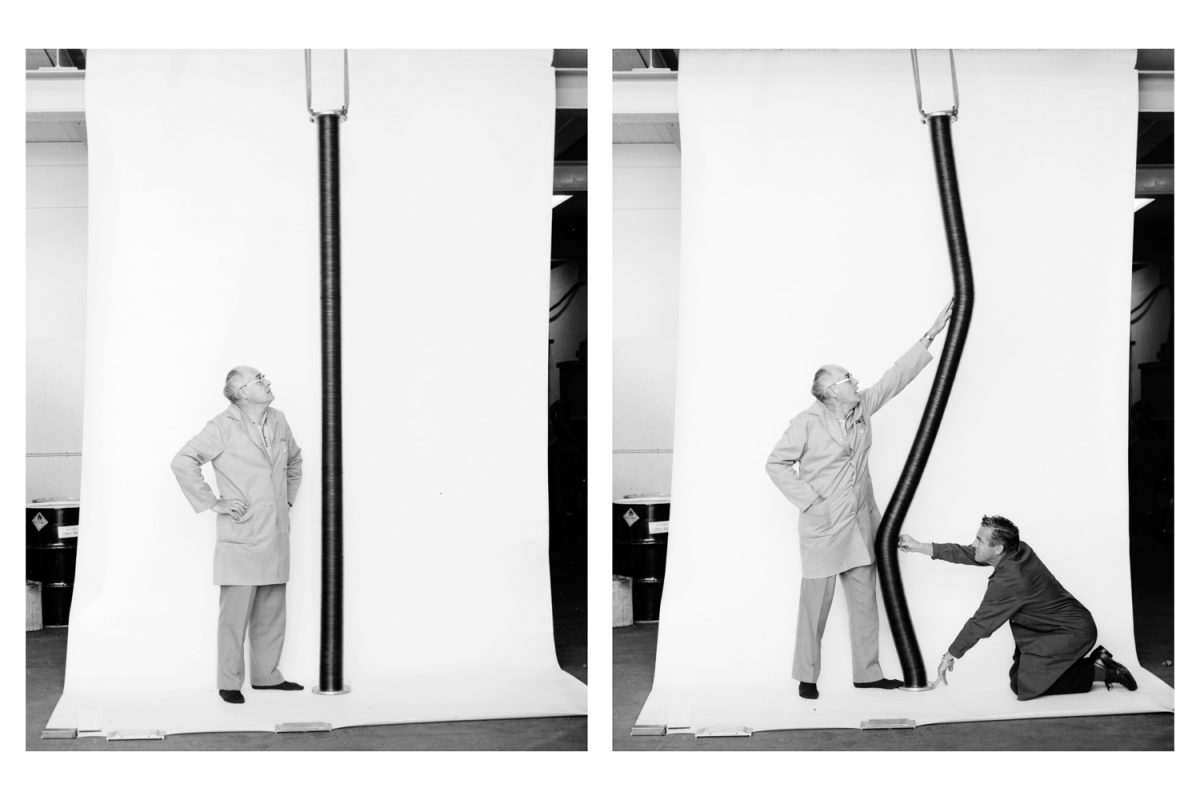 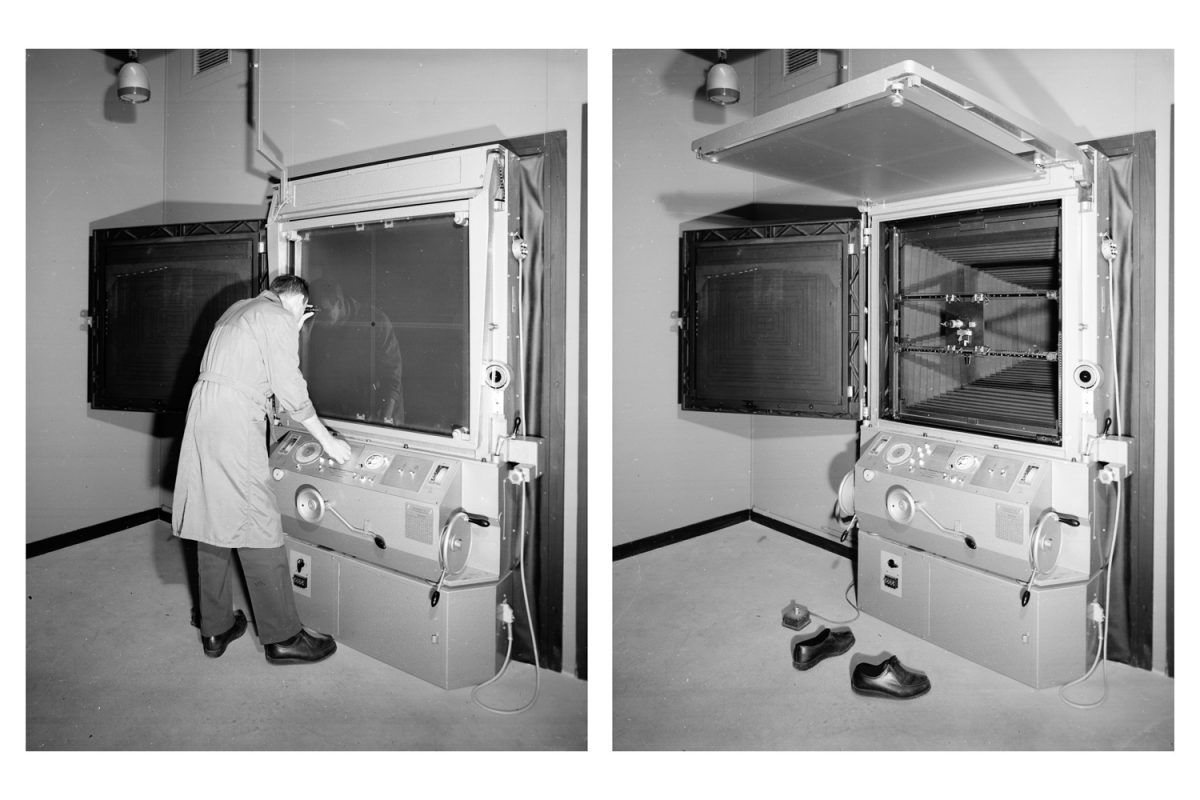 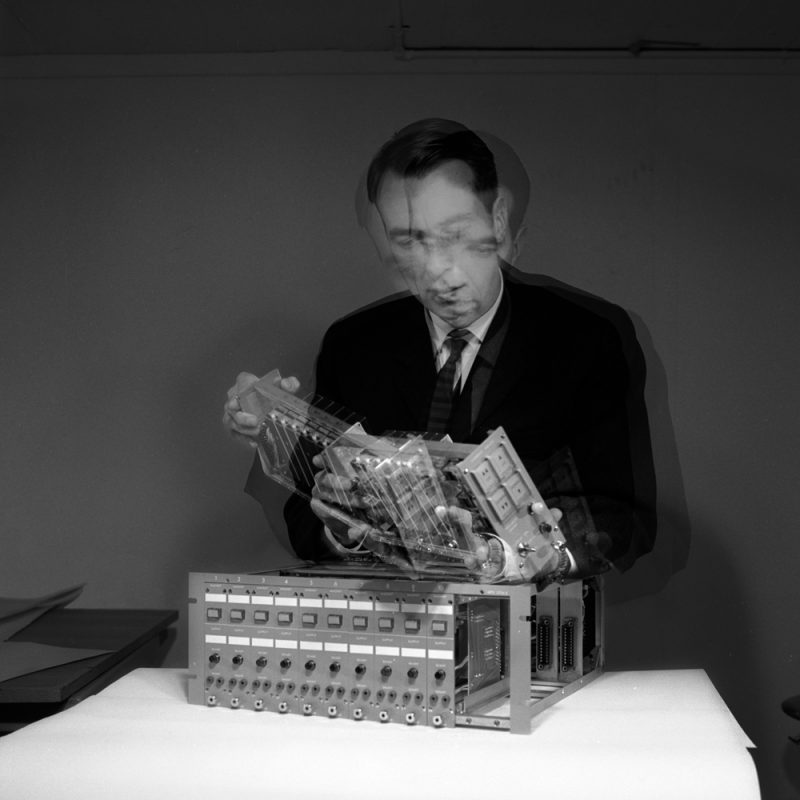 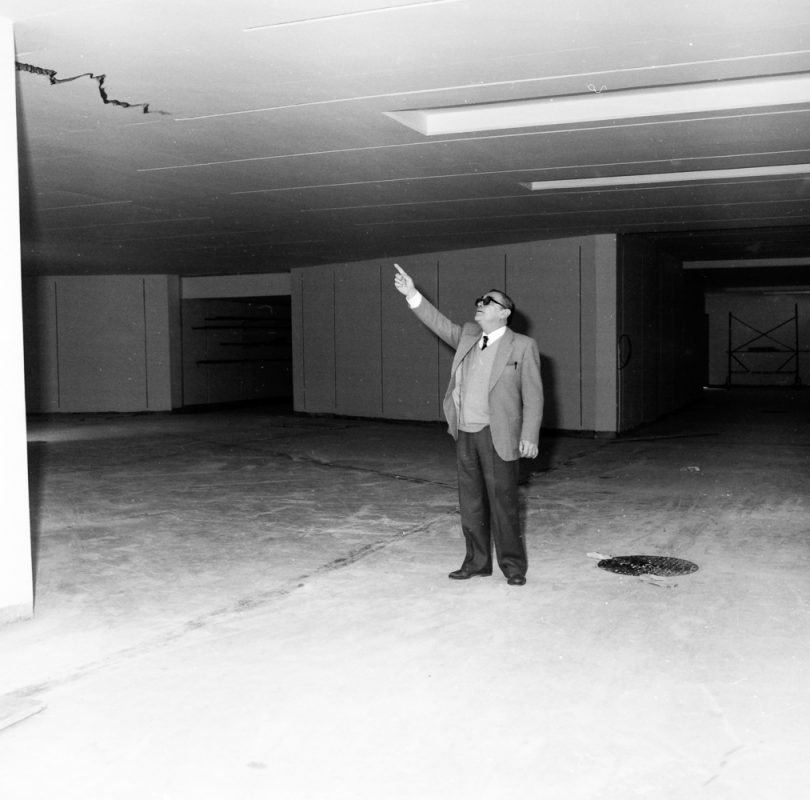 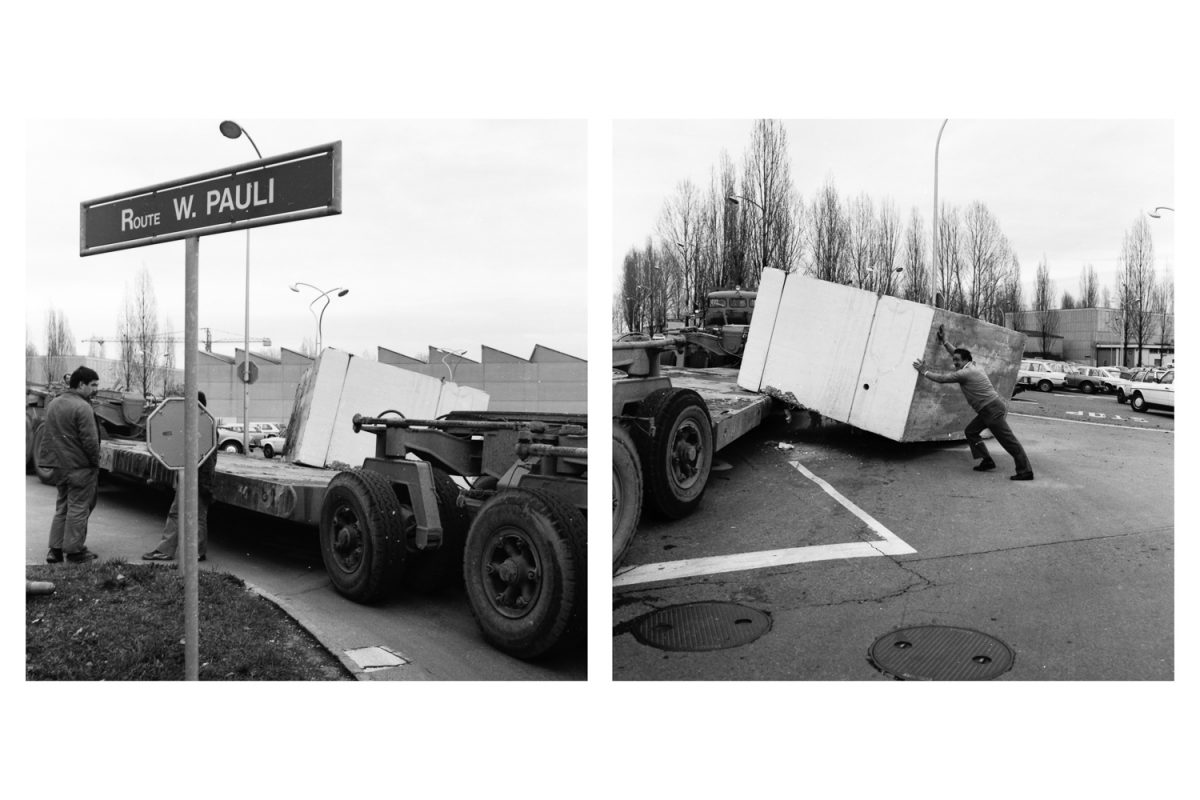 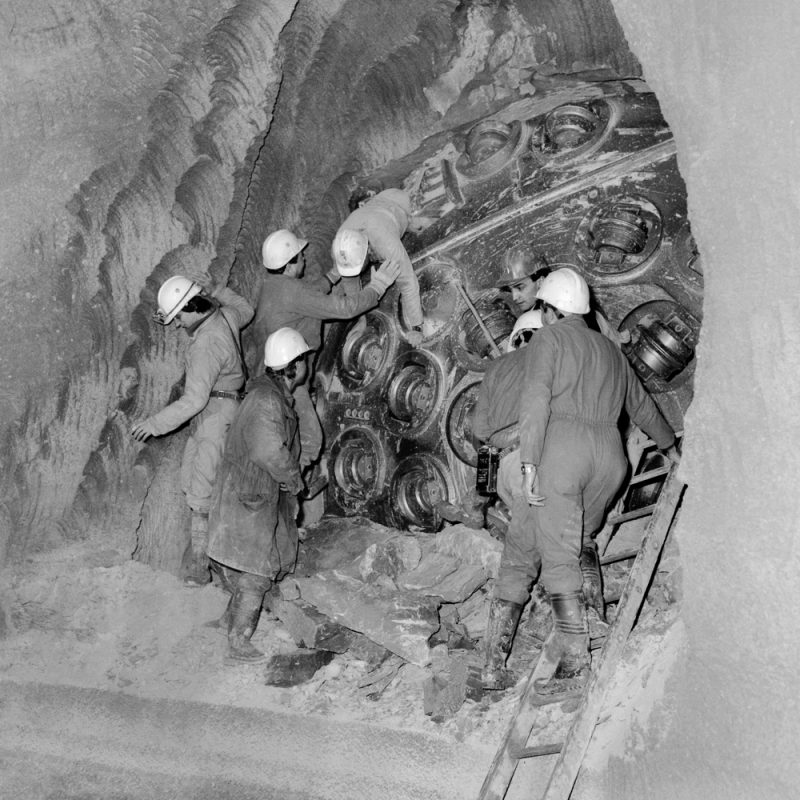 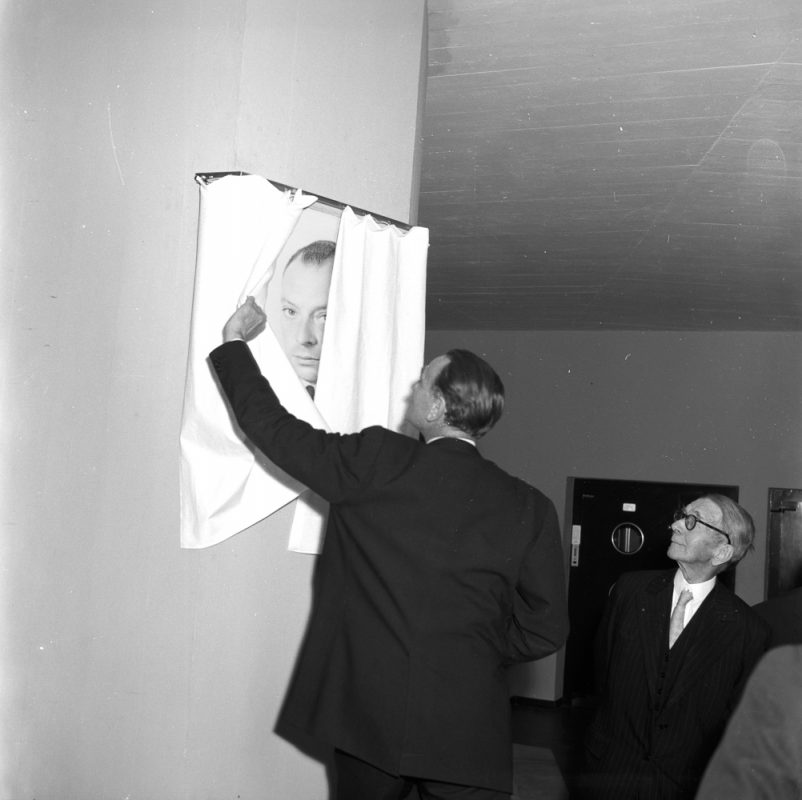 Science brought photography to life. And in turn, photography has served science in any manner of ways, giving visual documentation to experiment and reaction. Taken out of context, however, any photograph that depicts the pure visual ‘facts’ resulting from any given experiment easily slips from science fact into science fiction. Enter David Fathi, an artist whose background in mathematics and computer science has led him to sift through the photo archives of the CERN laboratory in Switzerland and explore the various intersections between art, photography, science, and history with his recent project Wolfgang.

Founded in the 1950s, the CERN laboratory is known for its groundbreaking work on particle theory and for probing the fundamental make-up of the universe. It houses the Large Hadron Collider (LHC), the largest particle accelerator used to smash protons and discover new particles that have been cast-off from such collisions. Among hundreds of new discoveries, it found evidence of the elusive Higgs boson whose existence was, for half a century, the central unverified question relating to the Standard Model of particle physics. In 2014 the CERN organisation started uploading photographs from their archives in order to start crowdsourcing missing information. According to Fathi, “They were missing information about all these photos and needed the public to help them identify anything useful. Who are the people in the photos? What are these machines? What specific experiments are the photos describing? For what event were some of these photos taken? Through 60 years of life at CERN all this information had been lost. They are still in the process of scanning and uploading but currently there are around 120,000 photos available.”

The central nucleus and title of Fathi’s project is Wolfgang Pauli, one of the pioneers of quantum physics who was nominated for the 1945 Nobel Prize in Physics by none other than Albert Einstein. Apart from his brilliance in physics, Pauli was also infamous to his colleagues for having numerous unexplained accidents and unpredictable instances happen simply due to his presence in the room. Pauli, when entering a lab, was said to invite the ‘Pauli effect’, which was held responsible for a large number of unexplainable failures of equipment or experiments suddenly self-destructing or yielding different outcomes than before. At a ceremony at the C.G. Jung Institute in Zürich in 1948, where he was an honoured guest, as Pauli entered the room a flower vase crashed to the floor without any obvious reason.

“Wolfgang Pauli actually believed to some extent in this myth of the ‘Pauli effect,’ ” Fathi recalls, “he had a long correspondence with Carl Jung, and developed with him the theory of synchronicity – the idea that some events are linked by meaning and not causality. On one hand, this for me is kind of incomprehensible as to why some of the greatest minds can give in to superstition, or mystical beliefs. On the other, I believe that scientists who operate on this level of abstraction need to think so far out of the box that they entertain ideas and beliefs that waver between fact and fiction.”

Thus, many of the black and white images Fathi has culled from the vast CERN archive depict failures and unexpected surprises, searching for Pauli’s presence anywhere it might be suggested: a crane upends after trying to lift a shipping container; a car crashes through a metal retaining fence; a large silver sphere hovers in space before a worker; a lab technician standing before a large process camera disappears leaving only his shoes; a ladder accident leaves a man twisted among the rungs with a metal bucket on his head; in the last photograph, a man pulls back a stark white curtain attached to a wall revealing a portrait of Pauli peeking out from behind.

Using such archival material has a significant precedent, which should not be overlooked. Appropriation of this sort was shown most effectively in the mid-1970s when two graduate students from the San Francisco Art Institute, Mike Mandel and Larry Sultan, used the funds from a National Endowment of the Arts grant to gain access to, and use, various photographs from the archives of government and scientific research laboratories. They published their ‘findings’ in their now legendary exhibition and book Evidence in 1977. The fifty-nine photographs, relieved of captions or additional information, each became an autonomous world of mysterious events and confounding relationships. The viewer was then left in a tug and pull between the strength that each image was known to be in service of an ‘official’ organisation and the weakness brought about by the uncertainty of what the data Evidence claimed to present even was.

A similar tension and humour is also at work in Fathi’s Wolfgang, although a notable difference is that Fathi has manipulated the images beyond their selection. “There are of course manipulations through editing and piecing together a fictitious narrative, but there are also digital manipulations. Some photos are left untouched, and depict a real event, while others are created by erasing, adding or compositing elements, creating ‘particle effects’ and corrupting the image. But the source material is always from the CERN archive.”

The vast majority of the images seem to be sourced from older archives, judging by signifiers such as the clothing style and technology, giving them the veil of early explorations into the unknown. In contrast to recent images from CERN that can be found online, the men in Fathi’s work can seem in over their heads and groping around in the dark – an apt metaphor for science even at its current level. “It’s only through time and experimentation,” Fathi says, “that their ideas are proven or not, but you have to be a bit mad to make a living out of demonstrating that the fabric of reality is totally different than what meets the eye.”

All images courtesy of the artist. © David Fathi