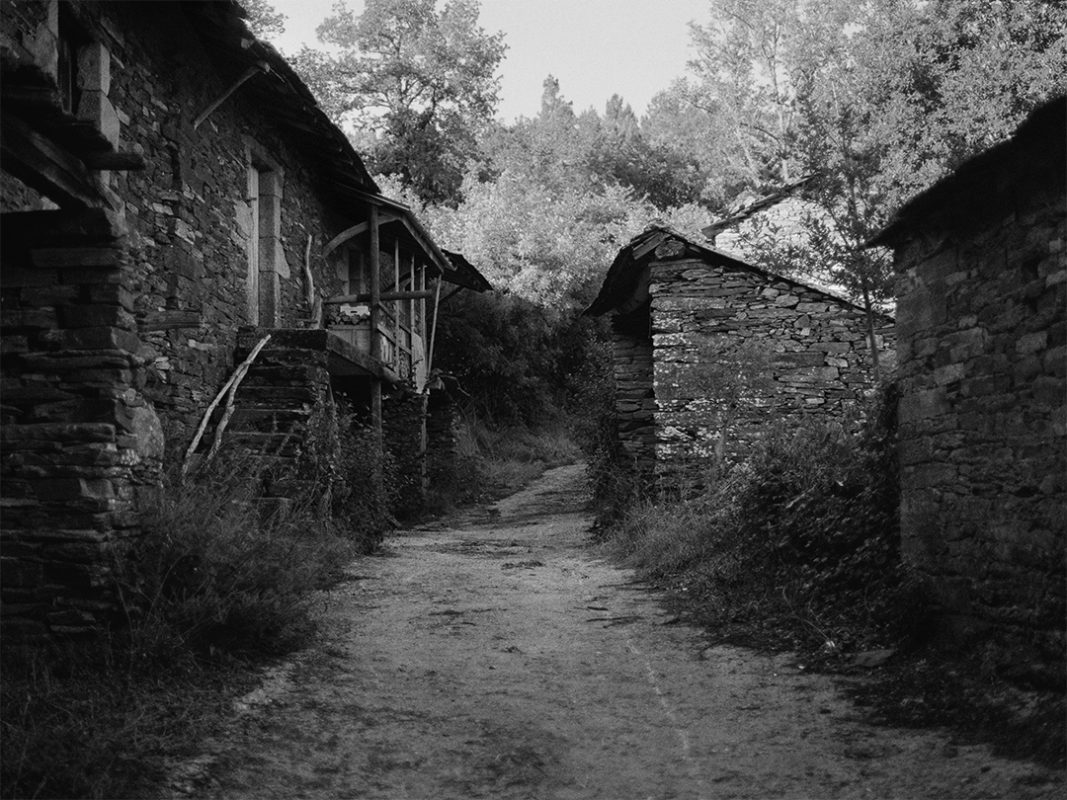 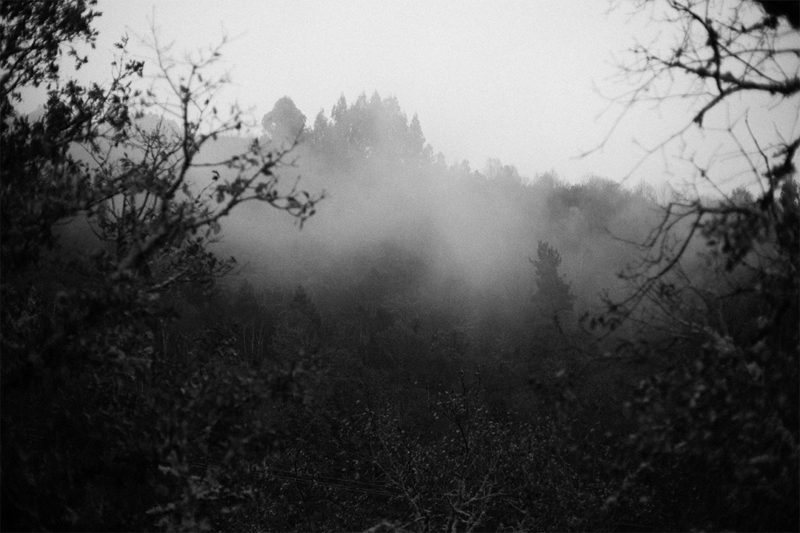 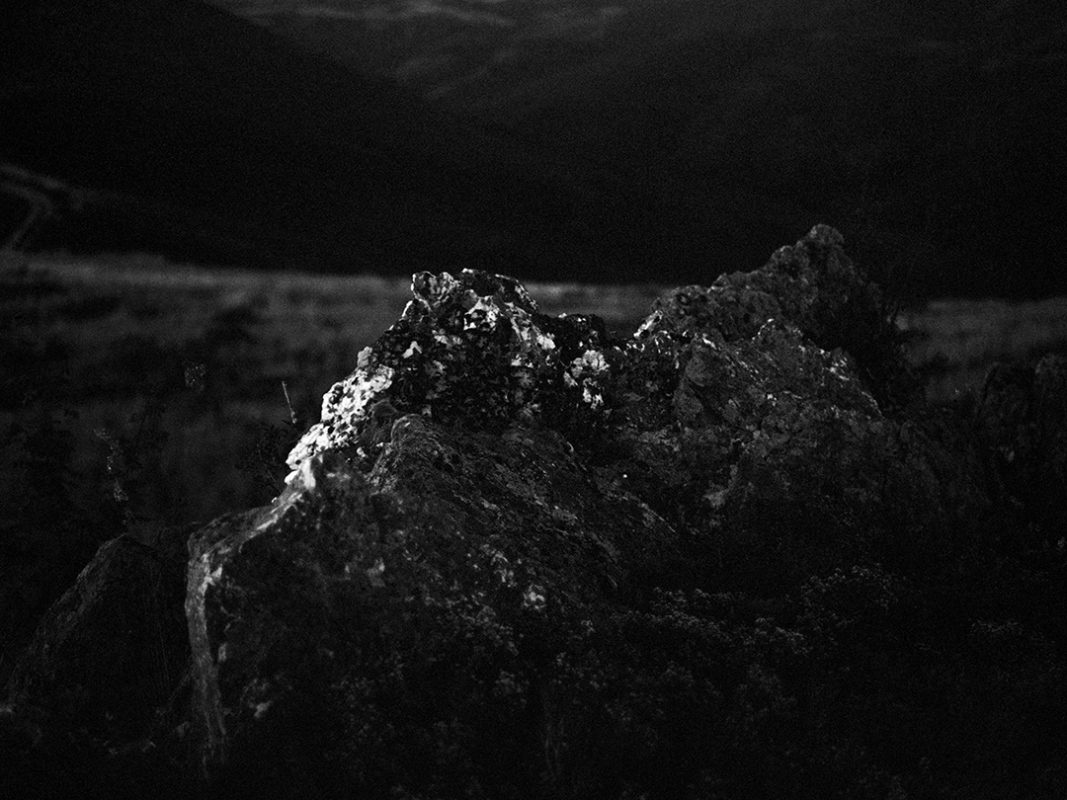 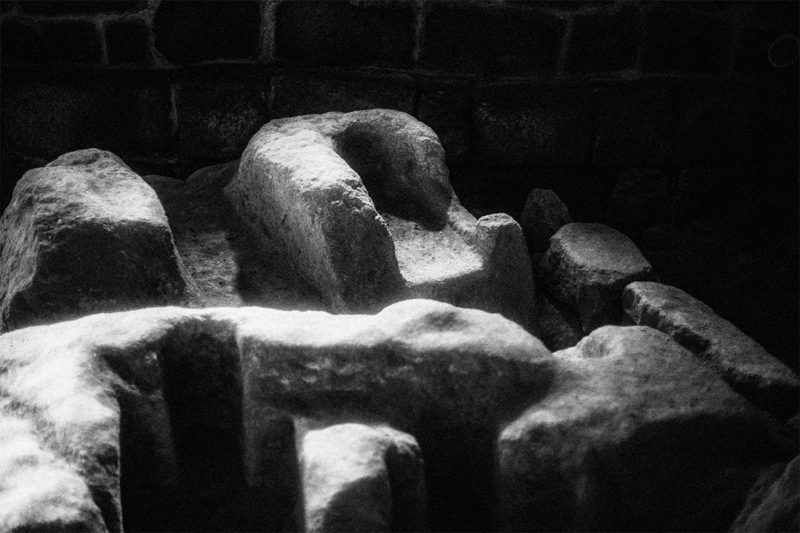 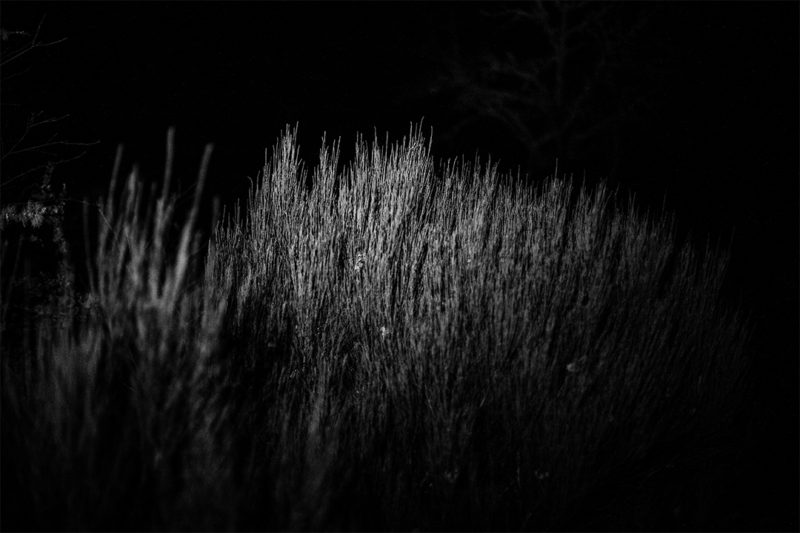 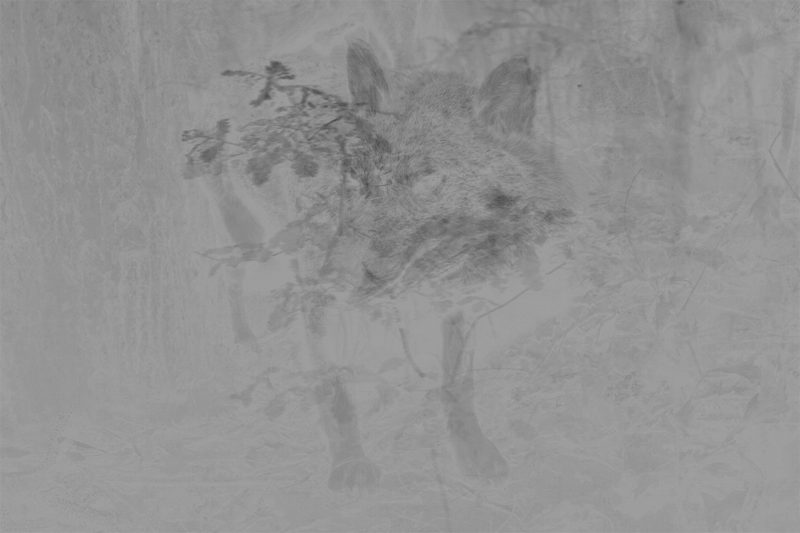 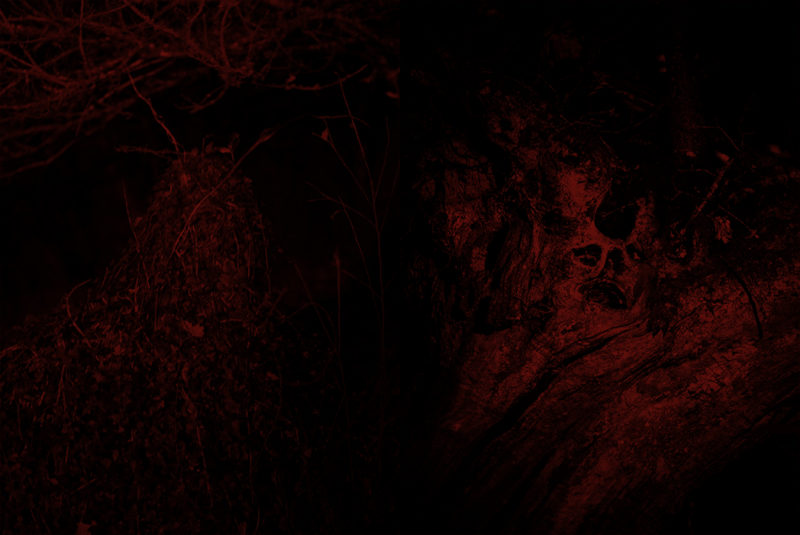 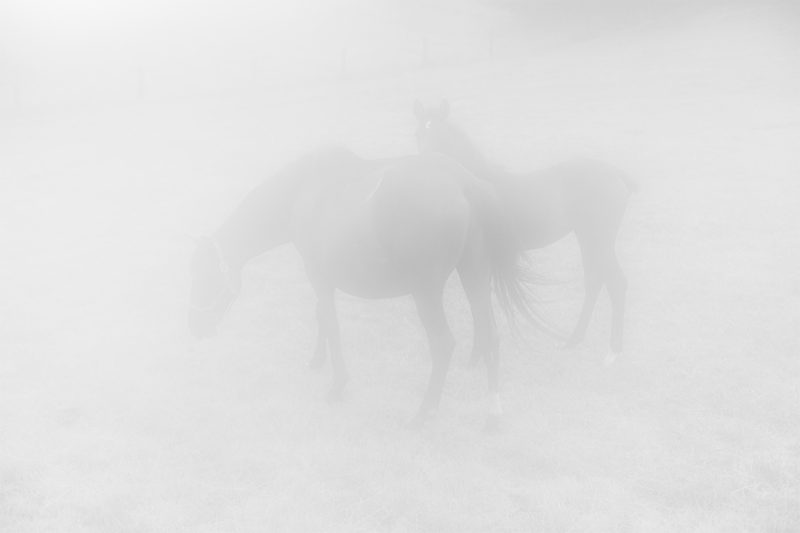 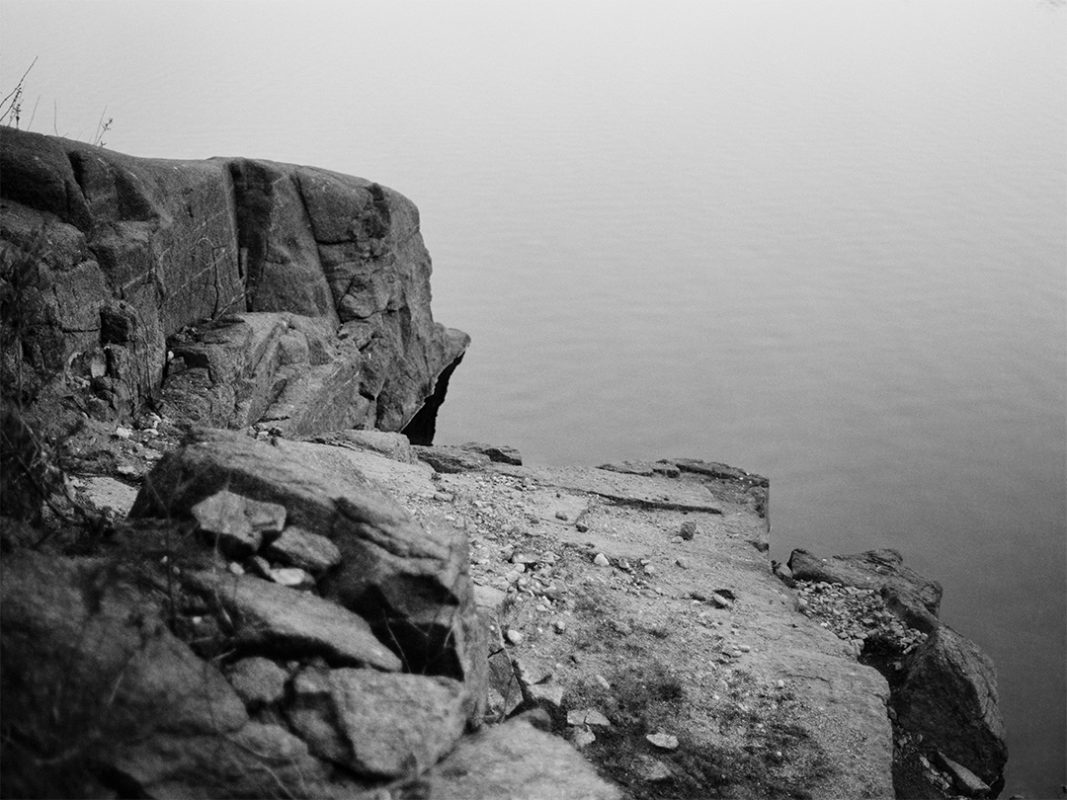 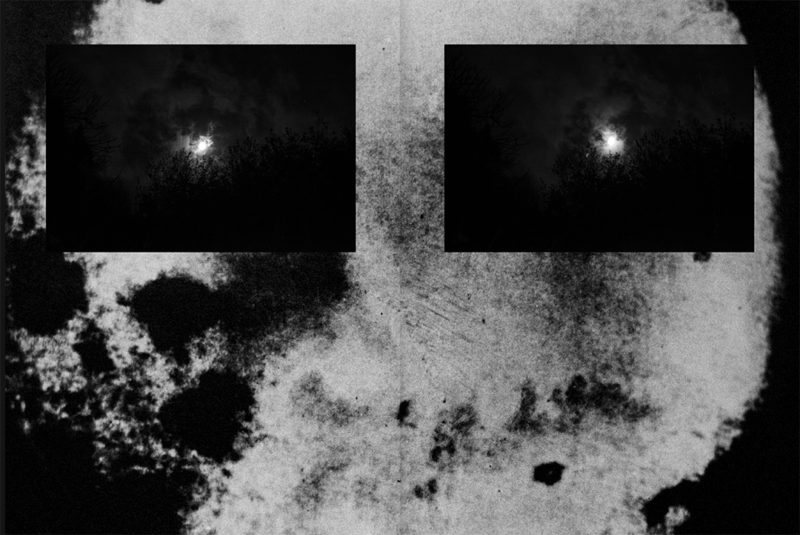 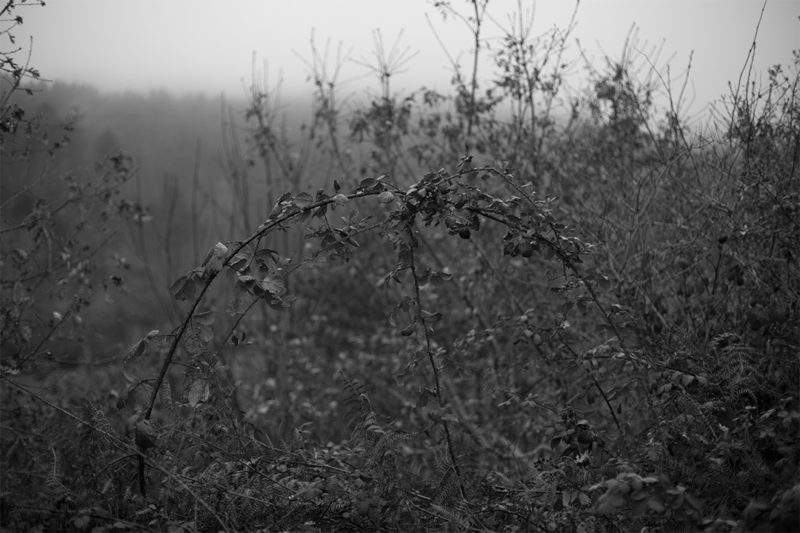 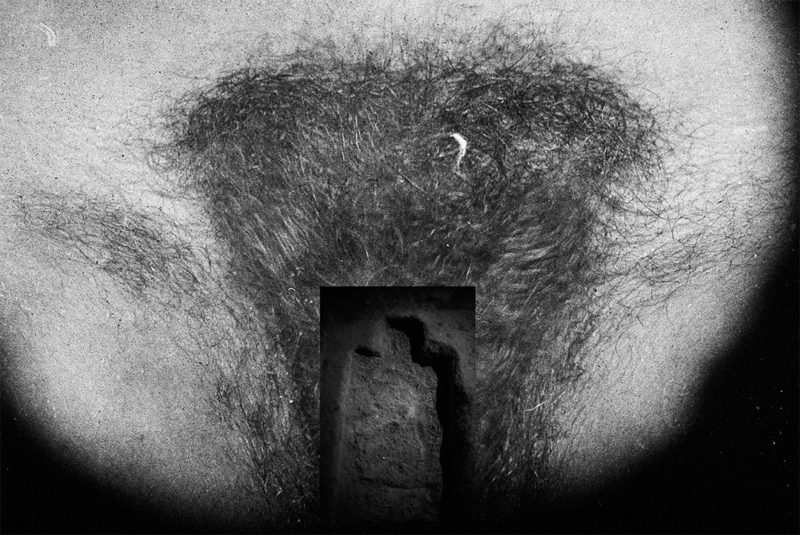 He was an ordinary man of small stature with a mildly effeminate face. He belonged to the privileged few of his time, those who knew how to read and write. He undertook traditionally female manual tasks – tailoring, knitting, weaving spinning and cooking were among his aptitudes. A widower from a childless marriage at the age of just 25, he became a peddler and a guide for travellers across the inhospitable mountainous area between Galicia and the neighbouring provinces of León, Asturias and Cantabria.

In 1843 he was charged for his first murder but escaped arrest. Under a false name he led a seemingly peaceful religious life in a remote parish near the village of Robordechao, where, having earning their trust and affection, he indulged in numerous idylls with single, separated or widowed women from the area. In 1853 he confessed to having slaughtered several of them together with their youngest children while transporting them to a presumably better life in the nearby cities of Santander and Ourense, but persistently defended his innocence. He himself was a mere victim of evil’s will; his inclination to vice was nothing but the result of a family curse that turned him into a wolf, he claimed. He was pronounced guilty of nine murders, acquitted of four, and sentenced to death by garrotte. A couple of years later, Queen Isabel II commuted his sentence to life imprisonment to allow doctors to study his clinical case as lycophilia.

The werewolf, or ‘lobishome’ as he was referred to in northwest Galicia, was Manuel Blanco Romasanta, Spain’s first documented serial killer. The atrocity of his crimes won him a place in the pantheon of 19th century notoriety next to Jack the Ripper and others. Manuel Blanco Romasanta, became widely known as the Werewolf of Allariz, or most commonly as the Tallow Man, for he would commodify the fat he extracted from his devoured victims as high-quality soap. Legends surrounding him have been amassed into an amalgam of genuine historical research, folklore and pseudo-history. And yet, there seem to be more mystery to his enigmatic story…

Born in 1806 in the village of O’Requeiro of the province of Ourense in Galicia, Manuel, son of Miguel Blanco and Maria Romasanta, was baptised and raised as a girl for the first six years of his life. According to recent forensic evidence, he lived with a rare intersexuality syndrome, formerly coined as female pseudo-hermaphroditism. Manuel was in fact Manuela. He possessed female reproductive anatomy but because of her intersexual state, she secreted an inordinate amount of male hormones that led her to undergo a process of virilisation.

Laia Abril tackles this puzzling possibility in her most recent photobook produced in collaboration with her creative partner Ramon Pez for Editorial RM, entitled Lobismuller. The tale of the lobishome who ended being a lobismuller (‘woman-wolf’) is revisited under this novel perspective.

In line with Abril’s previous projects, Lobismuller rests on a pastiche of documentary photography, archival sources, fictional reconstruction and a unique brand of folklorish journalism that also incessantly explores the interplay between image and text. The story oscillates between morbid criminal records, a gothic darkness and a loosely Thomas Hardy-inspired realism of rural hamlets, famine and impoverishment. Neutral and austere in tone, it invokes the modes of straightforward documentary and carries the aura of a vintage object. Multiple narrative threads are brought together to form a confluence of myth, witchcraft and science, one typical of an era that can be described as the crossroads between the twilight of superstition and the awakening of great rationality. Amidst this pastoral iconography, semiotics and symbolic connotations of the landscape in regards to the wolf-tale and to gender are present: from the rugged stone villages to the inhospitable Celtic forests; from the red-tainted inserts of remedies and spells to the howling of wolves under the full moon and the river tides; from the blood cells of the helpless victims to the underground world of catacombs, uteruses and human souls… All this alongside a text that punctuates the identity shifting aspect of the protagonist: man and woman, masculine and feminine, religious and womaniser, falsifier of love letters – at once bucolic and refined, feared and demonised.

As we descend into the universe of Lobismuller, we cannot help but wonder what the book is really about since it is practically impossible to categorise such an assemblage. The various clues gradually push the limits of narration and form to examine uneasy yet intimate realities of sexuality, akin to those Abril has narrated in Thinspiration, The Epilogue and Tediousphilia or in On Abortion (the first chapter of A History of Misogyny). From the first invisible chapter of the book on the murderer, through to the second focussing on the apparition of the wolf and the reconstruction of the crimes, to the more neutral and scientifically engendered approach of the third and final section, the line of enquiry takes on a dramatic crescendo of query and menace.

Similar to the veneration of wolves in Galicia, Romasanta’s case is a prelude to the media frenzy surrounding well-documented psychopaths of the Industrial Age. For a long time the police were incapable of catching the suspect that plagued their investigators with the eventual trial lasting several months and a subsequent transcript that covered more than two thousand pages. Thanks to journalists being able to visit Romasanta’s jail cell extensive media coverage was attracted both in Spain and abroad, bestowing a frenzy of notoriety to the condemned legend. What’s more, Romasanta’s activity took place between 1830 and 1850s, literally during the advent of photographic technology and culture. This person existed before the invention of Alphonse Bertillon’s anthropometry and mug shots that three decades later would epitomise visual identity, and bestow upon the camera apparatus means of power and control.

Yet unmediated by the lens, Romasanta’s image lies encrypted. When the photographic record is absent, speculation and imagination is what remains. To compensate for this absence and to conjure up the elusive identity, Abril imbues her project with illustrations, scientific collages and fragments of bodies. When it comes to humanising Romasanta, her pictures appear veiled in light and contourless, as if trying to glimpse of the world after a long night of insomnia. When narration enters the terrain of the wolf, film ends up blurred, image-less, with no beginnings and no end. Our protagonist remains faceless. This is the most apt solution in order to address the psychological complexity of a character existing beyond definition; beyond definition for the measures of his or her time, let alone for a rural society plagued with superstitions; beyond definition for the very character itself. Both back then and today.

After all, history has always been male. Male in every aspect: writers, myths, appropriations and recreations. Maleness is conceived here as the solid, substantial consciousness of being that Sartre once famously defined. Non-male (understood as embracing any identity beyond the realm of male) emerges as an amorphous, identity-less object (an object not devoid of identity but needless of it) – a ‘twilight zone’, like the very forests Abril visits to reconstruct the steps of this particular murderer. Previously defined as the Other, but even further than this established Other, Manuel and Manuela, inhabits a grey area where facts fail. In the museum of relics that history has become today, this state of the unknown finds itself at its best. As the waters stagnate at the end of the book’s narrative, as the collages and reconstructions of old archives lead to new readings, this mash-up of confounding evidence manifests itself as a naturalised condition – a reminder perhaps of the core identity that used to exist once upon a time before it was oppressively canonised under history’s masculine biases. ♦

All images courtesy of the artist. © Laia Abril