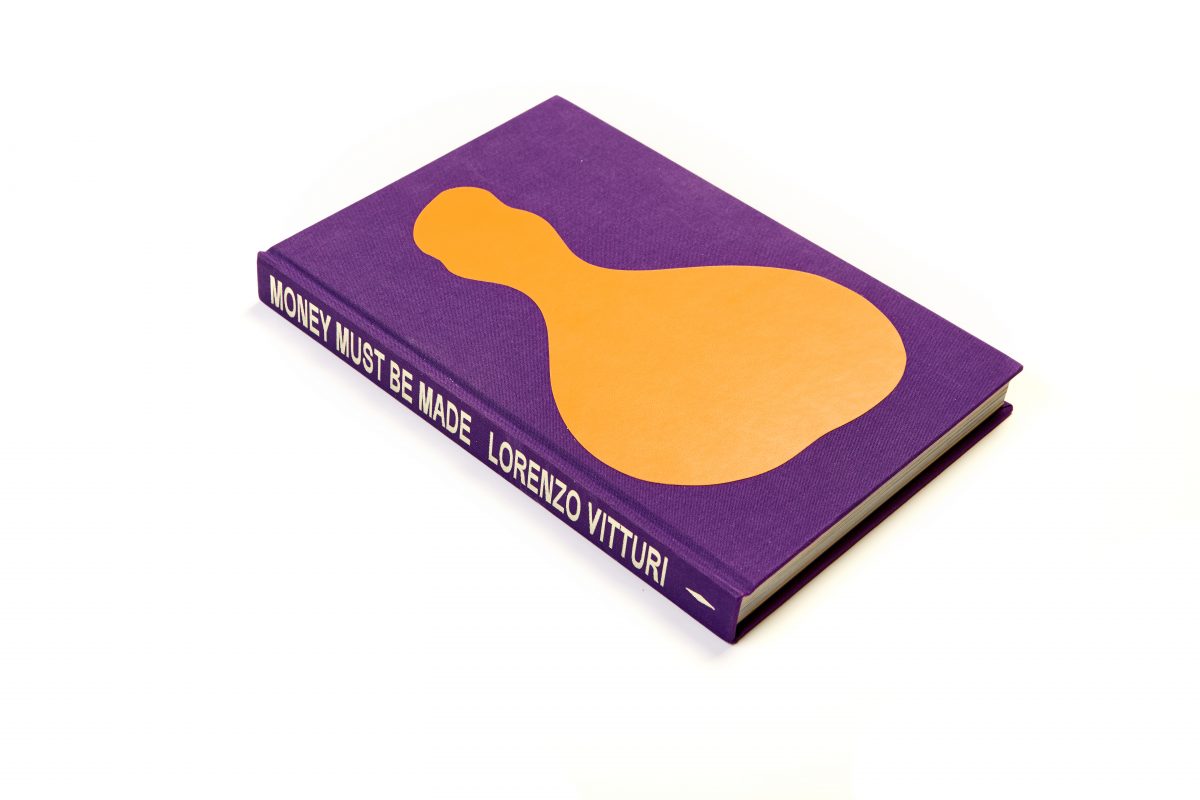 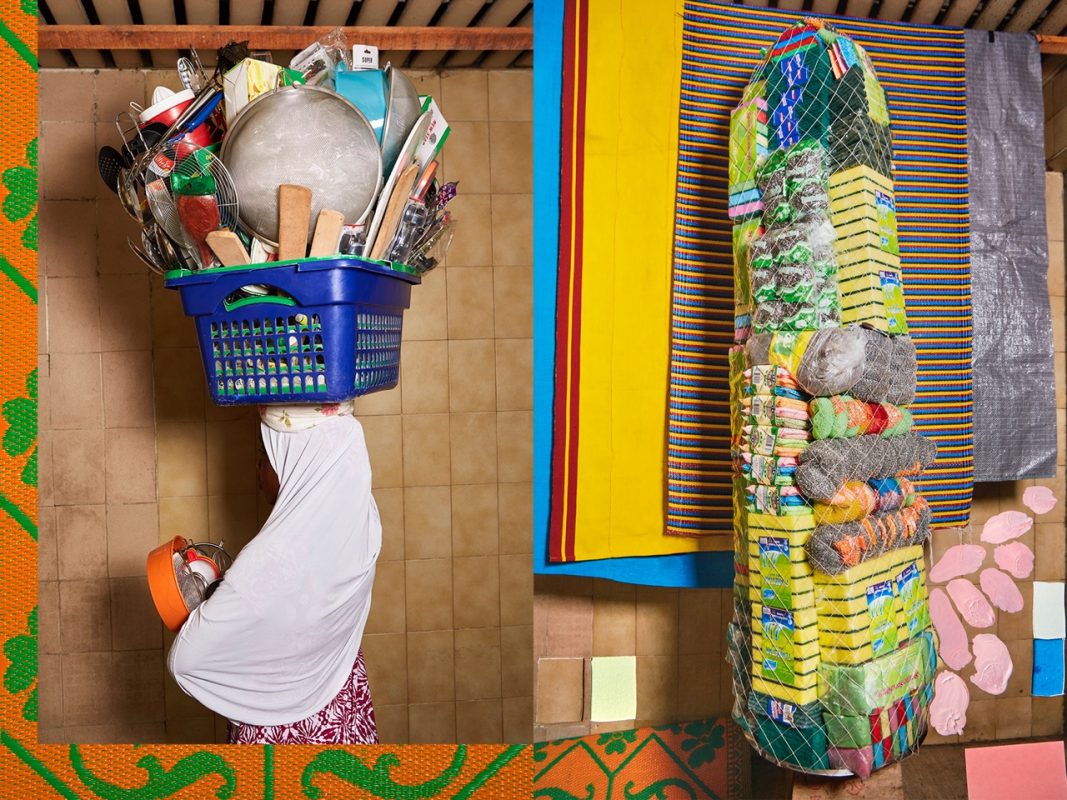 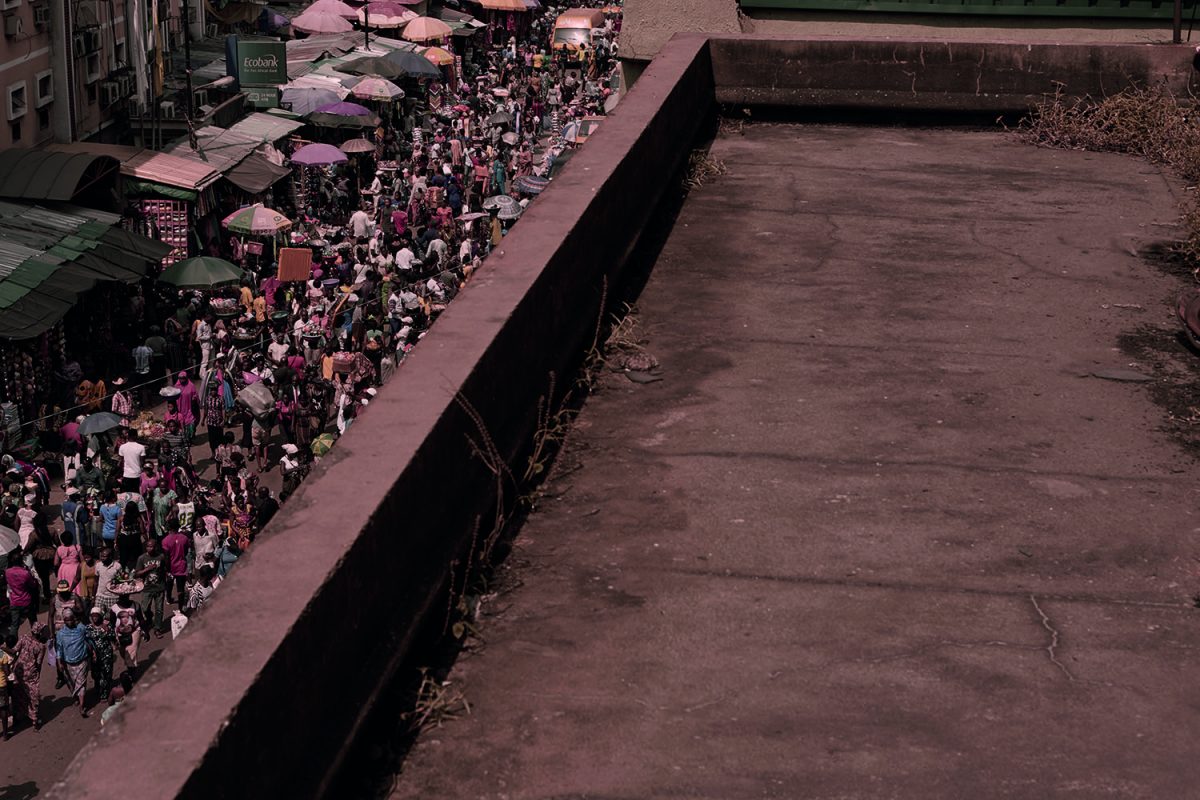 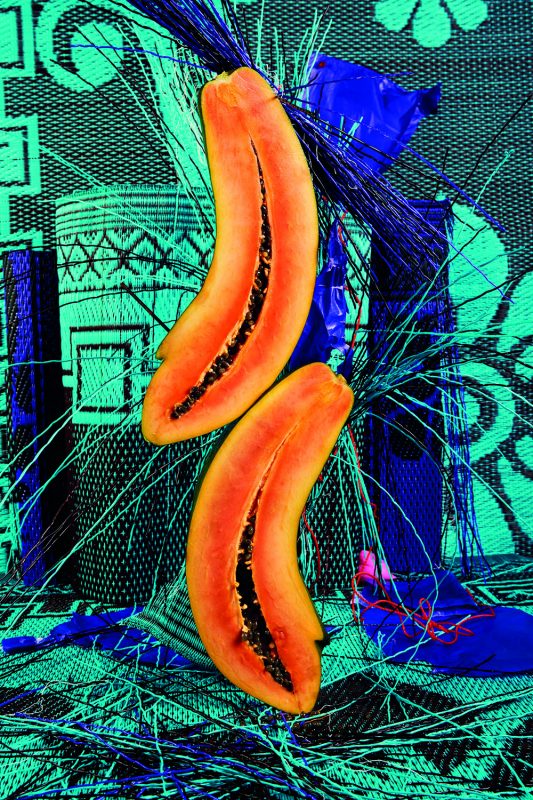 Money Must Be Made

Self Publish, Be Happy Editions

Taking its title from the front of a T-Shirt, spotted by Vitturi in the Balogun Market, Money Must Be Made is in fact it a Lagos motto. The phrase aptly sums up the content of the book, an exploration of the delicate balance between commerce, commodities, people and urban space.

Centered in and around the Balogun Market in Lagos, Nigeria, one of the largest street markets in West Africa, Money Must Be Made is at first glance similar in style to Lorenzo Vitturi’s earlier work Dalston Anatomy in the way that he transforms everyday items of little value into unique, sculptural forms. Here, in an attempt to capture the essence of the sprawling market, Vitturi uses several different approaches, layering and sequencing them side by side to create a surreal narrative. We see documentary images of the market, collaborative portraits with street vendors taken in a make shift studio and still life compositions constructed by Vitturi into sculptural forms. All interwoven through the treatment of collage, which, used here, is as much about the absence and the removal of content as it is about presence and accumulation.

However, the intrigue of this book lies in the contrast both physically and metaphorically between the two rival characters, the market and the Financial Trust House. The mostly abandoned eighteen story monolithic brutalist structure disrupts the sequence and demands to be the main protagonist, offering a central vantage point in which the surrounding market spirals outwards. Occupying the centre of the book the dull, almost monochrome approach to documenting the building perhaps reflects the mundane nature of corporate business as something formal and structured. This removal of colour, or rather the distraction of colour is a technique also used by Nigerian photographer Logo Oluwamuyiwa who photographs Lagos in monochrome in order to ask ‘what will I find’ if I strip Lagos of colour and noise? Vitturi, by resisting the temptation to rely of colour alone, presents a different side of the city, highlighting the contrast between the two overlapping worlds, the official and unofficial, local and global. The tower, with its high vantage point, offers a view down onto the market, a physical distance which again speaks of division and raises questions about class, power and the ownership of public space. Should we feel empathy for the owner of the abandoned tower? Or do we celebrate the masses for occupying the streets? ♦

Images courtesy of the artist and Self Publish, Be Happy. © Lorenzo Vitturi