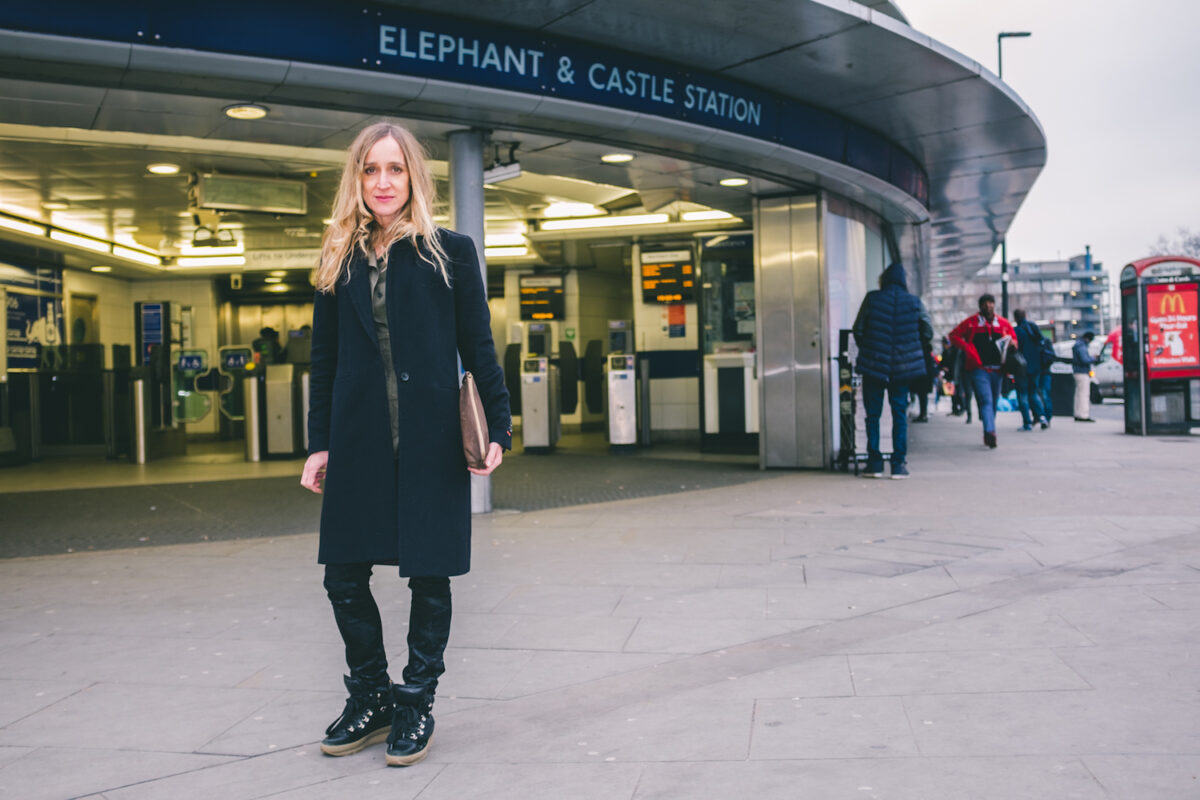 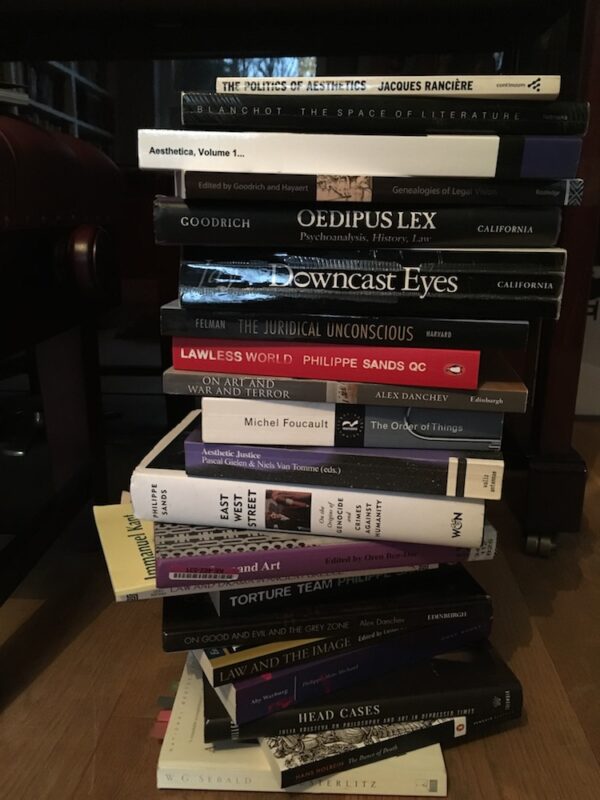 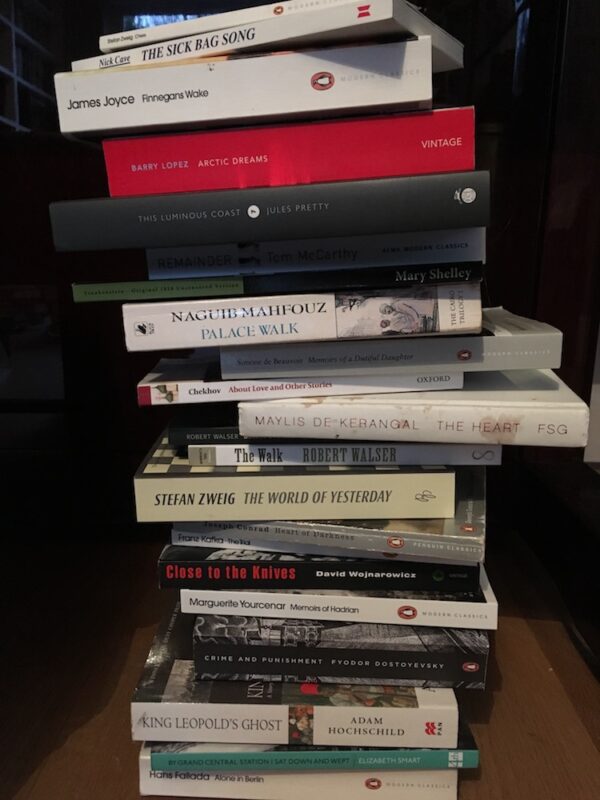 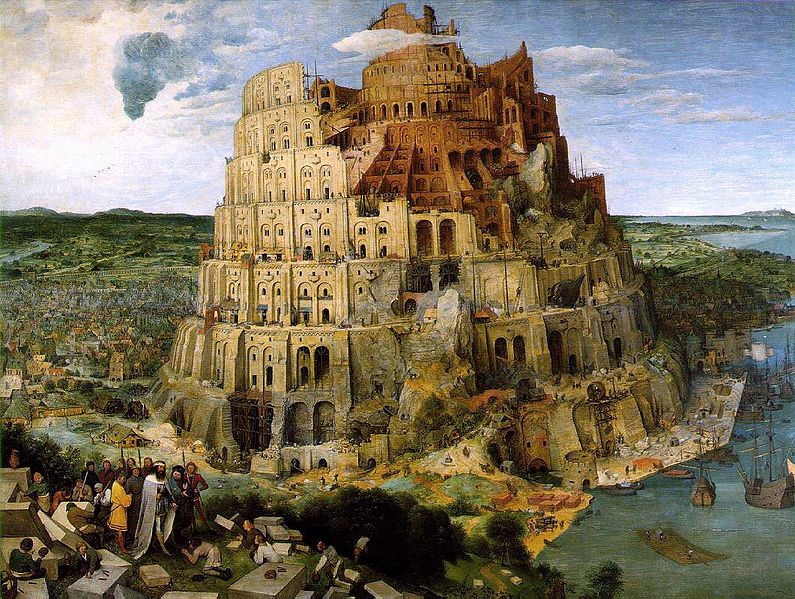 Max Houghton is a writer, curator and editor working with the photographic image as it intersects with politics, law and human rights. She runs the MA in Photojournalism and Documentary Photography at London College of Communication, University of the Arts London, where she organises regular public talks, symposia and exhibitions. Her writing has appeared in publications by The Photographers’ Gallery, London and the Barbican, London, as well as in the international arts press, including Foam, 1000 Words, Photoworks and Granta. With Fiona Rogers, she is co-author of Firecrackers: Female Photographers Now (Thames & Hudson, 2017) and her latest monograph essay on Mary Ellen Mark will be published in 2022 (Steidl). She is a Laws faculty scholarship doctoral candidate at University College London. With David Birkin, she is co-founder of research hub Visible Justice.

I had just finished the NCTJ (National Council for the Training of Journalists) course in 2001, and was researching (more than writing) for a Guardian journalist, Nick Davies, when Jon Levy, who’d I’d met through a mutual friend, asked if I’d write for his new website for photojournalists, Foto8. He sent me a set of photographs taken in Vietnam by an American photographer called Les Stone, which documented the ongoing transgenerational effects of Agent Orange. It was a fascinating exercise, because immediately I felt a responsibility to the overall subject matter of the Vietnam War, to the photographer and to the people in the pictures who I would never meet. Also, my question was: am I writing about the images or about the subject matter? These concerns endure. Six years later, I began an MA in critical theory (I didn’t have a first degree) to help me think them through. Foto8 grew from being a kind of dotcom start up to a published magazine, which eventually, along with Lauren Heinz, I edited. My bottom-line excitement, in staying with photographs for so long, is the idea that what we see never resides in what we say… It is an infinite relation, as Michel Foucault wrote. I’m always skipping from one register to the other, and back again.

My writing process is essentially reading, listening, editing, running and sleeping. I think that if we let it, our ‘back brain’ (please don’t ask me for the science!) works it all out while we’re doing other things. I can only understand something if I’ve written about it, or if I’ve been lucky enough to have a proper dialogic conversation on the subject. I’m not a hugely opinionated person, so it’s important to afford very close attention to the work, and indeed to spend time with it, in order to find out what it might be that I think, or that the work emits.

I’m interested in the idea of being able to write with photographs, which I hope might be a practice underpinned by an ethics of care. I think this is an originally feminist term, which resists patriarchal injustices… And while, of course, that is part of my intention, I also mean to use the term in relation to the root of the word ‘curate’ – cura – which is a specific way of paying attention. If I am asked to write with an artist’s images, it is important to me to impart the same kind of care in my writing as the photographer did in the original images. I don’t tend to write about work that doesn’t move me; in that sense I’m not a critic at all, though I know there is useful place for such writing. I’m also motivated by what (photographic) images might do in the world, and in how, as technical images (as Vilém Flusser described them), they combine with other images in the world to stimulate thought processes. The image brings a different form of knowledge, which is different again when combined with text. It’s fair to say the image-text is the underlying question that motivates my writing. As well as this, I’m always interested in what moves me; what connects me to actual feeling, and, as a logical extension of that, what might move others. At best, I hope my words might sometimes connect people to emotion. I think we can all exist very superficially. If we take time to notice how we feel, and when we feel, and manage not judge those feelings as ‘good’ or ‘bad’, we may be able to spend a little longer thinking about what matters. Finally, I continue to seek an inclusive practice, and my desire to challenge and refuse brutal, dangerous and often dominant power structures that shape our world remains potent.

Oh, reading. I don’t know who or what or how I’d be without it. I wish I could read everything I want to read, but then I wouldn’t live. It’s simply how I understand the world; it’s been my way of being in it all my life. I guess I’m that kind of reader!

I’m not sure one precludes the other? I’m very glad to see how curatorial practice is expanding to unpick those questions that theories or histories might more traditionally cover, but surely they are all interwoven as discourses? Okwui Enwezor’s 2002 documenta would offer a very significant example of such weaving for me, for example. I wonder if I fully understand the question? I certainly see how curation is influencing future theories and histories, even in terms of whose histories are being made visible. It’s also an aspect of my way of being with photographs that recently I’ve been able to pursue, but this is not an isolated or removed practice… On the contrary…

What is the role or currency of the idea of documentary in your writing? In Firecrackers: Female Photographers Now (2017), the book that you co-wrote with Fiona Rogers, both your photographer selections and the written project introductions propose exciting new terrain for documentary practice. It is practically a manifesto for expanded documentary.

Clarity, (emotional) honesty, generosity, nuance, wit, precision, creating images through words, humility, mystery, playfulness (not necessarily all at once)… The same qualities I admire in other humans(!).