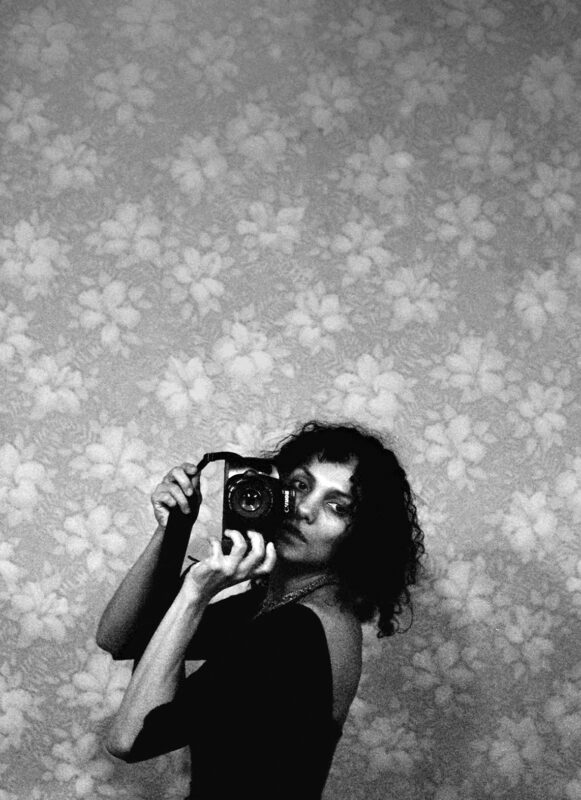 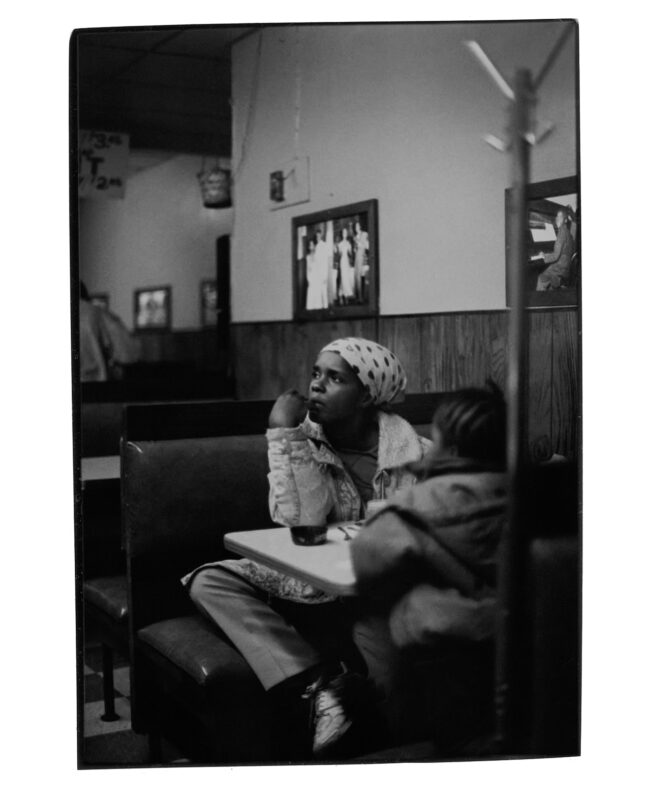 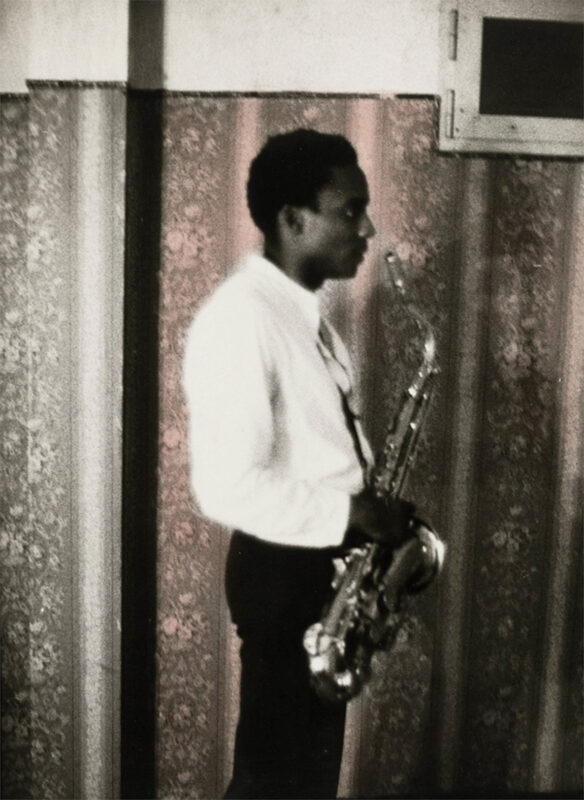 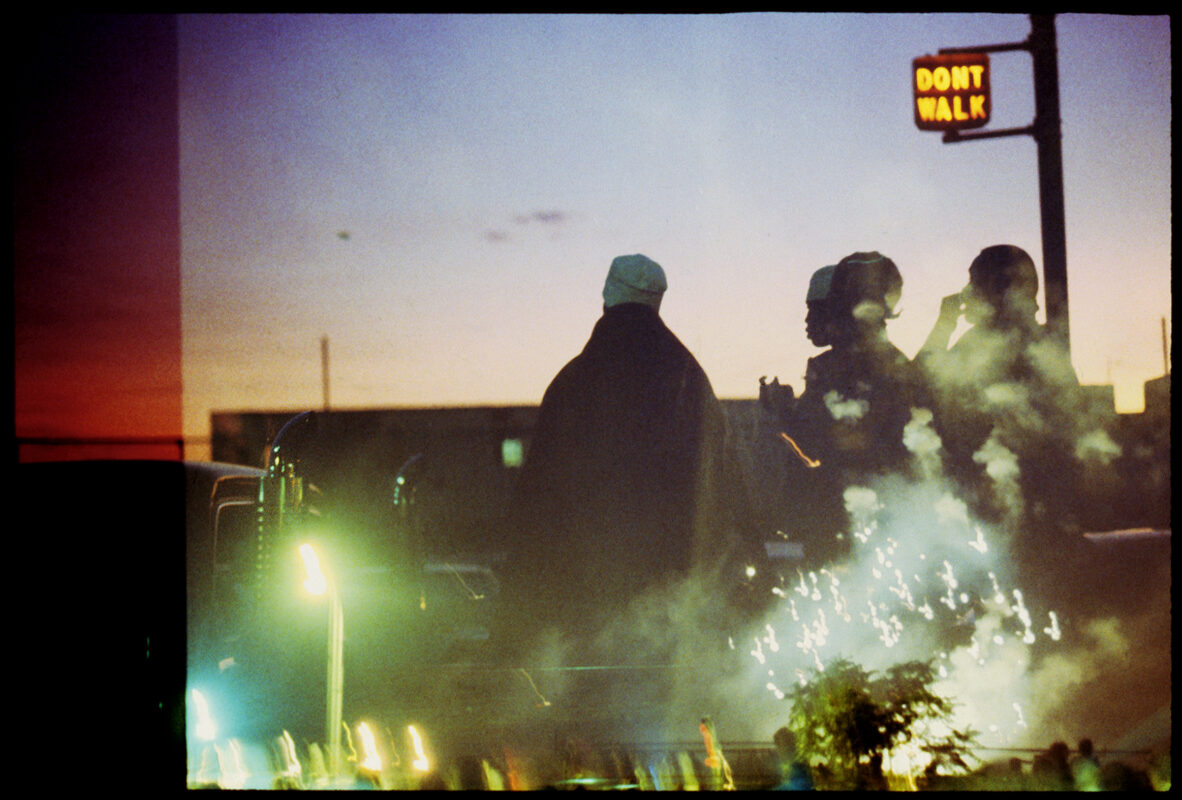 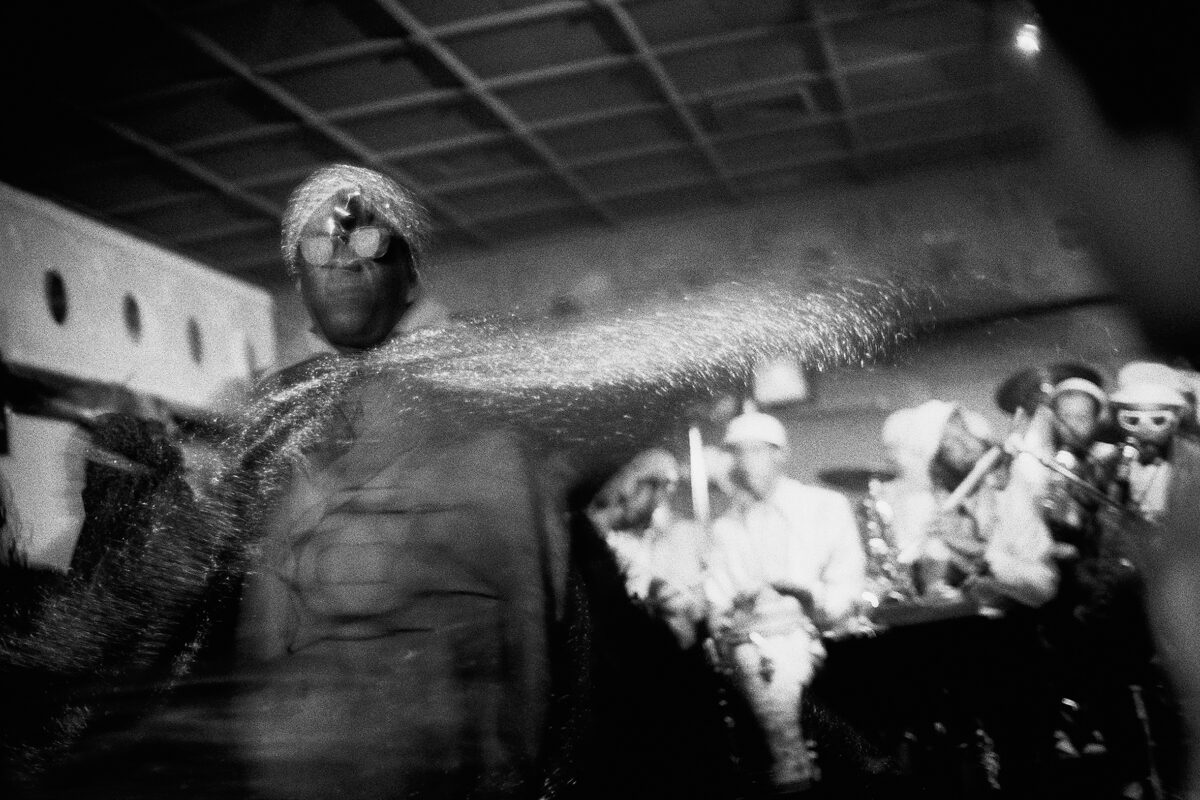 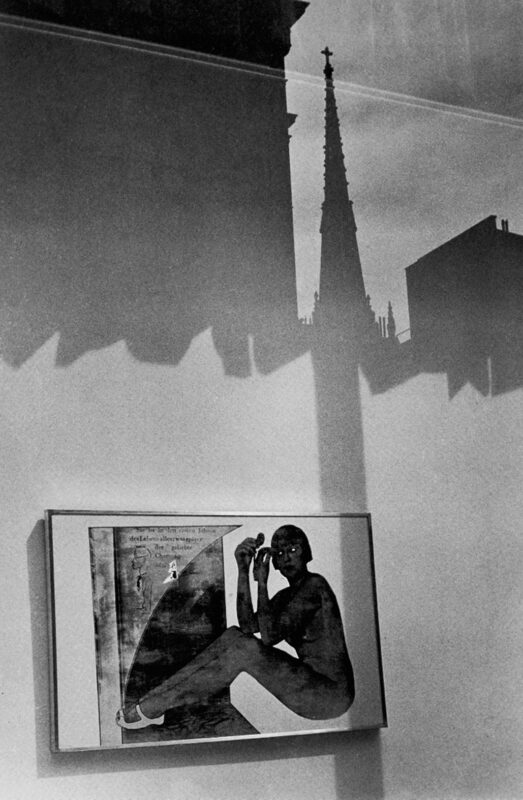 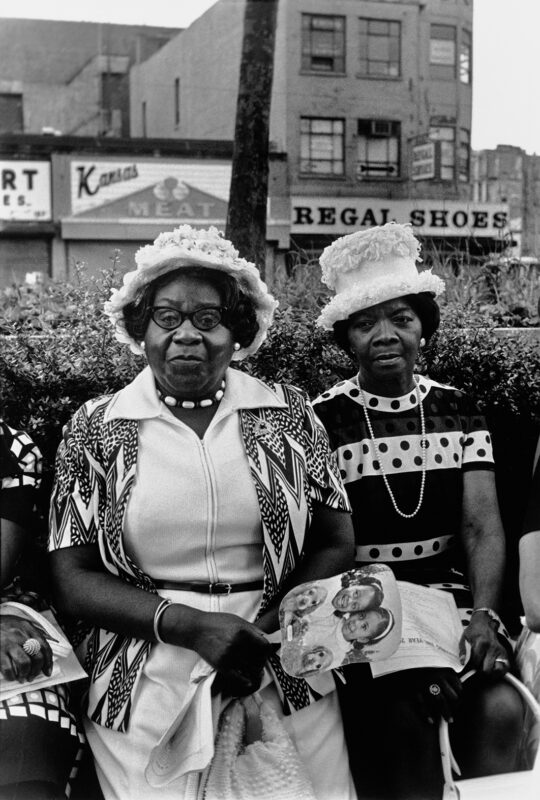 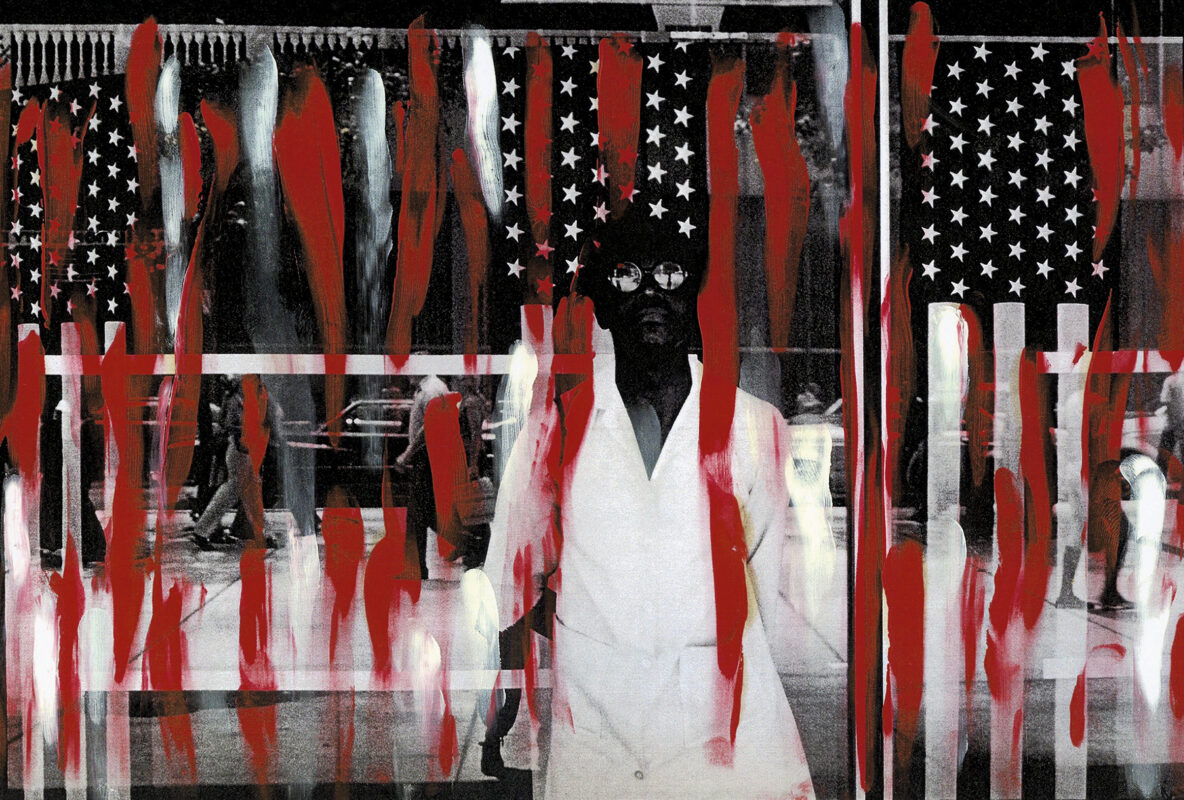 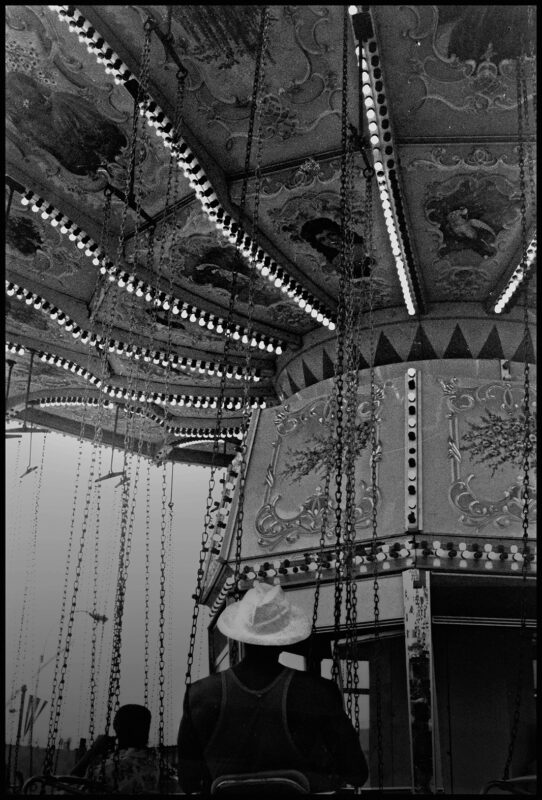 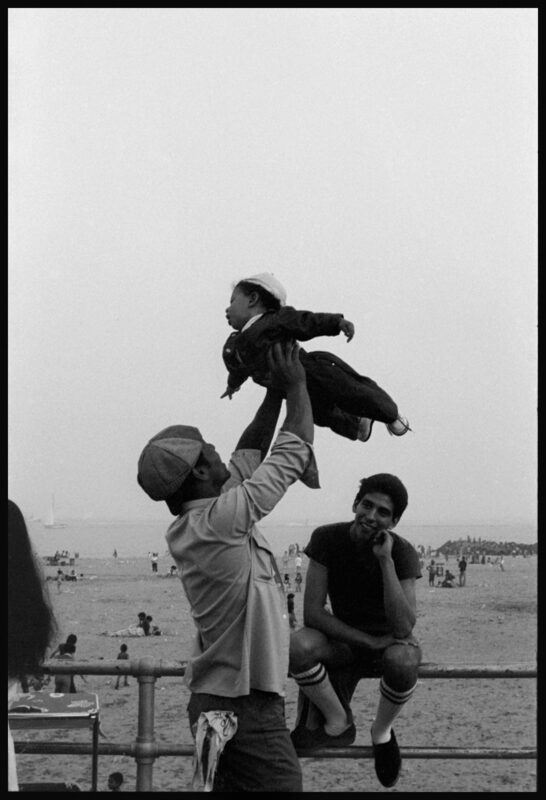 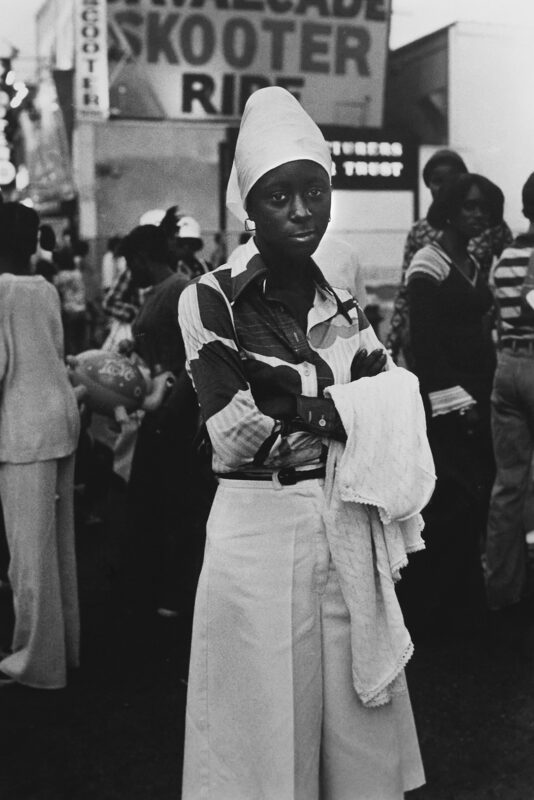 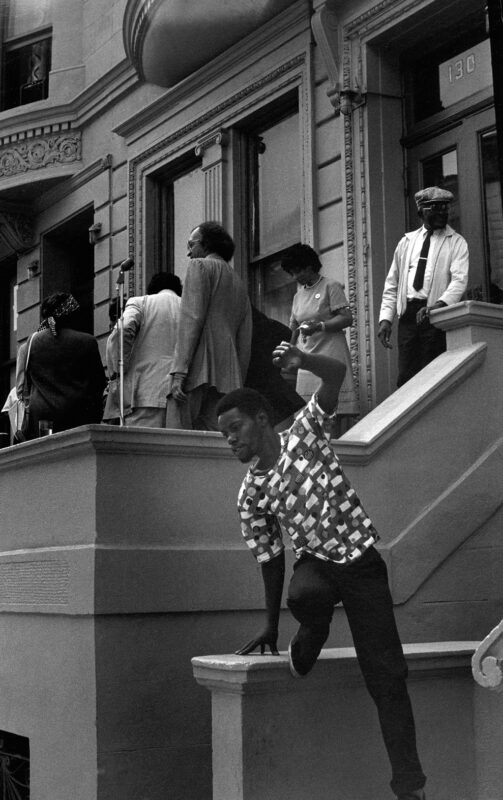 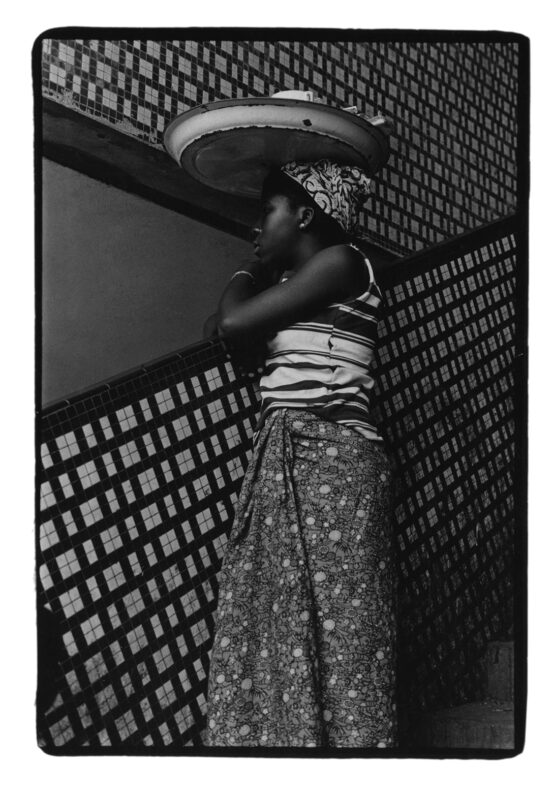 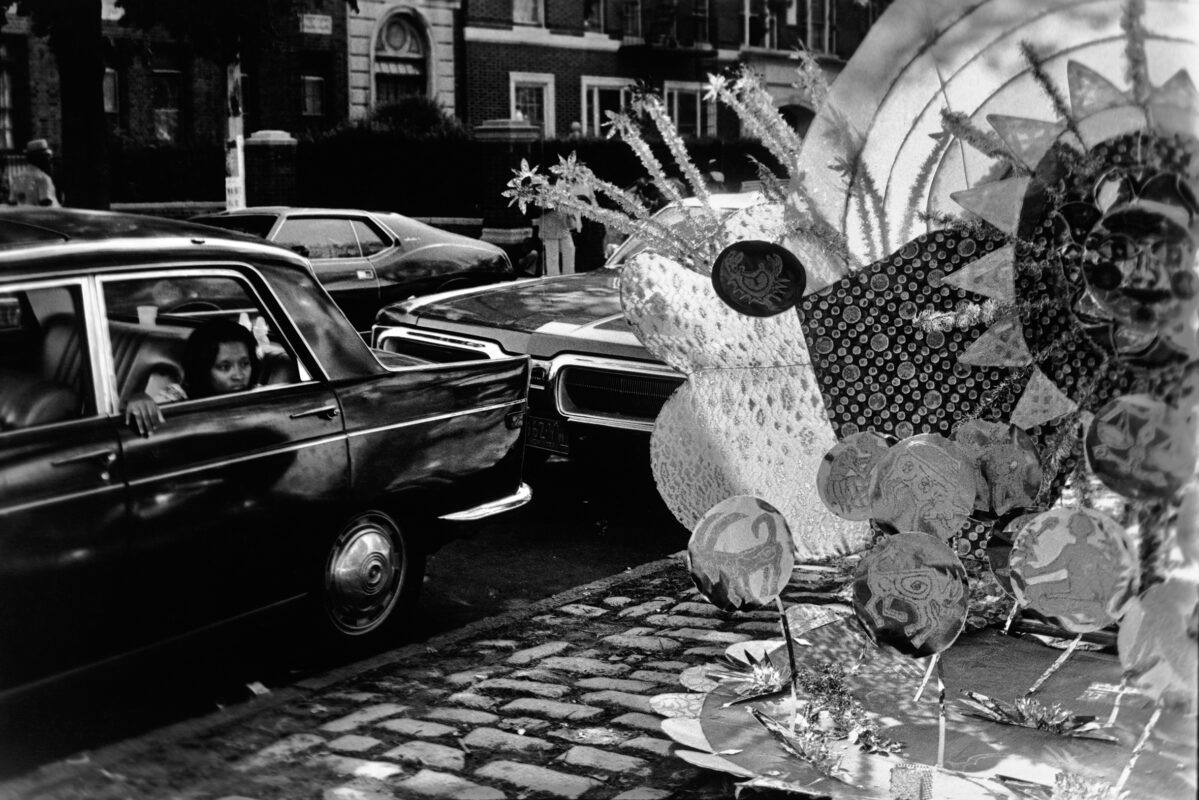 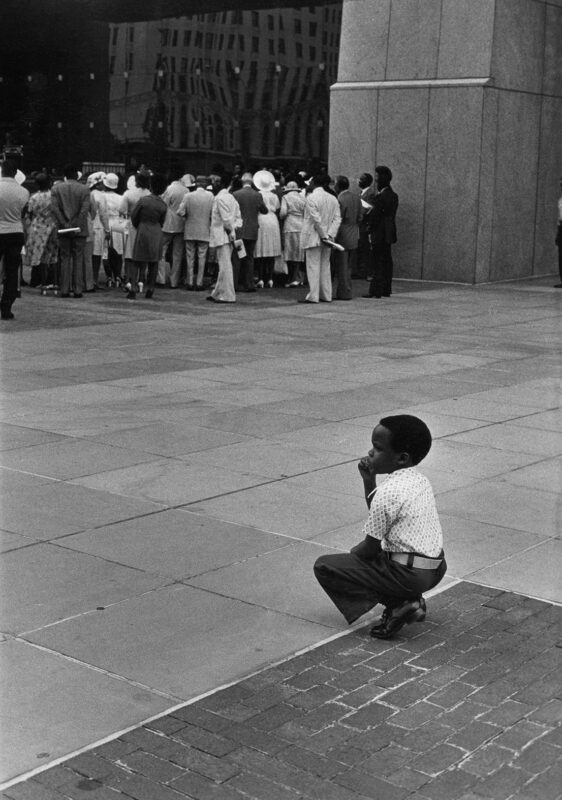 Taous R. Dahmani contemplates the ways in which Ming Smith’s self-portraits – their heterogeneity and transformability – constitute a practice of affirming her kaleidoscopic being to the world.

Several years ago, in the hope of discovering early photographs by Jeanne Moutoussamy-Ashe, I opened, for the first time, the pages of The Black Photographers Annual (1973). While Moutoussamy-Ashe’s work does not appear in the first volume – but only from the second – starting my reading with the first issue meant I came across the name of Ming Smith and what was apparently her very first publication. Launched in 1973, on the initiative of the Kamoinge Workshop, the periodical operated as a unique space for African-American photographers to determine independently both the content and conditions of publication and give them control over words and images: something that had been denied to the vast majority of them up until then. In her Aperture monograph (2020), Smith – who was the first female member of the collective – recalled: “this group of Black male photographers wanted to take control of their own images – their humanity.” The empowering agency necessary for the implementation of such an editorial project is an effective way for photographers to come into existence as authors of their images. In the introduction to the first volume, Clayton Riley suggested that The Black Photographers Annual enabled an “awareness of self”. At the time, I understood this phrase in line with consciousness-raising practices in the broader political context of 1970s America and its possible links with the affirmation of the African-American photographers’ “photographic identity”.

Of the forty-nine photographers published in The Black Photographers Annual, I remember being struck by Smith’s portfolio. More specifically, the second photograph piqued my interest when I realised that the silhouette in the lower left corner could be the reflection of the photographer holding her camera with both hands. Through a game of reflections, that can sometimes make us lose our spatial cues, the figure of – what I still hope is – Smith comes into being. The relationship between the photographic process and that of the construction of an identity was asserted by Smith as early as 1973 as quoted in her bio from The Black Photographers Annual: “My photographs attempt to open the passageway to my understanding of myself.” A passage Smith would take throughout her career, making her self-portraits some of the most interesting aspects of her work. Seeing herself, beyond imposed images.

As Neelika Jayawardane wrote: “When Smith picks up her camera and photographs the intimacy of her face and body in a multitude of situations and places, it is a response to her own beautiful aliveness, her situatedness within a moving world.” Framing herself at the bottom of the picture is something she would do again in the 1989 self-portrait with her Canon camera, where, against the backdrop of a floral wallpaper, she contorts her torso in order to aim at a mirror, the reflected image revealing the upper part of her face, the skin of her back and her hand, once again, holding her camera. This image ought to be considered in line with the long and popular tradition of women photographers’ self-portraits-with-their-cameras, as exemplified by one of Smith’s friends and influences, Lisette Model – from the 1955 half-naked bathroom picture to the 1982 Paris hotel room photograph.

In one of the interviews published in her monograph, Smith stated: “being a photographer was a journey that was about my conversation with my camera.” Smith’s photographic practice is undoubtedly marked by experimentation, offering several departures and different arrivals around her identity as a photographer, a woman, an African-American, a dancer, a music-lover, etc. – an idea echoed by Trinh T. Minh-ha in When the Moon Waxes Red (1991): “Since identity can very well speak its plurality without suppressing its singularity, heterologies of knowledge give all practices of the self a festively vertiginous dimension.” Time and time again, Smith dared to turn her lens towards herself because of the urgency of affirming her kaleidoscopic being to the world. For being the first African-American female photographer to be collected by MoMA did not, according to her, make much of a difference in her life, and certainly did not interrupt the process of her own recognition and self-affirmation as a photographer.

As a model, dancer and jazz-enthusiast, performativity played a central role in Smith’s self-portraits, as exemplified in Me as Marilyn (1991) or Self-Portrait as Josephine (1986), the latter serving as a clear homage to Josephine Baker but perhaps also to Katherine Dunham, whose “Technique” Smith learnt when she arrived in New York from Ohio. In his book In the Break (2003), Fred Moten pointed out that “black performance has always been the ongoing improvisation of a kind of lyricism of the surplus – invagination, rupture, collision, augmentation.” A quality we can also easily find in Smith’s 1990s Ellen Gallagher-esque collage of a 1972 self-portrait. The multitude of her self-portraits – their heterogeneity and transformability – work as an emancipatory practice. Not published in the book, and yet essential in the construction of the self through the image, is her 1986 self-portrait as she is breast-feeding her son – an image taken ten years after Deborah Willis’ triptych, I Made Space for a Good Man (1975-76), entitled after a Philadelphia College of Art professor told then-art student Willis that “a good man could have been in [her] seat.” Performing maternity for their cameras states something about female photographic experiences, disobeying traditional considerations about the constructed image of The Photographer as male and White. As bell hooks wrote in Art on My Mind (1995): “to transgress we must return to the body.” We could also mention Diane Arbus’ 1945 self-portrait with her daughter, Doon, where, once again, the maternal body is at the centre of an experimentation with the photographic medium and still asserts desire and reflexivity.

I could write many more words on Smith’s self-portraits; I could also write about Smith’s photographic walks into the night, her spirituality, the blurs, the paint, the poetic titles, the light and the darkness, the phonic substance and the auratic nature of her photographs – and a lot of people have been very good at doing just that. But when reading the interviews Smith gave about her practice, I am struck by the lexicon of sensuality used by the photographer to describe her relationship to image-making. The inexpressible in the expressed. Smith often states that she “follow[s] [her] impulses”, or that photographic discovery is “a turn-on for [her]”. Yxta Maya Murray even wrote that “she picked up her Canon and held it to her face as if it were a lover.”