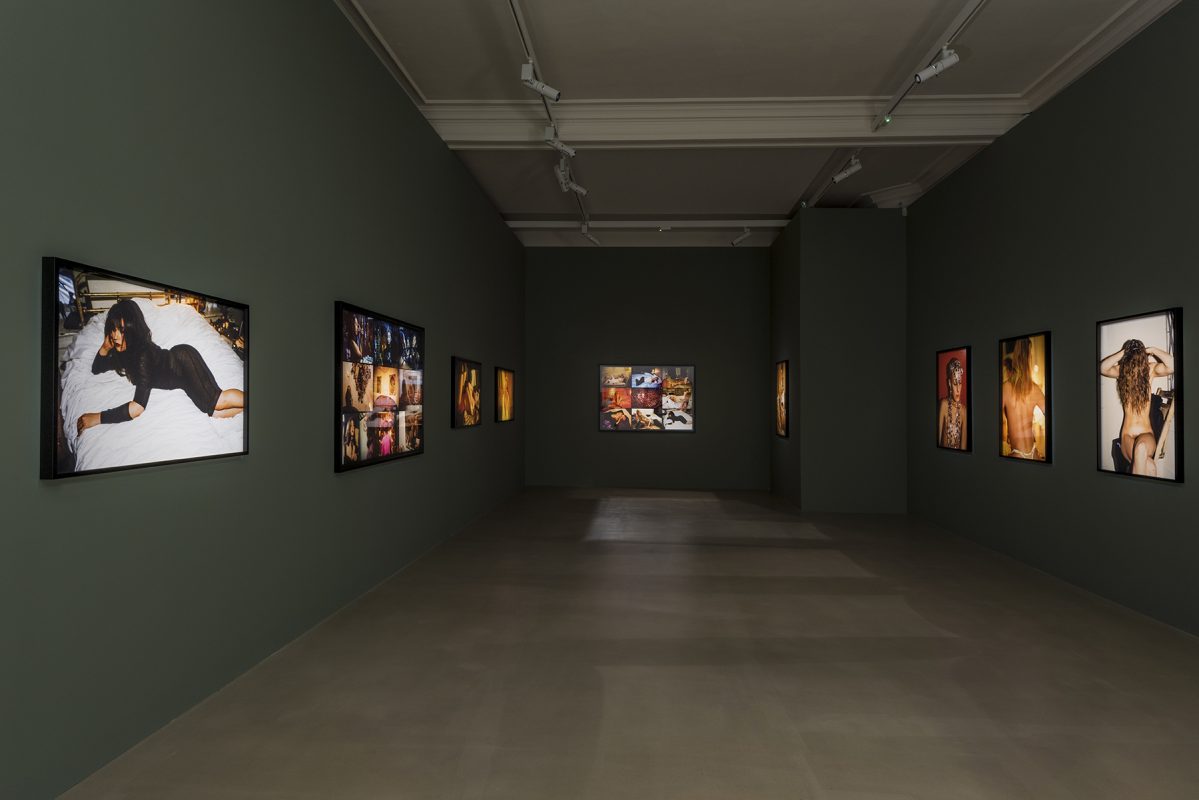 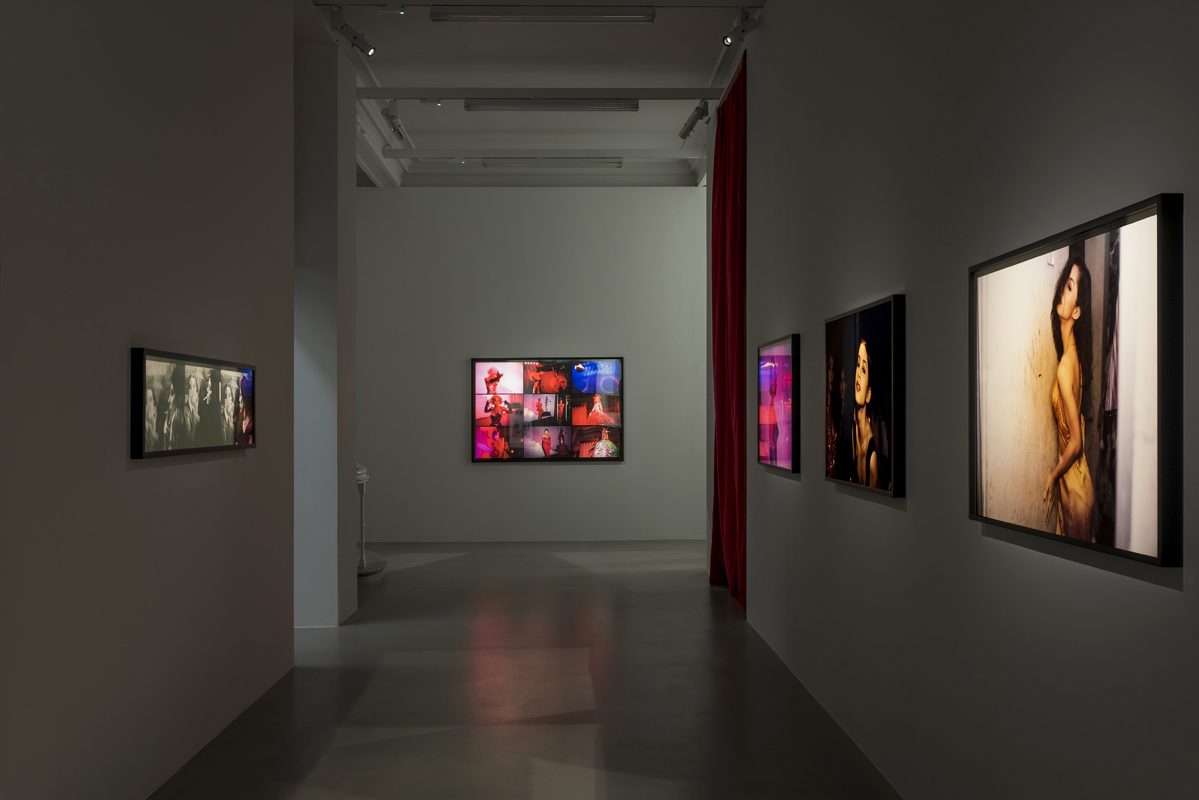 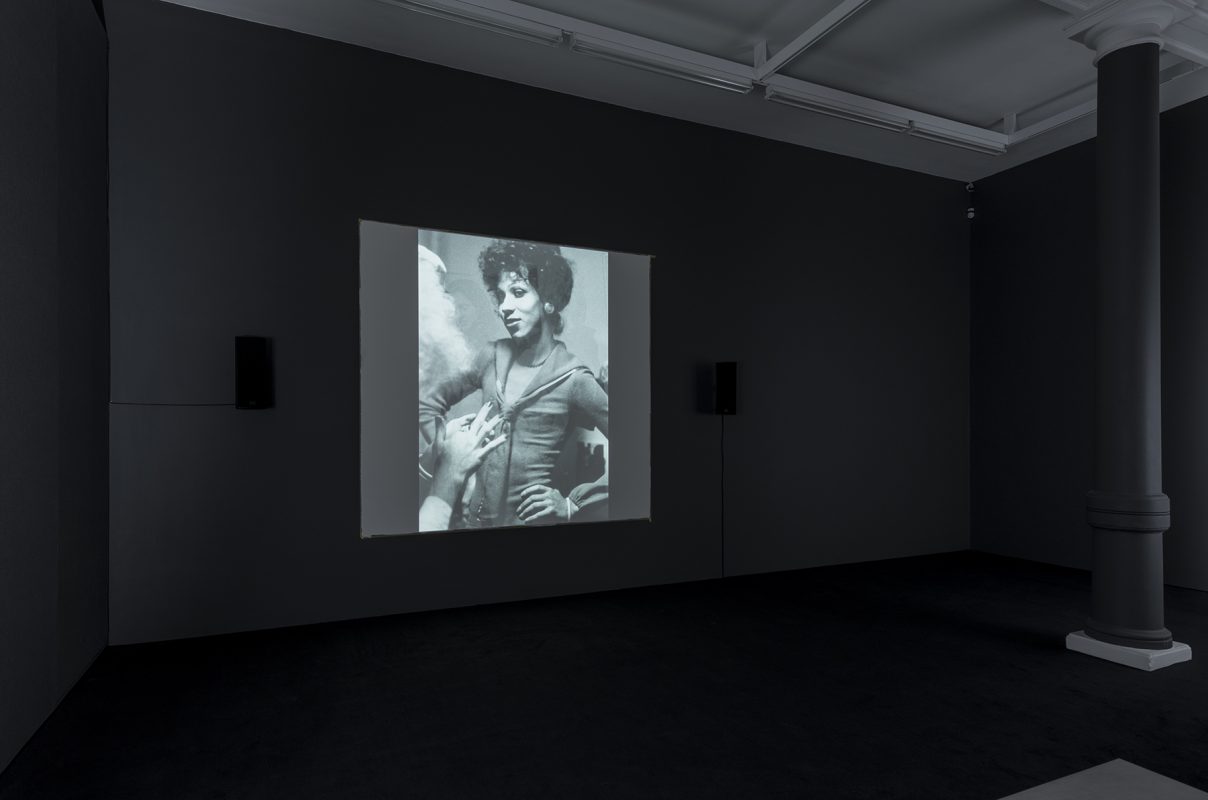 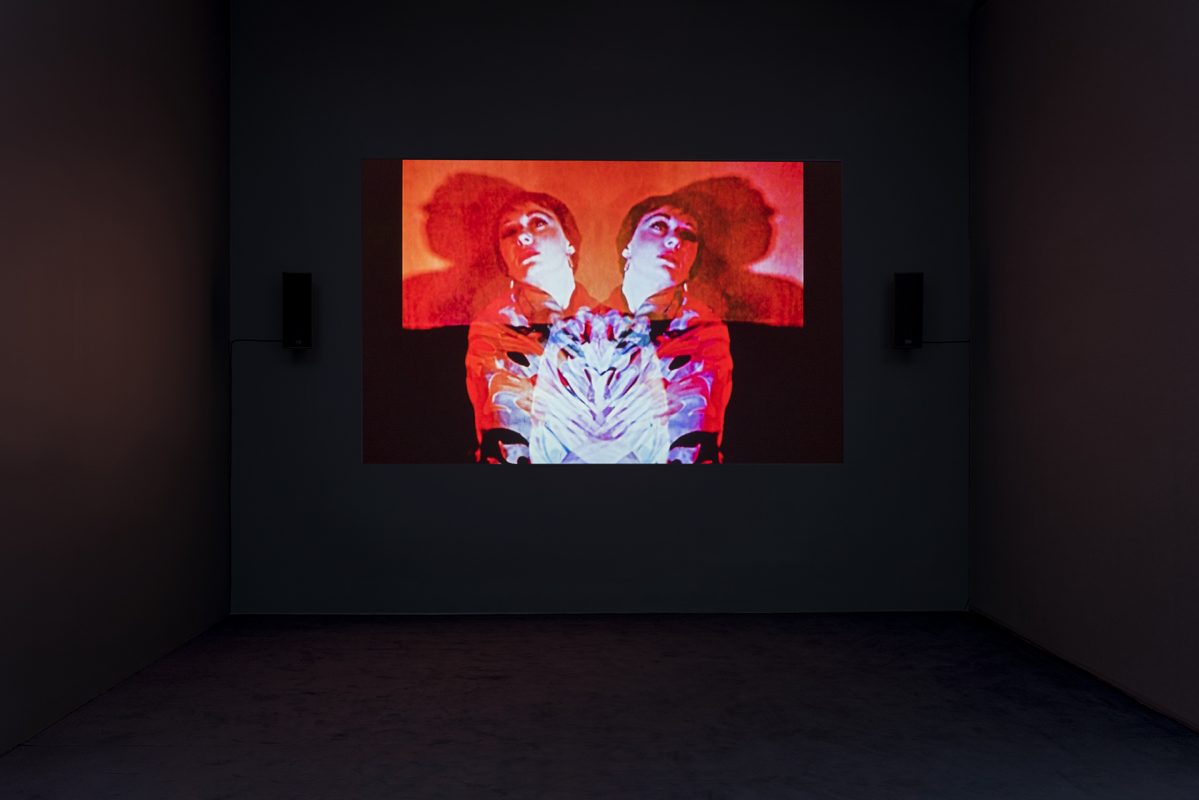 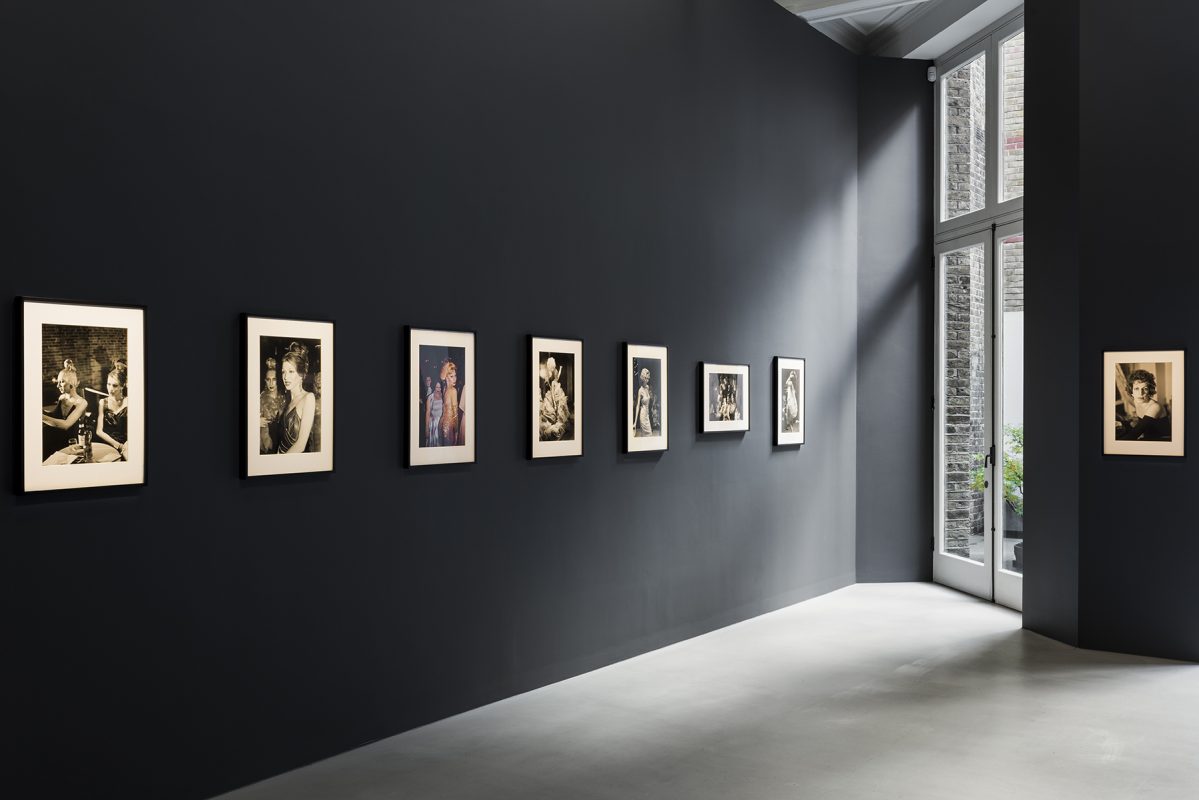 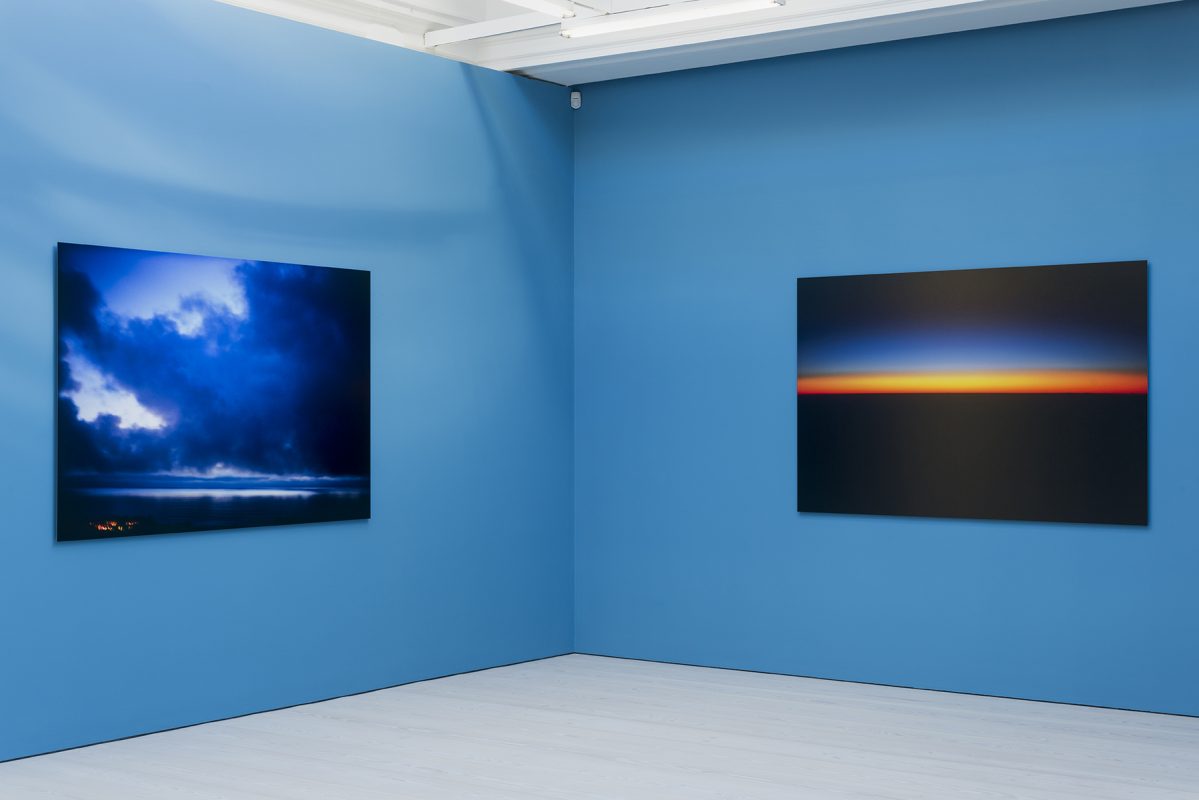 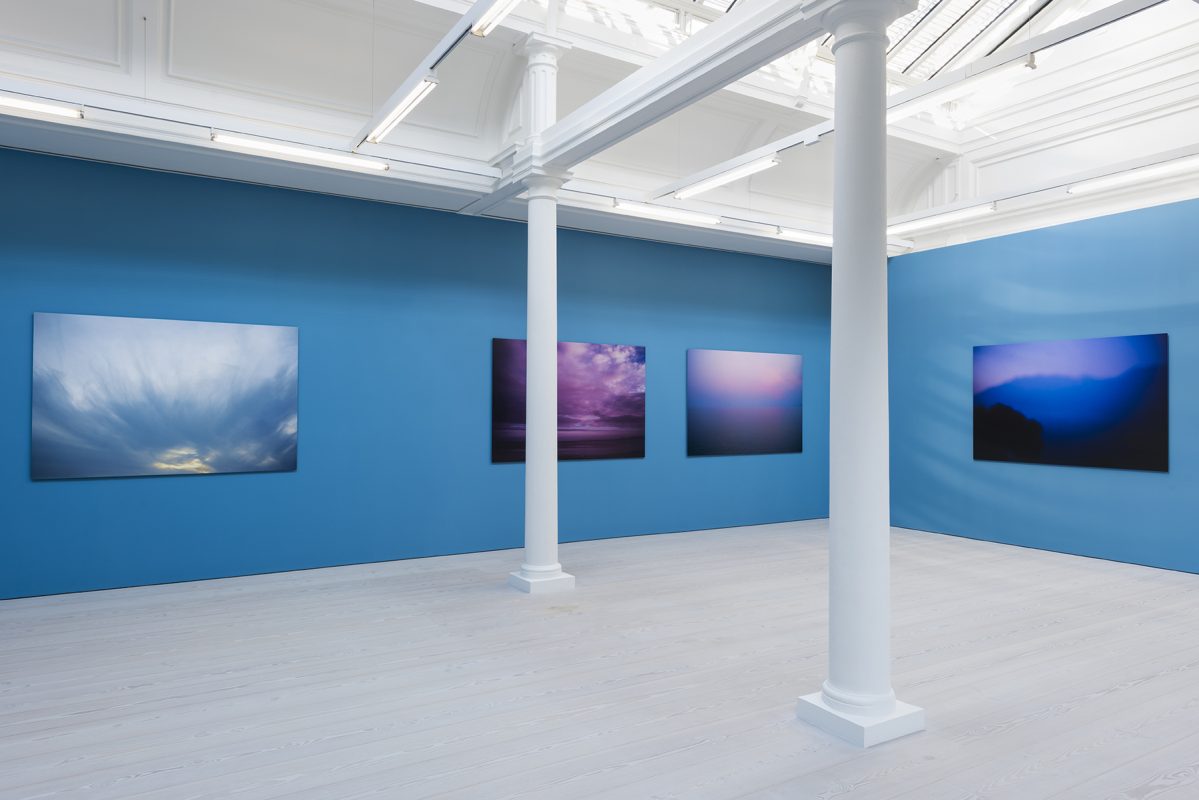 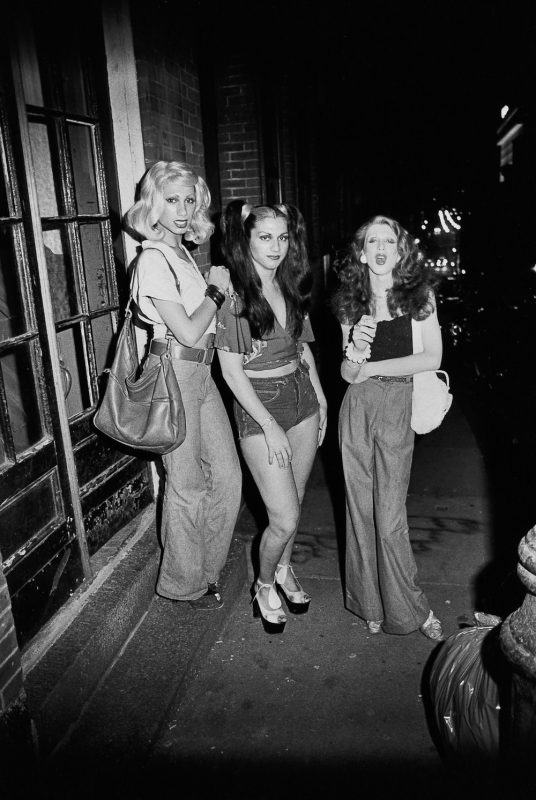 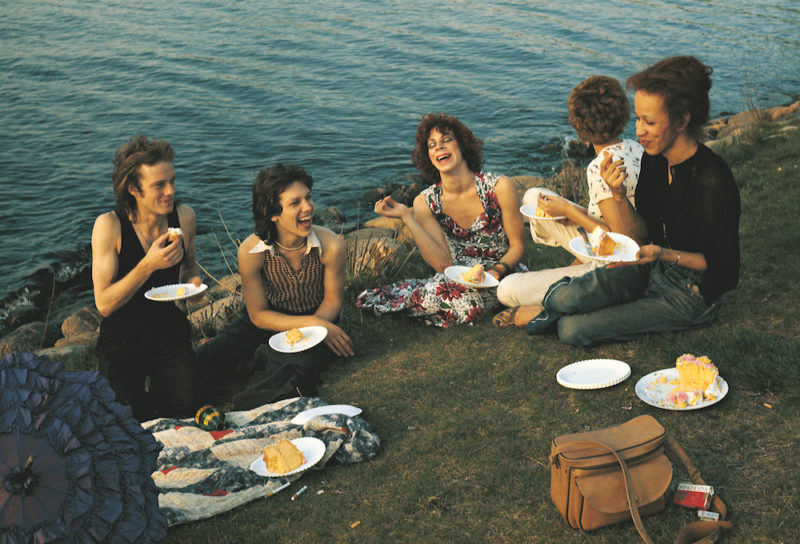 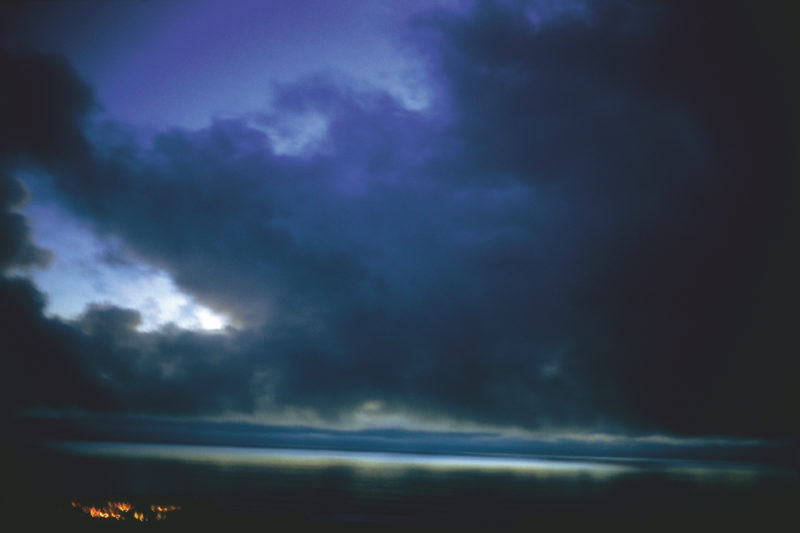 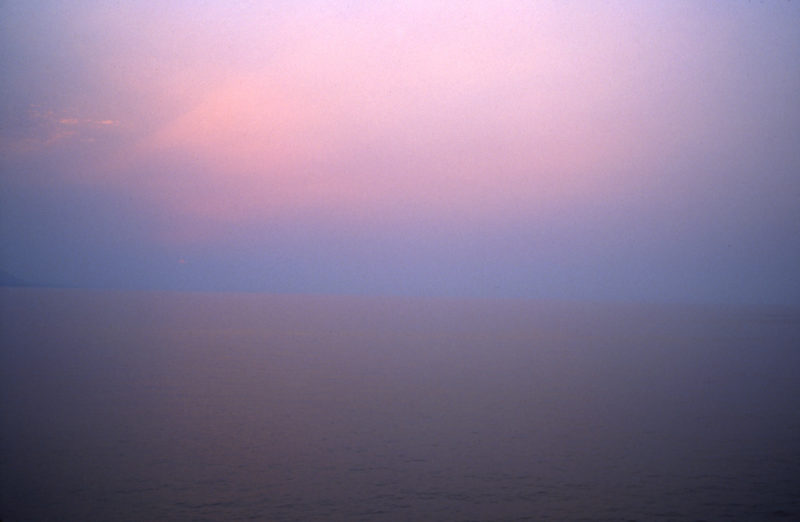 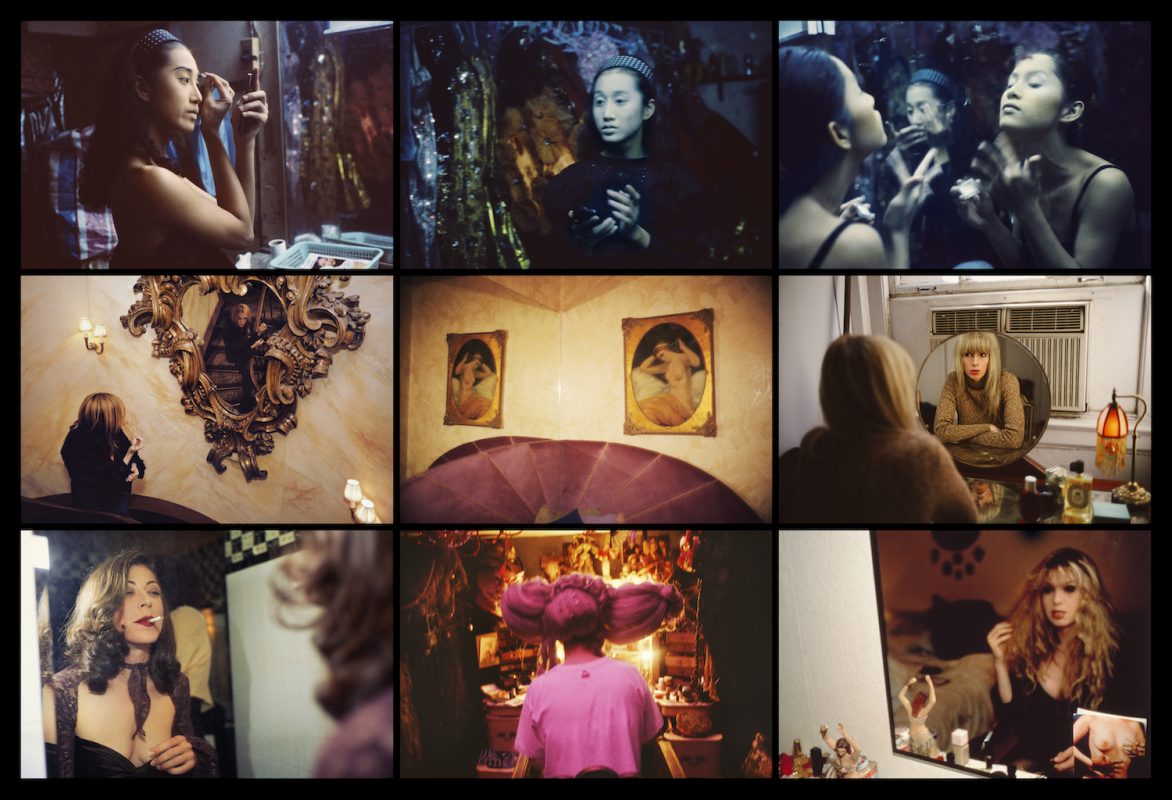 The image of the siren in popular culture is as seductive temptress of the sea, luring unsuspecting men to their deaths. According to Emily Wilson, translator of The Odyssey (2017), Homer’s sirens were not, in fact, sexy mermaids. ‘The seduction they offer is cognitive: they claim to know everything about the war in Troy, and everything on earth. They tell the names of pain.’

This understanding of a specifically feminine wisdom from bird-like creatures who operate between life and death resonates with Nan Goldin’s achievement in Sirens, an exhibition at London’s Marian Goodman Gallery. The war in question is not Troy, but addiction, and who and what fuels it. And, of course, as with Homer, this most personal odyssey is as much about love, knowledge and justice as about war itself.

The show states its first intention with a cabinet of protest, filled with Oxycontin bottles, notes from the Bankrupt States of America, and badges emblazoned with the word ‘Painkillers’, with ‘Pain’ crossed out in a purposeful act of sous rature. Because the word and its negation are both visible, the paradox of the nature of a drug like Oxycontin, and the morals of the company, Purdue Pharma, that supplies it, are vividly foregrounded.

The opioid crisis in the US – where for every one million Americans, almost 50,000 doses of opioids are taken every day – has been well documented. The art world has played its part, largely via the activities of Goldin’s advocacy group, PAIN, conducting successful campaigns against accepting donations from the Sackler family, owners of Purdue, which has funded so many institutions from the Tate to the Serpentine. Of the key institutional players in the UK, only the V&A remains impervious to this pressure. Goldin’s focus on opioid addiction is personal. She was addicted to the illegal drug heroin in the 1980s and to the legal, aggressively marketed drug Oxycontin after a prescription for tendonitis in 2014. Every work she has ever created, every photograph ever made is borne out of a deeply personal impetus. In Sirens, it is folded into every collision between singing and seeing, into each caress of two aesthetic modes. But what is ‘it’, this core personal mood? I would suggest it is best expressed in words as honesty. In a 2013 interview, when talking about the suicide of her sister, and how her parents made it part of a revisionist history of family life, Goldin said: “I think the wrong things were kept secret. I still do.” These two sentences encircle her art practice like a force field.

One of the four new audiovisual works created for the exhibition The Other Side (1994-2019) operates as memorial to friends lost (of course, all her works do this). I enter this room to the unmistakable sound of Song to the Siren. The Did I dream you dreamed about me? line, with its hypnagogic double-step into another realm, is the territory to which we are led when immersed in Goldin’s work, at once worldly and otherworldly. It is hard (for me) to retain images from films or filmic sequences; it is as though once seen, they disappear back into their own realm, only to be remembered on second sight. Within the exhibition, images recur, both between the multi-media works, and in the framed still portraits that occupy one whole room and several walls. This repetition of faces illuminates them like old friends, or like someone passed in the street, half-noticed, yet intensely felt. The lyrics and emotional register of further tracks such as Fever and What Makes a Man a Man? are edited to highlight specific images and to add a layer of meaning to what we see. The latter song, performed by Charles Aznavour, asks a question that haunts many of Goldin’s images. Her world was (is) populated by people defined in society as drag queens, transvestites or transsexuals. To Goldin, they are simply her friends; such gender definition has always been fluid. My notes on the images, scrawled in the dark, read as follows: embrace, fabrics, bed, opulence, birthday, balloons (more), déjeuner sur l’herbe, kissing eyes open, sofa snogging, Bangkok boygirl, direct gaze, hazy eyes, marriage, Baudelaire, Marilyn, cadaver, parade. In writing the list, I can conjure the images again; they are vivid once more, but for me only, and my connections to loss and to love.

In another installation room, two films run consecutively; Memory Lost and the eponymous Sirens, and for this reason, we must assume the two work together as twinpoles of ecstasy and addiction. Memory Lost is most overtly ‘about’ addiction. This imagery is interspersed with old answerphone messages – wakeupwakeupwakeupwakeupwakeup – and the desperate sound of a jarring ring tone. Goldin understands well how film can disrupt linear time, and how temporal dislocation is a feature of the addict’s life. This film runs on narcotime and the user’s experience of ‘being outside of myself, looking down’ pervades. Such an out-of-body experience is also a marker of trauma. As the voiceover suggests, if it was trauma that likely fuelled the addiction in the first place, the role of the drug is obvious – to make us feel totally desirable, totally human, whole.

Sirens begins with ethereal whistling, accompanying imagery of an androgynous being, speaking words we can’t hear, making gestures and signals we can’t fathom, like the sirens intonating the names of pain. What follows is a series of metamorphoses – a face in a sequined mask, a woman inhaling smoke, playing with her slinky, a tall, stilted creature encased in metal. The footage here is familiar, too, but not from within Goldin’s archive. She has repurposed fragments from Federico Fellini, Michelangelo Antonioni, Kenneth Anger and other distinguished directors, playing on tropes both familiar and unfamiliar. Unsettling images crescendo to a huge rave scene, which feels epiphanic, ecstatic, yet culminates in an unbearable bleached-out brightness. People are running; from where or towards what, we cannot know. The closing imagery invites the viewer back to an oneiric state, as a woman, washed up on a beach, awakens, as though from a particularly sensual dream.

A three-minute video, Salomé, is at once the most theatrical and least intimate of the new works, yet offers in some ways the most gripping visual experience. The images are split between three channels, one of which features Hieronymus Bosch’s Garden of Earthly Delights (1490-1510); a second, horrified faces of establishment men, looking; a third, the seductive performance of a drag queen. Sexuality is celebrated, as Salomé makes voyeurs of us all.

Goldin’s intimate knowledge has already shaken the financial foundations of the art world, by stemming at least some of the blood money sloshing through its halls. It could offer further insight into why millions of people in the free world feel an overwhelming need to numb their pain, or as visual antithesis to the deadly disease of shame… though such question are still not so readily asked. Speaking of her sister’s death, Goldin said “What killed her is she was born at the wrong time. She didn’t have a tribe.” In a society that certainly has tribes, and where activist voices are recognised and respected, it is nevertheless hard to know in which direction we are moving, riven as we surely are with brutal enmity and continued injustice. Goldin’s work feels urgent; it always did.

It felt poignant, like an exhale, to see the upper floor of the elegant gallery taken over entirely by large scale photographic prints of the sky. It’s impossible to photograph the firmament well or badly; its vicissitudes too numerous, its beauty too fleeting or too eternal. We can’t remember the sky. We can never forget it either. ♦

—
Max Houghton is a writer, editor and curator working with the photographic image as it intersects with politics, law and human rights.  She runs the MA in Photojournalism and Documentary Photography at London College of Communication, University of the Arts London. Her writing has appeared in publications by The Photographers’ Gallery and The Barbican, as well as in the international arts press, including Foam, 1000 Words, Photoworks and Granta.  She is co-author, with Fiona Rogers, of Firecrackers: Female Photographers Now (Thames and Hudson 2017).  She is a Law’s faculty scholarship doctoral candidate at University College London. With David Birkin, she is co-founder of Visible Justice.