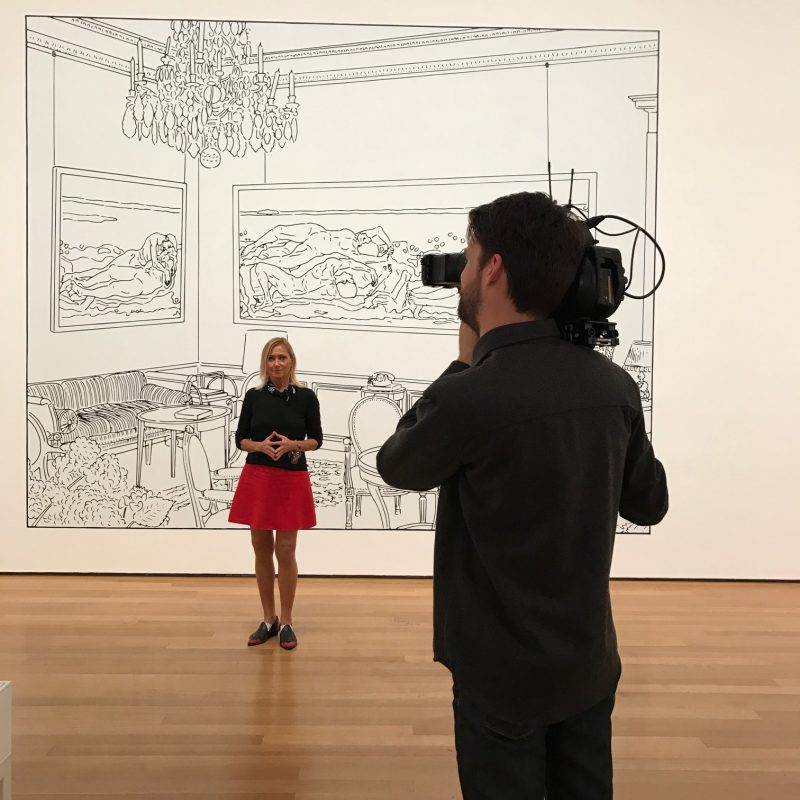 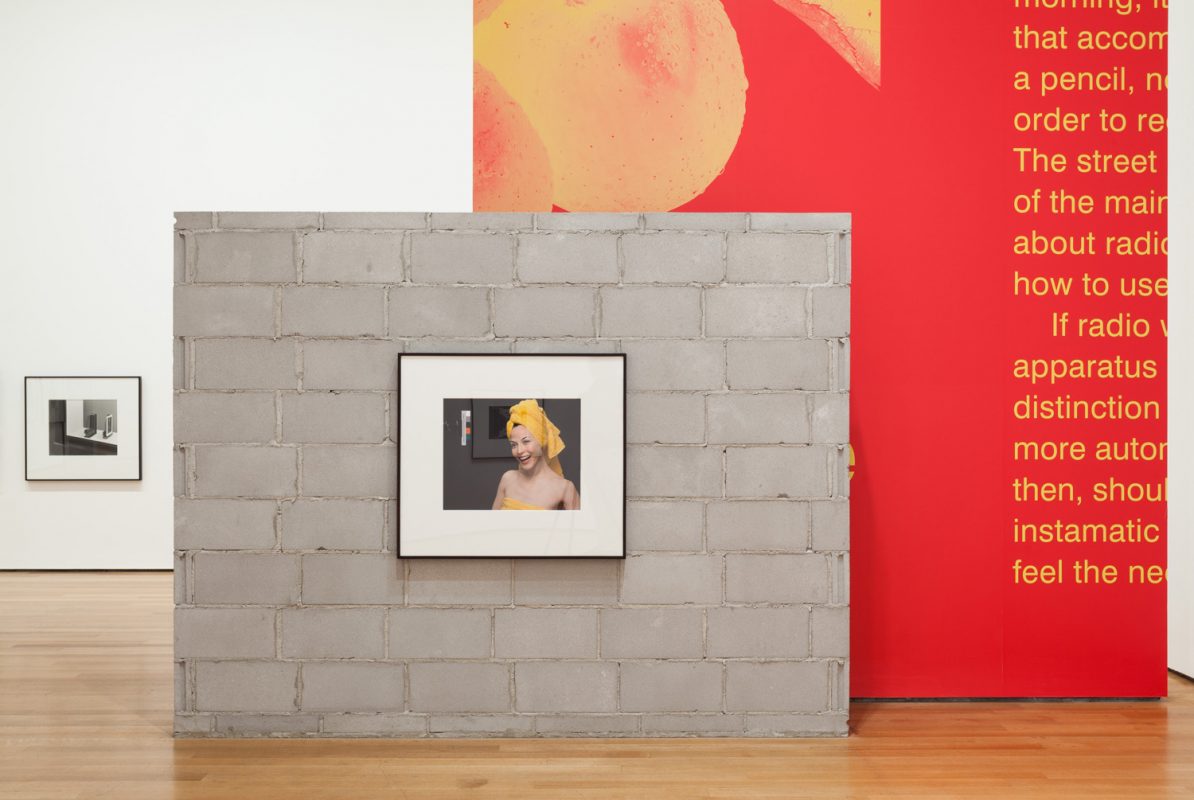 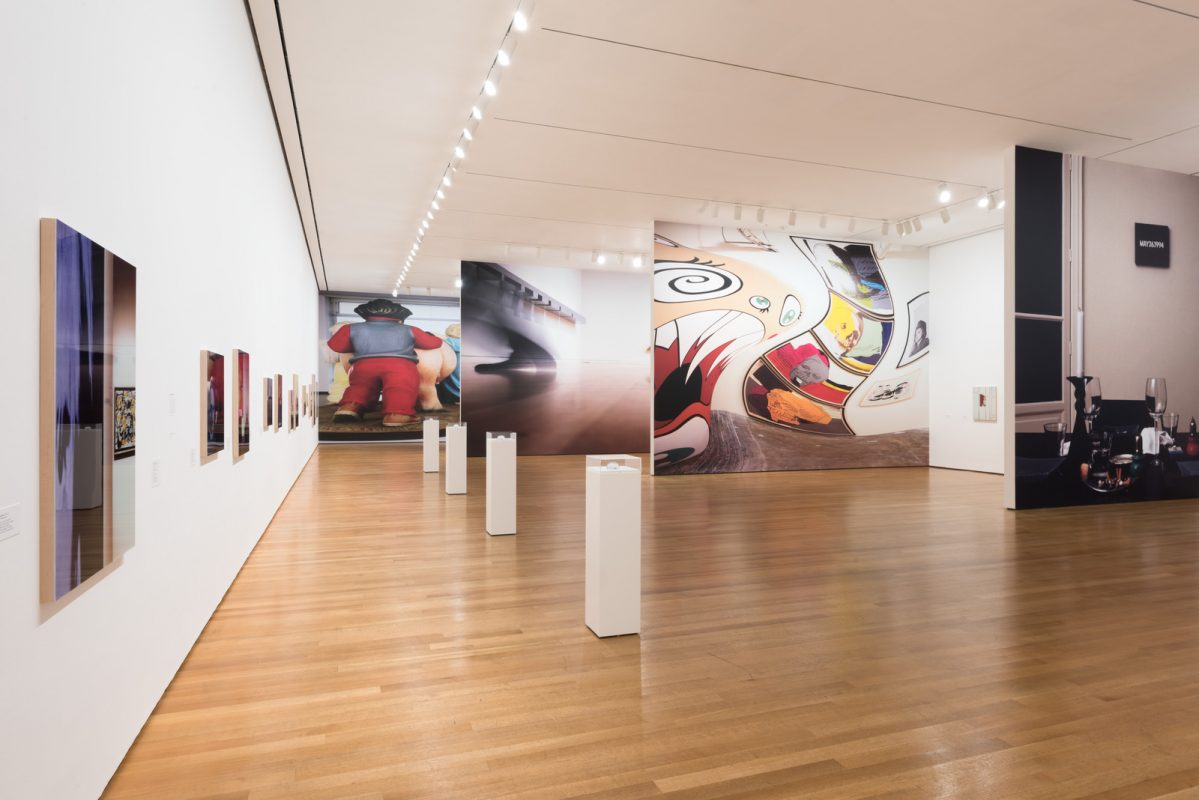 Roxana Marcoci is Senior Curator of Photography at The Museum of Modern Art, New York. She holds a PhD in Art History, Theory and Criticism from the Institute of Fine Arts, New York University. The recipient of the Center for Curatorial Leadership Fellowship in 2011, Marcoci chairs the Central and Eastern European group of MoMA’s C-MAP (Contemporary and Modern Art Perspectives in a global world). She is the co-founder of MoMA’s Forums on Contemporary Photography, held three times a year since 2010.

Marcoci is also visiting critic in the graduate programme at Yale University and a contributor to Aperture, Art in America, Art Journal, and Mousse. She has co-edited and authored Photography at MoMA, a three-volume history of the expanded field of photography (2015/17), and is currently at work on a Wolfgang Tillmans retrospective.

Exhibitions are grounded in asking questions, and in that sense their initial form is investigatory. But the making of an exhibition is an active statement of positions. Its unfolding entails exchanging ideas with artists, engaging with objects, narratives, and processes, or in conceptual art, non-objects, and introducing creative models for collective or collaborative authorship in ways that unsettle the past and imagine the future. I’m attracted to all these aspects, and also to the fact that an exhibition pays attention to the structure of reception, or spectatorship – the form of address by which art seeks a rapport with its viewers.

It has been suggested that today there are more images of the world than the world itself. Of course none of this is as new as it sounds. As early as 1927, in his essay “Photography” the film theorist Siegfried Kracauer compared the mass-media explosion of photographic and film images to a “blizzard” of images. Then, in 1983, in Towards a Philosophy of Photography, media philosopher Vilém Flusser likened the function of photography to a dam that has absorbed all traditional images. The revolutionary potential and, at the same time, aberration of the technical (photographic) image was its built-in potential to collect all traditional (prephotographic) images. According to Flusser, our collective memory is formed by technical images circling to and fro on their own axes and around us. In the age of Covid-19, we experience much of culture in the form of digital culture. The pandemic crisis and our physically distanced lives are enacted on zoom and social media platforms. This mediated relation to the real has resulted in an excess of images and information. We are seeing digital exhibitions with high-resolution renderings of art works, virtual cultural events, and live streaming studio visits with artists. Much of our curatorial initiatives have moved online: #MuseumFromHome. At MoMA online viewing has far surpassed (by millions) the traffic within the institution’s tangible walls. The museum’s analogue and digital platforms are complementary. Personally, I don’t have an issue with image excess as long as we develop the critical apparatus to interpret visual information – one issue to keep in mind is who is visible, who is invisible, and what vision signifies.

More than a skill, I think it’s the desire to create a legacy for what is happening in the now and generate new ideas and scholarship. For me that means connecting photography’s first 180 years to contemporary ideas, to lens-based, time-based, and digital practices, to a larger visual culture that expands photography’s ability to reveal things about the world around us. There is invaluable power inherent in looking at art – and at the world – in a new way. And that is a sine qua non quality for a curator.

Curating means to be engaged in the creation of culture. I always had an interest in the humanities, and I arrived to curatorial work by studying art history, theatre and film criticism, and sociology. And by seeing lots and lots and lots of exhibitions.

Feminist, global and multimedia in approach, dOCUMENTA (13), curated by Carolyn Christov-Bakargiev, across multiple venues throughout Kassel, Germany and three major outposts in Kabul and Bamiyan, Afghanistan, Cairo, Egypt, and Banff, Canada, remains one of the most memorable exhibitions of the new millennium. Its emphasis on the trauma of war, violence of history, and artistic solidarity is still very present with me. So many of the artists I admire, including Jérôme Bel, Trisha Donnely, Pierre Huyghe, Sanja Iveković, Goshka Macuga, Julie Mehretu, and Zanele Muholi were presented in that exhibition. But, equally important was the work of artists with whom I wasn’t familiar beforehand, such as the 1930s figurative tapestries by self-taught weaver Hannah Ryggen, or the botanist paintings of priest Korbinian Aigner, or the abstractions made since the late 1950s by poet and writer Etel Adnan. This is just to offer a few references since the exhibition featured work by more than 300 artists, writers, and performers as well as research by scientific thinkers in the fields of genetics and quantum physics.

Curators should advocate for artistic diversity, equity, and inclusion. We have an ethical obligation to take political and social stands on how we present art history – from multiple perspectives, not just the standpoint of dominant Western-centric narratives. At MoMA we have various initiatives, such as C-MAP (Contemporary and Modern Art Perspectives in a global world) and the Modern Women’s Group, which consist of curators and affiliated colleagues who think a lot about these questions: How do we go about unsettling established art historical narratives? Activating new readings? Unfixing the canon? Researching counterhistories? Expressing transnational synchronicities? Constructing resistance? Opening alternative models of solidarity? Envisioning oppositional practices? Proposing unexpected linkages? Investigating why  particular lacunae subsist? Critiquing from inside the institutions in which we work? Envisioning the political extent of our scholarly jobs? All this translates in our continuous ability to respond (“response-ability”).

The word “curator” has certainly been abused and misinterpreted, but I like myths. Let them accumulate because they belong to the process of interpretation. Mythology, parables, allegory, reversals of perspectives are entirely necessary.

Make lasting friendships with artists, and don’t be afraid to think large, creatively, outside the box. As Oscar Wilde said, “An idea that isn’t dangerous isn’t worthy of being called an idea at all.”♦

—
Curator Conversations is part of a collaborative set of activities on photography curation and scholarship initiated by Tim Clark (1000 Words and The Institute of Photography, Falmouth University), Christopher Stewart (London College of Communication, University of the Arts London) and Esther Teichmann (Royal College of Art) that has included the symposium Encounters: Photography and Curation in 2018 and a ten week course Photography and Curation hosted by The Photographers’ Gallery, London in 2018-19.