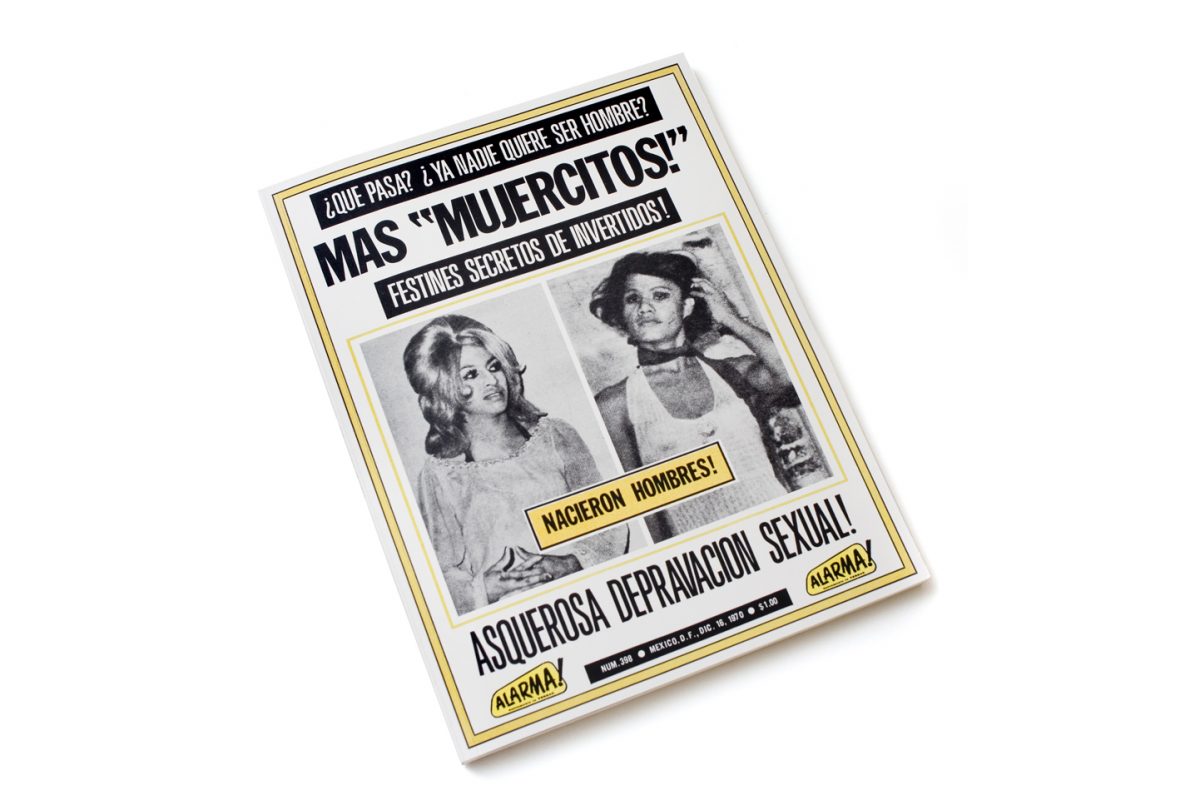 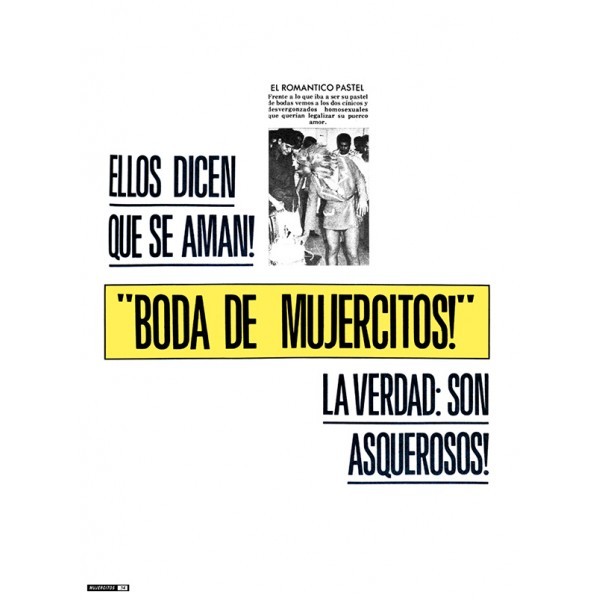 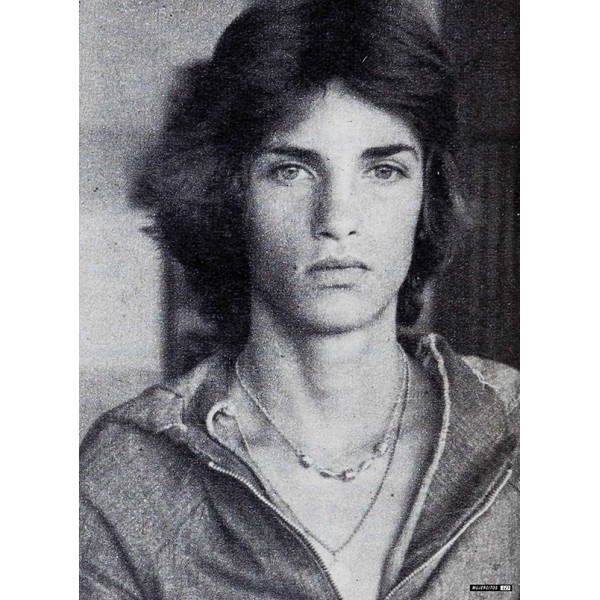 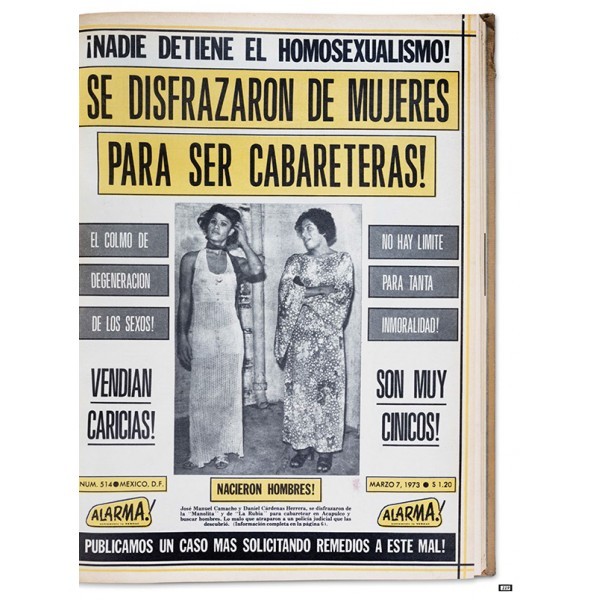 In the 1930s and 40s, the newspaper photographer Weegee (Arthur Fellig) exposed hundreds, if not thousands, of sheets of film of suspects detained by police emerging from police wagons into the brunt of his flashbulbs. While a majority of the arrested attempt to evade his camera and hide their identities with hats or handkerchiefs, one group seem to enjoy the presence of a camera smiling and posing for his camera like starlets – I am speaking of his photographs of transvestites. Susana Vargas’ new book Mujercitos from Editorial RM explores a similar phenomenon across the border in the world of Mexican transvestites as they appeared in the pages of the infamous Mexican weekly periodical Alarma!.

The term ‘mujercitos’, was coined by Alarma!’s Editor in Chief as a synonym for an ‘effeminate man’ and mujercitos were the subject of 286 stories that ran in the periodical between 1963 and 1986 – nearly one article per month. It is not often clear from the texts why the men have been detained but the implication is criminalisation for ‘deception’ – for being attractive on the streets and by extension of the publication, into the homes of the majority of ‘straight’ readers of Alarma!. These stories play both sides of the straight/gay divide at once celebrating their femininity and inviting a homoerotic response in the viewer to the mujercitos and yet condemning them as ‘degenerates’ or ‘perverts’.

Regardless, in most articles the mujercitos do not belie their femininity due to the camera’s presence or detainment. As the book’s editor Susana Vargas speculates, instead they show it off, aware of their image and momentarily taking control of the spectacle as a small act of resistance to the country’s homophobia. Like the transvestite in Weegee’s photo who daintily lifts her skirt as she descends from the wagon to the sidewalk, mujercitos turn the camera from a tool of condemnation into one of empowerment.

All images courtesy of Editorial RM. © Potros Editores, S.A. of C.V. and Alarma!