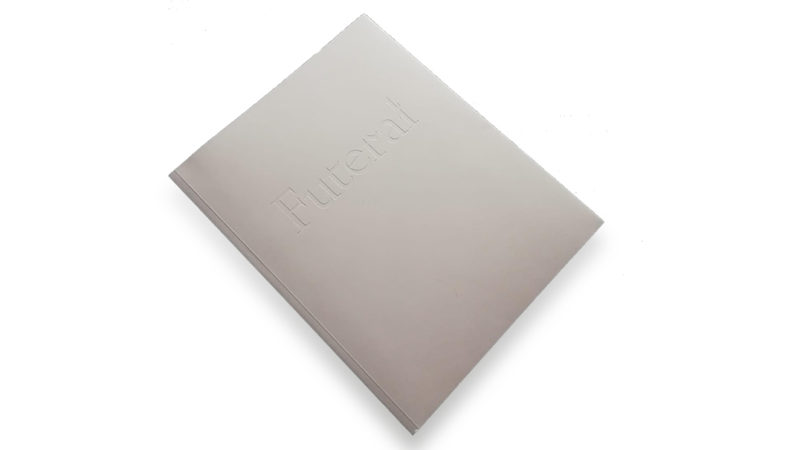 In Beauty in Photography: Essays in Defence of Traditional Values (2005) Robert Adams writes: ‘Beauty, whether in nature or mirrored in art, can itself be painful.’ ‘Futerał’ is a beautiful word. A word which you can’t translate into another language. A word with an existence profoundly tied to its own narrative, a meaning so deeply rooted in its geographical context. And, as exemplified by Agnieszka Tarasiuk’s introduction to Polish artist Anna Orłowska’s eponymous book it is also a word that invites an extensive essay to explore it.

Futerał (translated as ‘the case’ in English by Tarasiuk), in an inevitable and necessary act of surrender, presents the previously untold story of the former splendour and magnificence – and dubious paths of rebirth – of traditional aristocratic Polish palaces. Symbols of a traumatic national history from the past century, these architectural structures are embedded in the artist’s childhood memory just as much as Walt Disney’s Cinderella Castle is in the memories of western girls and women. Seized from their owners during the Communist nationalisation campaigns which occurred throughout the Eastern Bloc after World War II, today these fairylike wonders are repurposed as luxury hotels, private and public offices and amusement parks. They are then saved from – or deprived of – their quiet journey to oblivion. Here, as if hibernating, the dungeons where the servitude was confined are still hidden from the public, tasteful flower bouquets have been arranged for visitors to admire and, of course, photograph. The glories of the past are enveloped in new businesses and marketing needs. As Soundwalk Collective’s Stephan Crasneanscki once stated in conversation with Sasha Waltz vis his compositions based on field recordings collected at various similar sites: ‘Each of these buildings is made of multiple layers of history, sleeping layers, each one with their own narrative. Through the act of recording and re-composing we have re-awoken these narratives and memories that were left behind by their inhabitants, and held tightly inside the walls of these buildings.’

Futerał is a beautiful book. A visual poem, carefully and finely produced in all its parts – from the unquestionable quality of Orłowska’s photographs to the delicate design, from the enriching writing to the fine local printing. It leads us into a controversial, yet bewitching and amusing, journey through old and new relics of Polish history, providing us with a unique, and little-known perspective. One to be passed on and preserved. For these fairylike palaces are mute witnesses to both the brightest and darkest human vicissitudes of our time. ♦

All images courtesy of the artist, Wschód Gallery and the National Film School, Łódź. © Anna Orłowska