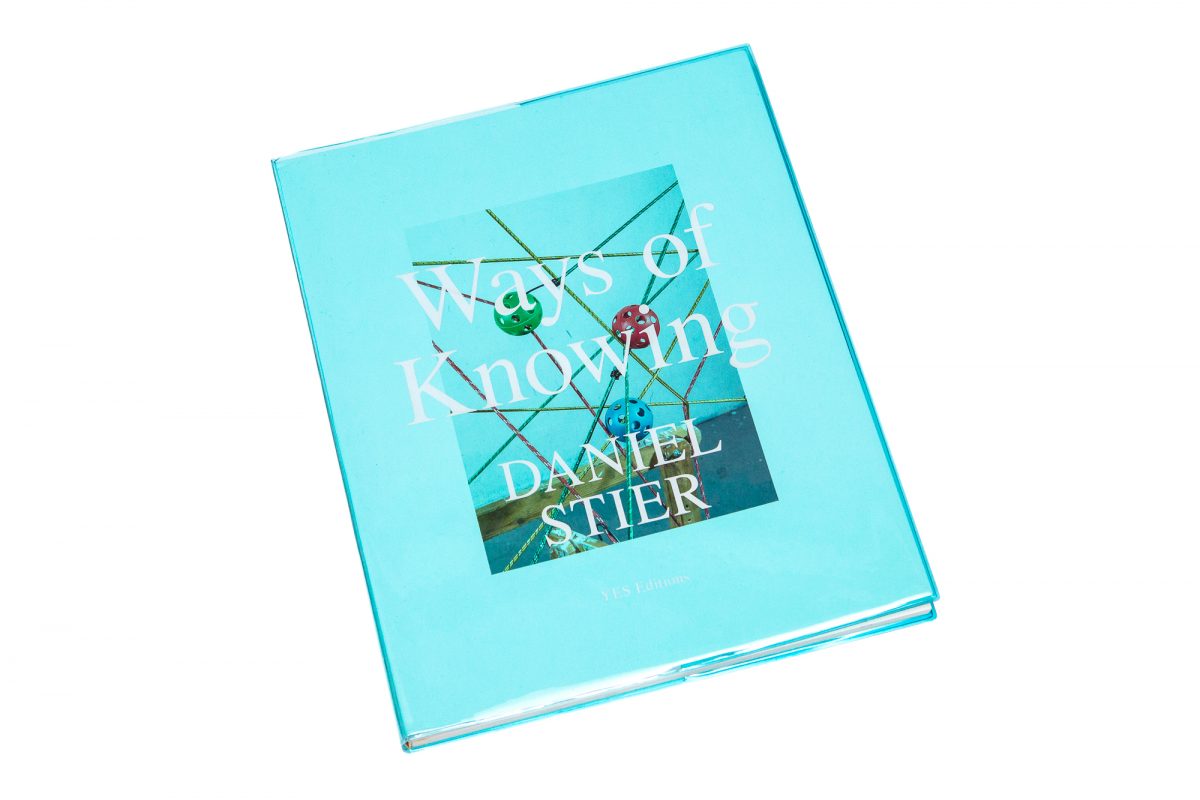 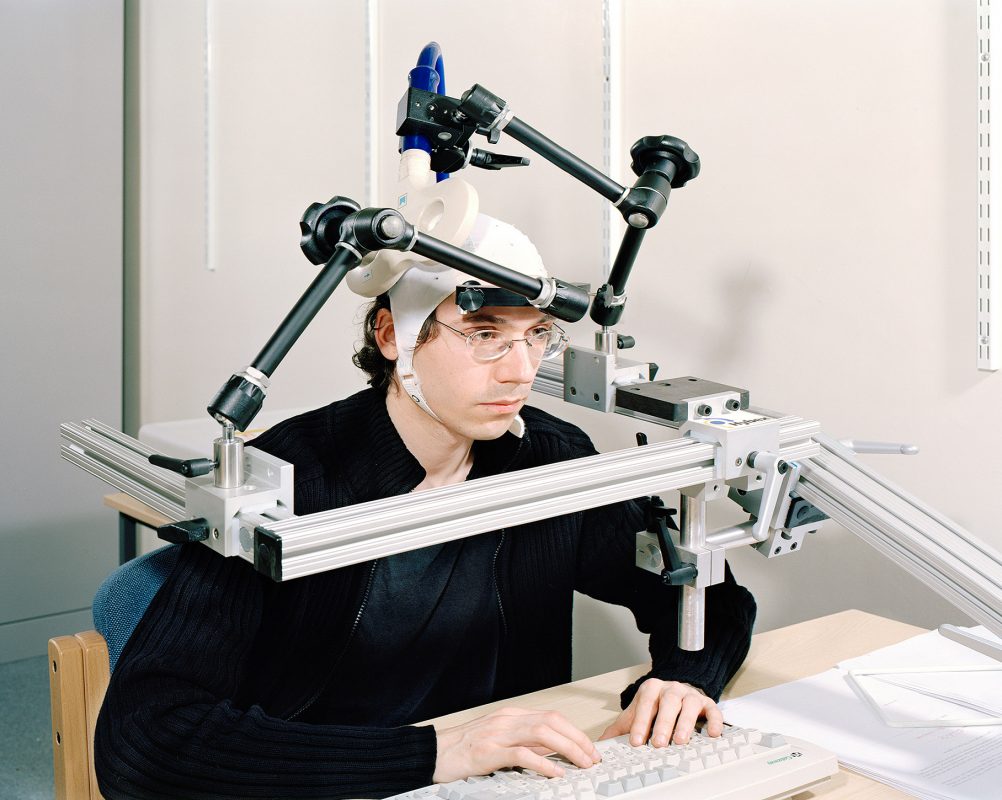 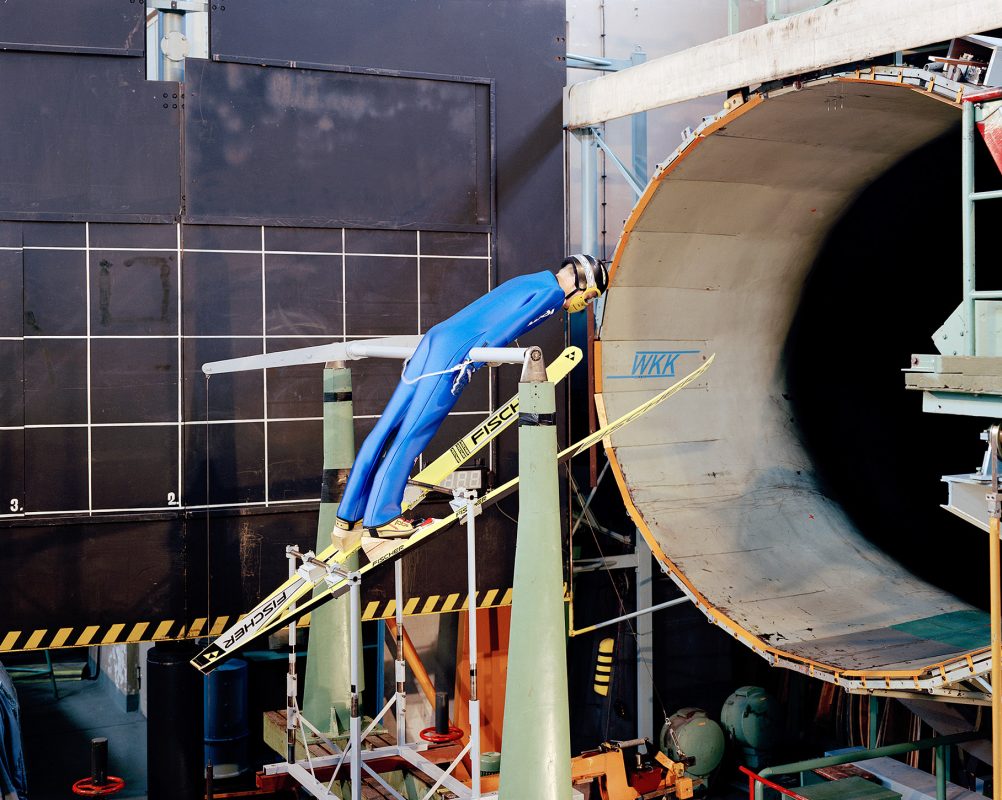 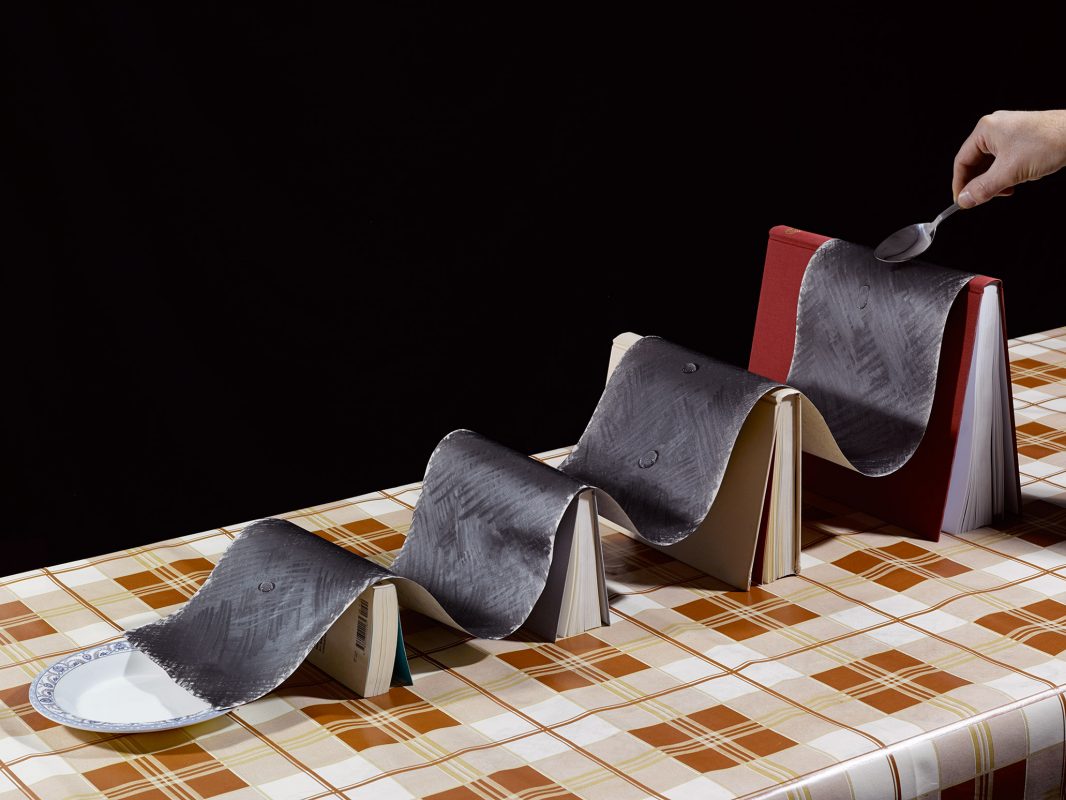 The language of science has frequently been appropriated to lend credibility and authority to questionable endeavours, not least in the history of photography. The serial repetitions and gridded backdrops of Eadweard Muybridge’s locomotion studies, for example, belie the fact that these images were often of dubious investigative value. In Ways of Knowing Daniel Stier plays on this tendency by blending images of genuine scientific experiments with photographs that appear to be elaborate hoaxes.

Opening the blue plastic dust jacket of Ways of Knowing, you are in fact confronted by two books facing each other across a false spine. The first consists of a series of seductive photographs of test subjects taking part in complex experiments at research institutions across Europe and America. These scenes are invariably bizarre, and some more readily suggest byzantine forms of torture rather than a genuine search for knowledge. There is little to give away the true purpose of each experiment but captions at the back of the book reveal investigations into fields like neurology, psychology, and physiology.

The second book consists of a series of still lives, which resemble details extracted from bigger experiments. These include an orange nestling in a curved grid of wire mesh, a man lifting a stool while pressing his head against a wall, and a wine bottle and umbrella balancing obstinately on a piece of string. Where the technical complexity of the contraptions in the first book seem to leave little doubt about their genuine scientific purpose, the modest strangeness of many of the arrangements in the second make these somehow seem less credible, and indeed many are constructions of Stier’s own making, albeit ones which are designed to illustrate genuine scientific phenomena.

In short, Ways of Knowing is a smart, engaging book, which neatly takes advantage of the way we have been culturally conditioned to accept the authority of certain types of inquiry, while doubting others. ♦

All images courtesy of the artist © Daniel Stier