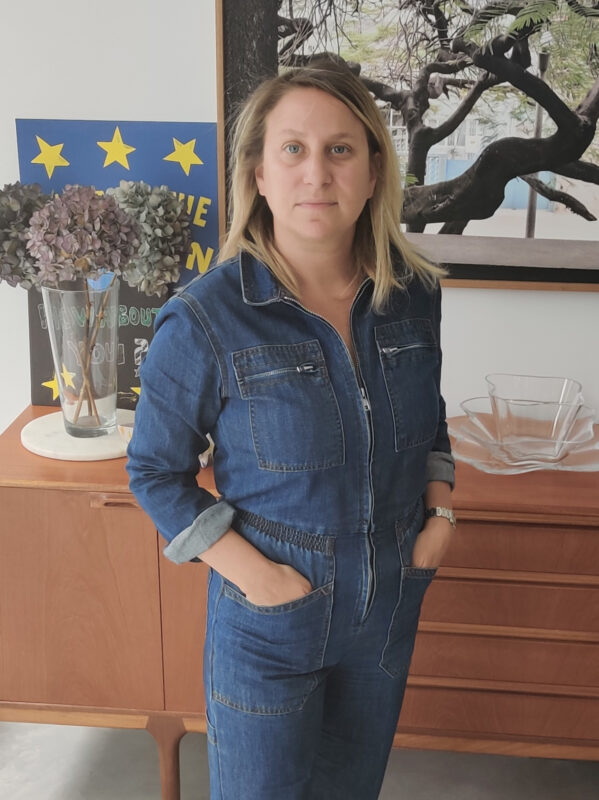 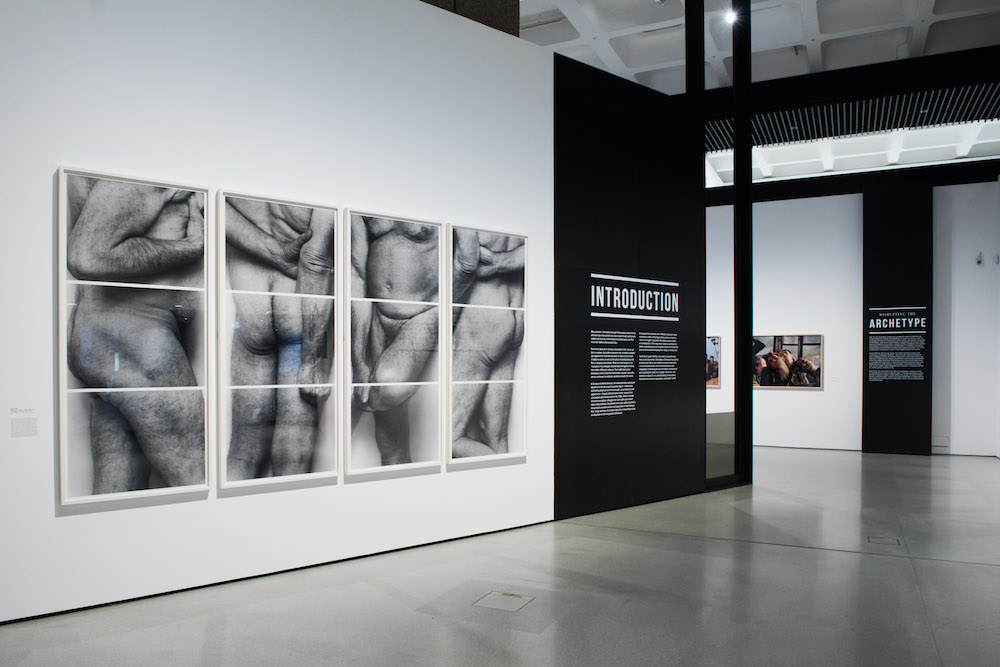 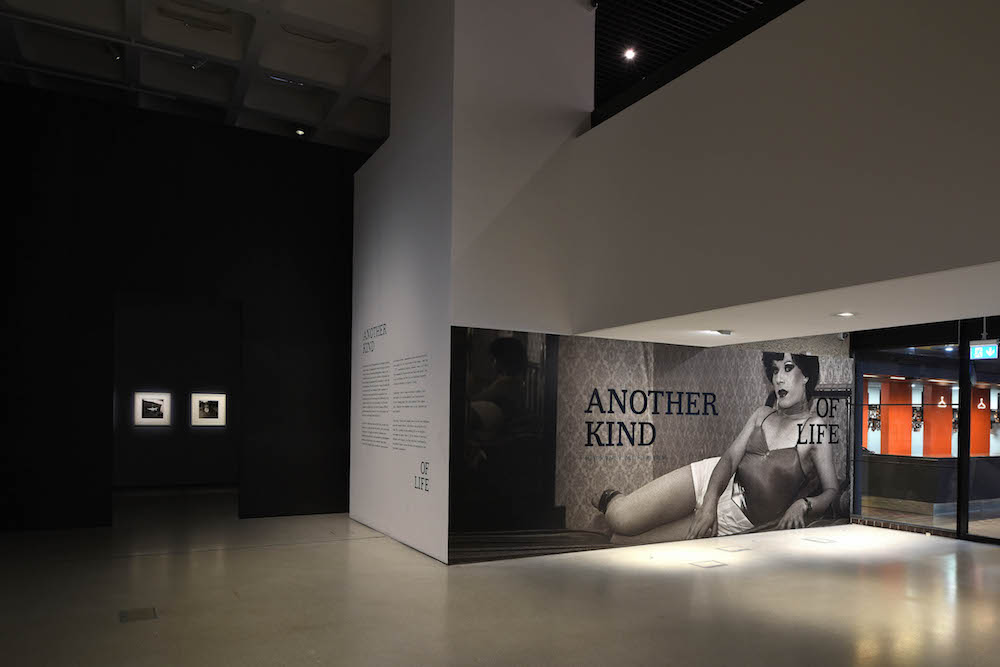 Alona Pardo is a Curator at Barbican Art Gallery, the Barbican Centre London. She has curated and edited several exhibitions and accompanying publications, including most recently: Masculinities: Liberation through Photography (2020); Trevor Paglen: From Apple to Anomaly (2019); Dorothea Lange: Politics of Seeing (2018); Vanessa Winship: And Time Folds (2018); Another Kind of Life: Photography on the Margins (2018) and Richard Mosse: Incoming (2017), among others.

The exhibition form has always held a particular attraction for me because of its inherent multiplicity of form. By that I am referring to the often-lengthy process involved in curating an exhibition, which happens over time and is a process that allows for space to reflect, probe and further refine ideas. I love the process of casting the net wide and researching artists and specific works, playing with different permutations and ultimately allowing a narrative and inherent logic to emerge. It’s a like a huge jigsaw puzzle that you lovingly put together. However, without a doubt the most rewarding aspect of exhibition making is working closely with artists and giving them space for their ideas to coalesce through the exhibition form. Often when I’m working with artists I really see myself as an enabler or facilitator, my role is really to guide them through the spatial complexity of working in the Barbican. Equally rewarding is meeting lenders and experts in the field who are often so generous in imparting their knowledge.

On a more serious note, I believe exhibitions play a vital role – above and beyond retinal pleasure – which is to make manifest ideas through the agency of artistic practice and by extension curatorial practice. Ultimately, I believe curatorial practice has a social function and that this collision between artistic and curatorial practices can activate processes and generate structures that facilitate a dialogical space, a space of negotiation between curators, artists and the public, that hopefully allows for knowledge to form in the curated encounter.

Reflecting on my own experience as a curator, I think it is critical to take into account the space in which I curate – not as an architectural paradigm – but the unique characteristics; in my case, of the Barbican as the largest multi-arts cultural centre in Europe. This very particular dimension informs what we show, how we show it, the connections we make and the curatorial decisions we take, even at a subliminal level. I’m convinced that if I curated shows at the Tate or Hayward they would, by default, take radically different forms, creating other connections perhaps on a more formal or aesthetic level. I would also argue, particularly in my role predominantly as a curator of photography and film, that at the Barbican we have consistently demonstrated our desire to address issues that stretch beyond art and aesthetics, to help us, and by extension the viewer, reflect and understand the world from more complex and nuanced perspectives.

I recently came across a quote by James Baldwin where he says that “artists are here to disturb the peace”. So while it is true that we live in an age where there is a glut of images and information, it strikes me that we need artists more than ever to help distil ideas, visually and conceptually, to pierce through conventional ways of looking at the world and offer us new ways of seeing.

In a recent interview in ArtReview with Catherine Opie, whose work is featured in Masculinities: Liberation through Photography that is alas currently closed due to Covid-19, she says: “Everyone’s asking: aren’t there too many images now, Cathy? Well there’s too much of everything, but it’s how you decide to disseminate that information. That’s what’s interesting to me – this idea of criticality.” And so in this ‘post-truth’ era, I think it is incumbent on artists to make work that questions and overturns received truths and in turn curators need to be supporting artists, whether through newly commissioned work or exhibitions, to bring their work and the ideas embedded in the work, to the attention of as wide an audience as possible.

Curating is a shared endeavour and so if I had to highlight one quality above all else it would be a spirit of generosity and collaboration with artists, lenders, estates, peers and colleagues. But there are many other qualities that are essential to be a successful curator: conviction in your ideas and clarity of vision, resilience as, no matter what, you are entering into fraught territory by putting forth a particular position or choosing to give weight to one aspect of an individual’s creative life over another; being both a team leader and a team player; communication coupled with honesty and openness and, last but not least, the ability to compromise, be flexible and listen.

My route into curating was fairly conventional. I studied French and Art History at undergraduate level before embarking on an MA in Curating at Goldsmiths College in the early 2000s at a moment when curatorial practice was undergoing seismic changes and a certain professionalisation. I was fortunate to graduate from Goldsmiths at a time of exponential growth in the museum sector, marked I guess by the inauguration of Tate Modern in 2000. Having had the opportunity to curate shows independently at a time when it seemed access to funding was considerably easier, I was lucky enough to land a job as Assistant Curator at the Barbican a few years later where I’ve been for well over a decade.

As a child I remember visiting the Saatchi Gallery at its original location on Boundary Road and coming across the work of Jeff Koons. There were numerous pieces by him on display, but I distinctly remember a piece in which 3 vacuum cleaners encased in Perspex boxes were stacked one on top of the other and being utterly perplexed. The work is Three Ball Total Equilibrium Tank (Two Dr J Silver Series, Spalding NBA Tipoff), 1985. I don’t know why this encounter left such an indelible mark on me, but it certainly made an impression and from that moment on, and being a precocious child, I knew I wanted to understand what it meant. I think that experience was incredibly formative.

However, in terms of ambition and scope, Okwui Enwezor’s documenta11, 2002 certainly tops the bill, for me at least, as the most impactful and meaningful exhibition experience. It felt radical in the way it directly addressed socio-political issues of globalisation and advanced a narrative of decolonisation, both artistically and historically, that I feel has genuinely impacted on both artistic and curatorial practice.

A curator bears a responsibility towards the work they show and the artists they work with, to the institution they work in as well as to the public. It is a complex triangulation!

On a personal level, I believe curators have a responsibility in giving a voice or platform to those who have been marginalised within the art historical canon, be that women artists whose work has been overlooked, such as Dorothea Lange or indeed Vanessa Winship, a British artist who had been overlooked in her home country but equally to artists of colour or queer-identifying artists in order to relocate them in art history. A curatorial platform for advocacy and activism is a great responsibility, and one no curator takes lightly.

“Pity the beleaguered museum curator. Mired in administration, fighting scholarly turf wars, courting egomaniacal benefactors and collectors, and attempting to infuse critical heft into the next blockbuster show, how does she find time to respond to the reconstitution of her profession as an art form open to every gifted flaneur with a knack for designing brochures?” Michael J. Kowalski, The Curatorial Muse (2010). I think that says it all!

To be confident in your opinions, to look critically at the world, visit as many exhibitions as possible, engage with current debates around artistic practice; and, most importantly, to independently curate in all sorts of venues, organise talks or write reviews etc (even if only for your own pleasure). It’s all about gaining experience and confronting new scenarios from which we learn more about ourselves. I have always found the most torturous scenarios the ones from which I learn the most!♦

—
Curator Conversations is part of a collaborative set of activities on photography curation and scholarship initiated by Tim Clark (1000 Words and The Institute of Photography, Falmouth University), Christopher Stewart (London College of Communication, University of the Arts London) and Esther Teichmann (Royal College of Art) that has included the symposium, Encounters: Photography and Curation, in 2018 and a ten week course, Photography and Curation, hosted by The Photographers’ Gallery, London in 2018-19.

3-Installation view of Another Kind of Life: Photography on the Margins, Barbican Art Gallery, 2018. © Justin Piperger