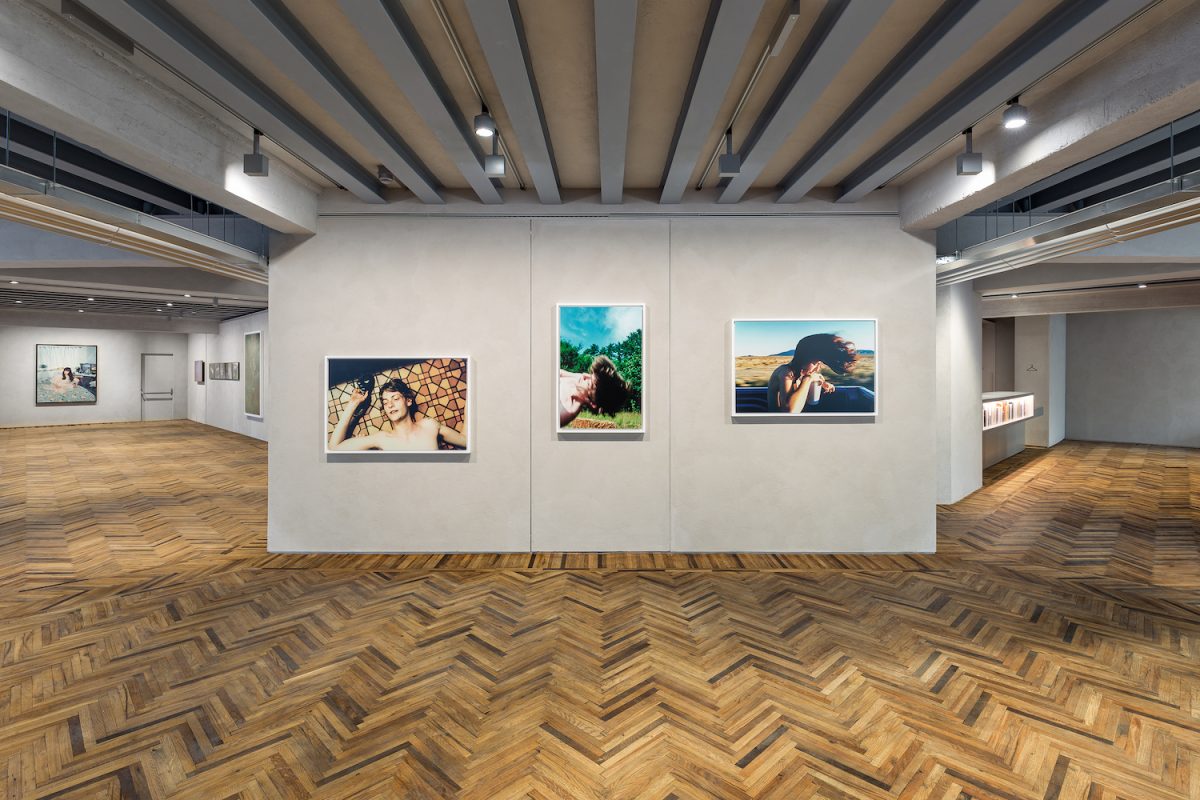 In the middle of the Galleria Vittorio Emanuele II, next to the Duomo, take a lift up to the fifth floor, and you will find yourself at Fondazione Prada Osservatorio, Prada’s stunning new exhibition space dedicated to contemporary photography. Extended across two floors, and providing an alternative view of Giuseppe Mengoni’s iconic glass and iron dome, Osservatorio is committed to investigating the evolution of the medium, whilst exploring the cultural and social implications of today’s photographic production. Since the space was inaugurated in December 2016 by Francesco Zanot’s curated group show Give Me Yesterday, Osservatorio has hosted a range of significant exhibitions, including Satoshi Fujiwara’s EU (2017), Stefano Graziani’s Questioning Pictures (2017–18) and, most recently, Torbjørn Rødland’s The Touch That Made You (2018).

Born as a bookstore in 2003, MiCamera has since established itself as a leading cultural platform, continually evolving and widening its in audience in Italy and abroad under the guidance of Giulia Zorzi. Whilst the venue, situated in the lively neighbourhood of Isola, acts as a meeting point for both professionals and enthusiasts by offering a rich programme of talks, workshops and exhibitions, MiCamera is also active internationally, through its assiduous participation at fairs and festivals, as well as its collaborations with publishers such as Nazraeli Press and Trolley Books. More recently, the association has turned its eye towards the moving image and graphic design, with the launch of the platforms MiCamera in Movimento and Signs and Lines.

Located in the 17th century Villa Ghirlanda in the town of Cinisello Balsamo, northeast of the Milan city centre, the MuFoCo is the only public museum in Italy dedicated to contemporary photography. Active since 2004, it hosts a photographic library of 15,000 books, along with a vast patrimony of photographic collections, both of which form the core of the museum’s educational programme. With the recent partnership with La Triennale di Milano, and a new scientific committee directed by Giovanna Calvenzi, the institution has taken on a brand new direction. As outlined by curator Matteo Balduzzi, this institution seeks to promote its archival heritage through specific research projects, integrate the works of emerging artists within the museum’s collections, and develop new collaborative projects involving external curators and artists.

Founded in 2001, Nowhere Gallery was born as a nomadic project dedicated to researching, scouting and promoting emerging artists who seek to challenge the boundaries of traditional photography. Currently located in the neighbourhood of Solari, the intimate gallery space serves as a curatorial chamber; showcasing projects specifically conceived for the venue, exhibitions are a result of a dialogue between gallerist Orio Vergani and the selected artists. Recent shows have presented the experimental works of Martina Corà, Fabrizio Vatieri, Beyond Beyond and Matteo Gatti, practitioners who are actively reshaping the Italian photographic scene with their radical perspectives.

Named after an imaginary street invented by Italian writer Dino Buzzati, Viasaterna opened in 2015 in a magnificent Milanese building dating from the 19th century. For the first two years of its activity, founder Irene Crocco assigned the gallery’s programme to the curatorial group Fantom, organising both solo and group shows exploring new trajectories of photography, with a particular focus on the Italian scene. Besides promoting the work of its represented artists through shows, fairs and publications, the gallery is now carrying out ever more experimental methods of art production and display, with the organisation of site-specific residencies, among which those made for Manifesta 12 Palermo, and original exhibition formats, such as the one-year project Milan Unit (1994–2009) by Ramak Fazel. ♦