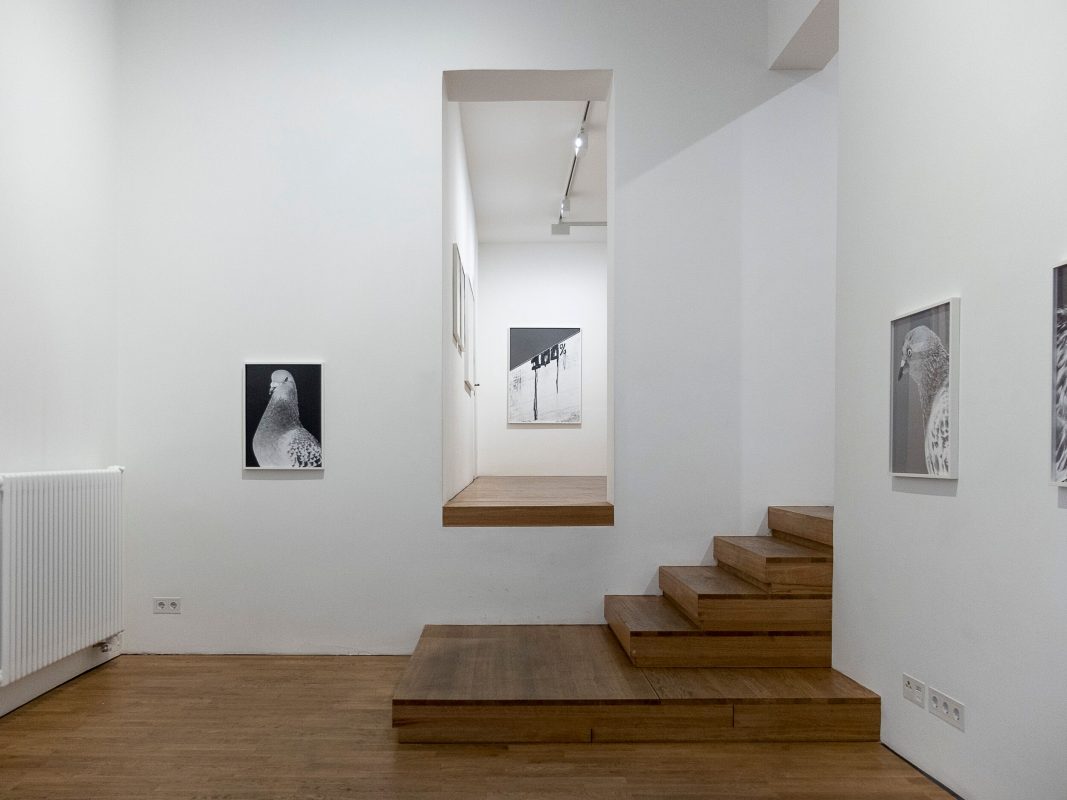 A decade ago, the Galerie für Moderne Fotografie in Berlin-Mitte was founded by Kirsten Landwehr. Specialising exclusively in the photographic medium, the gallery’s programme alternates between the exhibition of artists of international stature as well as showcasing newly discovered talents, for instance Karolin Klüppel, a former student of Bernhard Prinz. Ranging from the fashion photography of Roger Melis to the documentary style of Harald Hauswald, the gallery celebrates a variety of genres, modes and approaches. Exhibitions are regularly extended by presentations of work at the GFMF Salon; hosting talks, book presentations, and artist discussions at various locations in Berlin and abroad, the compelling event format provides endless opportunities to discuss and engage with photographic works.

Founded in Frankfurt in 1991 as Springer & Winckler Galerie, after seven years the space relocated to Berlin, into the legendary spaces of Rudolf Springer. Run by Heide and Robert Springer as Galerie Springer since 2012, the gallery’s programme champions classical as well as contemporary photography, with represented artists including Saul Leiter, Joel Meyerowitz, Edward Burtynsky, Ashkan Sahihi and Catherine Gfeller. As well as staging four to six exhibitions annually, and their participation in national and international art fairs, the activities of Galerie Springer are completed by support service for private and public collections.

Robert Morat Galerie opened its doors in Hamburg in 2004. With a focus on contemporary photography, the gallery has built an international reputation as a place for discoveries. It represents prominent practitioners such as Christian Patterson, Ron Jude and Mårten Lange, and actively exhibits at international art fairs such as Paris Photo, Photo London and Unseen Amsterdam. In 2015, Robert Morat closed his Hamburg gallery, moving into a beautiful new space on Linienstraße in Berlin-Mitte. Since then, the gallery has exhibited shows such as Christian Patterson’s Bottom of the Lake (2015), Ron Jude’s Lago (2015) and Andre Grützner’s Erbgericht (2013–15), all of which attracted significant attention amongst the city’s photographic community, giving the respective artists substantial visibility.

Klaus Kehrer, founder of the renowned photo book publisher of the same name, opened a new gallery space in 2014. Located in Berlin-Tiergarten, the gallery exhibits a breadth of artists all working within a range of photographic genres. Steffi Klenz, Eva Leitolf, Aapo Huhta, Gregor Sailer, Danila Tkachenko and Thibault Brunet are some of the names to grace its international roster. With the exhibition programme closely tied with the publishing house, the gallery regularly hosts book discussions to introduce newly-released publications. By providing the city’s photographic community with invaluable insights into the artists’ works and approaches, Kehrer Galerie thereby invites and stimulates fruitful conversations around the photographic medium more generally. ♦