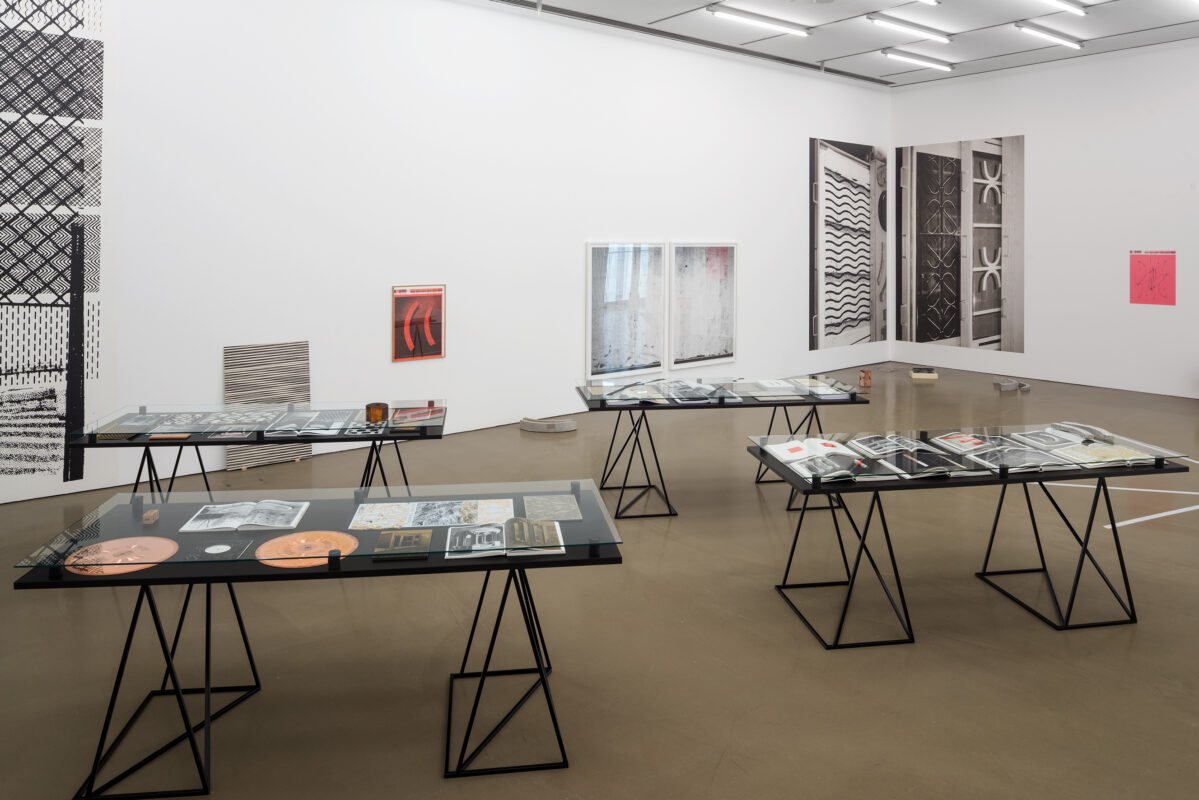 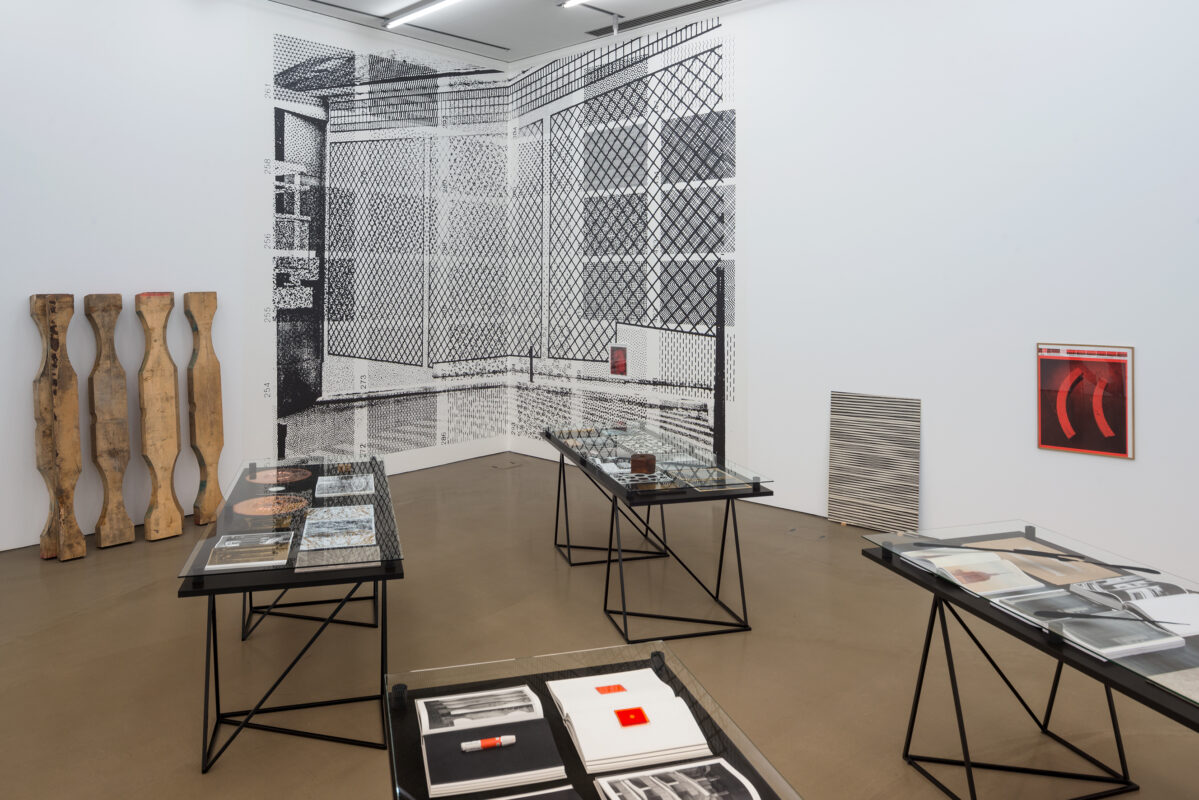 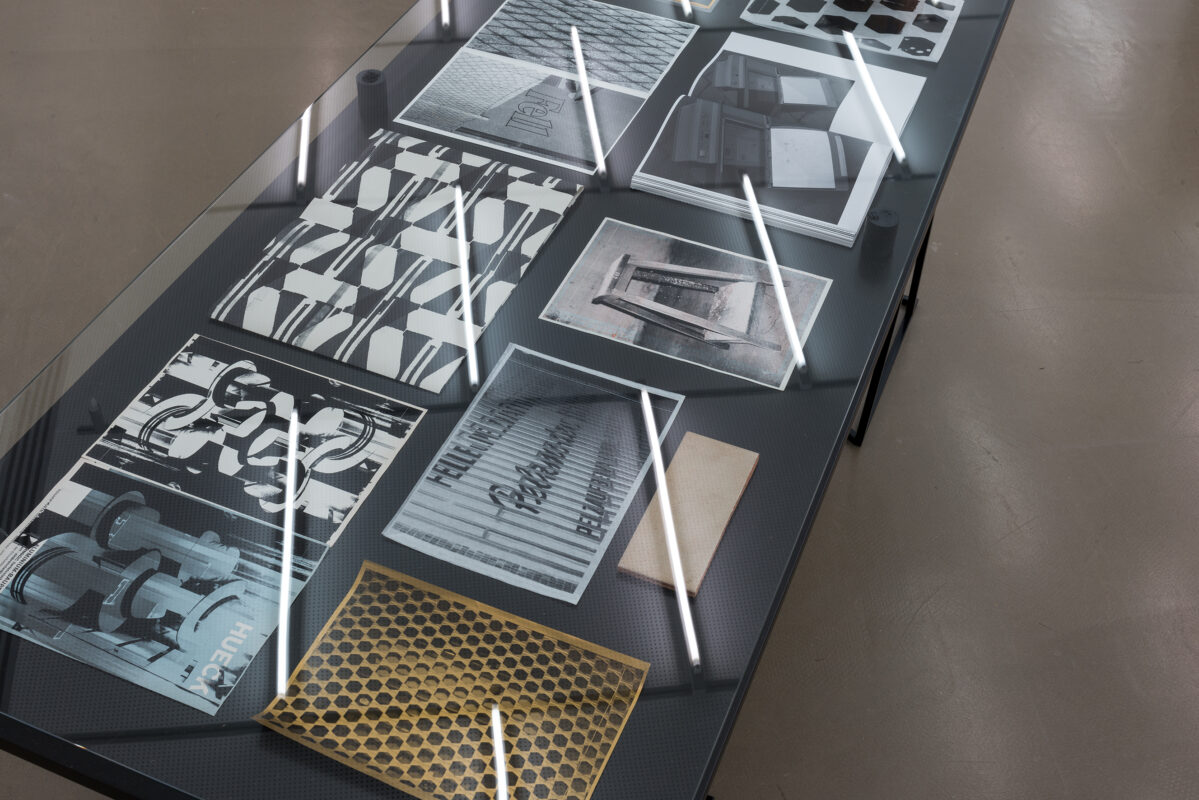 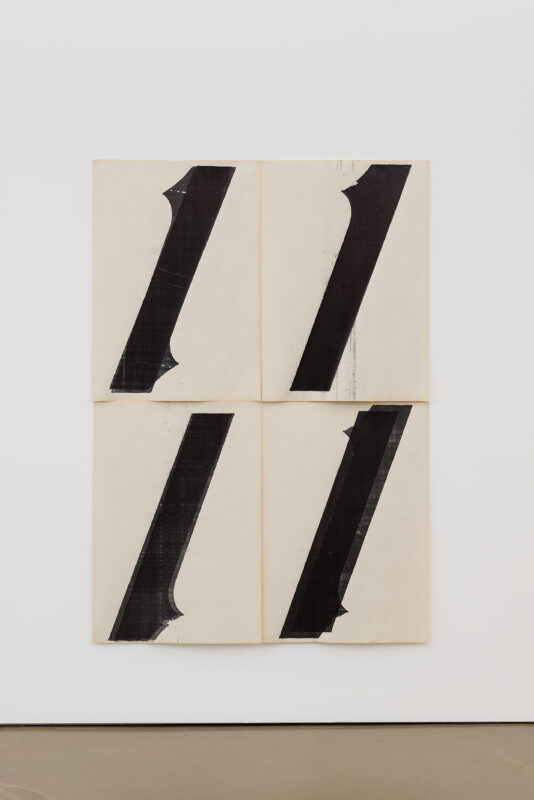 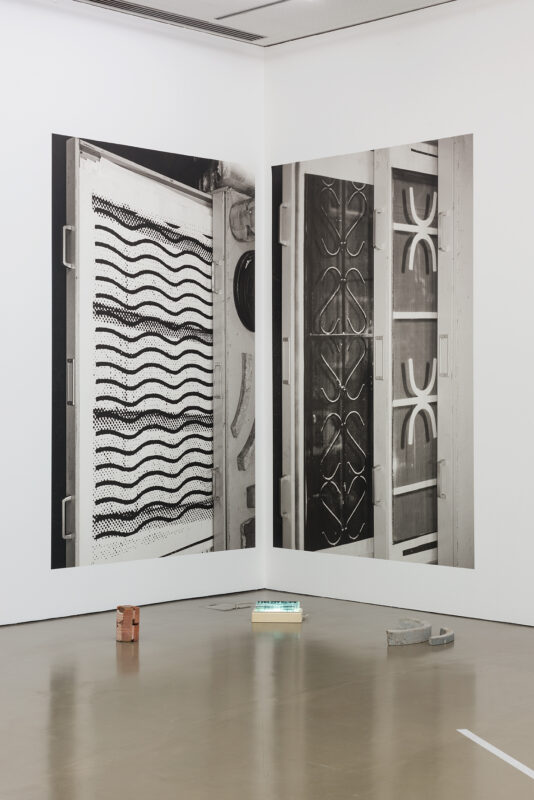 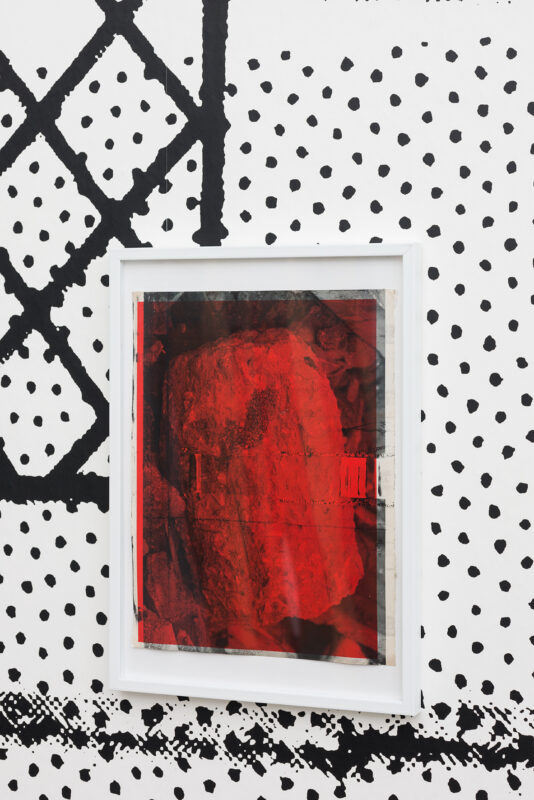 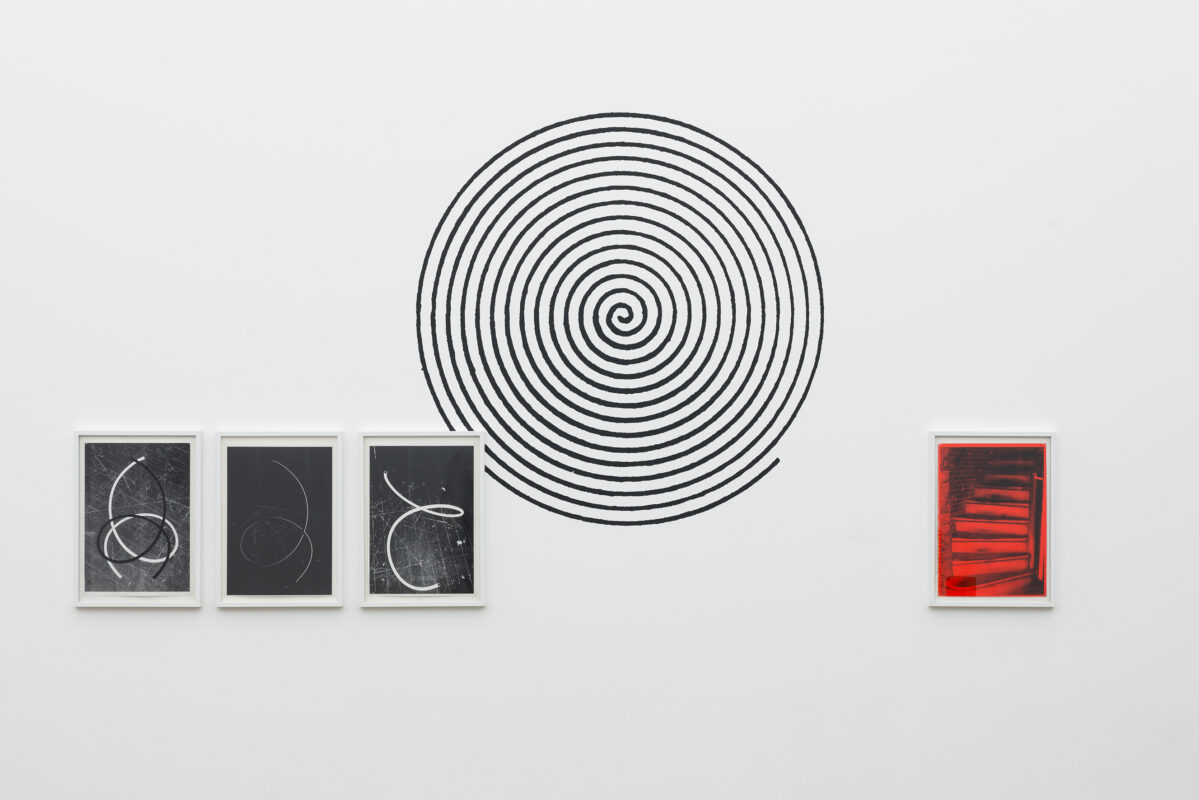 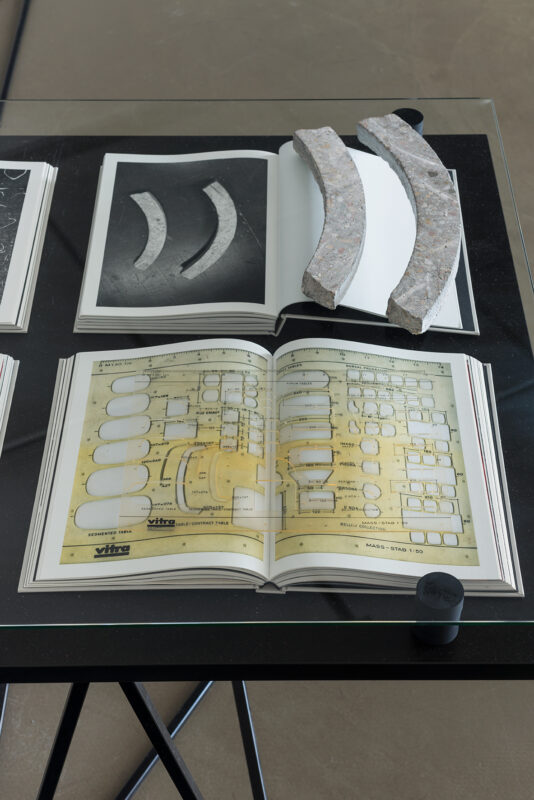 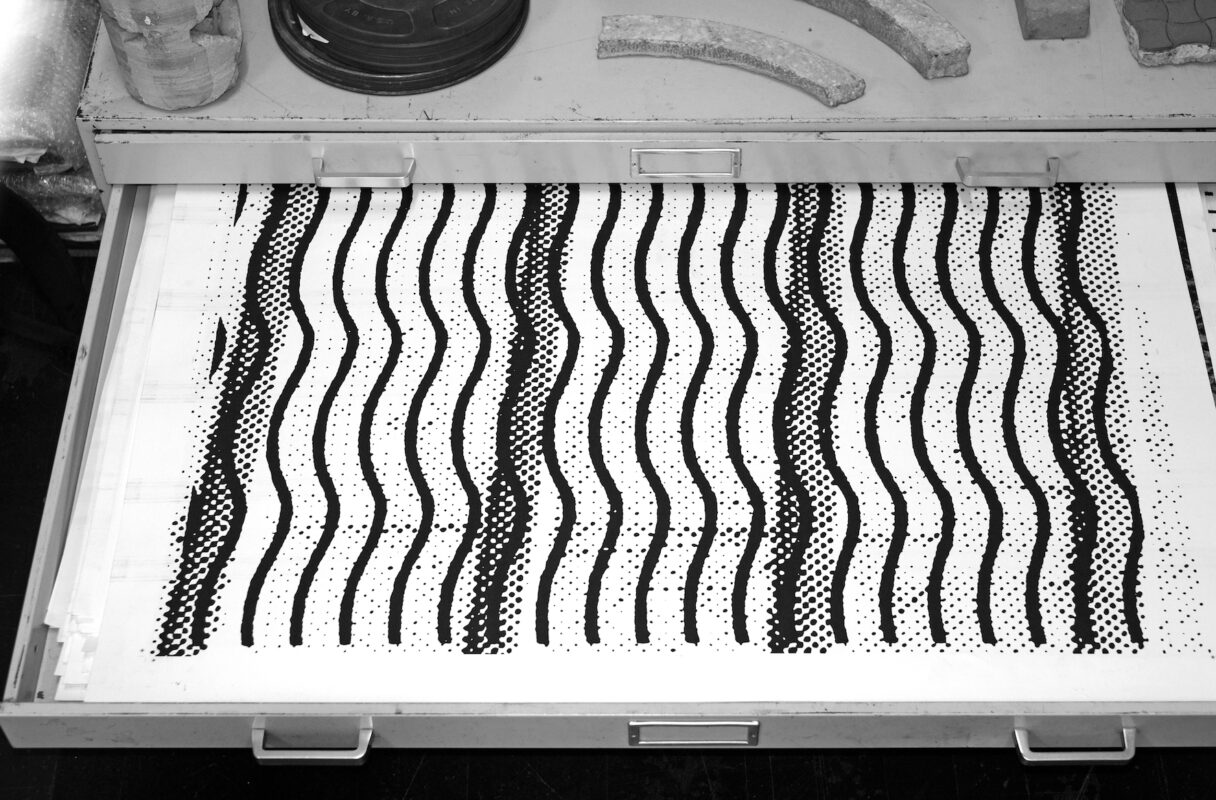 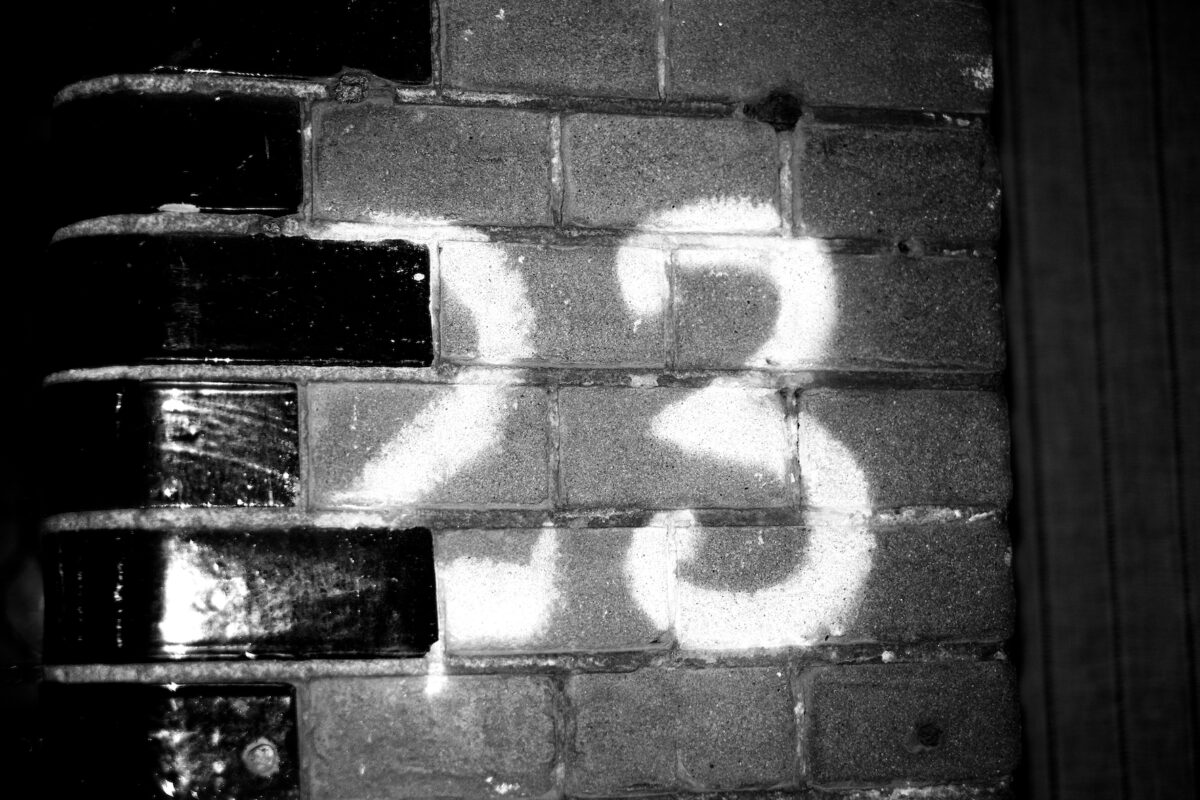 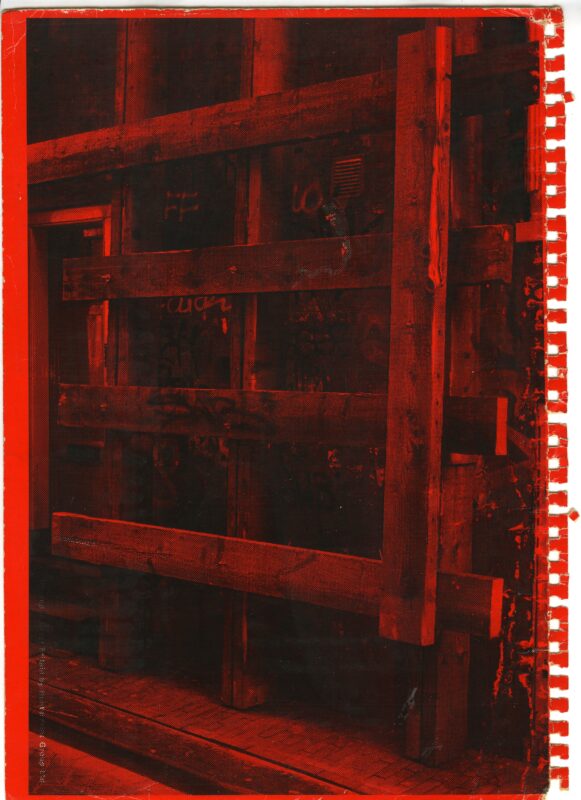 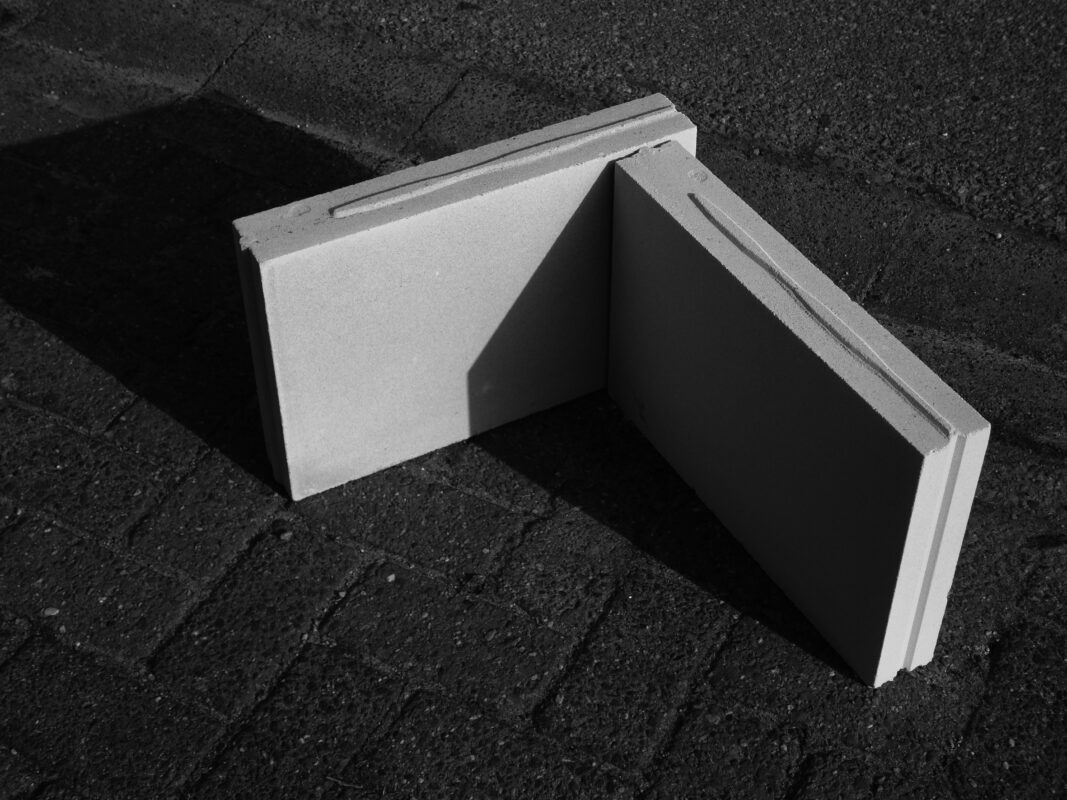 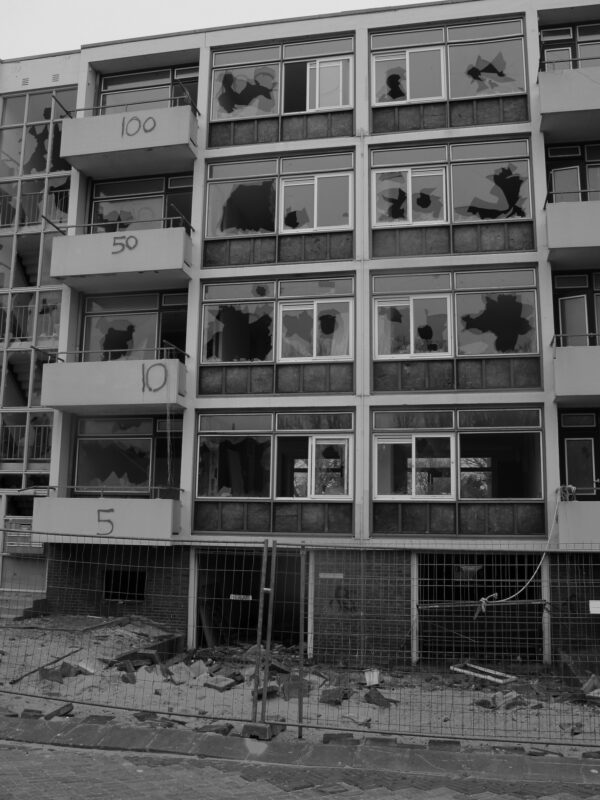 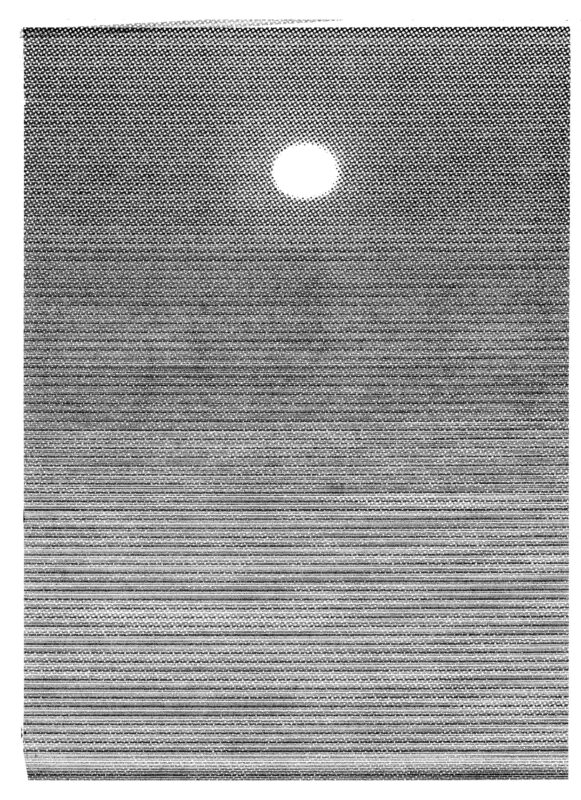 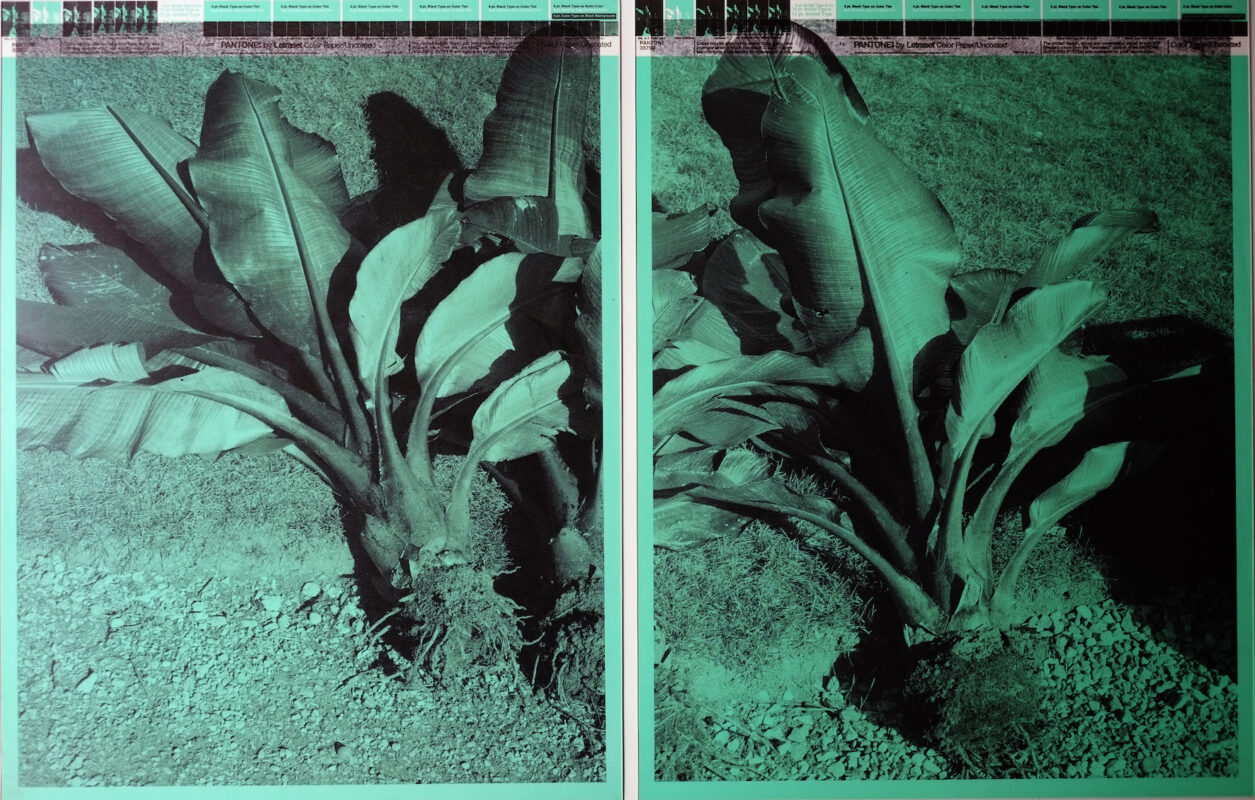 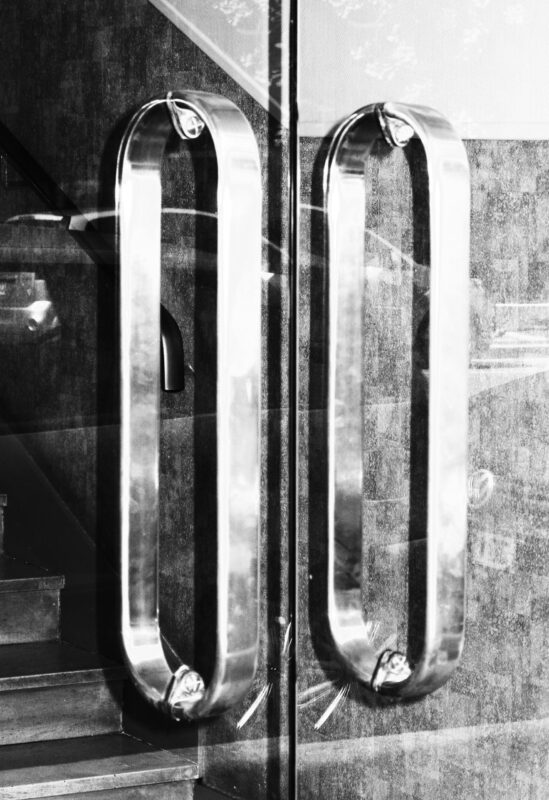 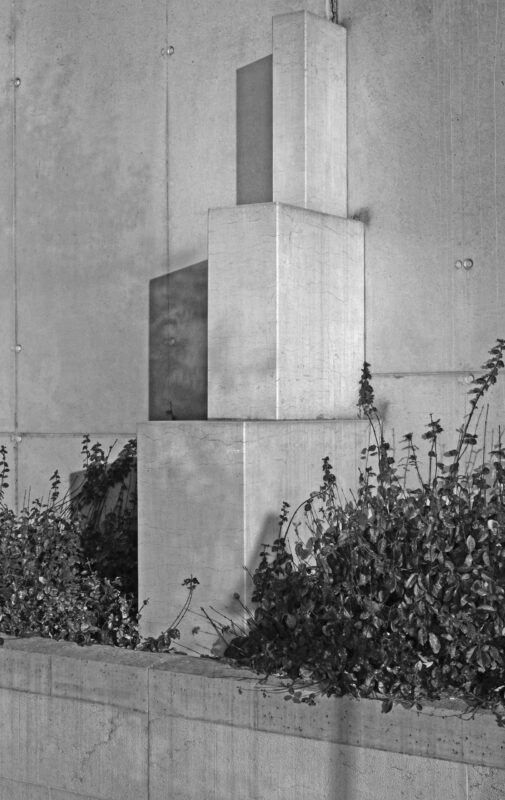 Taco Hidde Bakker reflects on his recent curation of Stephan Keppel’s Hard Copies at Camera Austria, Graz, a parallel book and exhibition project characterised by the entanglement of the material appearance of (things in) cities, ways of picture-making and arrangements of images and found objects.

“Who is the master and who is the copy?” turned out to be the crucial question when the Dutch artist Stephan Keppel and I finished our preparations – including multiple calls to discuss our plans to build a physical scale model – for Keppel’s first-ever international solo exhibition, at Camera Austria, Graz. After more than one year of multiple lockdowns and an ever-deepening screen-dependence (pulled toward them like moths), this question seemed more pertinent than ever. It is also an underlying theme in Keppel’s work produced over the last decade, where in recent years he experiments with physical objects placed within the vicinity of their variously Keppelesque representations. Ultimately, what we wished to achieve in our exhibition was an interplay of visual correspondences within a wide selection of many different works made and printed (and collected) by Keppel from the point his “city series” began. Since 2011, Keppel has published four books dedicated to as many cities: Den Helder, Paris, New York and Amsterdam.

For the artist and curator arriving into Graz, as outsiders, my wish was for Keppel, who never visited Graz previously, to see it beforehand and possibly include new works in the exhibition. The idea was that this fresh encounter would result in the artist’s idiosyncratic processes of scanning, printing and reprinting. In a four-week frenzy in May, Keppel processed several images that he had captured in late April. One experiment with an image showing the word “ZIMMER” (“ROOM”) on a façade led to the provisional title of what might become a new city book or booklet: Immer Zimmer (Always Room). In the exhibition, we managed to weave the many facets of Keppel’s urban reflections together in a playful yet reserved manner. Some curatorial anchors worked-up in the scale models materialised wonderfully, while we also left ample room for improvisation. I take it as compliment that many visitors thought that things were done on purpose whereas in actual fact they were gifts, such as the rhythmic reflection of the light tubes in the four vitrine tables showing books, reference materials, (test) prints and found objects.

Stephan Keppel’s four photo/graphic books attest to an incisive exploration of the relations between built environment, image and book. In Keppel’s books and spatial presentations, there is an entanglement of the material appearance of (things in) cities, ways of picture-making, arrangement of images and found objects. The working process of his books published so far swings between cycles of taking photographs, appropriating image files, printing the files using (often discarded) printers, rescanning and reprinting. This results in idiosyncratic, oftentimes abstracted images with material qualities that are interwoven with the material surfaces of the built world to which these images also refer. There arises visual tensions between the image as image and the image as a window onto something beyond its own.

The tone was set with Reprinting the City (2012) on the small Dutch city of Den Helder. It is the first of the four books that Keppel laid out and edited in collaboration with the designer-publisher Hans Gremmen from Fw:Books. The book is A4 – the default copying paper format – and the following three books keep to this size. It can be read as a stack of documents against the grain (the mode is more medium-focused than documentary). In the cover image, a dotted halftone screen overrules an image of calm waves on the ocean’s surface. A black stripe emerges from an out-of-sync double printing of the same motif, overlaid at the edges. Discarded objects figure prominently, including DVD players, disk drives and record players. The thrift store and street are pleasure grounds for Keppel’s eyes. He is a ‘street comber’ according to the artist Roeland Zijlstra. The comber is normally someone who combs the beaches for treasures that might have washed ashore. Zijlstra furthermore notices that Keppel’s way of rendering discarded objects means that ‘he removes from the remainders of life the sadness that adheres to them and he exposes an underlying character – tender robust radiant intimate.’

A key feature of Keppel’s practice is that it is recursive. Already in Reprinting the City, there are several indicators of a recursiveness that becomes much more pronounced in later works. There are photographs of prints lying on the floor, their edges curling up, and photographs showing images (misprints perhaps) that might appear elsewhere, too. There is a flat file cabinet placed on its side, and a playing with halftone screens. In the dream-like Entre Entree (2014), Keppel took these experiments a step further. He stayed in Paris on two residencies for a full year, at the Van Doesburghuis in Meudon-Val-Fleury, a studio-living space designed by Theo van Doesburg in the 1920s, and at the Atelier Holsboer in the Cité des Arts. Keppel circled around the city’s busy Boulevard périphérique, and explored the city’s outskirts. Façades of postwar modernist or brutalist buildings, entrances, doors, marble and the occasional exotic plant feature prominently. Paris offered a new passage into Keppel’s world of strolling, picturing, scanning, printing, reprinting and of photographing studio settings.

Keppel honoured the city he spent the least time in (physically) with the heaviest tome, Flat Finish (2017). “It is so New York,” said the photographer Ken Schles. The city wears differently than Paris; it is much more unruly in its architecture, despite the solid grid structure of its layout and the ever-polished “renewal” taking place in a Manhattan ruled by speculative flash capitalists. Keppel’s an-iconic vision of New York is far removed from any tourist guide. When the Empire State Building comes into view, it is a heavily pixelated dilution from tweeted pictures. The second-handedness of the city comes to the fore here. Keppel scanned the websites of sellers of reused building material before going to New York, examining the archives of the Canadian Centre for Architecture in Montreal beforehand. Upon arriving, he already had a focus on the recycling of the city which eternally rebuilds itself. Of course, this once again looped back into Keppel’s own practice of circling and recycling. As the artist and writer Adam Bell remarked in a review in the Brooklyn Rail in 2018: ‘[Keppel’s] repurposed images function as building blocks for [his] own metropolis while also pointing to the regenerative and iterative process of both the built world and Keppel’s image-making.’

Keppel appropriates the cities that have become the locus of his books (the city mostly being a geographic limitation determining the working terrain for a certain period of time) and adapts them to the iterative processes of his printing obsessions. How would the city of Amsterdam, which he adopted as his home, be incorporated into his image world? The fourth “city symphony” is the most elaborate to date. With each new book, the domain expanded with regard to image types and sources to be included. While in the earlier books only the exceptionally well-versed city expert would recognise the images’ origins, in his new book Keppel included detailed notes about his sources in a type of coda. Keppel’s eye for intriguing details is contagious. Details that nearly everybody rushing from A to B would not notice become monumental in Soft Copy Hard Copy (2021): visible are hand-painted numbers from World War II, flattened house numbers from the days of the Amsterdam School building style, tape marks on the sidewalk and concrete cylinder leftovers from public construction works. Here, Keppel weaves many more strands together, from his minute photographic observation of architectural details or of prints in flat file cabinets to various found “readymades” in the streets or even found diapositive slides originally belonging to the Stedelijk Museum, showing artworks from their collection by artists such as Jackson Pollock, Piet Mondriaan and Joel Shapiro. There is a page scanned from the novel An Evening in Amsterdam (1971) by K. Schippers. This author is an astute observer, too, with a keen eye for unattended details and the serendipitous: ‘Sometimes the curb is just a sidewalk tile, situated vertically, or a brick, placed on its side. Never similar, always a difference of levels. Never connected perfectly, curbs. See, there’s a crack between these zig-zag shapes that were meant to connect them tightly.’♦

This essay is adapted by Taco Hidde Bakker from his text “Cities of Thrift and Ink” accompanying the exhibition Hard Copies at Camera Austria, Graz, until 15 August 2021.

Taco Hidde Bakker is a writer, teacher, translator and curator in the field of the arts, specialising in photography. He studied at two art schools before obtaining an MA in Photographic Studies at Leiden University. He has contributed his writing to numerous artists’ books, catalogues and magazines, including Camera Austria International, Foam Magazine, British Journal of Photography and TRIGGER. Bakker is the author of the text collection The Photograph That Took the Place of a Mountain (Fw:Books, 2018). He teaches Theory at the Utrecht University of the Arts.