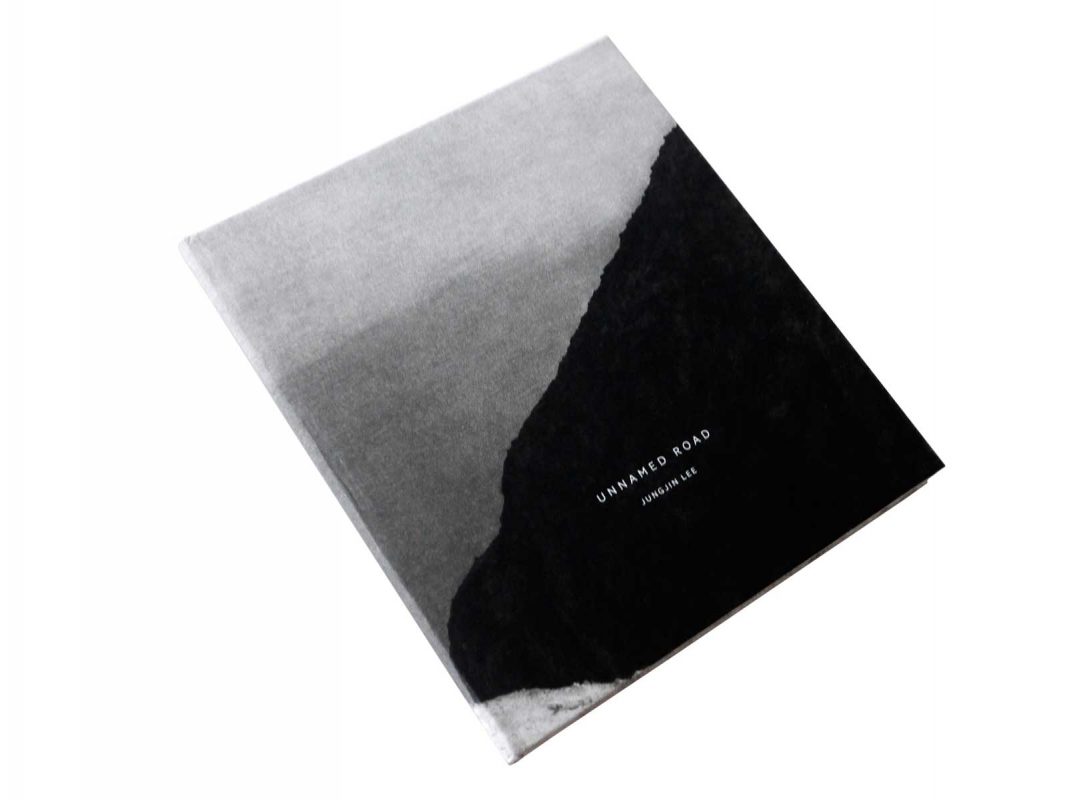 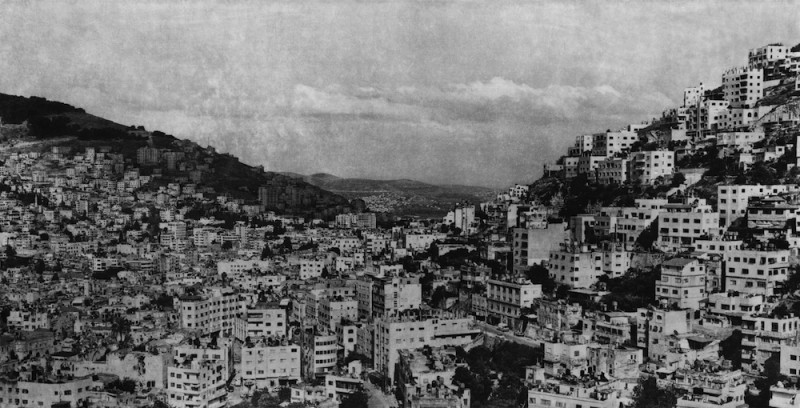 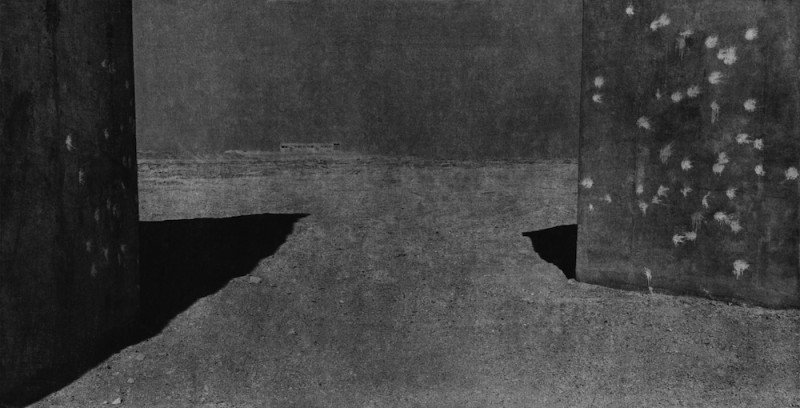 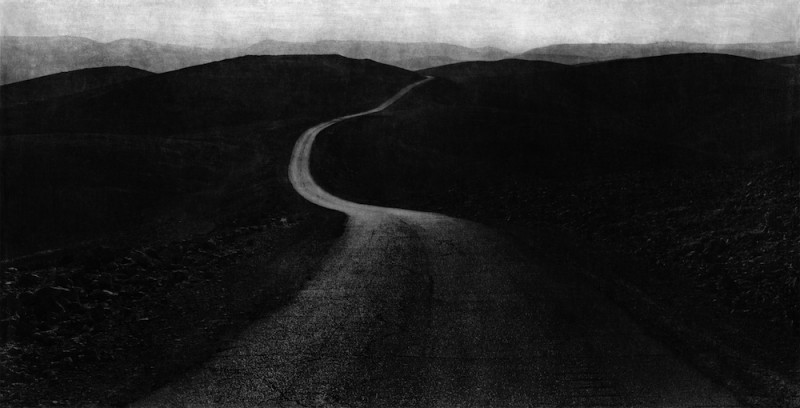 Jungjin Lee is a skilful photographer who produces elegant, monochromatic considerations of territory and other ephemera. In the case of Unnamed Road, that territory is situated between Israel and Palestine. Her work, contained within an awkward concertina paged book published by MACK, spills out with high consideration to the craft of the photographic image.

Whilst Lee is committed to her work, her way; the political and historical meta-narrative of the geographical area she works within restricts any attempt to allow her sensibilities to have currency beyond the photograph as art object. The context of the conflict didactically tethers every image to a fixed historical binary that works against the photographic possibilities. Whilst the photographs reside beautifully on the page, shadows of Moriyama in the patina, the photographic noir reads as an affectation rather than as any engagement with more local difficulties – polite stanzas, floating over an epic tragedy, where people actually die.

It’s as if Lee’s photographs don’t belong here, their heavy formalism only able to lightly engage with the scattered remains and readily available codas. There are exceptions however, when Lee considers a longer view – the graveyard, the town, an opening up allowing an escape, to respond and reflect. I am reminded of Richard Misrach’s, Desert Cantos, a marvelously ruminative series on the land, altered by a variety of conflict and intervention yet open ended within a complex discourse of American tragedy and imagining.

There are attendant difficulties of commissioning ‘outsiders’ to make work around ‘issues’, particularly those that are so ubiquitous in our psyche. Often there is inadequate period for immersion and I am left thinking about the sense of imposition of much photographic work; an imposition as opposed to the value of a more reflexive method of engaging with live history. This especially, where aesthetic considerations count for very little to those just outside of the frame.