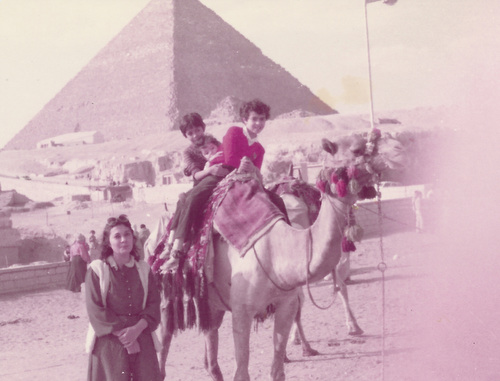 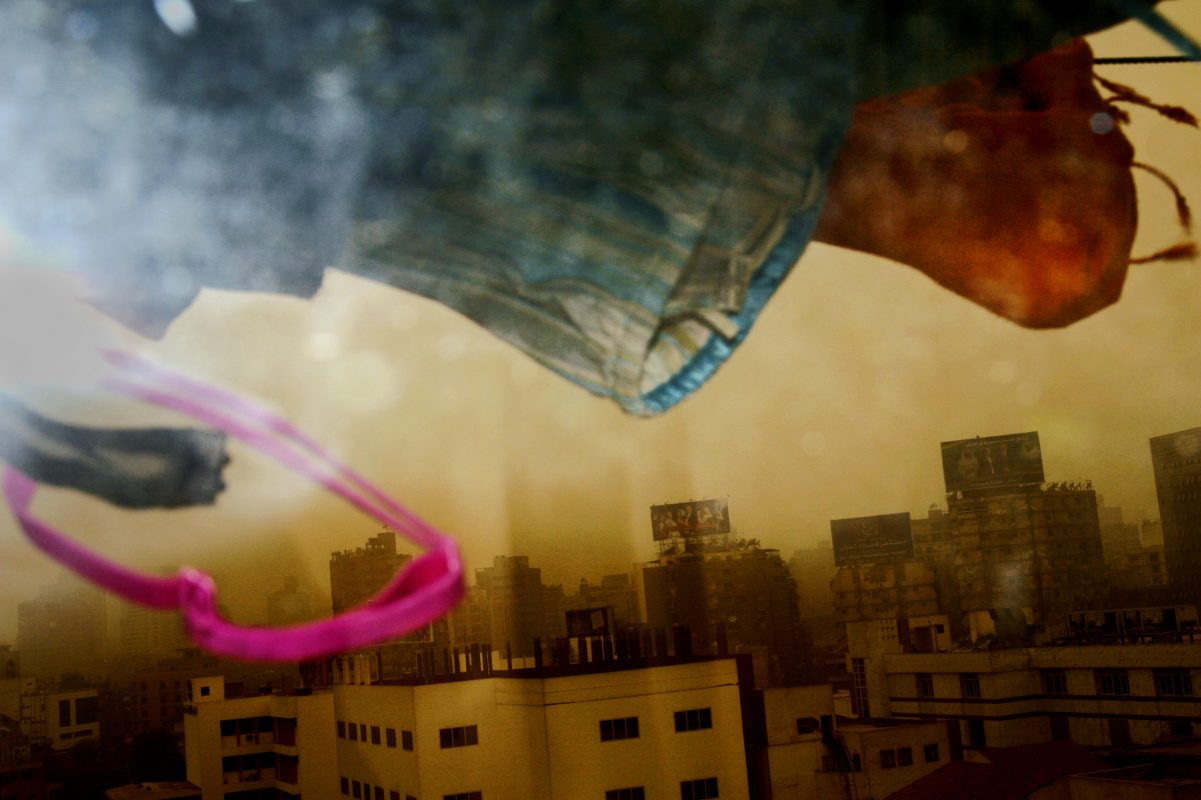 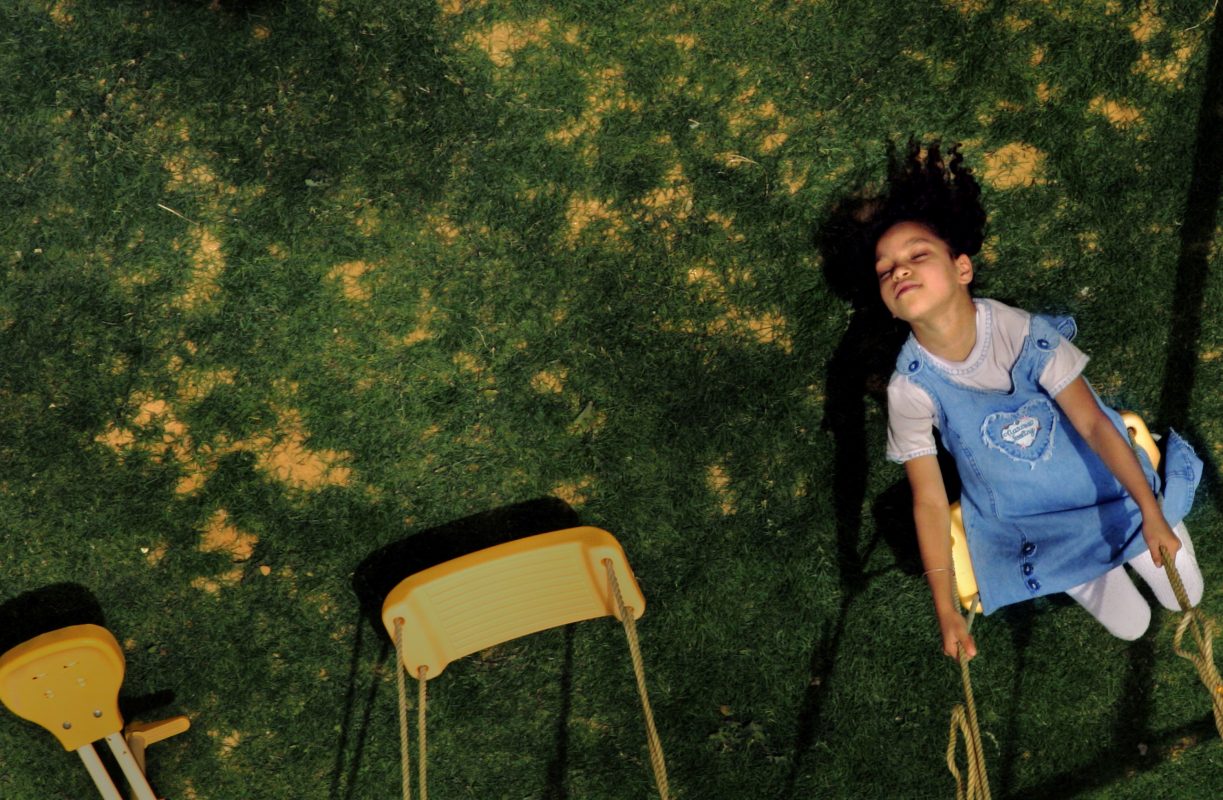 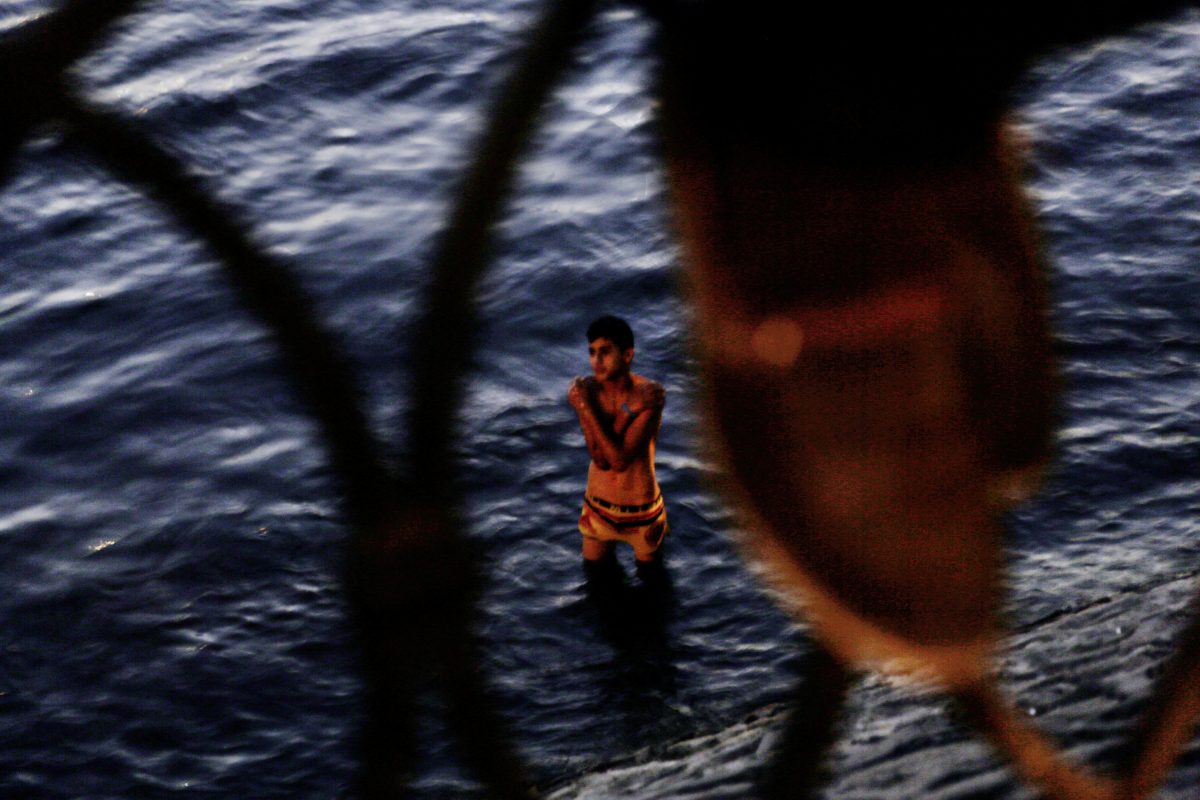 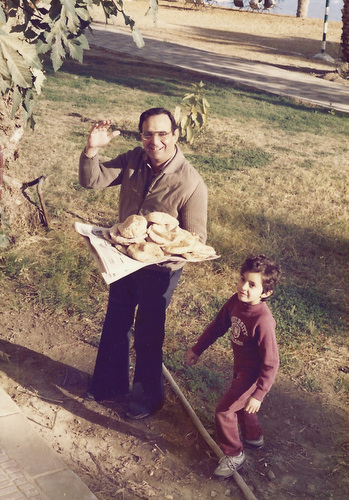 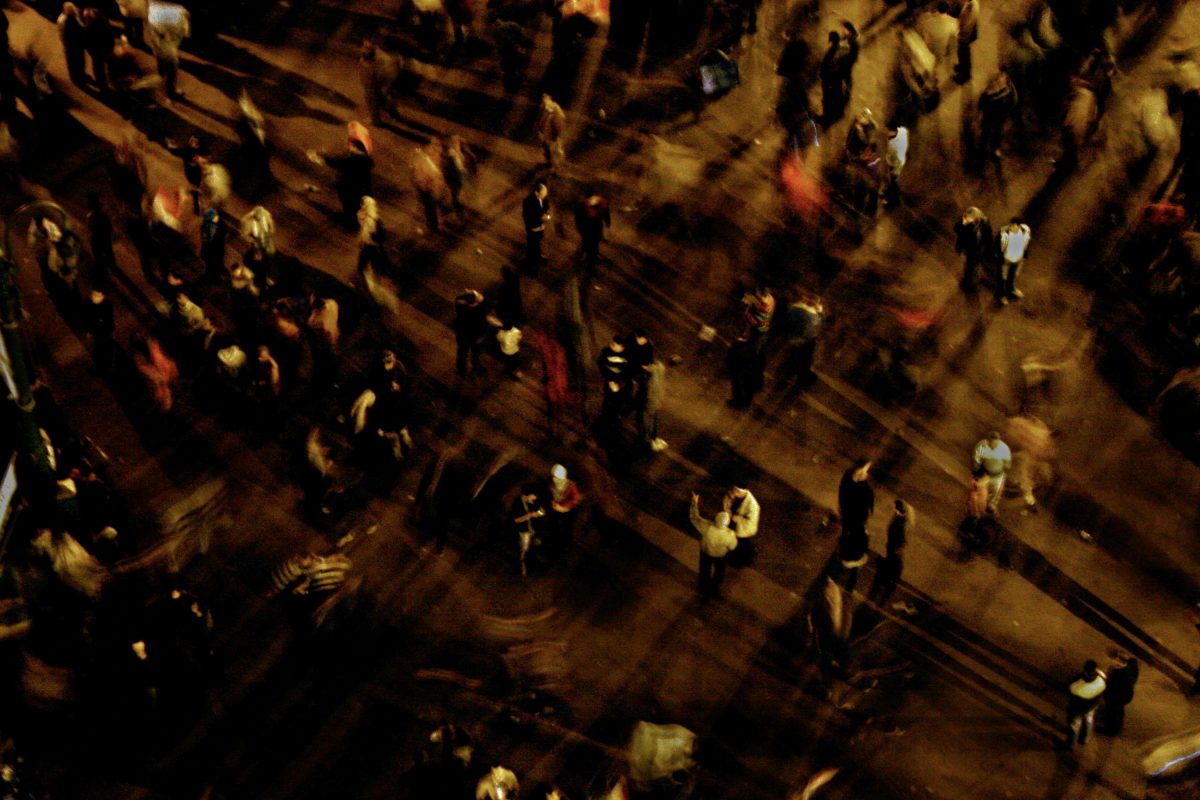 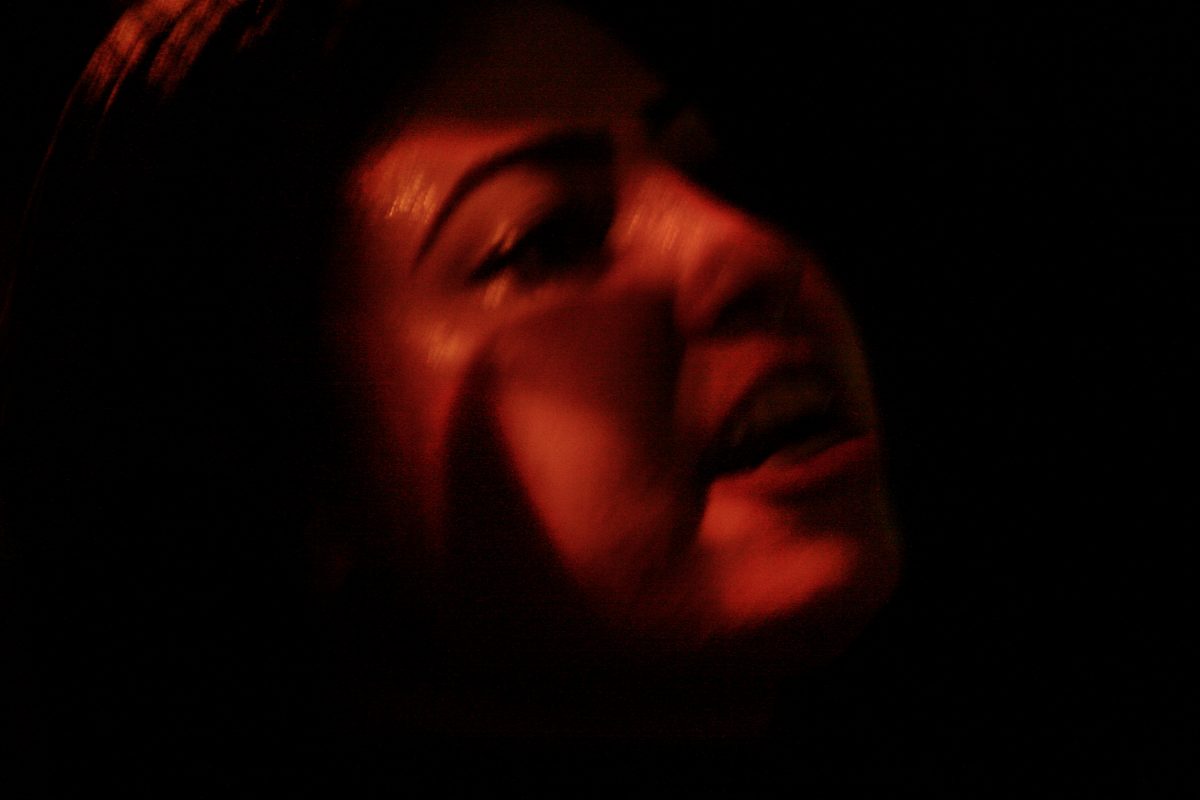 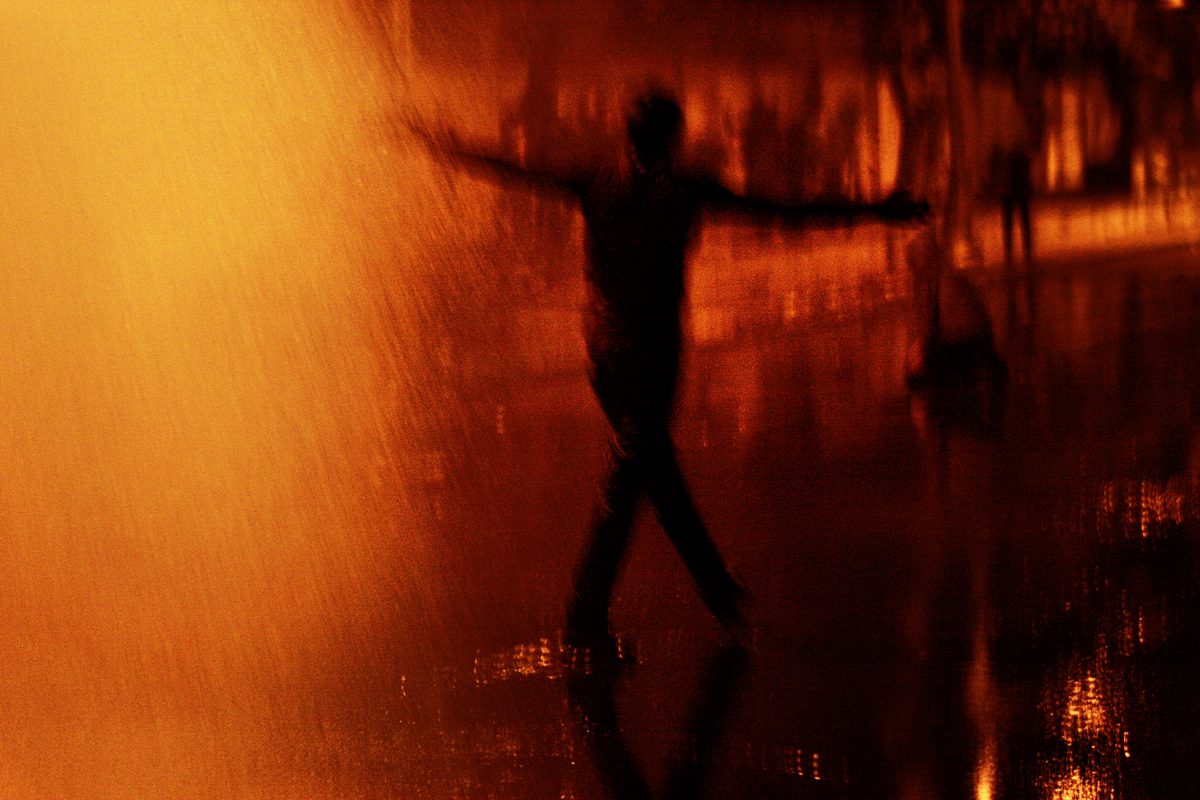 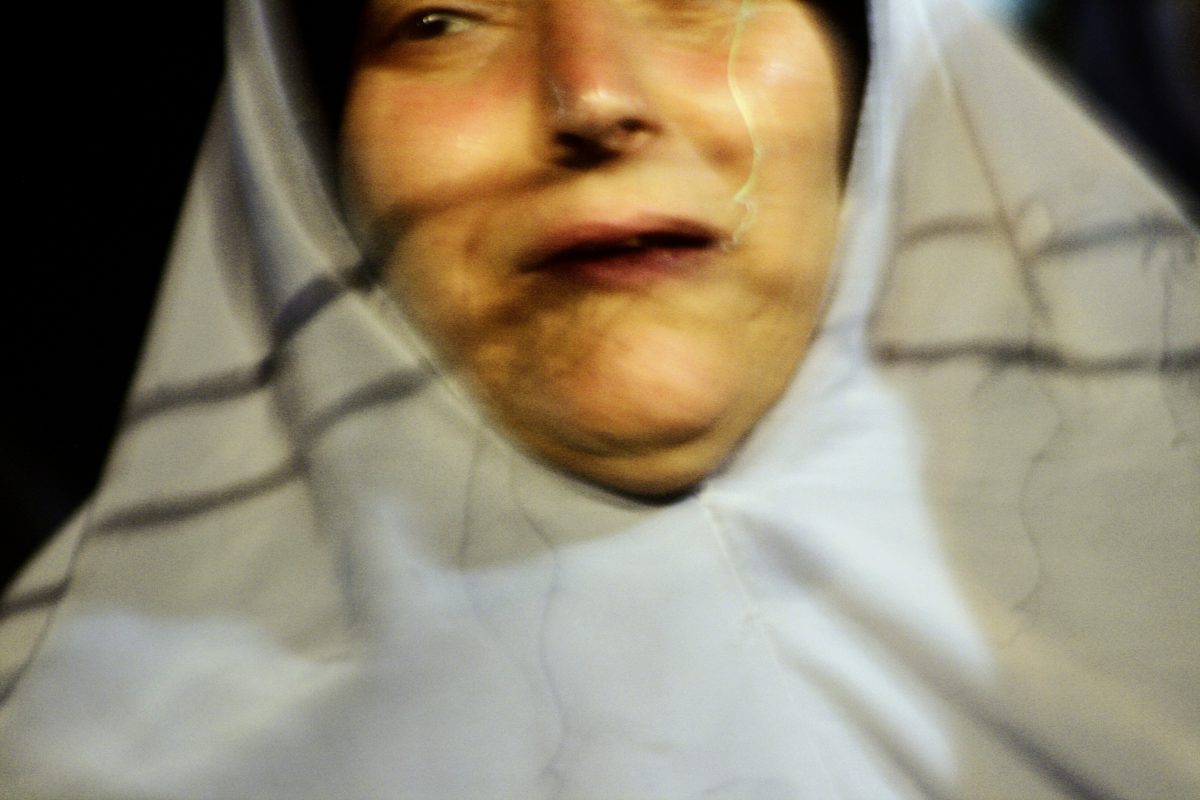 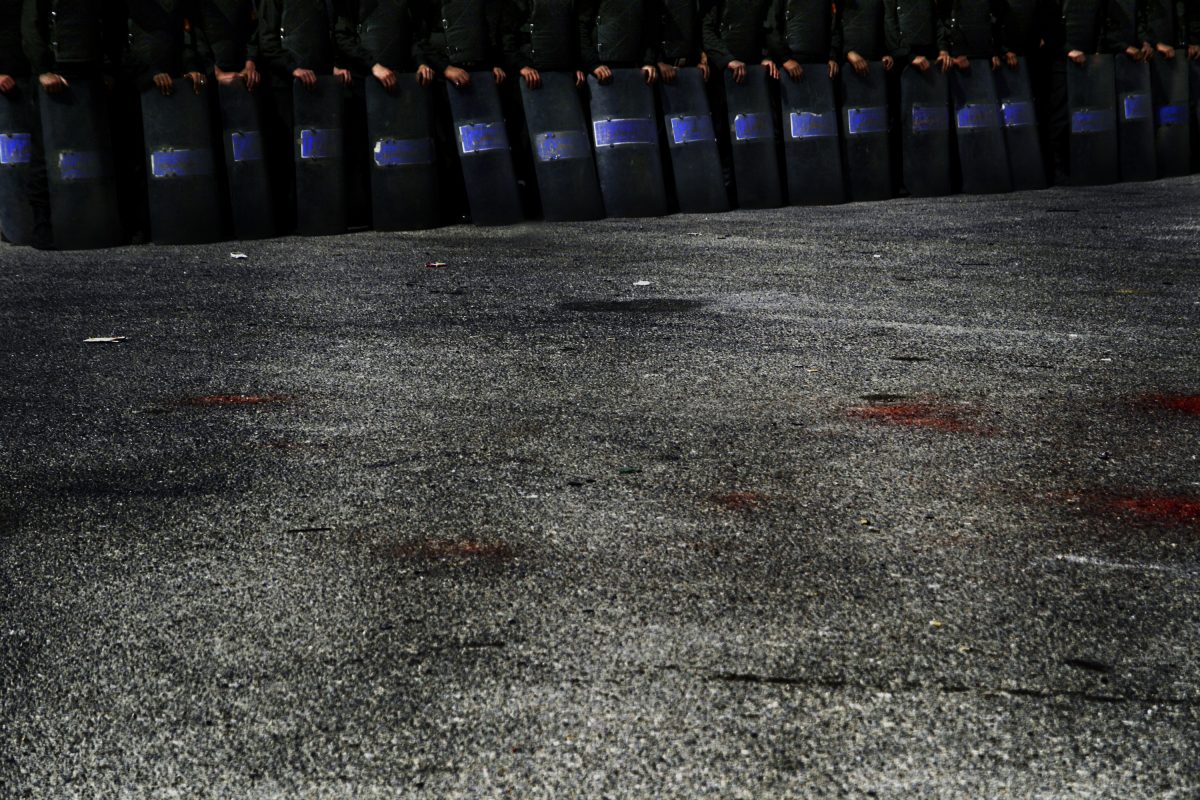 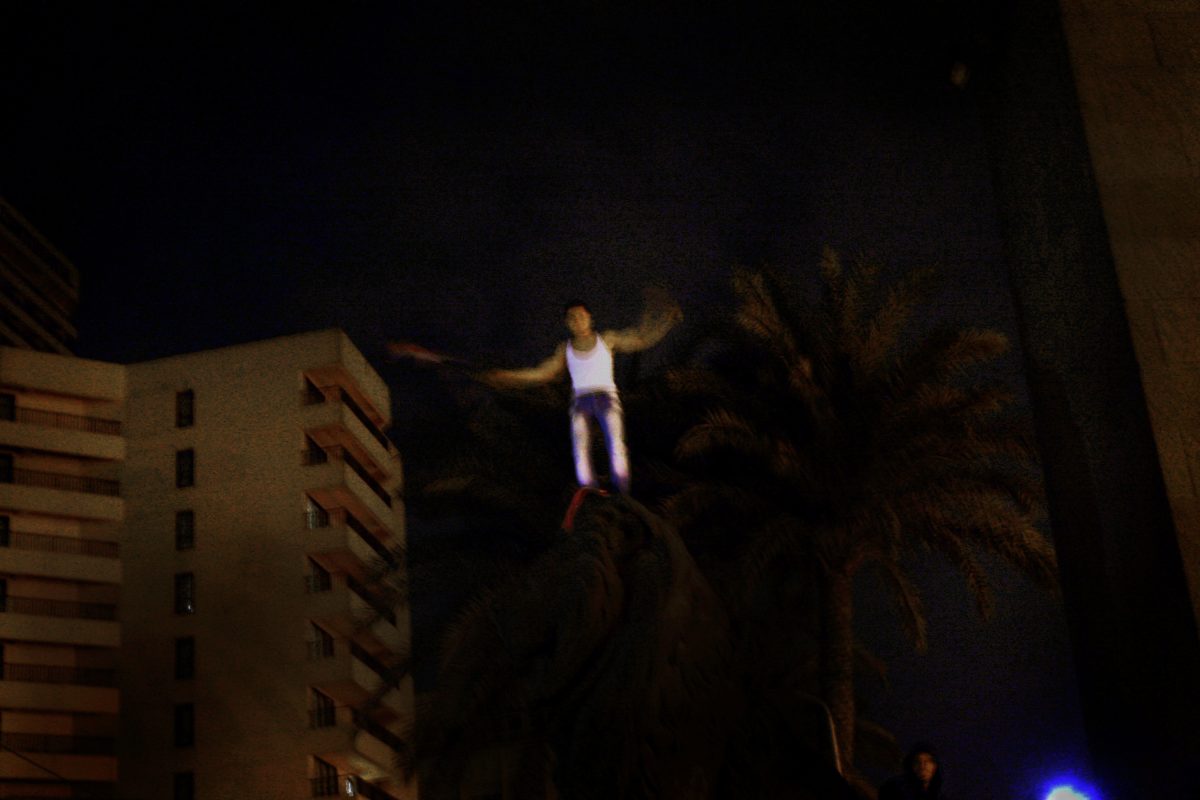 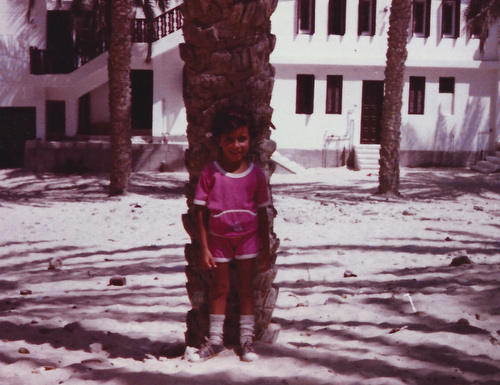 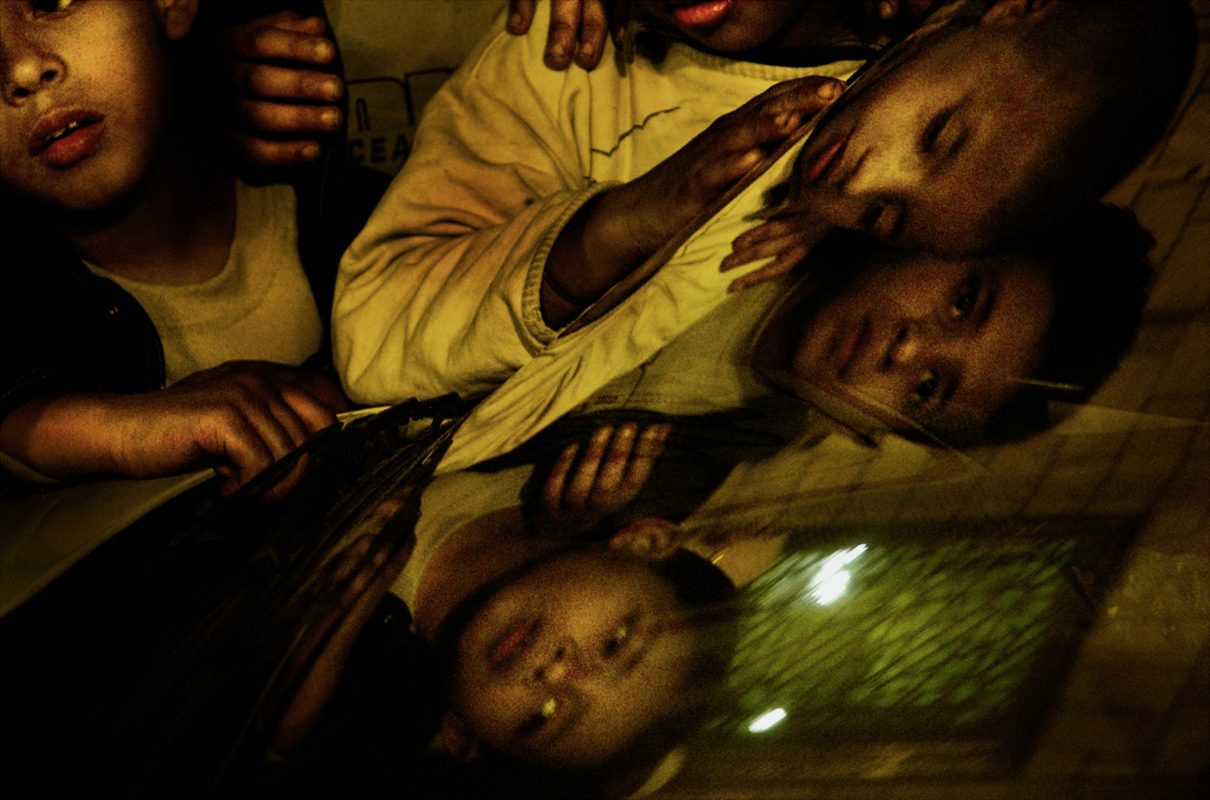 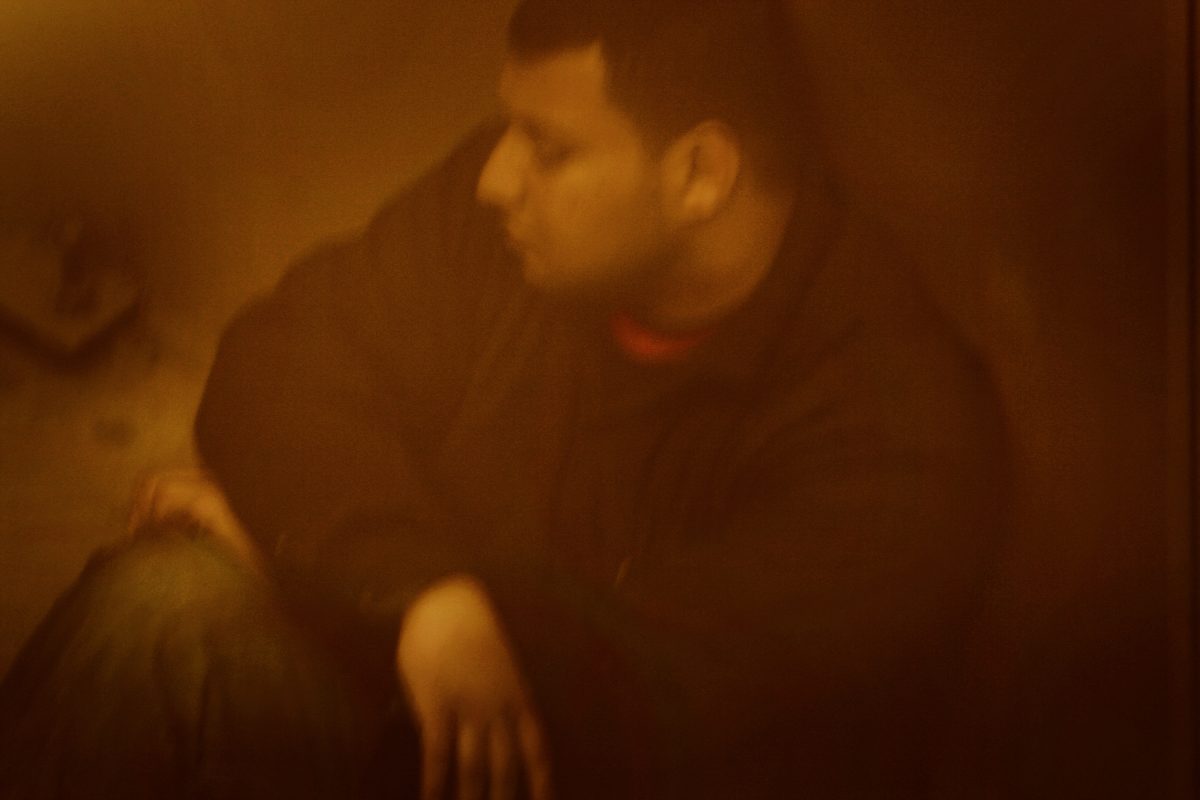 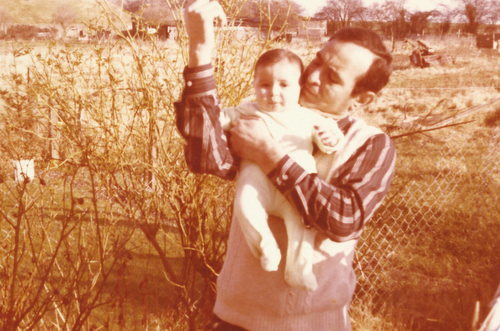 In the Shadow of the Pyramids

Of the various outbursts of popular protest and revolution around the Middle East in recent years, dubbed the ‘Arab Spring’, few have produced photobooks of any great significance, probably because it is perhaps too soon. To be sure, there has been much photographing and filming – the iPhone is a vital tool for any would be revolutionary these days – but most of it, along with the verbal expressions of dissent, has been disseminated upon the so-called social media, given its advantage of absolute immediacy. If this had been Japan in the 1960s, or Italy in the 1970s, there would have been a plethora of books documenting the various struggles, but in those days publication was the main communications platform for the dissident groups, apart from demonstrations themselves.

However, now one of the most important manifestations of dissent within the Arab world, the ‘Tahir Square’ revolution, finally has a photobook to do it justice, in the shape of Laura El-Tantawy’s In the Shadow of the Pyramids. She has, I suppose the ideal qualifications for this tricky job, having been born in England, then partly brought up there as well in Egypt and Saudi Arabia, then educated in America. Thus she combines the passion of direct involvement as an insider with the necessary distance of the reporter.

Not that there is anything cool or dispassionate about this book, which displays predominantly hot colour throughout; yellows, oranges, and above all, reds – red for passion, red for revolution, and red for the spilling of blood. As it should be, the Egyptian side of her cosmopolitan personality is to the fore in the project, and the work is both passionate and indeterminate, like the outcome of the revolution itself.

And yet, this is not every Egyptian’s experience of Tahir, or ‘Revolution Square.’ Rather, it is the collective experience of those eighteen tumultuous days between January and February 2011 filtered through a singular sensibility. There is a dual narrative running through the book, Egypt’s story and Laura El-Tantawy’s story, and it is uncertain which wins. That is not a criticism. The heart of the work is focused upon Tahir Square, enough for it to be considered a viable reflection of the struggle, albeit one with a very particular point of view.

The opening part of the book describes El-Tantawy’s pre-revolutionary life, in snapshots and glimpses of what she describes as a very traditional upbringing – until this period of her life ended with her going to America in 1998 to study and then adopt the peripatetic life of a photographer. The main narrative begins in 2005, when she returned to Egypt and began a project to explore the Egyptian identity which she felt had been ‘interrupted’ by her sojourn away from the country. She does this in a series of impressionistic street photographs that are typical of her style and set the stage for her Tahir Square images.

When she heard about Tahir Square, she rushed there. The imagistic tone was already set – impressionistic, indeterminate – and it becomes more and like the natural photographic aesthetic of protest, especially nocturnal protest – grainy, blurry, elliptical, confusing.

But that’s what it’s like. I have been at demonstrations, from Grosvenor Square in 1968 to the first big anti-Iraq War rally in London in 2003, and can attest that Laura El-Tantawy captures perfectly the exhilarating, sometimes dispiriting confusion of it all. I followed the Tahir Square media coverage avidly. In one part of the Square, people were singing songs and chanting slogans, or just hanging out and having picnics. At the same time, on the fringes and down the side streets, people were fighting and being killed. A rock festival atmosphere mixed with that of a war zone. The impression of people down there must have been absolutely confusing, with true and false rumours abounding of what was transpiring. And it should not be forgotten that 846 people were killed and some 6,000 injured.

The El-Tantawy narrative begins with hope, pride, and solidarity. It ends, as they often do, in disappointment and conflict. In the sense that it eschews a definite ideological stance, the book could be said to be apolitical, and yet it is in complete sympathy with the dissenting masses, who came from many ideological backgrounds. In that place, at least doing those heady eighteen days, there was a common purpose – Islamists with secularists, liberals with conservatives, nationalists with feminists – and that was to oust Mubarak. That is of vital importance for El-Tantawy, and while hoping against hope, she was aware of its fragility, which makes the shadowy, elusive, almost illusory tone of the book so much more credible, and the disillusion at the end so much more painful.

I have heard people criticise the book for ‘aestheticising’ the event too much, but I reject this. If the pictures were not in colour, it would be quite downbeat. And if you look closely and think about the narrative, rather than skip through it, this is no fairy story tale. The last section begins with an image of the security forces massed behind a road streaked with bloodstains.

I am not sure, however, whether the pictures would work so well on the wall. Isolated in frames, they might well appear too pretty. But I think they work superbly well in the book context, between pages and as part of a sequence that is more complex than might appear at first sight.

Like so much contemporary photography, Laura El-Tantawy mixes the acutely personal into the documentary mix, which in no way invalidates it as a document of Tahir. After all, Henri Cartier-Bresson described his great coverage of the 1948-49 communist takeover of China as his ‘photo-diary’ of the time. This is one view of Tahir Square. Hopefully, there will be others, with very different viewpoints. This, however, is a most persuasive and beguiling one. ♦