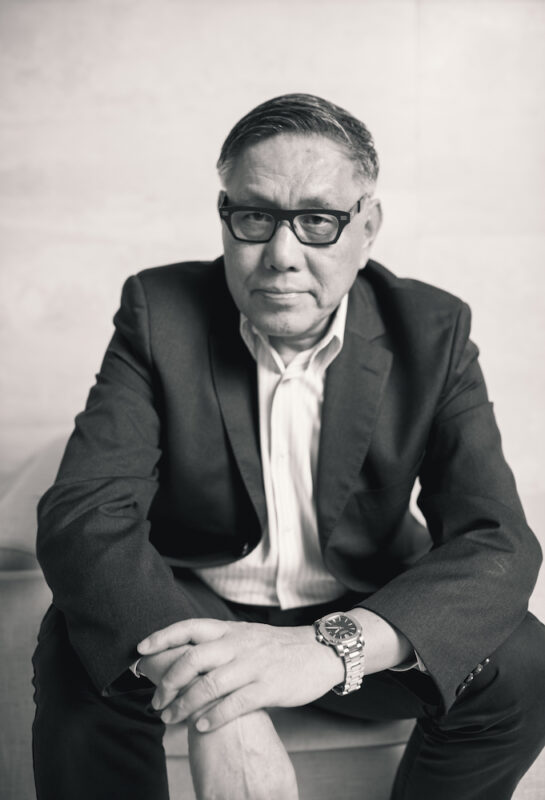 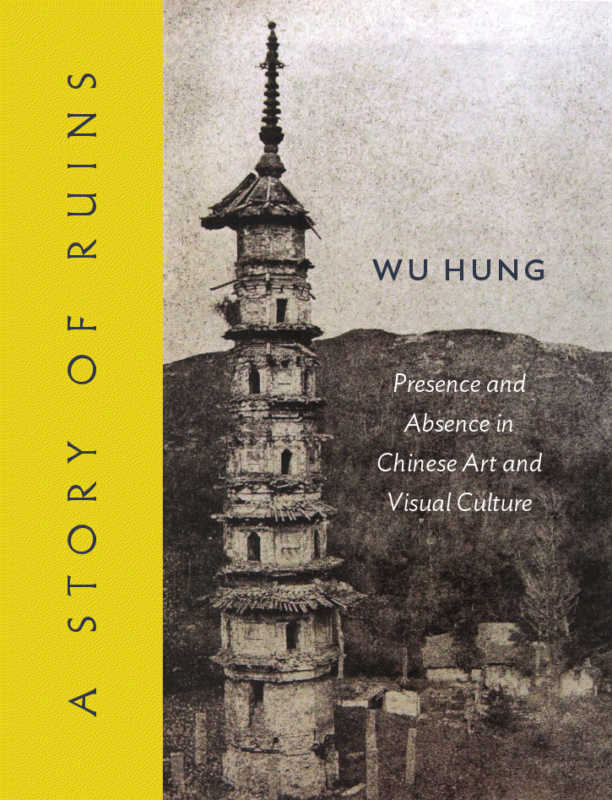 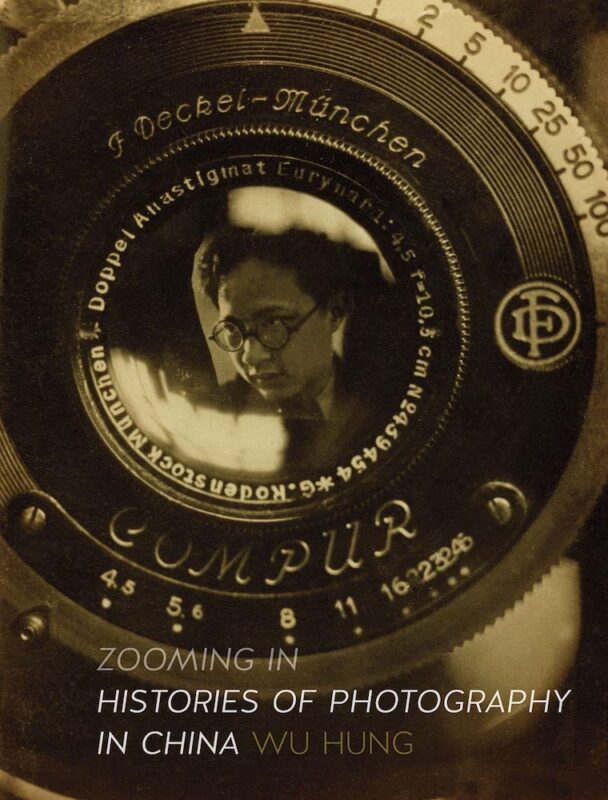 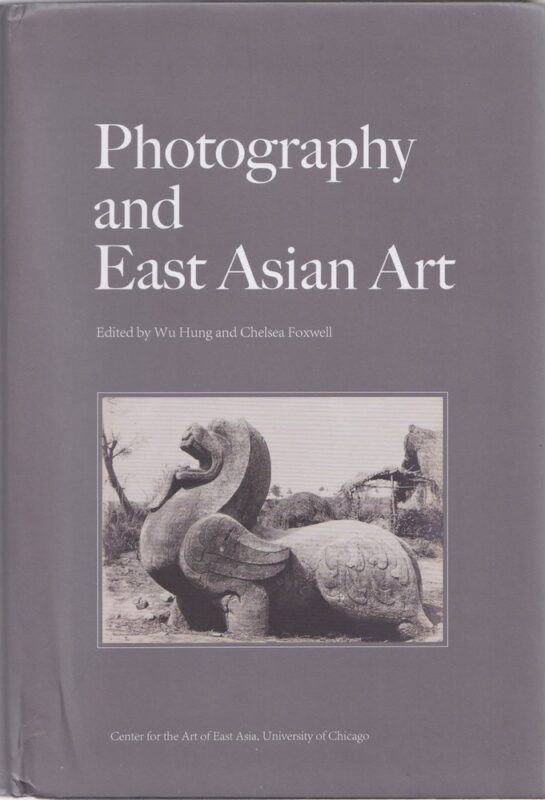 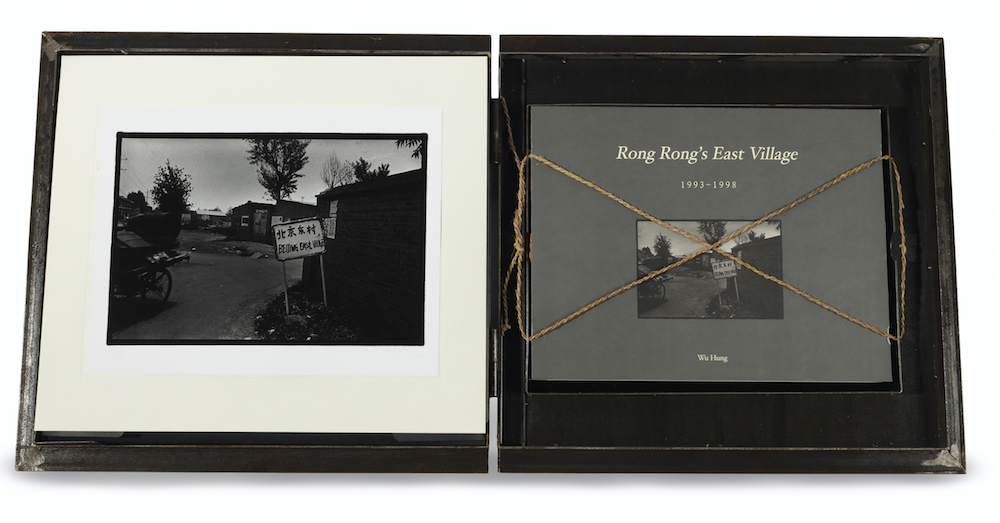 Wu Hung holds the Harrie A. Vanderstappen Distinguished Service Professorship at the Department of Art History and the Department of East Asian Languages and Civilizations at the University of Chicago, US, where he is also the director of the Center for the Art of East Asia and the Adjunct Curator at the Smart Museum. An elected member of the American Academy of Art and Science and awarded with an Honorary Degree from Harvard University, he sits on many international committees including Guggenheim Museum’s Asian Art Council, and chairs the Academic Committee of the OCAT Museum Group. Wu Hung has received many awards for his publications and academic services, including the 2018 Distinguished Scholar Award and the 2022 Distinguished Lifetime Achievement Award for Writing on Art, both from the College Art Association of America (CAA).

Wu Hung’s research interests include both traditional and contemporary art, and he has published many books and curated many exhibitions in these two fields. His interdisciplinary interests have led him to experiment with different ways to tell stories about Chinese art, as exemplified by Monumentality in Early Chinese Art and Architecture (1995); The Double Screen: Medium and Representation of Chinese Pictorial Art (1996); Remaking Beijing: Tiananmen Square: the Creation of a Political Space (2005); A Story of Ruins: Presence and Absence in Chinese Art and Visual Culture (2012) and Zooming In: Histories of Photography in China (2016).

I started writing about photographs quite late in my career, in the late 1990s after I had received tenure. I was trained as an historian of Chinese art. The books I published before 1996 all dealt with pre-modern art – ritual vessels, monuments and pictorial medium and representation. Photography attracted me via two paths. First, when I started curating exhibitions of contemporary Chinese art and writing about this art in the late ’90s, I discovered that photography was one of the most dynamic branches in this art and deeply enmeshed with painting, performance art, Body Art, Conceptual Art, and so on. Secondly, when I began working on a book about “ruins” in Chinese art and visual culture, I realised that the introduction of photography in the 19th century radically changed how Chinese people and artists perceived and represented the world. At that point, I also began to develop other research projects on historical photographs along two intertwining lines, which I call “Chinese photography” and “photography in China”. The former is an integral component of modern Chinese visual culture, while the latter, though produced in China and featuring Chinese subjects, served external agendas.

With contemporary photography, most of the time I’m first captured by particular images in exhibitions and publications, which lead me to their creators. I interview them, befriend them and conduct research on their entire corpus of works, before I sit down to write about them.

With historical photography, my interests are typically aroused by archival materials that pose unanswered questions. One example is my study of Milton Miller’s Chinese portraits which he made in Hong Kong around 1860. I was intrigued by these photos when I studied them in the Getty Research Institute because they confronted me with many questions which I couldn’t answer: Who are the anonymous sitters in the pictures? Are these images really “portraits” in a conventional sense? Why did Miller make these photos in the first place? I spent several years to find the answers to these questions.

In your writing on Miller and on early photography, you advocate for a form of intense looking and reading. How does this meet the writing process for you?

Although looking at old photographs and writing about them are not the same thing, they are certainly related to each other. For one thing, both unfold in time. Intense looking is a temporal process through which the researcher “enters” into the picture and tries to see it from within – to discover significant details from a historical point of view. Writing translates this visual undertaking – if it is successful – into a written form. But the sense of discovery can still help animate the written words and bring readers on an exploratory visual journey.

One set of problems is concerned with the history, status, motivation and function of contemporary Chinese “experimental” photography, which developed into a strong trend in China from the 1980s onward. Instead of perceiving and interpreting this trend as an anonymous movement, I’m more interested in discovering the experiences and experiments of individual photographic artists. To me, the differences between these artists, rather than their commonalities, should remain at the centre of investigation and presentation.

Another set of questions is related to the historical relationship between photography and Chinese art and visual culture. In particular, how did this modern technology change people’s perception of the world and of themselves, as revealed by the emergence of new kinds of images in the second half of the 19th century and later. For example, images of architectural ruins emerged for the first time in Chinese art; new types of portraiture and self-portraiture also appeared (such as inscribed photos I have termed “I-Portraits”). These new images often coincided with seminal historical events.

A third set of problems is even broader and focuses on the general relationship between photography, painting and objects. This is the central thread of my forthcoming book The Full-length Mirror: A Global Visual History (the 2021 Chinese version is titled Object · Painting · Photography: A Global History of the Full-length Mirror). A photograph is both an image and a material construct, and it represents objects in specific ways. While photography and painting are similar in this respect, they also differ in ontology and in the correlation between image and material. Moreover, a more complex story about the relationship of photography, painting and objects begins to emerge when we observe this relationship in a global context.

I read mainly around specific research/writing projects. Since I usually conduct two, three or even four projects simultaneously, more often than not I read books and articles on unrelated subjects at the same time. This also means that I read more for work than for pleasure. I don’t consider this an enviable habit.

I am, by training, an historian of images, and my writing and curatorial projects usually have strong historical frameworks. Even for those on contemporary art, including photography, I feel that I need to understand and present historical contexts, which can be artistic, intellectual, cultural and political, and to have a firm grasp of how a photographer’s artistic development is interwoven with their life experiences. In a broad sense all of these can be called “historical”.

In terms of theory, I prefer not to rely on preconceived theories, understood as self-sustaining discourses with their own intellectual context, in developing curatorial and writing projects. To me, “concepts” are more productive because these projects always need certain conceptual frameworks. Four years ago, my colleagues and I at Beijing’s OCAT Institute started an annual competition called “Research-Oriented Curatorial Projects”, encouraging young curators to organise exhibitions that combine serious research and theoretical thinking. There have been a good number of successful examples. But many submissions fall back on well-known (Western) theories as preexisting parameters, either applying them to interpreting artworks or illustrating them with selected examples. The “Research-Oriented Curatorial Projects” programme tries to counter this tendency which has become widespread in the field.

In your interest in early photographs of China, you seem to be looking for a meaning beyond the informational or descriptive, and something of this seems to be at work in your “Research-Oriented Curatorial Projects”. Is this process of researching – whether it is written or curated, a creative exercise? And are writing and curating one and the same as far as this is concerned?

Yes, an historical photograph is never transparent and displays its “meaning” on the surface because of its inevitable dehistoricisation: it has lost its original associations with its time, place and people. In other words, it has “survived” history to become something else. Verbal description of the image alone can tell us little about its historical meaning. But sensitive observations are crucial for a researcher to discover problems, which then stimulate further investigations. I consider this process of finding, observing, describing and investigating a combined creative exercise, regardless whether it can produce a definite conclusion. My writing and curatorial projects more or less follow this logic, but curatorial projects naturally also demand taking into consideration the logic and functionality of the exhibition space.

Real understanding of the subject. Clarity. Being engaging. Passion. An interest in new ways of telling a story.

Do writings from beyond photography also influence how you think about the photographic image? Approaching photography from an oblique angle can also be a revealing strategy.

In thinking about photography? It should be Camera Lucida (1980), like with many of us. I also want to mention Benjamin’s “The Little History of Photography” (1931), which says that a photograph has something in it which ‘goes beyond testimony to the photographer’s art.’ In saying this, Benjamin means those things which a photograph doesn’t display on the surface but which are nevertheless there, arousing curiosity or even fantasy. I feel that this is especially true for historical photographs, which always go “beyond” the images themselves, compelling historians to pursue the missing information.

I take “criticality” as reflections – through either words or images – on photography itself. As such, criticality is always important to photography writing, although it doesn’t have to be externalised as the sole or main purpose. In my mind, the best photography writing – or writing on any type of image – should simultaneously expose hidden meanings of images and articulate new ways of arriving at such meanings. Camera Lucida again provides a supreme example.♦

2-Book cover of A Story of Ruins: Presence and Absence in Chinese Art and Visual Culture (2012)

3-Book cover of Wu Hung, Zooming In: Histories of Photography in China (2016)