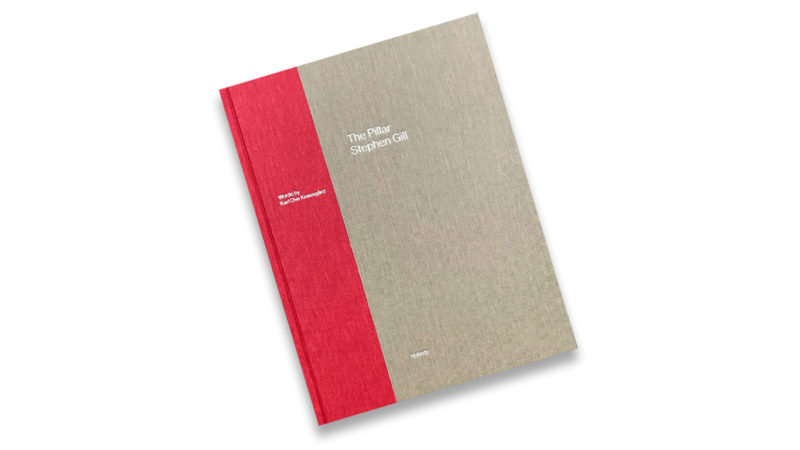 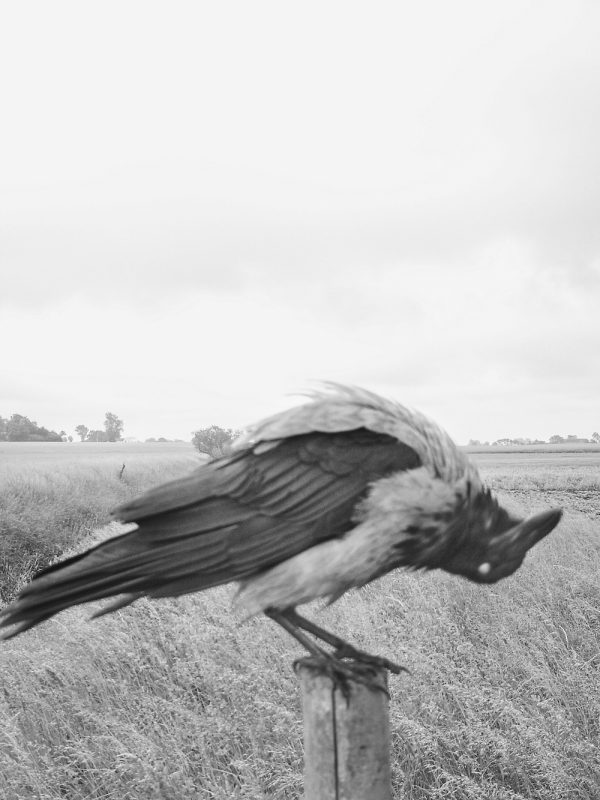 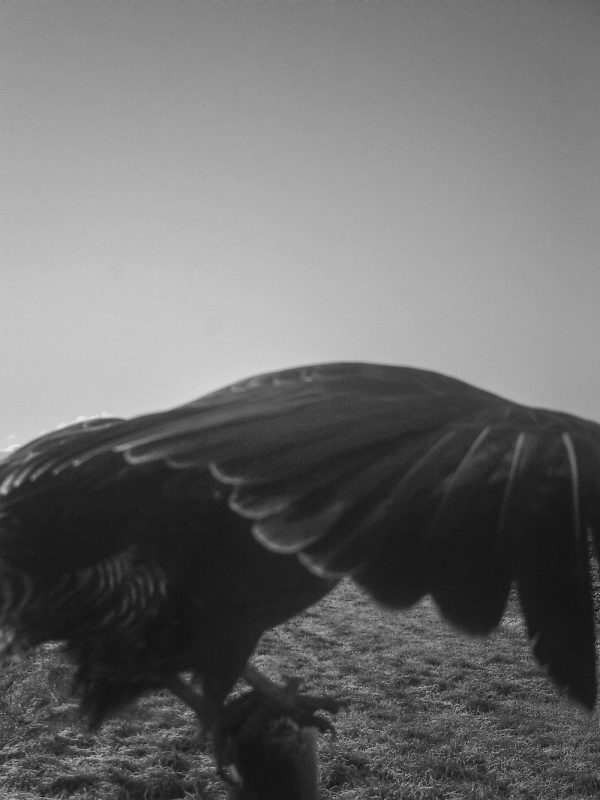 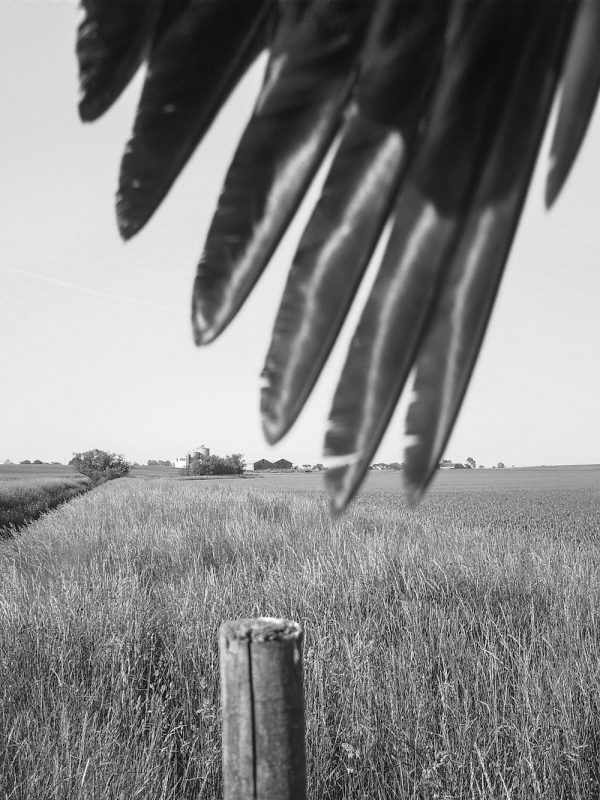 Falconry almost automatically came to mind the first time I saw images from Stephen Gill’s The Pillar, his second book since his move to rural Sweden. For this project, Gill hammered one wooden pillar into the ground in an open field next to a streamlet not far from his home, and a second just opposite, upon which he installed a camera with a motion sensor. Birds coming down for a rest or a feed would set off the camera and without much fuss or awareness of the act, their picture would be taken. The results are absolutely stunning, providing us with an often full-frontal view of their magnificent presence.

Falconry, because Gill says he “decided to try to pull the birds from the sky”, a phrase that briefly generates an image of the photographer standing in that empty field, wearing a leather gauntlet with food on it, his hand raised towards the clouds. Falconry, mostly because of H is for Hawk, the captivating memoir in which British author and experienced falconer Helen Macdonald writes “that there is a world of things out there – rocks and trees and stones and grass and all the things that crawl and run and fly”; that they are all things in themselves; and how you feel more human once you have known, even in your imagination, what it is like to be not.

How categorically human we are and how inherently removed we are from the animal world, is what lies at the very heart of The Pillar, and of Night Procession, Gill’s other Swedish book, about animal nightlife in the forest, in which Norwegian author Karl Ove Knausgård writes: “What I see is the world without me. (…) the animals and the world that is theirs when they are on their own and undisturbed by human presence.”

Falconry may have come to mind, but in fact The Pillar has nothing to do with it. In a most crucial way it is quite the opposite. Just as falconry exists within the sphere of hunting, so does the sport of wildlife photography. Gill’s images, however, mechanically made from close range, completely lack the sniper-like feel that most bird photographers evoke while aiming for razor-sharp images with their long telephoto lenses.

Gill doesn’t want to shoot a trophy or claim a prize; he doesn’t want to defeat, dominate or conquer the animal; he is no photographer-hunter. What Gill is after, is the same wonder and joy he experienced as a child in Bristol, trying to photograph garden birds from the bathroom window with a 10-metre release cable. And to find that fascination and enchantment again, he resorts to similar boy scout-like techniques. Ultimately Gill presents us with a beauty that is inextricably linked to the natural world, its beings and its all-encompassing harmony; a beauty, however, that will only truly reveal itself in our absence. That is the paradox in which we find ourselves, the parallel state in which humans and animals exist. This is the realisation that both Night Procession and The Pillar offer. ♦

All images courtesy of the artist and Nobody Books. © Stephen Gill