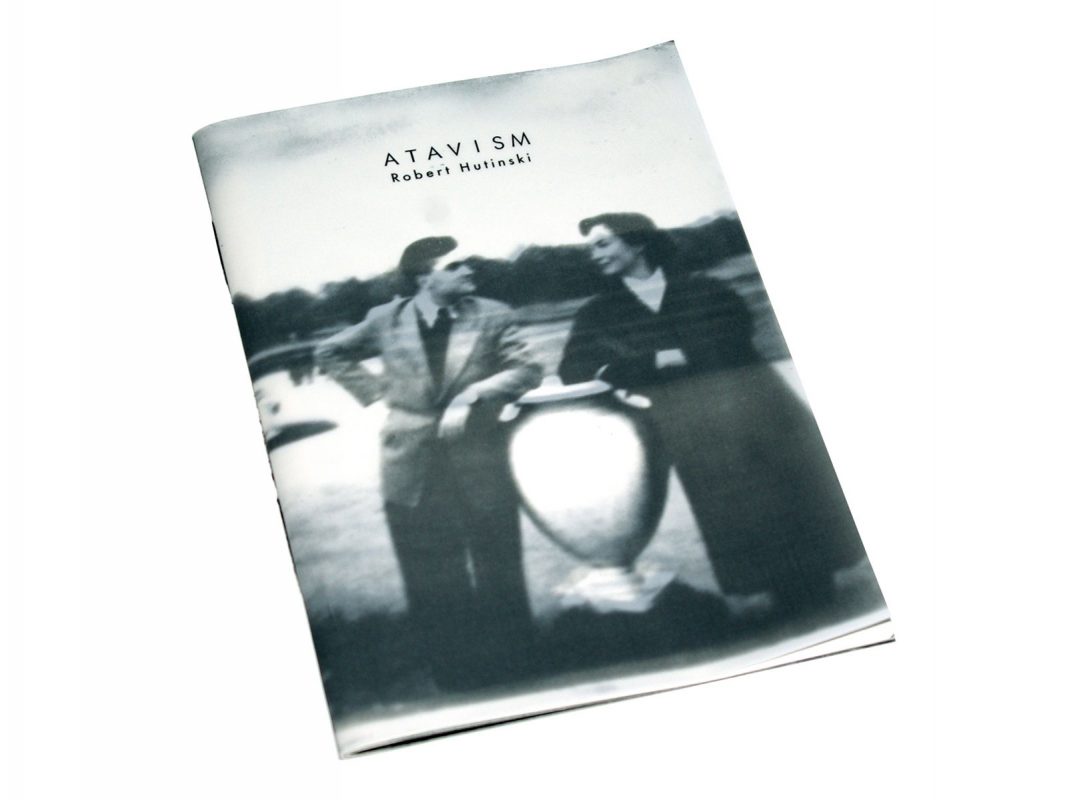 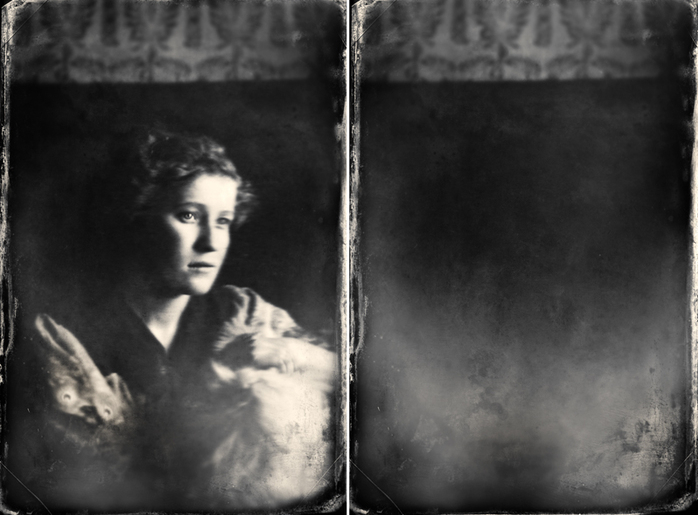 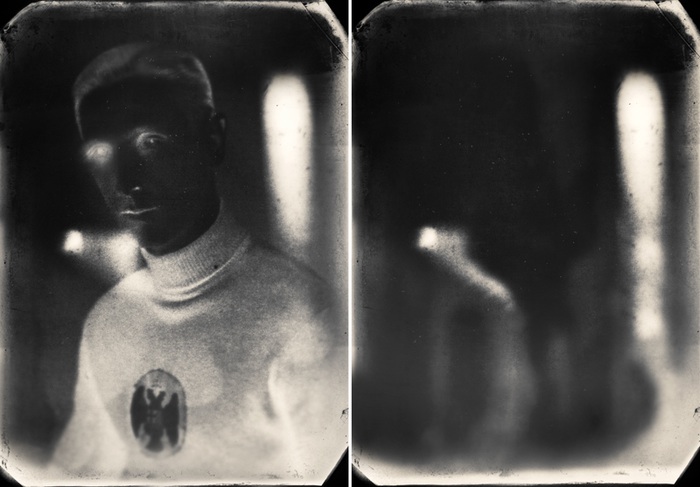 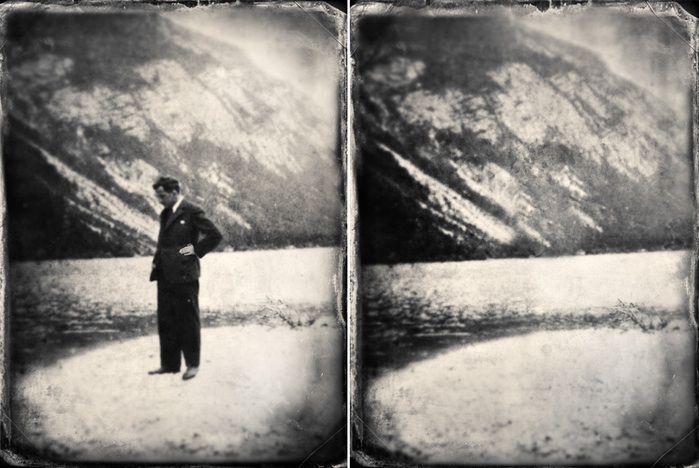 A privately published, hand made book, Robert Hutinski’s Atavism ostensibly shows family archives from Celje, Slovenia, prior to the Nazi holocaust, which are then are redacted and excavated; creating absence that perversely translates as a contemporary memento mori. In doing so, it invites us to empathise with what is popularly described, as the ‘spectre of fascism’ being ever present.

In Michael Haneke’s 2009 film, The White Ribbon, various set pieces based in rural Germany of the 1910’s presciently suggested the violence yet to appear in WW1. The actual conflict wasn’t yet physically present and rather than rely upon a reiteration of its consequences Haneke conjured a heavily charged prelude via the everyday. Family and documentary archives can act as a final point, a fixed marker in time, yet Hutinski’s digital interventions into the photographic vernacular, reposition fragmented lives, which disappear before our eyes.

We witness no trauma, but gaze at victims before they become so. Any ‘double violence’ has yet to occur, not with the act of photographing, but genocide. We find ourselves at the limits of allegory, the works projecting tragic inevitabilities and us, unable to act to change the course of history as if the sequence is set to repeat. Perhaps, predictably, I hear TS Eliot’s Bin gar keine Russin, stamm’ aus Litauen, echt deutsch as I hold what begins to feel like a slim prayer pamphlet in my hands. The object’s intelligent design and use of semi-transparent papers combined with image manipulation and sequencing offers it’s own interpretation of uncertainty.

Surprisingly, Atavism relies not on indexicality; the images may have been made contemporarily, but a seductive and emotive power through aesthetics, collective consciousness and design. Hutinski knows that to continually reemphasise such histories, to keep these ghosts alive, is essential, but, and whether this is by choice or circumstance I do not know, what happens when an elegiac and beautifully created testament to loss such as this can only be owned by a handful of collectors?