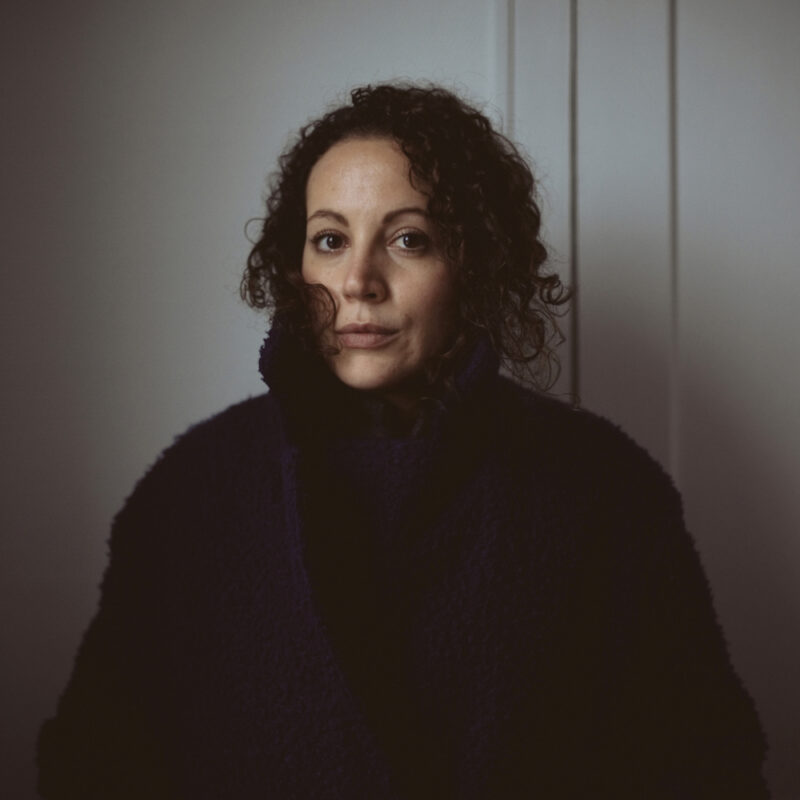 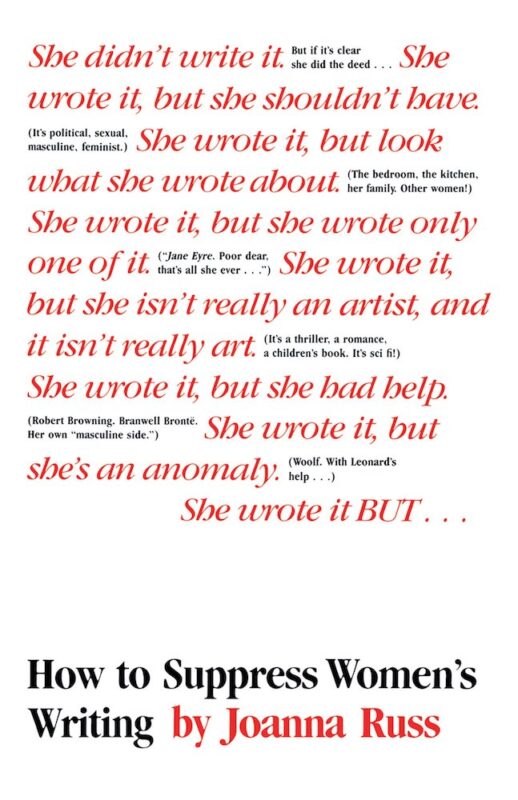 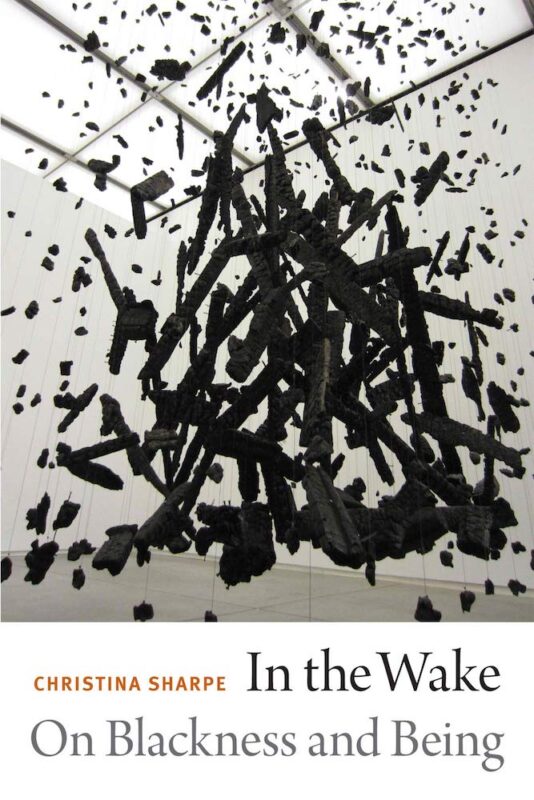 Taous R. Dahmani is a historian of photography, researcher and writer based between London and Marseille, France. She is currently writing a PhD on the relationship between political actions and photographic gestures. Dahmani is also editor and content advisor at The Eyes, a trustee of the Photo Oxford Festival and on the editorial board of MAI: Visual Culture and Feminism.

Recent writings include “Heeding time: reviewing and rereading Périphérique” in Mohamed Bourouissa, Périphérique (Loose Joints, 2021); “A meeting between the thought of Stuart Hall and the films of John Akomfrah” in Penser avec Stuart Hall (La Dispute, 2021); “Racism and anti-racist struggles in 1970s London: When the walls speak, placards respond!” in Le phototexte engagé – Une culture visuelle du militantisme au XXe siècle (Les Presses du réel, 2021); “From a space of resistance, to the institution’s place: the history of Autograph ABP, between 1988 and 2007” in Marges #33 (2021) and “Bharti Parmar’s True Stories: Against the grain of Sir Benjamin Stone’s Photographic Collection” in PhotoResearcher #30 (2018).

In 2022, Dahmani will contribute a chapter about Polareyes, a magazine by and for Black British women photographers, in Resist, Organize, Build (SUNY Press, 2022), and serve as the curator of the Louis Roederer Discovery Award at Les Rencontres d’Arles, France.

The very first time I wrote about a photograph was eight years ago in a university exam for my history of photography course. We had three hours to write a “dissertation” – a methodology-heavy French way of writing a “paper”. And it was actually the last time I wrote anything with a pen. I only vaguely remember that I wrote about a Bill Owens photograph and its relation to capitalism. But I vividly remember my eagerness and nascent aspiration.

Fast forward slightly less than a decade and I’m now writing up my PhD as the end product of my journey in French academia. Looking back, this education – its numerous rules and regulations – was a process of acculturation. One way of writing, to perpetuate one way of thinking. On scholarly work, Edward Saïd wrote that it is an ‘on-going activity within an already constituted field of discourse.’ It exists only to be perpetuated as it is.

In 2019, when Tim Clark, Editor in Chief of 1000 Words, invited me to write about a photobook, I welcomed the invitation as a breath of fresh air. I also welcomed the proposal as an opportunity to transcribe, for a wider readership – a conscious reasoning – the accumulation of knowledge and experience that has shaped me as a researcher. This experience started my interest in non-academic writing – its forms and meanings – and its potential for accessibility. As such, this experience was another “first time”.

Today, I feel like I’m playing a tug of war with myself: one team trying to follow presiding ways of writing a PhD thesis; the other exploring the freedom of essay writing. At the end of a long and laborious project such as a PhD thesis, I am embracing the feeling of re-starting, re-becoming an apprentice writer. Originating from the French verb “essayer” (to try), “the essay” is a great form for critical thinking, and I will attempt to weave my academic background into this new form in the future – asking myself, as Daniel C. Blight asked himself a few years ago: ‘What is the politics of essay writing on photography?’ Blending disciplinary disregard and acute consideration for this form.

[I’ll answer this question for essay writing only.]

I generally love listening to podcasts or watching interviews of people who talk in detail about their craft and practice. So, on bad days, I turn to writers who have written about writing. I often think of this Marguerite Duras quote: ‘One cannot write without bodily strength. One must be stronger than oneself to approach writing; one must be stronger than what one is writing.’

The last five years of my life have been dedicated to my doctoral research. My thesis is articulated, in a nutshell, around the photographic representation of struggles and the struggle for photographic representation in England from the end of the 1960s to the end of the ’80s. Most of my essays, so far, have been more or less inspired by my ongoing obsession with image-making and political action whether expressed in iconographies or ecosystems (or ‘worlds’ to reference Howard S. Becker).

That said, most of my essays have been dedicated to very contemporary artists/photographers and, as such, most of them have tried to “respond” to image-makers that ‘create dangerously’ to quote Edwidge Danticat, who describes that process as such: ‘[It] is creating as a revolt against silence, creating when both the creation and the reception, the writing and the reading, are dangerous undertakings, disobedience to a directive.’ I’m motivated by disobedient artists-photographers. I’m driven by the problems defiant image-makers highlight. Their insubordination can be found in their craft or form, in their practice or discourse. They are oppositional in their way of behaving with, around or against photography. Their rebellion can be loud or whispered – I’ll listen.

As a doctoral researcher, reading is a great part of my day-to-day work. As such, libraries become toolboxes and books instruments towards the completion of a project. The Stakhanovic nature of a PhD means that I rarely re-read books – with the significant exception of bell hooks whom I could read every day. If I re-read an article, it is often in order to “double check” or “make sure”.

However, the first lockdown taught me the power of re-reading and reading several books at the same time: realising that, often, as with a person, you need the “right time” to truly discover a book’s content. To take an example, I had always “used” Roland Barthes’ theories (and taught Camera Lucida (1980) in exactly the same way it had been passed down by my professor), but, with my recent dive into essay writing, I started paying attention to the confidentiality, familiarity and sensitive nature of his work: making him a thousand times more interesting.

So, as I’m trying to become another kind of writer, I’m becoming another kind of reader: trying to find the route towards an embodied strategy of narration that exists at the meeting place of gut (biography) and brain (history/theory). A delicate balance between decency and intelligibility. I have to say that I have come a long way: French academic education forbids expressions of subjectivity or opinion – or more exactly, uses objectivity to hide the dominants’ point of views. The first time I wrote “I” to start a sentence I felt a blast of freedom on my keyboard. In How to Suppress Women’s Writing (1983), Johanna Russ wrote: ‘Although crammed with facts and references, [women’s writing] has the wrong style; it is personal and sounds unscholarly, a charge often levelled at modern feminist writing. That is, the tone is not impersonal, detached, and dry enough – in short, not patriarchal enough – to produce belief.” As you can imagine, reading beacons such as Saidiya V. Hartman, Sharpe and Tina M. Campt for the first time was extremely arresting.

I struggle with this question. For me, one can only compare similar elements and the contrast between the experience of reading and the experience of visiting an exhibition is too dissimilar: providing disparate bodily and intellectual experiences. Being a reader and being a viewer/spectator are two distinct positions. However, I guess we could maybe examine the knowledge produced by catalogues vs. magazines, journals and other sorts of publications. Such an investigation might quickly lead us back to accessibility (price, printed/online, language, themes, etc.). The performative aspect of exhibitions – if the work of going through the doors of a gallery/museum is achieved – makes it probably more approachable. In the age of social media, we face very different ethics of attention and, as a result, disparate receptions/reactions/effects.

That said, if I really have to answer the question, I would say that the “prominent” status of exhibitions over theories/histories that you seem to detect is probably only the result of radical and forward-thinking theorists and historians. Good exhibitions are made by curators (and artists) who read. I have a hard time imagining the act of thinking – or giving shape to ideas – without writing, so I’m guessing curation is another form of writing. Curating can then become a translation and even a visual/embodied comment on theories/histories. Exhibitions can be powerful rhetorical demonstrations. Yet, the limitations of exhibition-making are much more real than the limits of words on paper (publication aside). For me, the main question is who writes and who curates and which platforms these people are given. How we know what we know and who is allowed to share what they know?

This is an extremely hard question. But to answer, I would say 1. their politics 2. their attention to detail 3. their humanity.

[Influence seems like a big word, but, off the top of my head, here is a non-exhaustive list of names, in no particular order, with endless recognition for carrying me through years of doctoral research.]

I am tempted to give a somewhat literal answer to this question: addressing geography and platforms. The hegemony of the English language and concomitantly the predominance of the global North in knowledge dissemination (not production) questions “the place of criticality in photography writing now”. Published and widely circulated criticality in photography is not diverse or inclusive enough. However, the recent publication of Dark Mirrors (2021) by Stanley Wolukau-Wanambwa is an inspiring step for critical writing.

Then comes the question of where does one find critical thinking (as opposed to journalism) in photography today? A few online platforms (in English) exist, a couple of publishers defend it – that’s it (in France, outside academia, it’s almost non-existent for example). Critical consciousness certainly exists, the lack of platforms to express it is, for me, an important aspect today. Without sounding boards, it is difficult to develop true debate and exchange or create space for a diversity of equal voices to express themselves.

Lastly, I feel like the place of criticality in photography writing now is in complexifying “recently acknowledged” notions/ideas/struggles. Lately, oppositions around photographer Deana Lawson’s iconography are for me fascinating “places” of criticality, for example. Debate is probably one of the greatest signs of the recognition of a multi-layered artist and a complex body of work.♦

3-Book cover of Christina Sharpe, In the Wake – On Blackness and Being (Duke University Press, 2016)