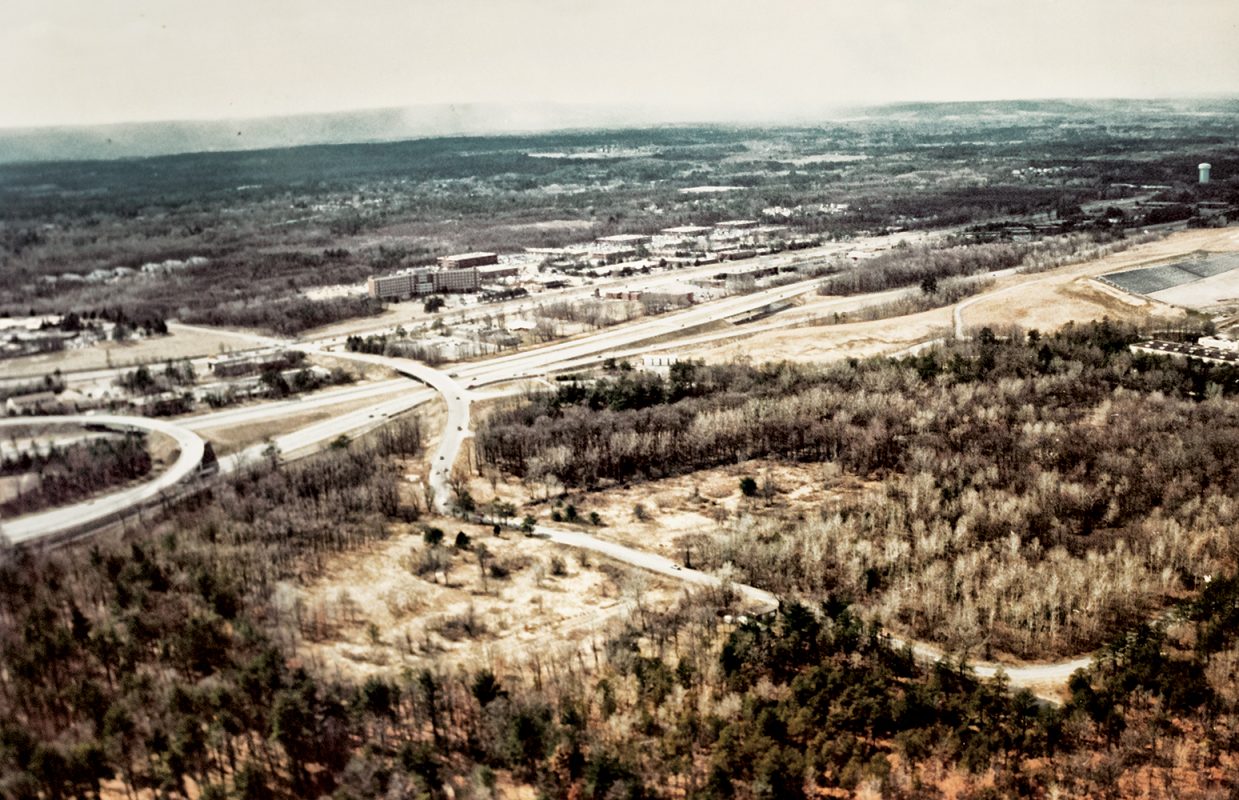 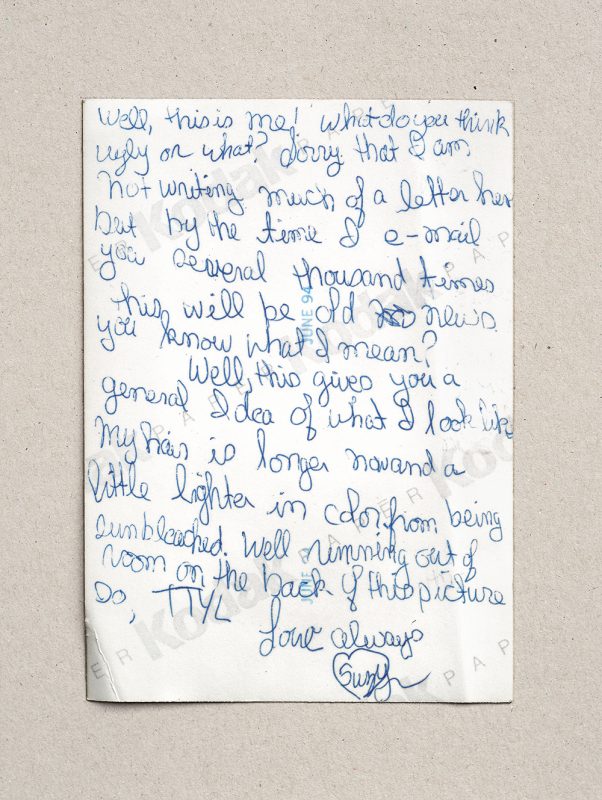 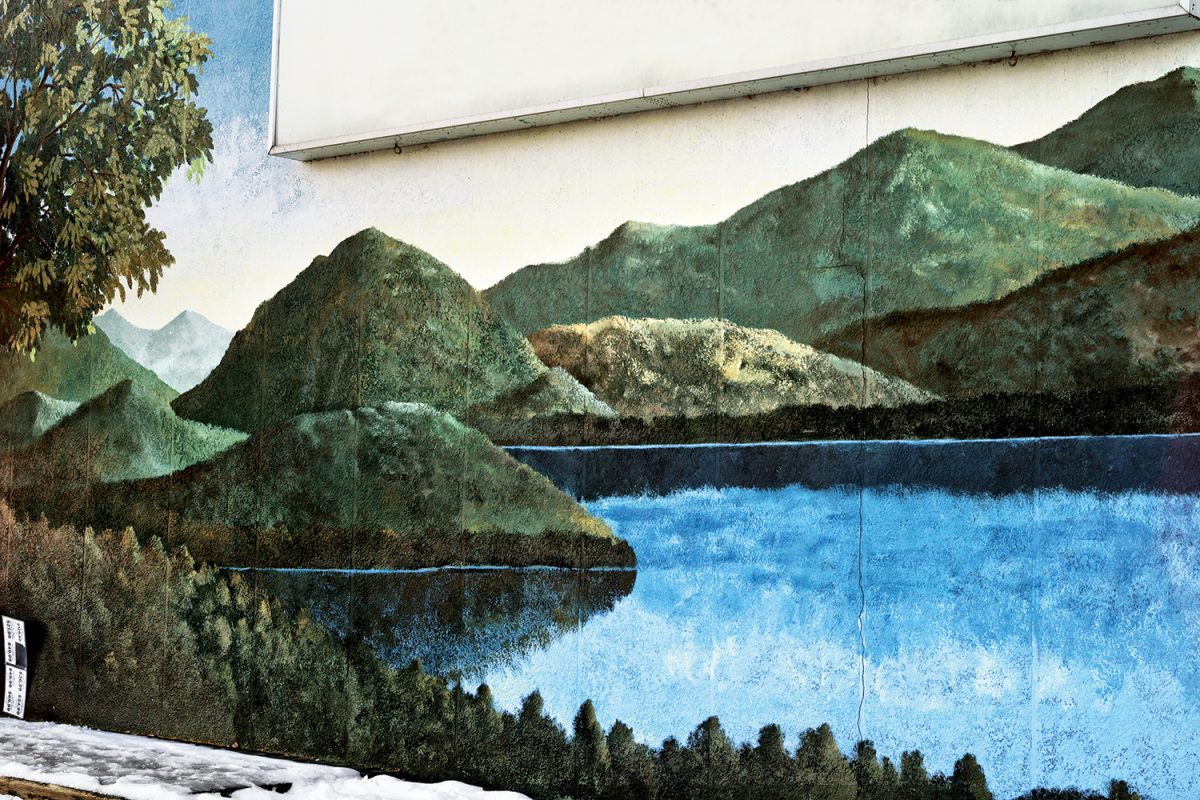 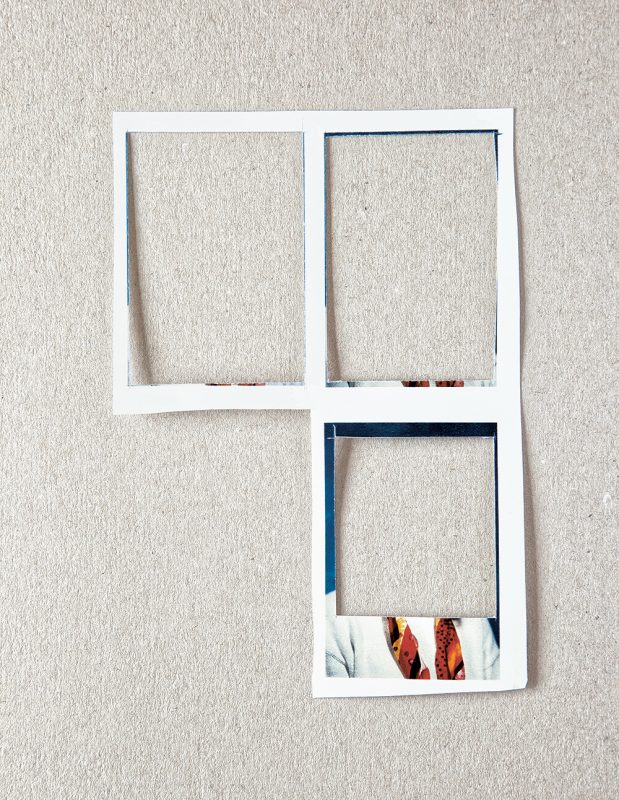 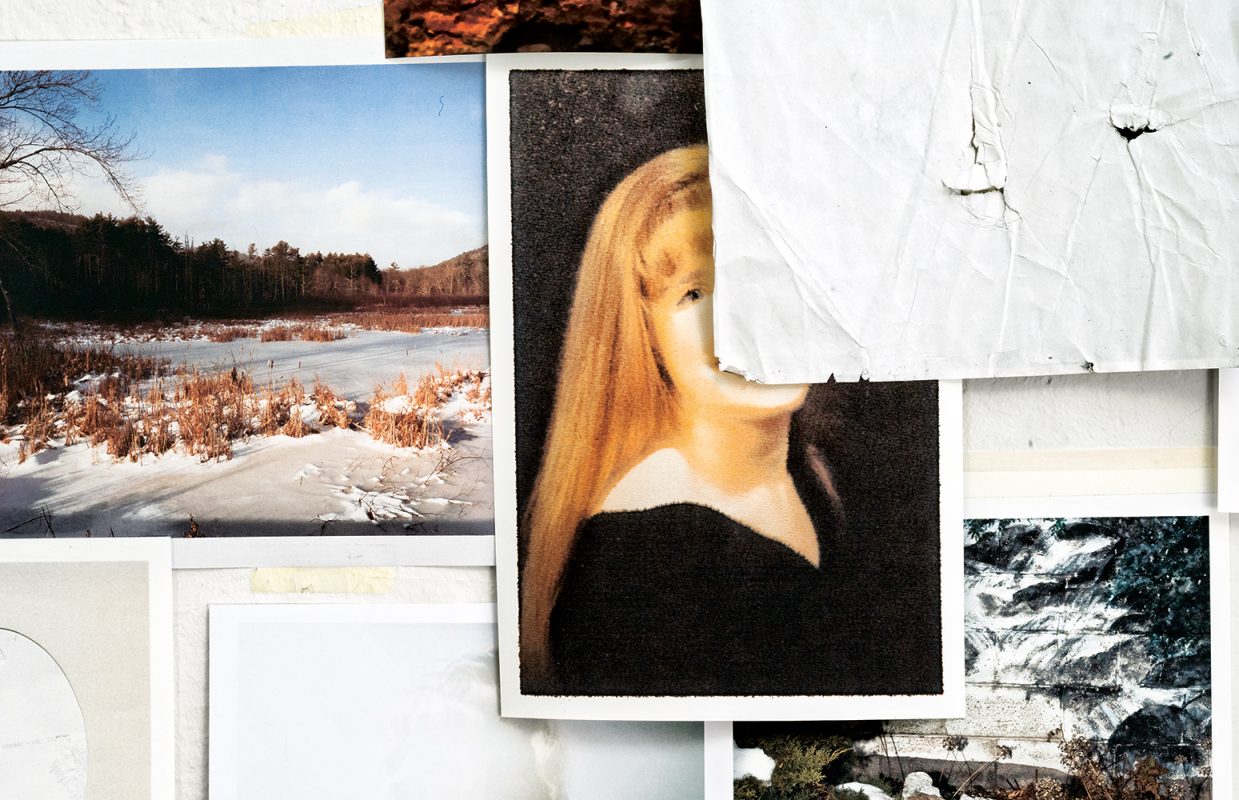 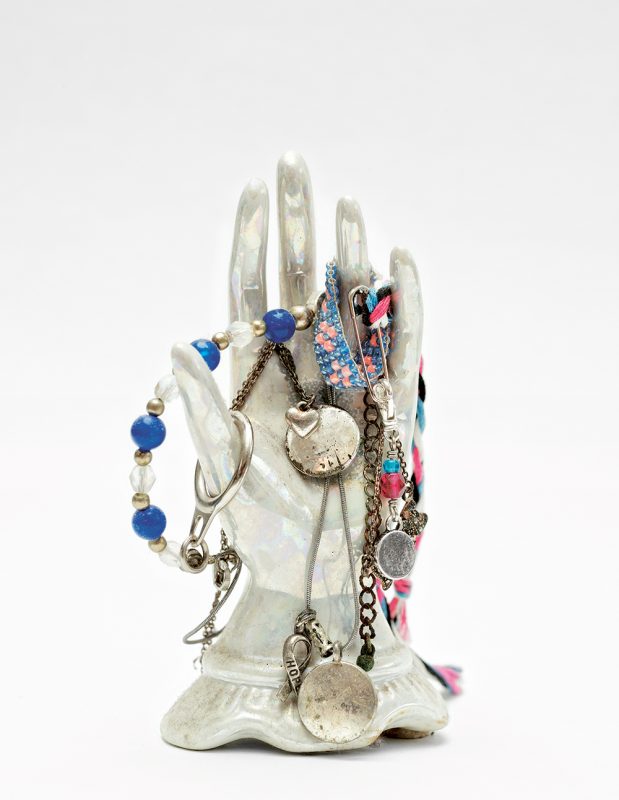 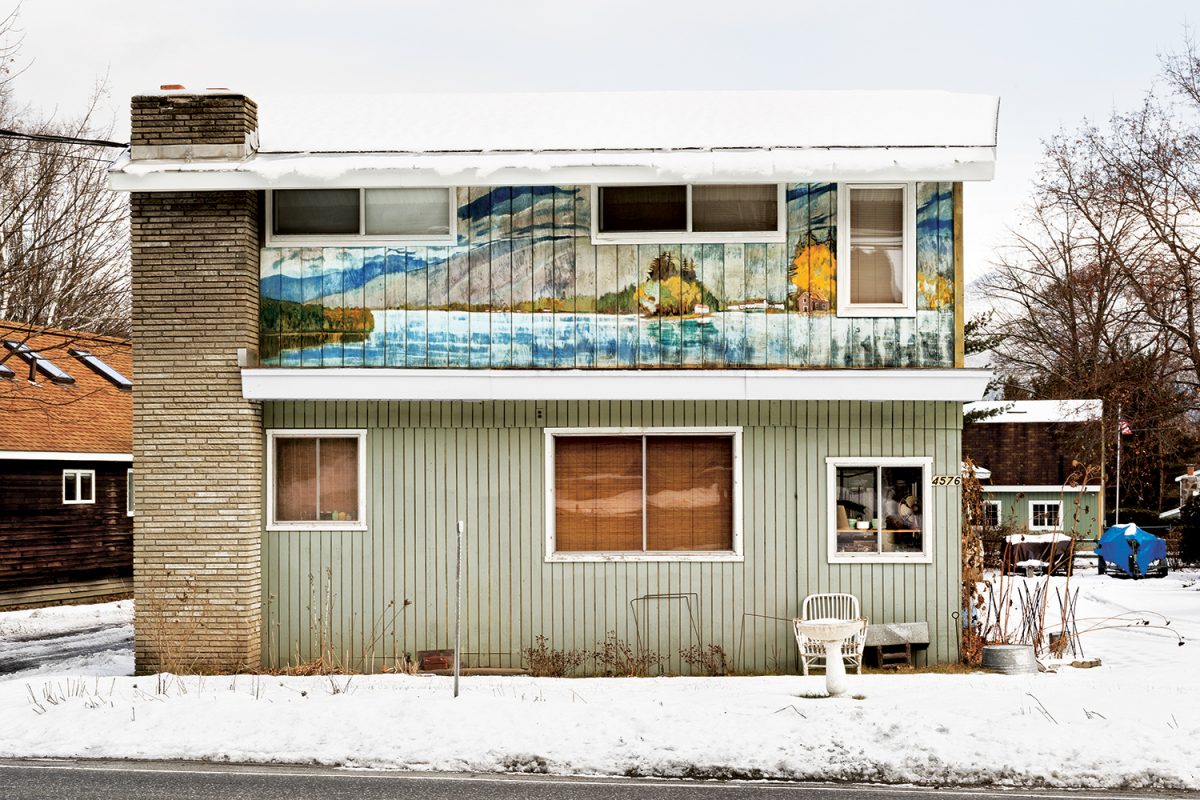 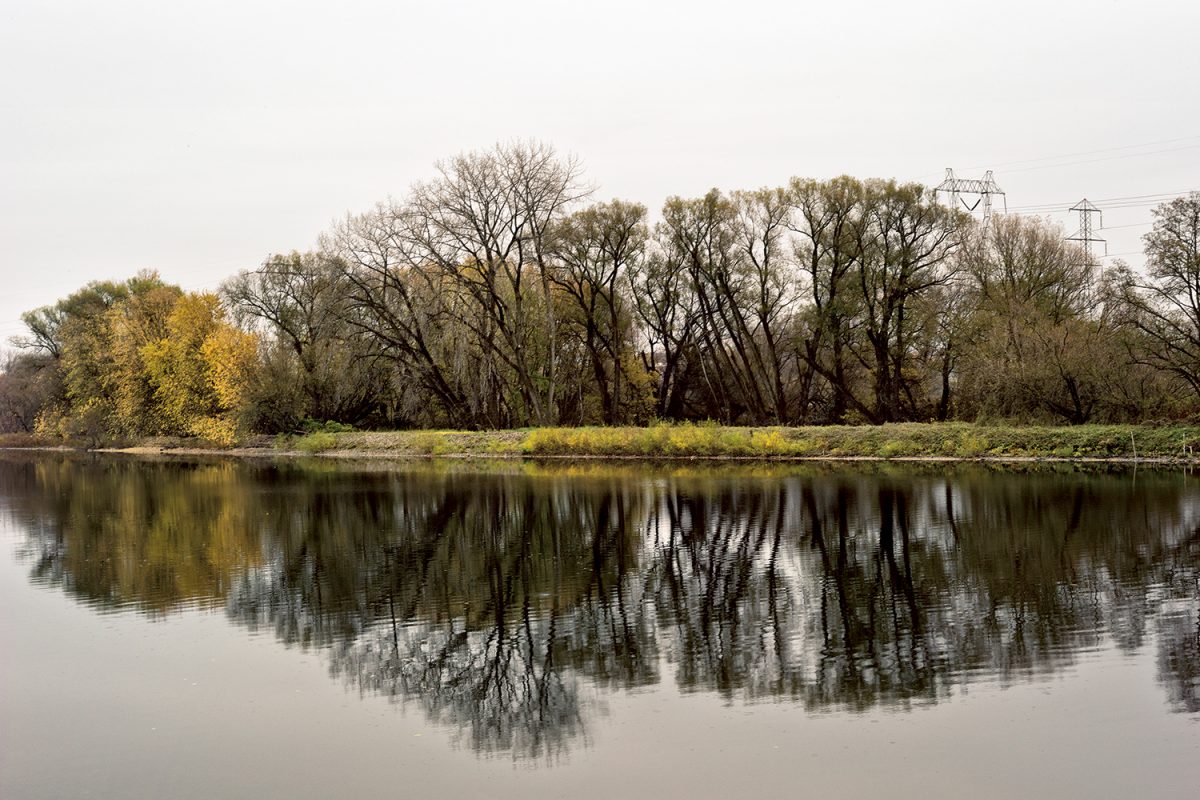 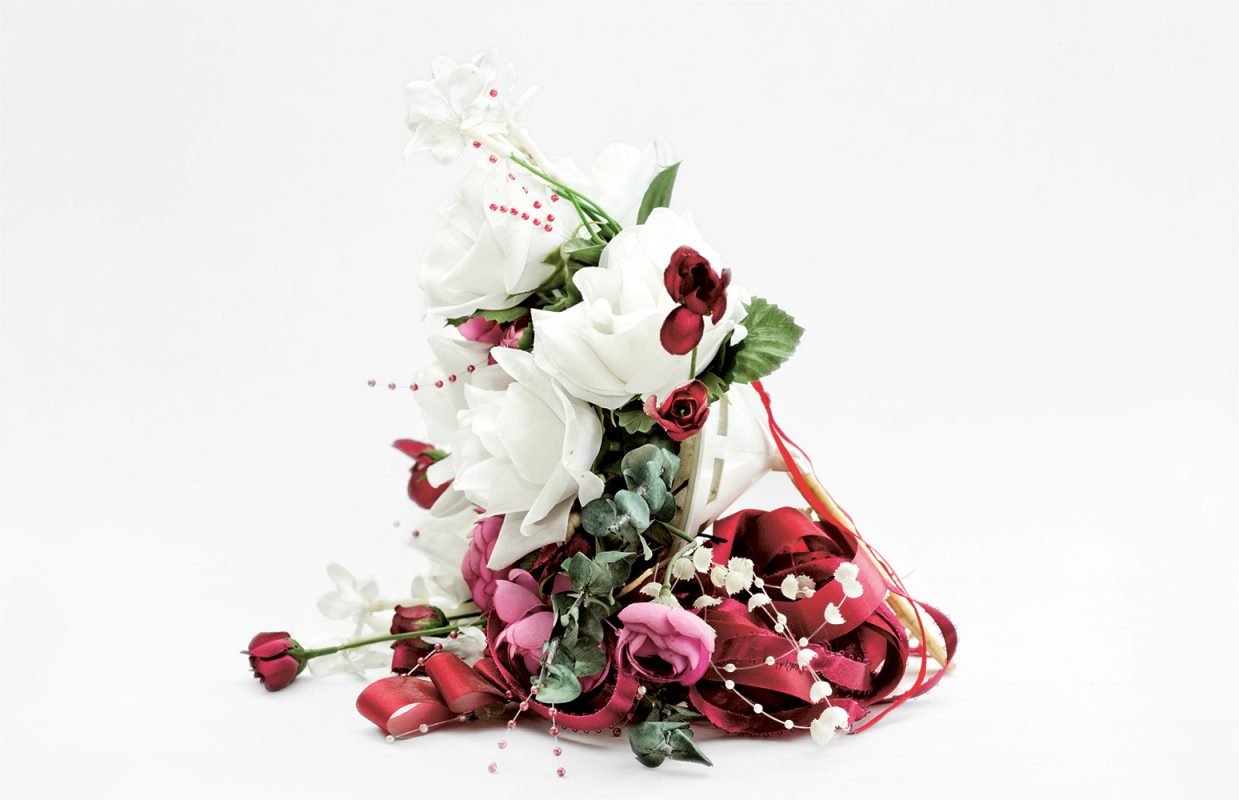 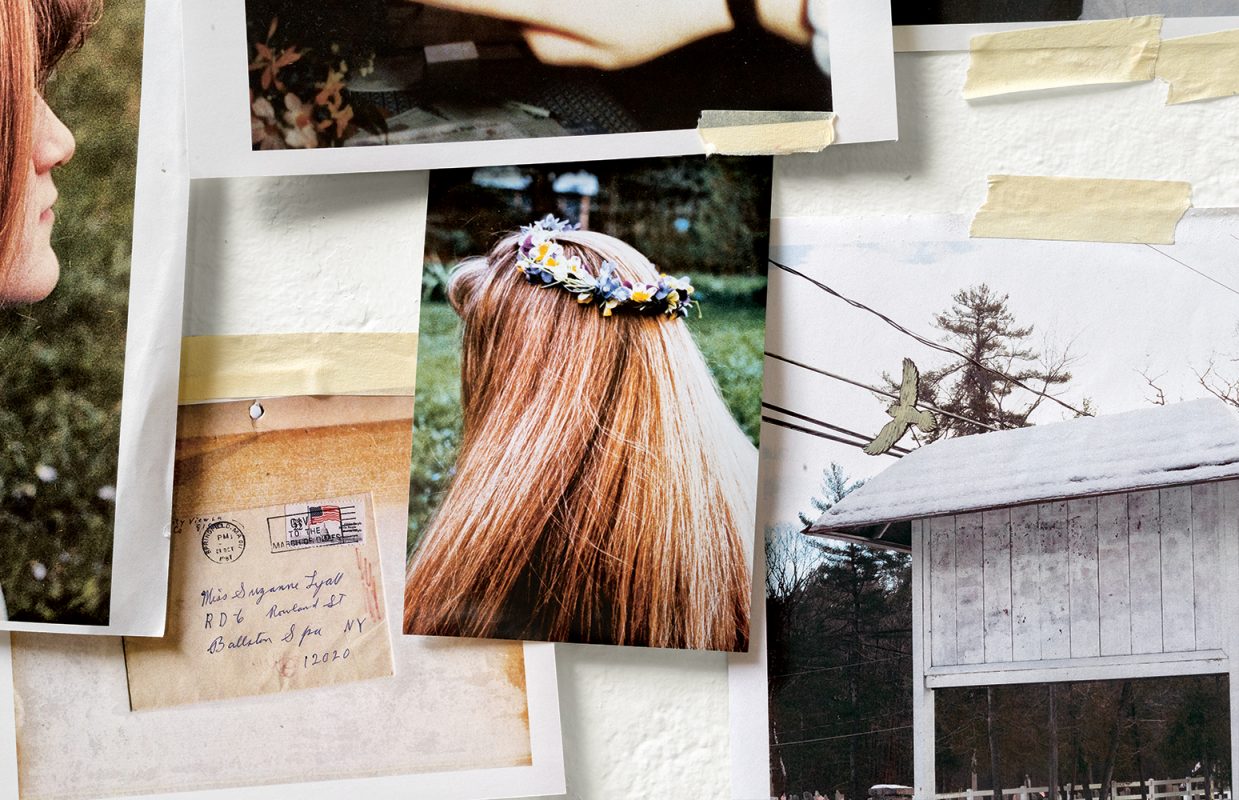 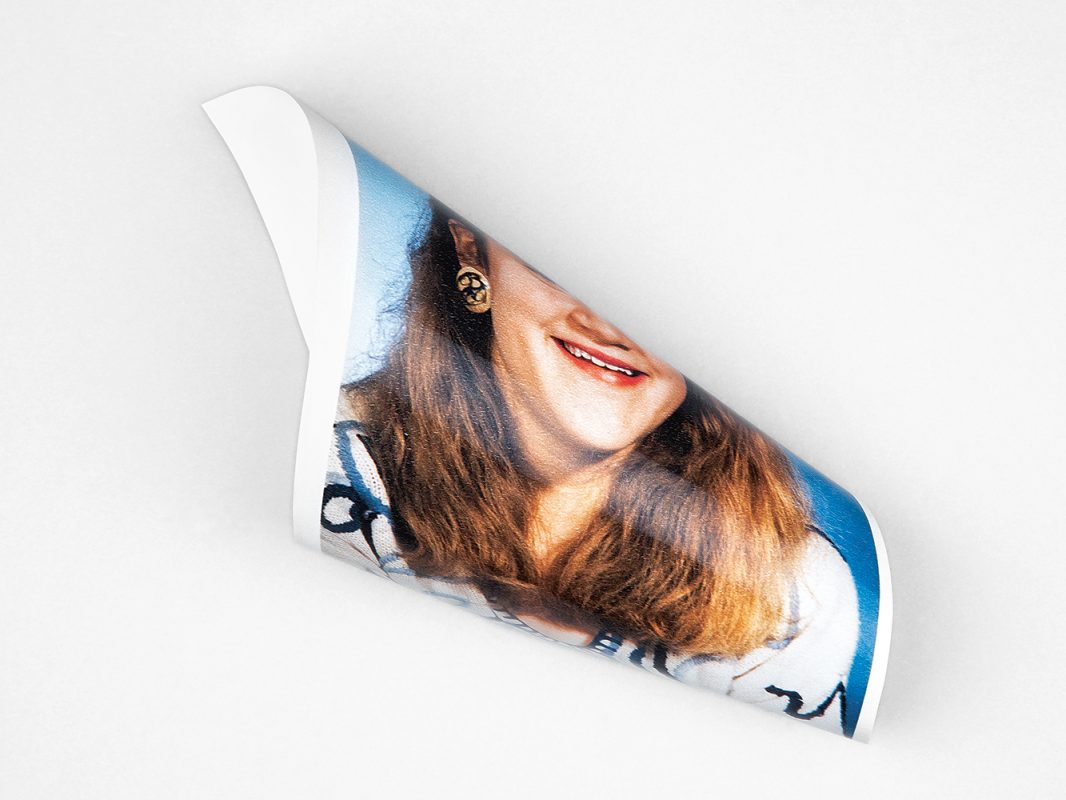 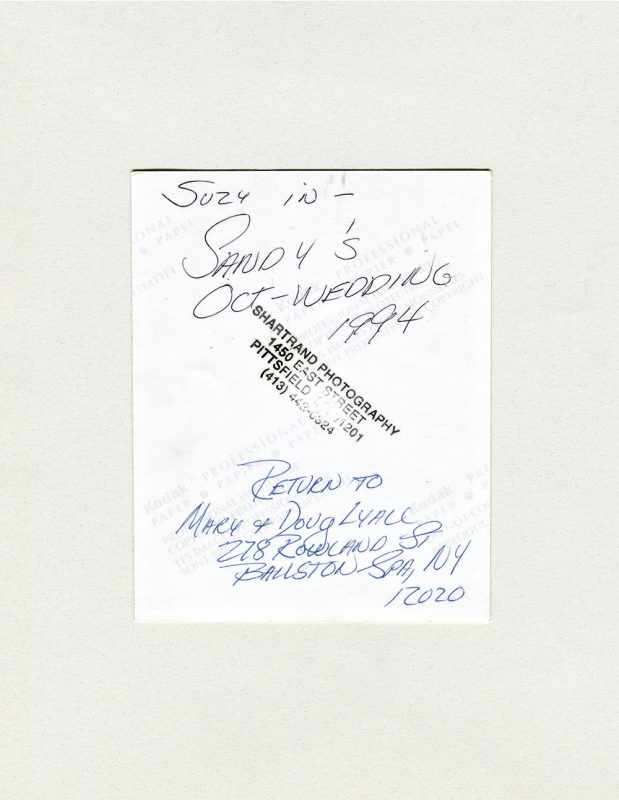 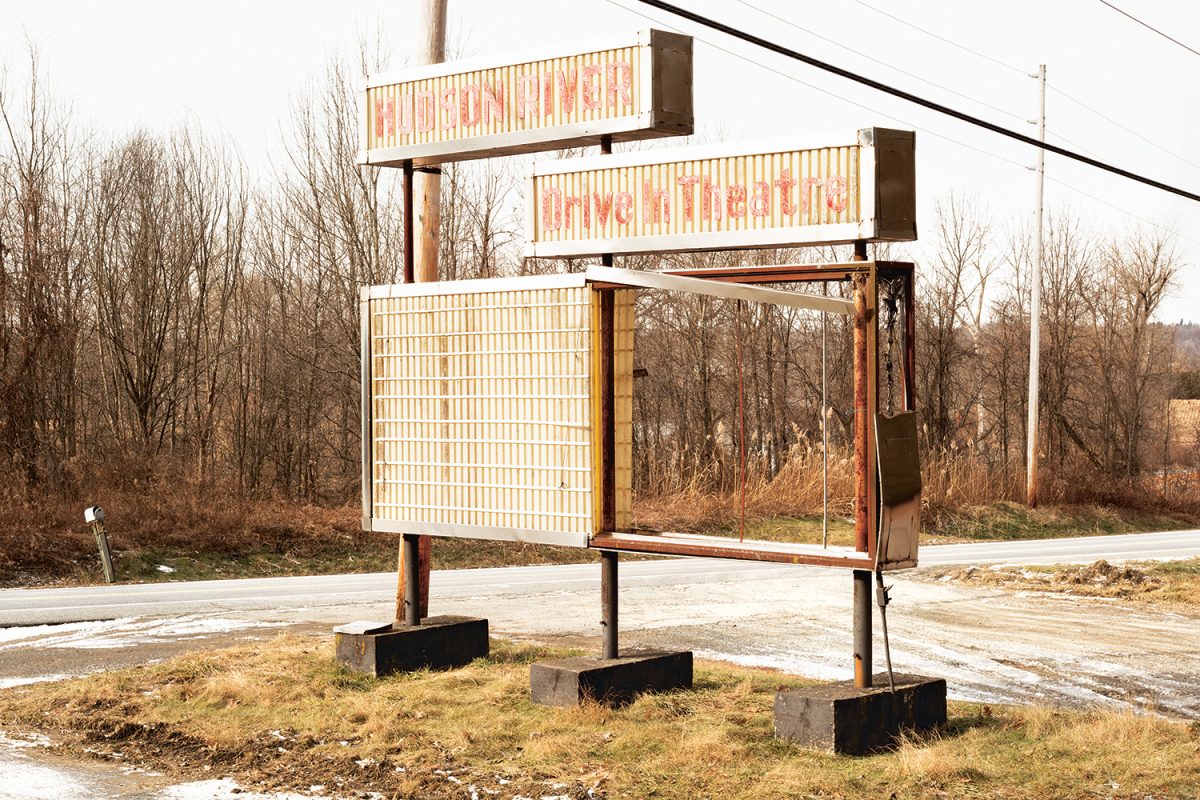 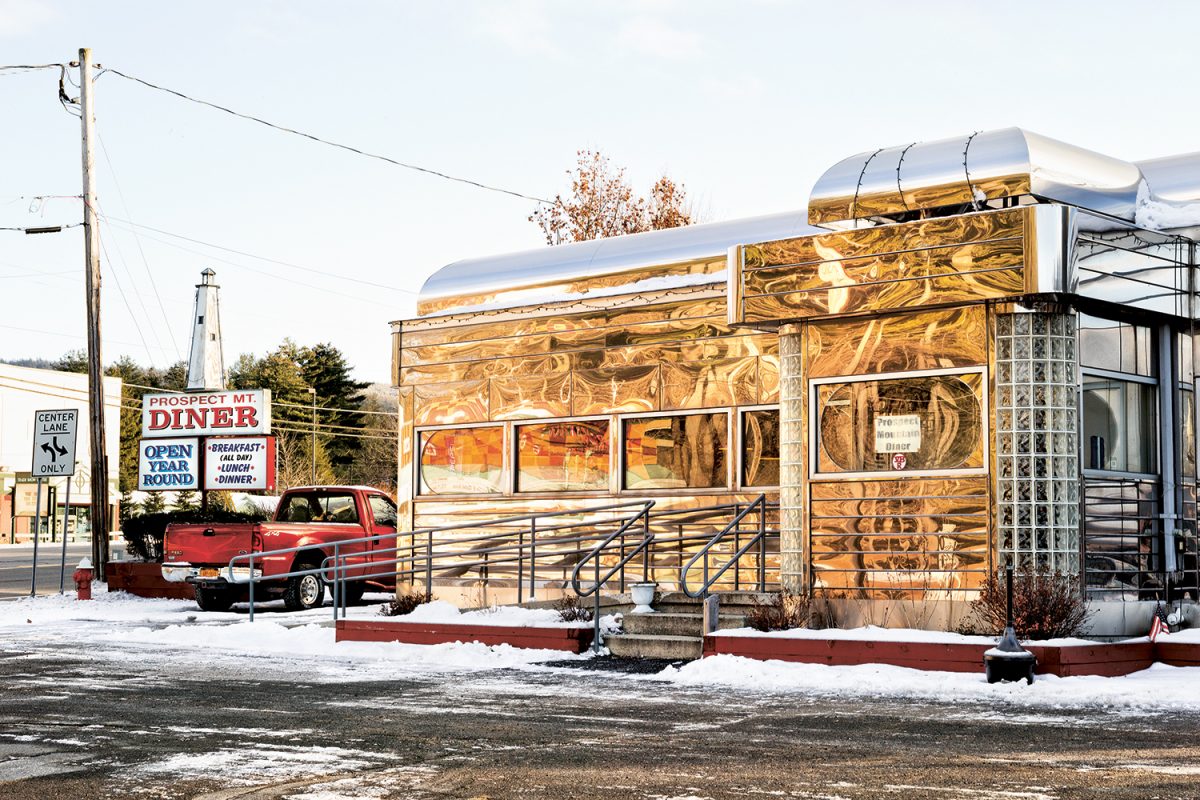 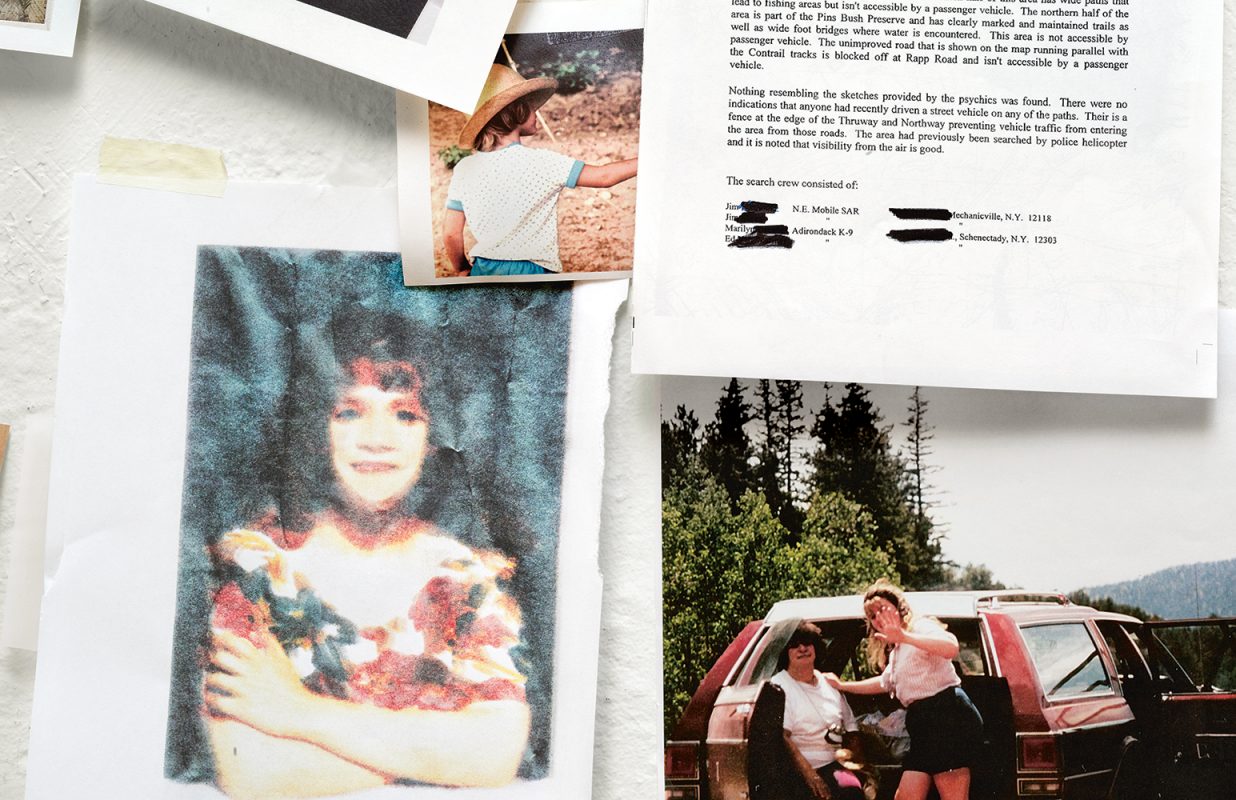 Out of the Blue

In the UK around 250,000 people are reported missing every year. Of these at least 16,000 are unaccounted for after 12 months. For the families of the missing, the experience is conflicted and painful. Missing people leave a gap that is filled with shock, pain, grief and, above all, hope. In describing the experience, Andrew O’Hagan, in his haunting book The Missing writes, “The space they occupy lies somewhere between what we know about the ways of being alive and what we hear about the ways of being dead . . . The person missing cannot be brought into focus.” He goes on to suggest that the most awful outcome is that the missing person is found dead, “the dark, worst, last thing” that means the end of hope.

With over 13 million CCTV cameras tracking UK movements alone, and increasingly networked data across bank accounts, passports, national insurance numbers and social media, it seems almost impossible to be missing and alive. Coupled with the grisly realism of television and film police dramas it means that the unthinkable is an ever-present reality for the families of the long-term disappeared.

Artist Virginie Rebetez’s projects are concerned with this space and, in particular, how a material identity can be created for someone who has become invisible. Her most recent work Out of the Blue, now released as a publication by Meta/Books focuses on the unsolved disappearance of Suzanne Gloria Lyall.

On March 2nd 1998, Lyall stepped off a bus after work and began her walk to her campus dormitory room at the State University of New York (SUNY). This was the last time she was seen. Fascinated by the Lyall case, Rebetez made contact with the parents, who even after eighteen years, have never lost hope of locating their daughter. The relationship between Rebetez and the Lyall family was immediately empathic and the family shared any evidence they possessed. These remaining, tangible scraps of photographs and papers are now worn and tattered through handling. Some testimonies – albeit unofficial – from psychics professing to know her whereabouts have also been saved by the family. Aged only 19 when she disappeared, Suzanne Lyall’s face has also been age progressed into an approximation of what she might look like now. Commissioned by Rebetez from a forensic artist, these latter images are perhaps the most uncanny in their attempt to give a present materiality to Suzanne. Set against the family’s memory of Suzanne, which is necessarily rooted in 1998, these are unsettling and sad images to see.

Rebetez brings these last tangible things relating to Suzanne’s life together in her layered and complex book with the Dutch editor Delphine Bedel. The book is presented in three parts: a text booklet includes essays, a key to the images with detailed captions and reproductions of a selection of psychic predictions; the commissioned, aged-progressed posters are inserted and the book itself that includes photographs of ephemera, Suzanne’s parents and various related topographical views.

Greg Hobson: I’d like to know about how you found out about this case and whet attracted you to it specifically (as opposed to the many disappearance and abduction cases)?

Virginie Rebetez: In all my projects I’m interested in the invisible, in traces left after a death or an absence, in the space created by loss, in unfinished or unresolved stories. When a person dies or goes missing, this absence leaves a space. All my work is about that space; I try to understand and immerse myself into that territory. I’m fascinated by our need as humans for physicality, in order to get closure. I can say, in a way, that I use photography to give matter to this space created by absence – trying to give a form, a shape, to what is not there anymore.

During my artist residency in New York in 2014, I decided to work on stories of missing persons, so I started to make a selection of different cases based on the location and the number of years of disappearance. I wanted to meet the families, so I chose locations reachable by car inside the NY State. Also, it was important for me that it was a more than 10 years case because I didn’t want to meet the family just after the disappearance of their children. It was important that some time passed. The first family I contacted was the Lyall’s. Since the disappearance of their daughter in 1998, Mary and Doug Lyall never stopped looking for Suzanne and for answers. They are really amazing people! Unfortunately, Suzanne’s father passed away last year. In 2001, they created ‘The Center for Hope’, where they provide assistance to others with similar loss. They connect people in working closely with the police and different missing people related organisations. Since they were very active in the search for their daughter and involved in several groups helping families of missing kids, they are used to speaking about their story and open to sharing their feelings. When we met for the first time in 2014, I knew straight away that I wanted to work on Suzanne’s story. I had the click and felt connected. Their story touched me a lot, we got along very well and the material related to the 18 years of investigation was incredible. Also, Suzanne is one year older than me.

It is actually the first time I’m working on one specific story. In my previous projects, the characters are rarely shown and usually anonymous…

GH: How did you get access to the material – in particular the spiritualists’ notes and predictions?

VR: All the material came from Suzanne’s parents. Since 1998, they were in contact with more than 75 psychics. In the book, the psychics’ material is only a small selection of the total amount. The parents kept all of it, printed it, photocopied it, annotated it, re-transcribed it. I was very interested in the fact that these are not originals and keep on being reprinted, recopied and so on…Many layers are added throughout the years. Some information is added while other parts are erased.

GH: What is missing, for example, are witness statements. Why did you exclude these?

VR: There is no access to the police files, because it’s still an open case, so the police are not allowed to show or speak about the case publicly. The material I have only comes from the family, even though it includes some police material such as the images of the first helicopter search in 1998 or some correspondence introducing psychics to the family, for instance. My focus was not on the police investigation aspect per se but I was really more interested in the different purposes of the images, how they were used, depending on all the different people involved in the case – press, police, family, psychics etc.

All this various material is combined and re-organised in order to bring another angle to the story, another context, all the while offering a reflection on the photographic medium and the different status of the image. In the book, it’s curious to see how the images connect with each other and thus forge new links and new interpretations. The status of each image and document is constantly shifting and offering new meaning and new context.

The project plays with the notion of visible and off-camera, the front and the back. The idea of touch, repetition, endlessness and materiality is also very present in the haptic qualities of the book.

GH: What is the significance of the photographs of the various collections of material relating to Suzanne – are these as you found them or have you placed them in that way?

VR: These ‘wall images’ are made in my studio, in Lausanne. During the 2 years I worked on the project, I produced a lot of images and collected a lot of different material, which I started to play with (reprinting it, altering it…) on my studio wall. When we started to work on the edit of the book in my studio, we decided to include the wall in the book. Each ‘wall image’ now becomes one image, where my own photographs, family archive material, as well as altered archive, can meet and speak to each other. It creates another layer, another context for these images. Also, a new voice is added to the story – mine.

In the book, the narrative aspect is punctuated by an alternation of my own full-page images and the ‘wall images’. In a manner similar to the traditional police wall, the studio wall can be seen as my own artist research wall, the investigative nature of which is obviously not the same. These ‘wall images’ align the book with the idea of endless search, where the narrative is made in a sort of circle, as some images reappear and recirculate several times in the book – whether they are printed, cropped or sized differently. This movement of back and forth is really manifest in the book form of the project in particular.

GH: Are the location photographs from the same places and time of year of Suzanne’s disappearance?

VR: I decided to photograph locations to elaborate on this idea of movement, of wandering and to show the area Suzanne Lyall comes from. Throughout the book, you have this feeling of cinematographic travelling, without a real beginning or end. The landscapes also bring some breaks in the rhythm of the book. They are made in various locations, more or less near to where Suzanne disappeared. You can notice their captions are very vague (“Upstate NY, 2014”), because they are not necessarily locations relevant to the disappearance of Suzanne.

GH: Did Suzanne’s parents collaborate with you willingly?

VR: As I said before, they are really open and warm people and they are also incredibly involved in other missing children cases so they are well-versed and of course open about discussing their story to the press etc.

Even if my project doesn’t take place in a documentary or journalistic mode, they are happy that their story is shared and spoken about. Throughout the whole process of developing this work, I always tried to update the family and show them my progress and where I wanted to go with it. Just a few weeks ago before going to press, I showed to Mary Lyall, Suzanne’s mother, the final version of the book and she was so very enthusiastic and emotional about it. That means a lot for me. ♦

All images courtesy of the artist. © Virginie Rebetez

—
Greg Hobson is the former Curator of Photographs at the National Media Museum, Bradford. Recent exhibition projects include William Henry Fox Talbot: Dawn of the Photograph (2016), Revelations: Experiments in Photography (2015), and Joan Fontcuberta: Stranger than Fiction (2014), all of which showed at Media Space, London and the National Media Museum in Bradford. He is currently working on new photography projects as a freelance curator and arts advisor.