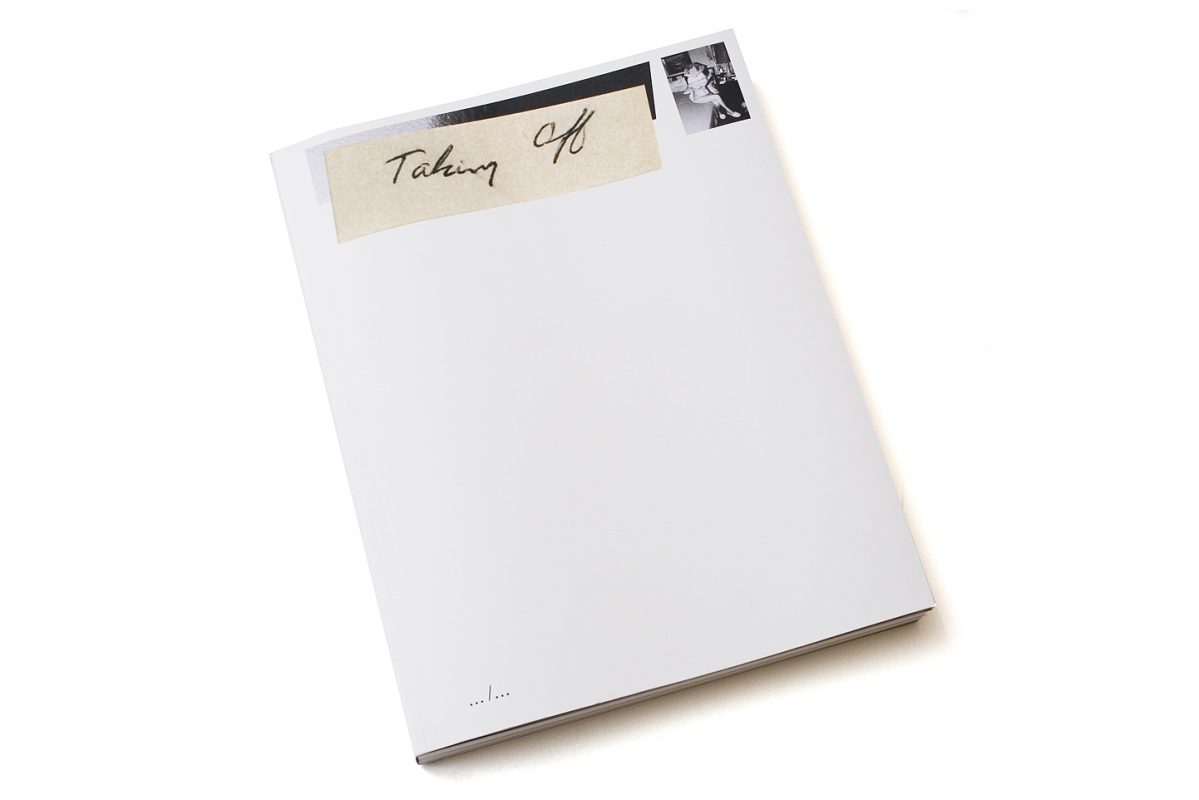 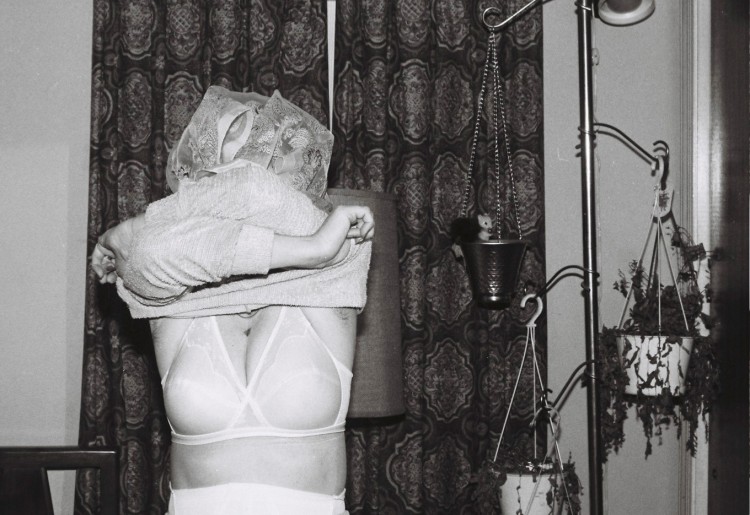 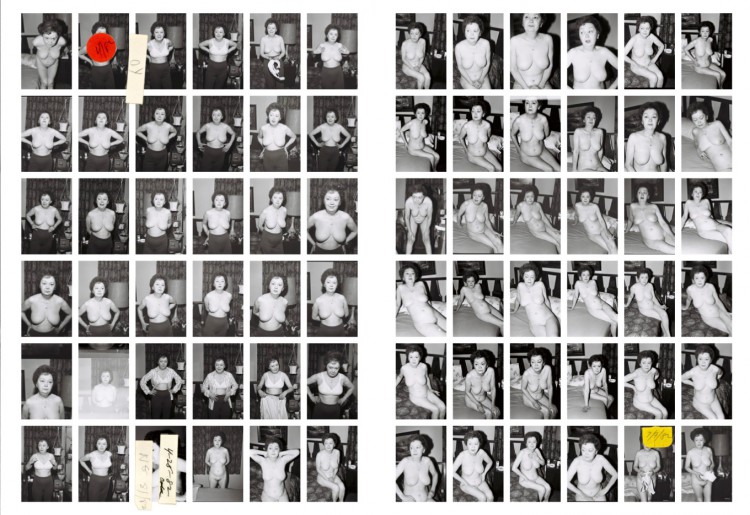 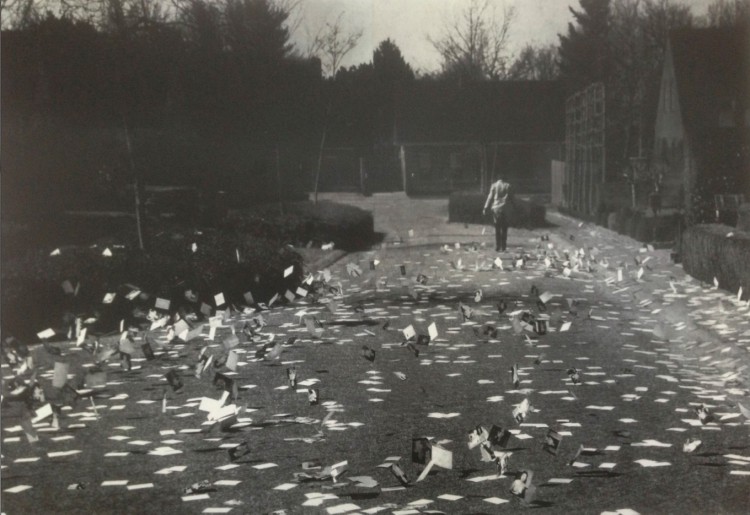 Taking Off. Henry My Neighbor

Mariken Wessels’ new book Taking Off. Henry My Neighbor from APE Editions weaves a semi-plausible tale of husband and wife, a failed marriage, sexual frustration and voyeurism told through an archive of photographs, collage and sculpture.

Henry, an amateur artist, photographed his spouse and muse Martha in various states of undress, amassing more than 5,500 photographs, which he carefully catalogued, labelled, notated and cross-indexed. Feeling shame and regret over the pictures, Martha eventually worked up the courage to destroy many of the prints and leave the relationship. After the failure of the marriage, Henry became a recluse, piecing together what was left of his repository into collages used as sketches for clay models he in turn sculpted. Eventually Henry retreated from art and life altogether, disappearing into the wooded areas of Northwestern New Jersey never to be heard from again.

Wessels ‘translates’ the archive and other unconnected material into a retelling of events, which, as she states, “contains constructed elements, since no collection of facts can ever be a story in itself.”

The images we encounter first, inherently refer to the medium’s ‘cheesecake’ photographs and camera clubs which portray nude models quite explicitly and tried to hide their lusty gaze under the term of ‘figure studies.’ Presented in Wessels’ book as grids like contact sheets, they describe an obsessive taxonomy with little variation between frame composition, situation, or rolls of film – duplicating the wife into thousands of prints. The feeling of detachment, as if a stranger made them, is compounded by his labels and notes on which are written descriptions of basic poses; Kneeling, Bust together, Standing forward, Taking off.

In the book’s second chapter, Martha has left and we are faced with a collection of forty-six collages made by Henry from the remnants of material. Here Martha’s image is diced and spliced into wild compositions that veer quickly into the grotesque. Martha is surreally transformed into folds of thighs and breasts, mounds of flesh and patterns of the bedsheets. The work appears disturbed and controlling, angry even, as do their titles: Double belly knees up; Wrap Kneeling X; Triangle Busts XX; Hang Squeeze Busts; Bra Special X.

This sensation is offset once one sees the subsequent clay models attributed to Henry. They strip away the collage into cleaner forms – white and pure. Odd but somehow delicate and feeling elegantly constructed from a surprisingly loving hand, they complicate our former feelings towards Henry’s implied behaviour. Lastly, we encounter Henry’s withdrawal from society through a series of animal hunting traps attributed to his making that were found and photographed near Henry’s last known home, a self built cabin in New Jersey.

Taking Off. Henry My Neighbor adequately serves as a ‘catalogue raisonne’ of sorts of Henry’s artistic pursuit. His photography eventually cost him his muse and normalcy of life but the sculptures hint at something else – a creative vision that few would mistake for madness.

All images courtesy of the artist. © Mariken Wessels