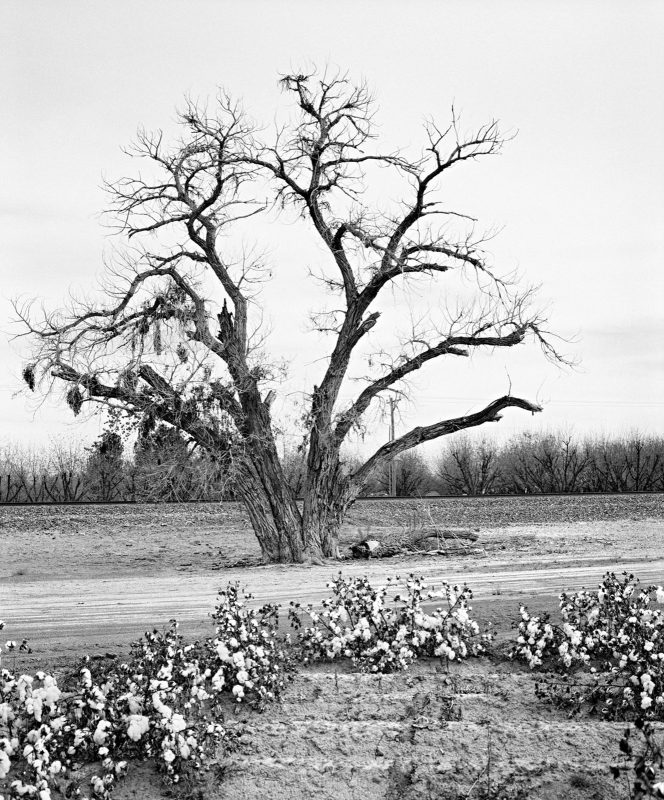 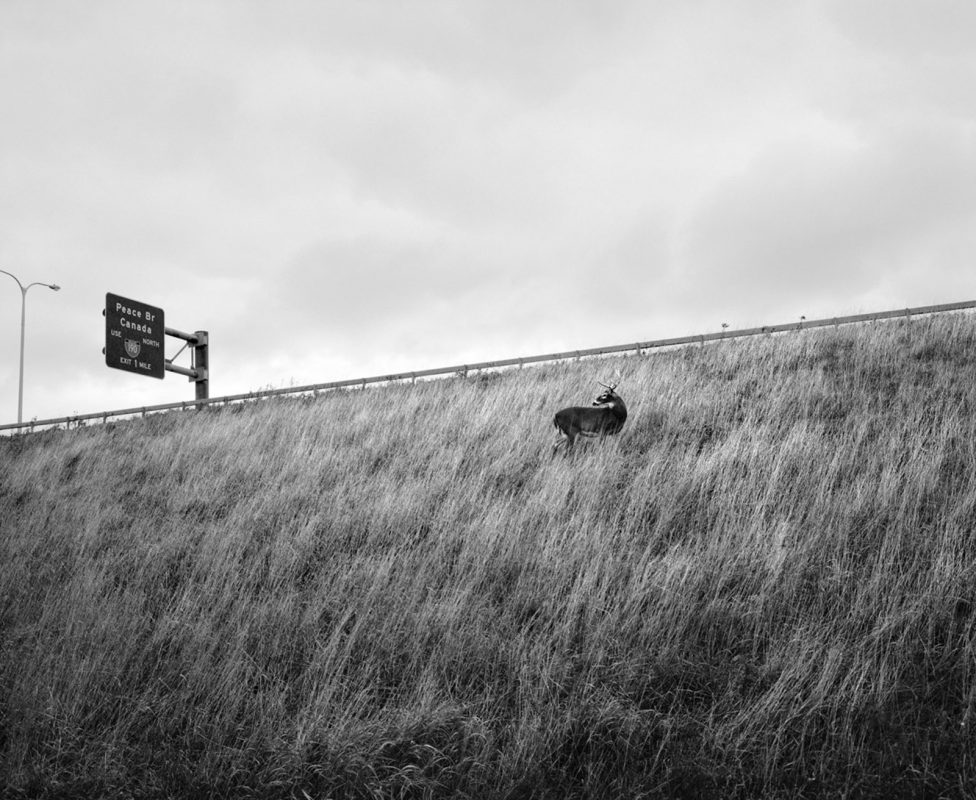 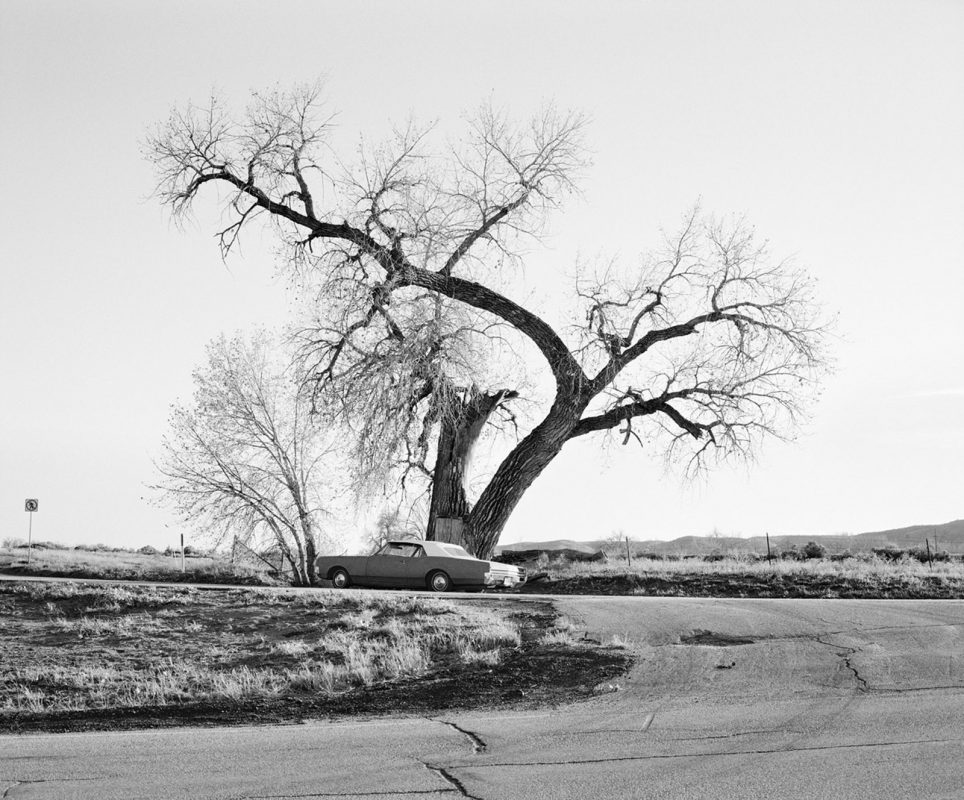 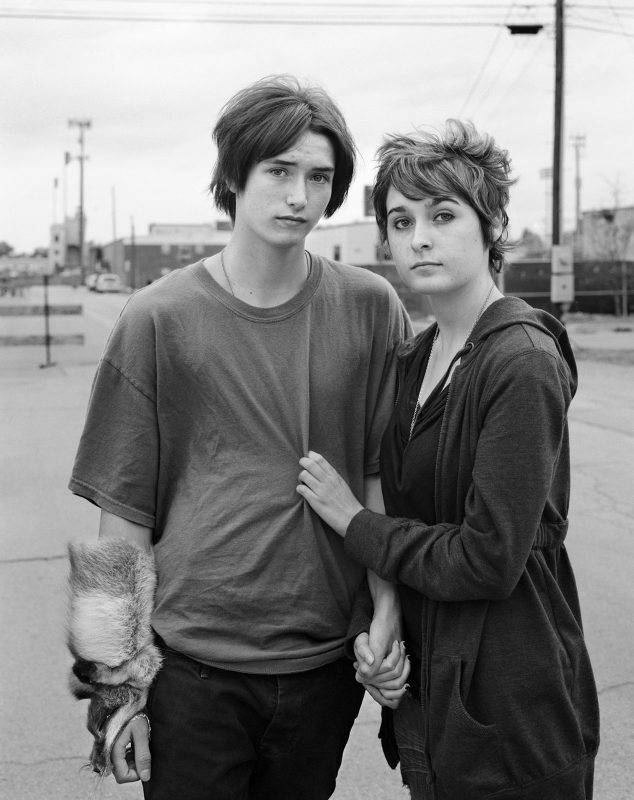 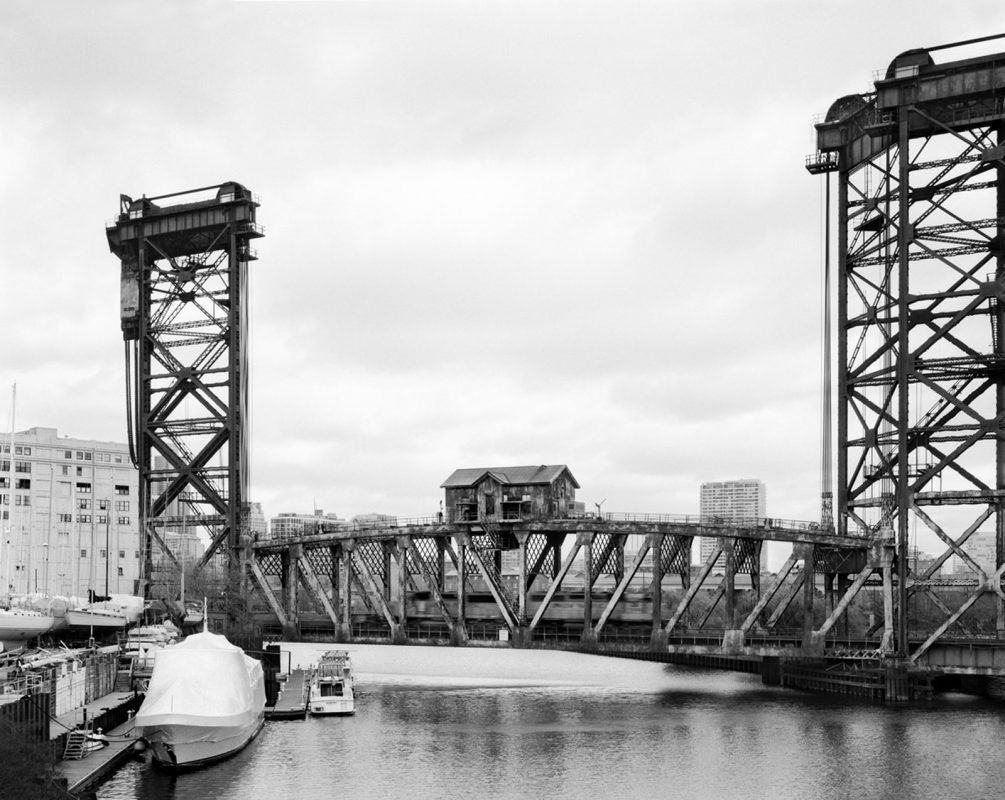 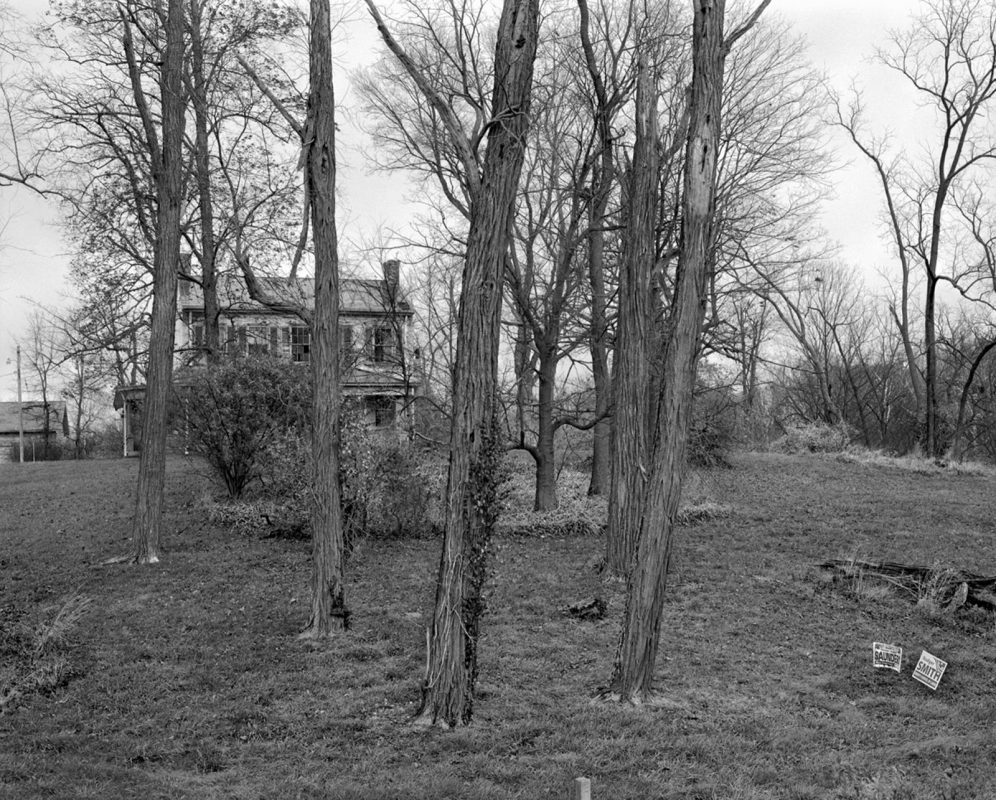 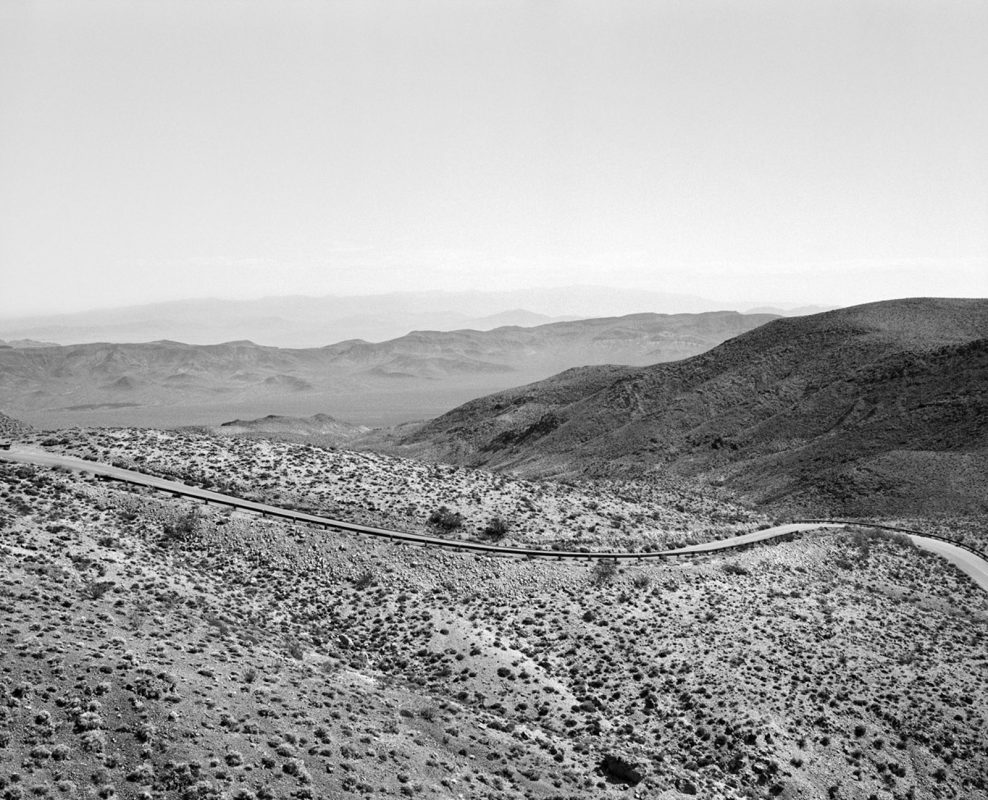 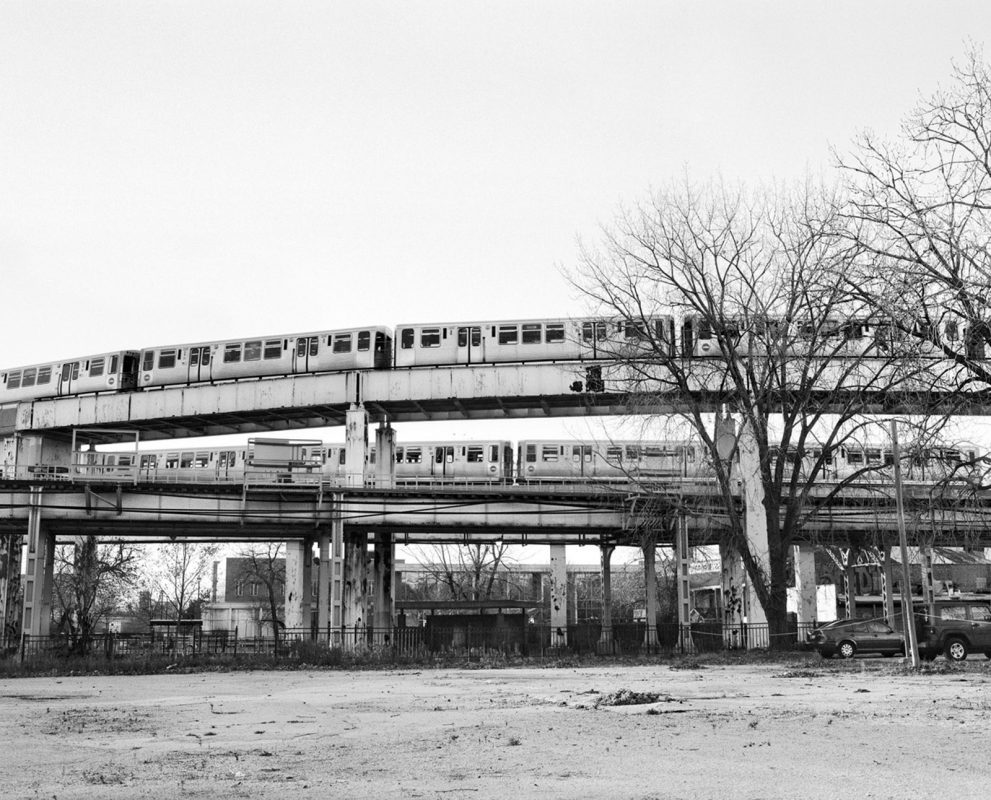 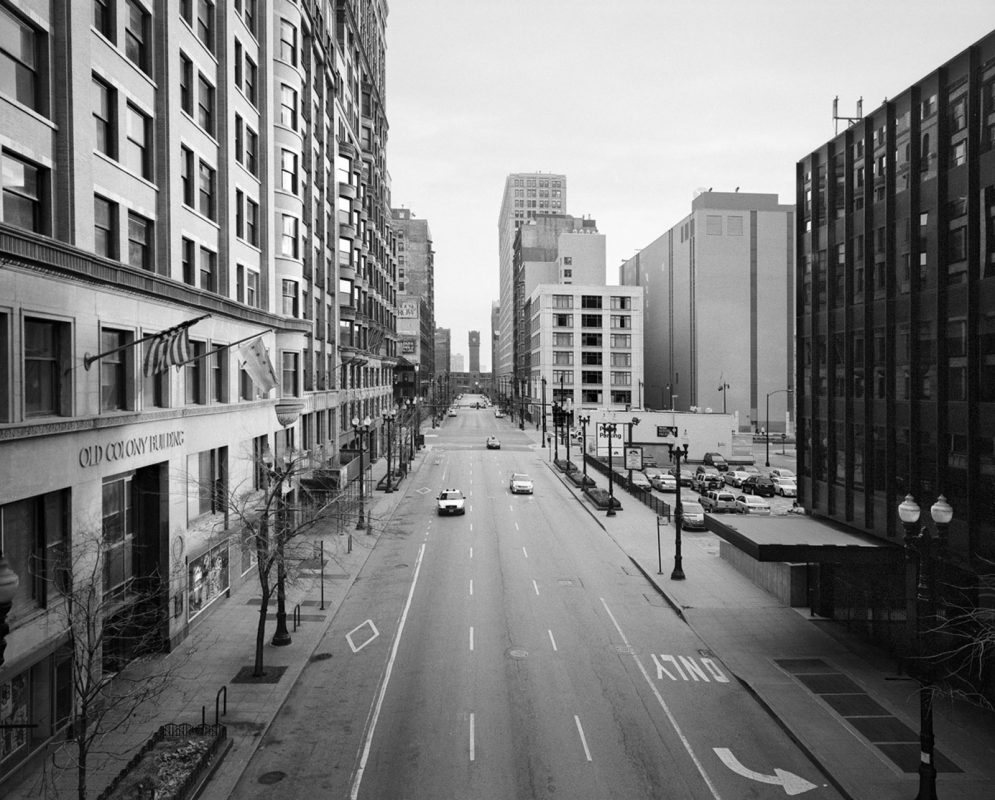 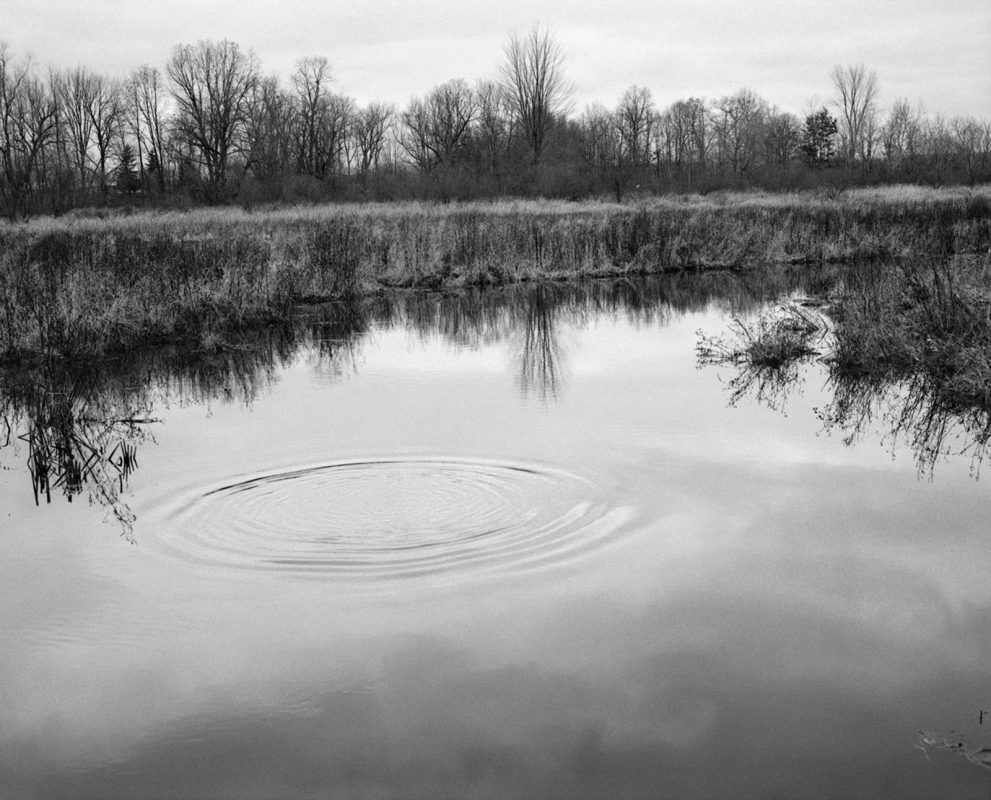 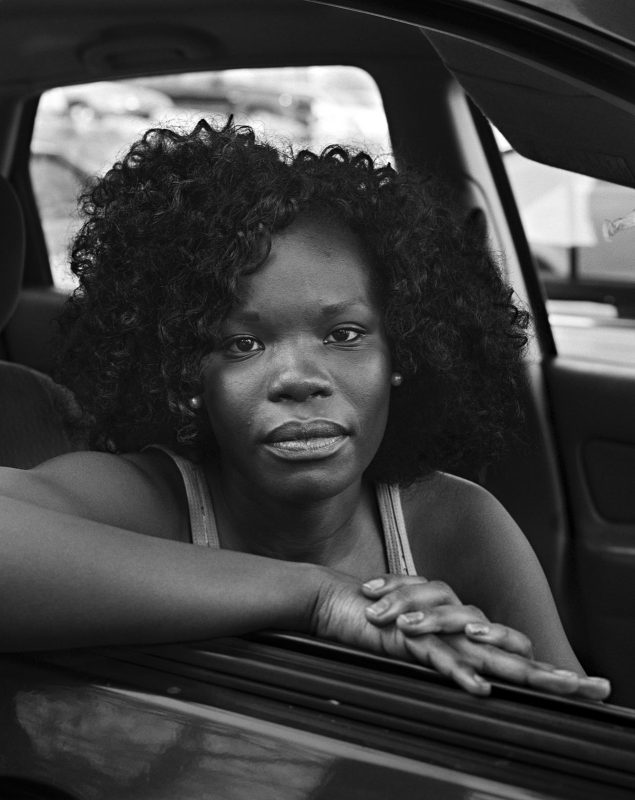 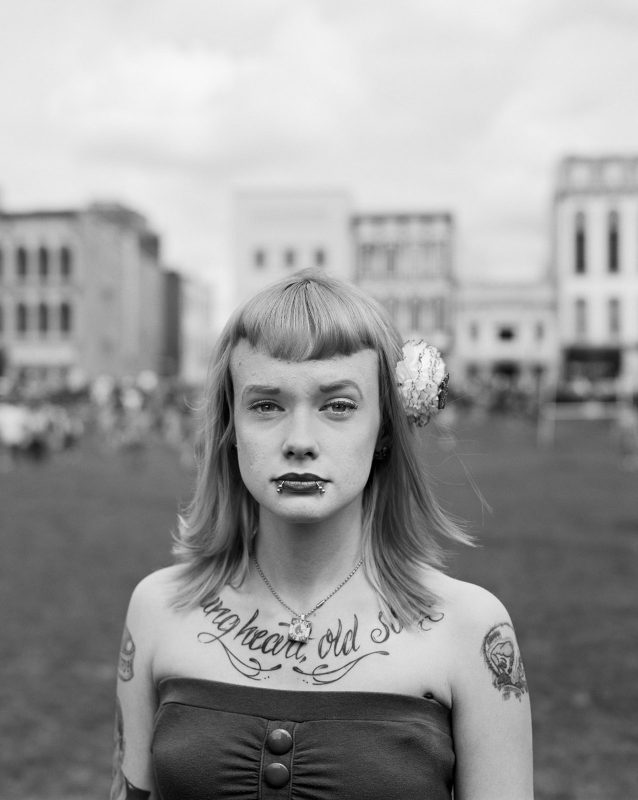 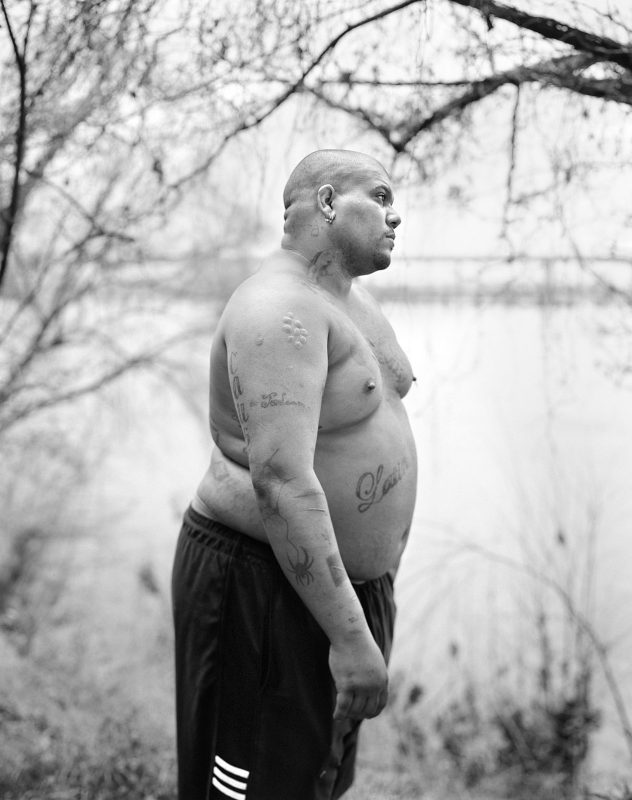 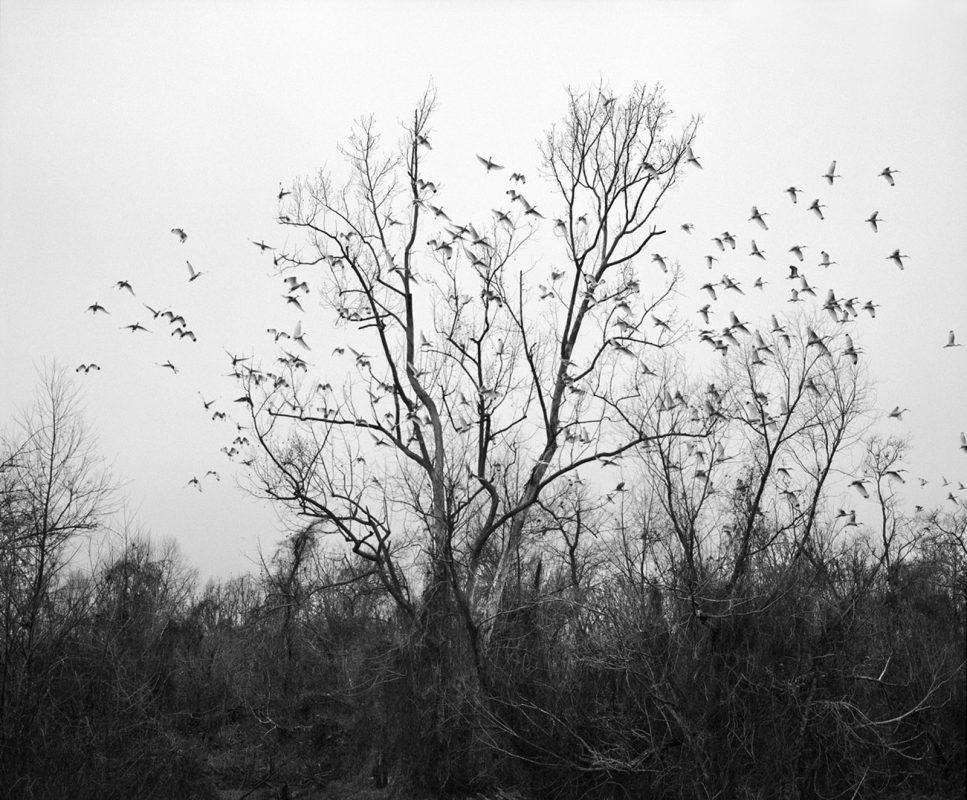 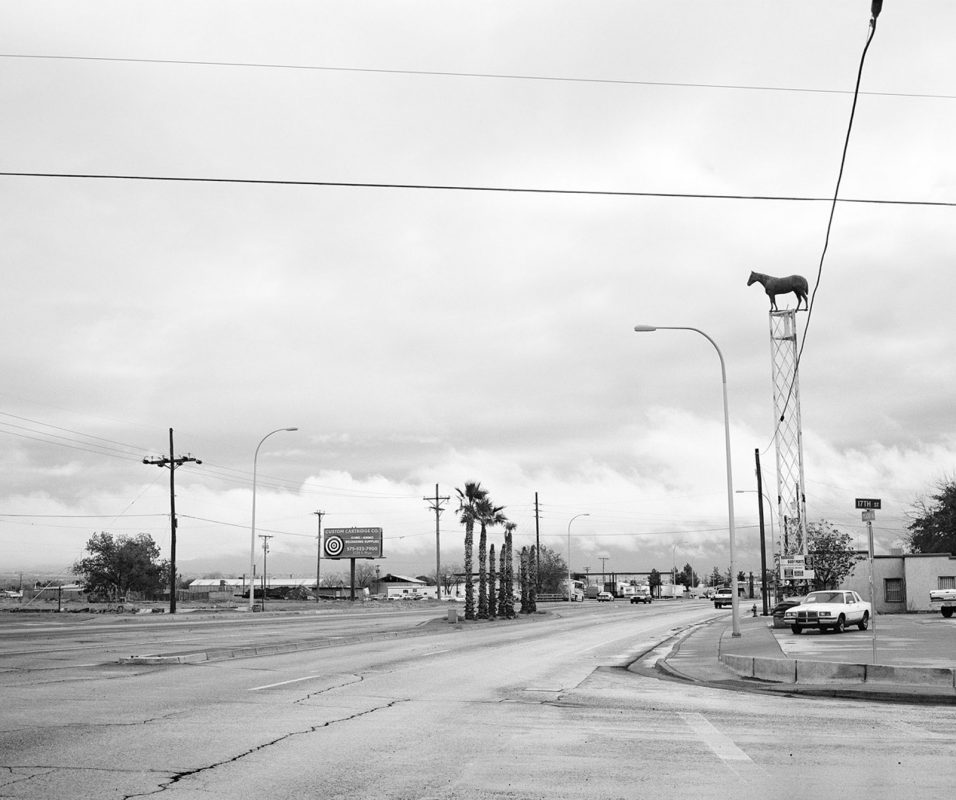 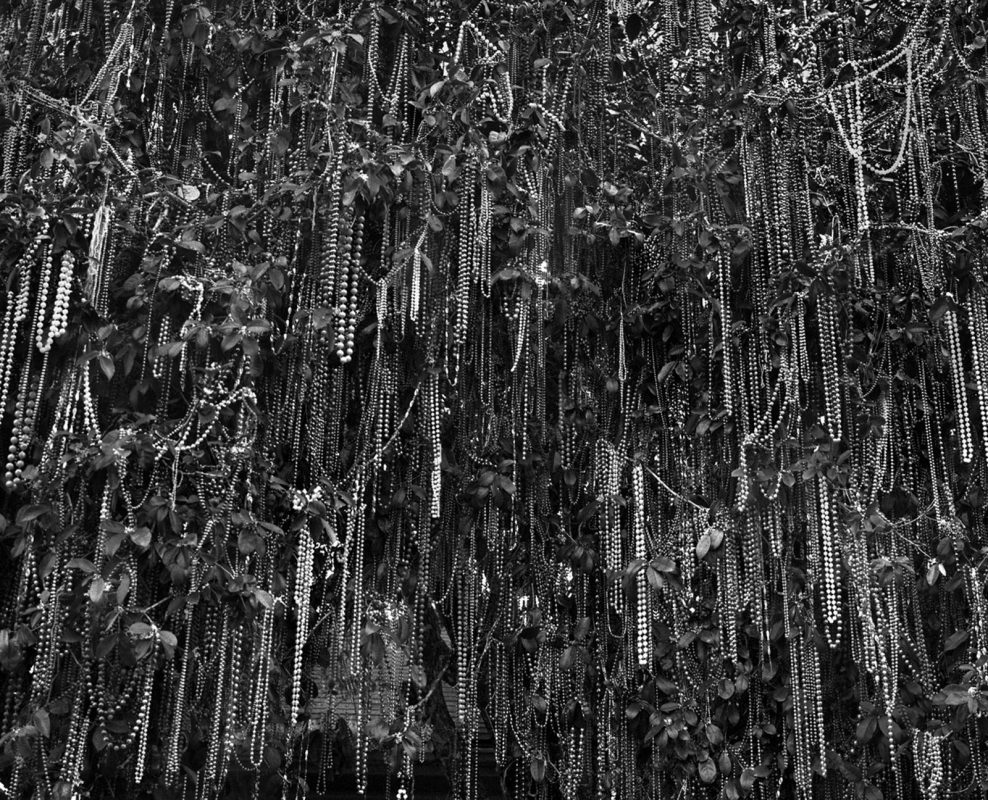 she dances on Jackson

It is almost obvious that there is something paradoxical about photography. For the protagonists who creatively practice this medium it can be a perpetual search for meaning in their lives, a way to try to understand one’s reality in the obscure mist of attempting to solidify one’s identity while simultaneously constructing it.

The analogy of the road trip to the road trip of life derives from the literature of the epic poetry of Homer’s The Odyssey to the modest tales of Thomas De Quincey, the spontaneity of Jack Kerouac through to the disinterested orbital trajectory of Iain Sinclair. With the relatively new medium of photography the lineage of the road trip in the US is well versed and extends from the likes of Walker Evans, Robert Frank, Alec Soth and now, temporarily rests with Vanessa Winship. Like Frank, Vanessa Winship is a foreigner, an English outsider inside. But unlike Frank, her work is not really an attempt to understand her relationship to America but rather an attempt towards the self-consciously impossible task of connecting with that society’s youth by simply showing, with little overt regard to rhetoric. Comparisons in her quiet technique are justifiably aligned to August Sander, who, by, attentive observation was able to extract meaning from simple description by allowing the sitter to find his or her own pose. Sander, in a manner similar to Winship, is little concerned with the projection of ego but rather with giving the space to allow the audience to project onto the portrait.

The unexpected is what makes life interesting. Serendipity triumphs. The photographer, like any creative, has to be alert to the unexpected and appreciate it. As Henri Cartier-Bresson once observed, you make your own luck, and be attentive to it. The French Situationists would traverse the city with a derive attitude, this is to say that they enter the city blind, following the contours and feeling their way through. With Winship’s photographs we comprehend that sense that she knows where she is going yet does not know what will happen when she gets there. She follows the unpredictability of the unbeaten path and finds metaphors waiting to be realised and fixed. An empty heart in a field, an improvised totem of unoccupied shoes hanging on a dead tree, a nervous deer precariously near a highway, ‘cautioned’ tape caught up in some trees and ‘Glitter & Glamour’ in a desolate urban landscape.

Vanessa Winship suffered a personal loss during the process of making this book with MACK. That a literal death occurred in her family is not obvious in her work and too much can be said of this. As an artist Winship was already on the path of understanding that photography has a particularly unique correlation with loss. The tragedy of loss is already a given and there is no need to amplify this as it gently rests inside and outside of the photographs. Though like a ripple effect her work resonates with a sense of longing, unimpeded by her sensitivity and humanity and thus embedded in the fabric of her subjects via the complicit contract between the photographer and the sitter. In the true sense of the word, those photographed act as mirrors to what Winship seeks. In describing she inadvertently imbues herself. The ability to work during a period of mourning is incredibly difficult and yet the attentiveness to the nuances of life is greatly heightened, the slightest moment and movement is intensified as the rawness of reality seeps into the purpose built bubble we usually occupy.

Our culture is a ‘Like’ culture, we press the key and the thumb goes up – it is becoming too difficult to disagree. Current creative photographic practices appear to be trundling down the path of gimmicks, gothic and retrospective, employing quasi-conceptual and aesthetic bells and whistles in attempts to be noticed. A distressed image is suddenly relevant by virtue of its effect yet invariably it carries little weight. Sterile installations, loaded with reels of theory, stand as puerile window displays. Fashion, never really sustains itself for very long; it is fleeting and invariably superficial, yet the impression is that people are impressed.

By contrast the timeless quality of she dances on Jackson is distilled and silent. Winship’s photography sits within the tradition of the descriptive documentary photography genre. In terms of technique it offers nothing new. There are no illusions of grandeur in this work, only a carefully crafted simplicity to show without filters or distraction a point of view that is relevant. This is less a work of look at me and more a work of look at you and look at this. Despite the t-shirts, tattoos and uniforms there is little in terms of signage to anchor the photographs to a contemporary America. The focus is set on the isolation of youth, already world weary, having been bombarded by all they should have but can never have, and in anticipating a future struggle to maintain a steady course.

The title lends itself to the author; to dance is to poetically manoeuvre yourself through life and embrace the verve. The mild-mannered lyricism of this work is evident as is Winship’s intention to dance to her own tune. ♦

All images courtesy of the artist. © Vanessa Winship

—
Michael Grieve is a photographer represented by Agence VU’. He also writes regularly for the British Journal of Photography and is creative director of the newly formed Berlin Foto Kiez.