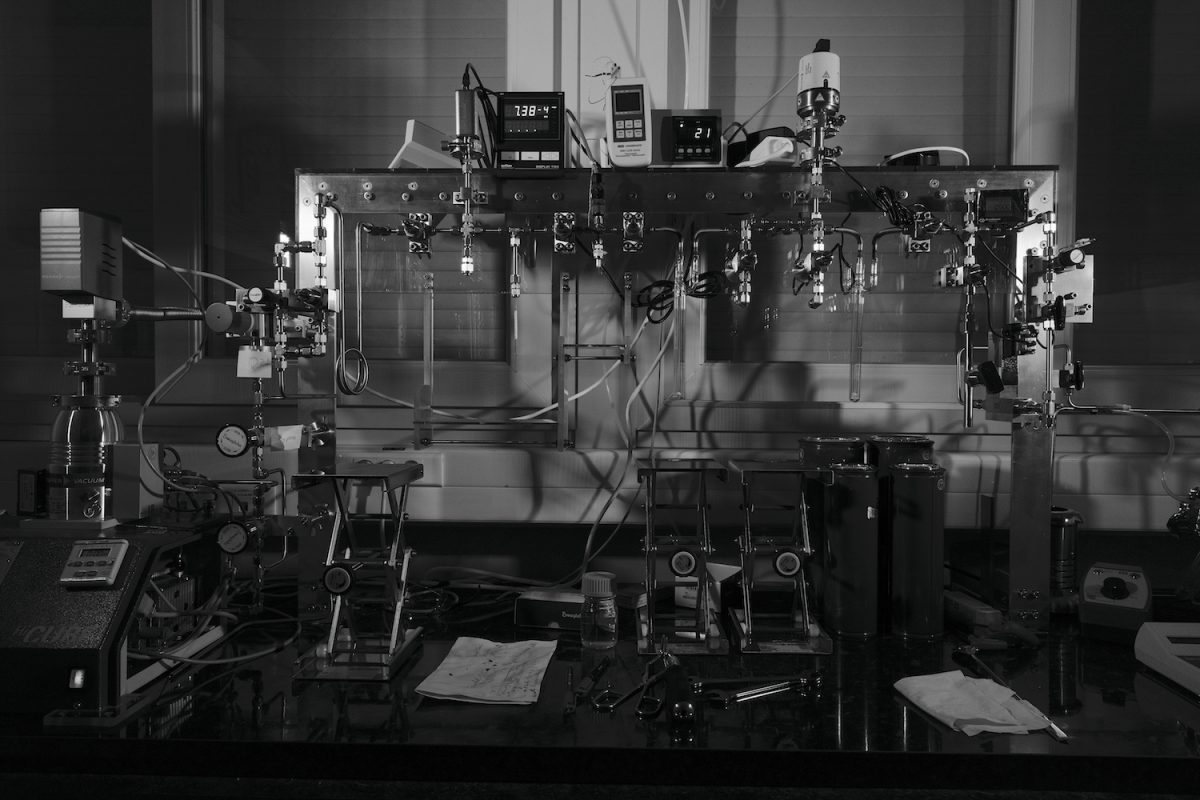 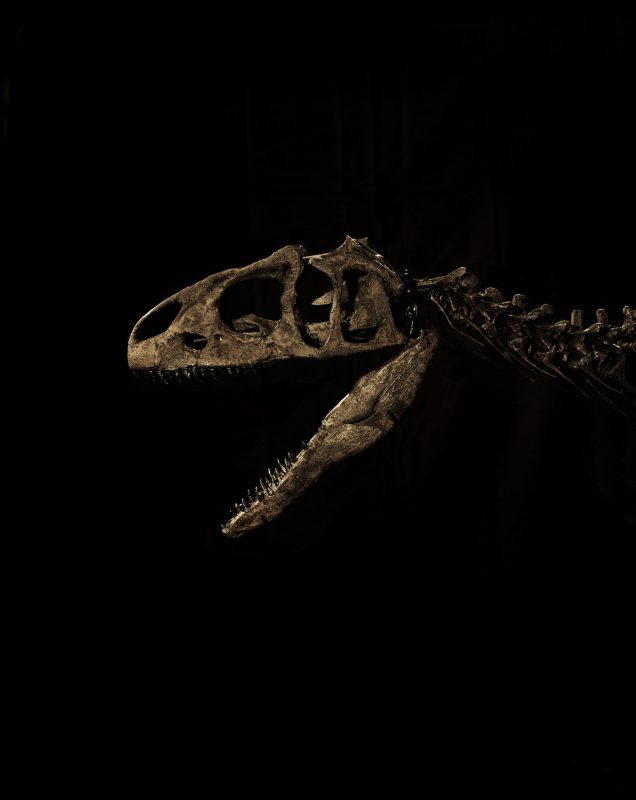 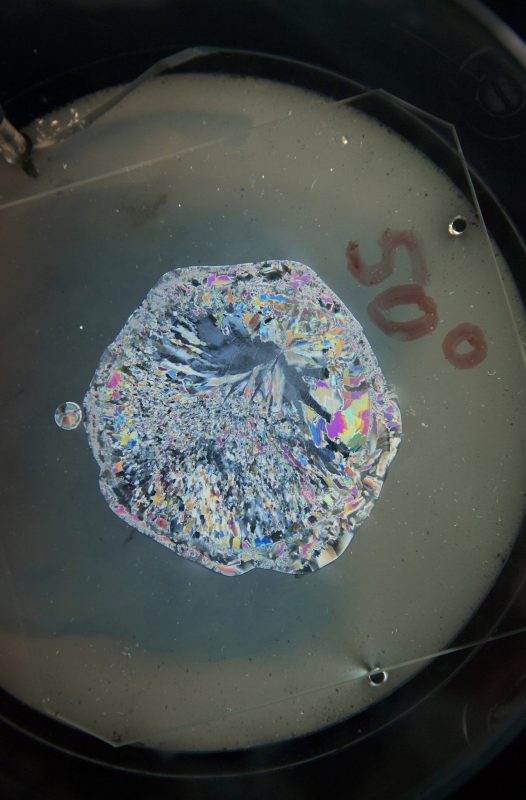 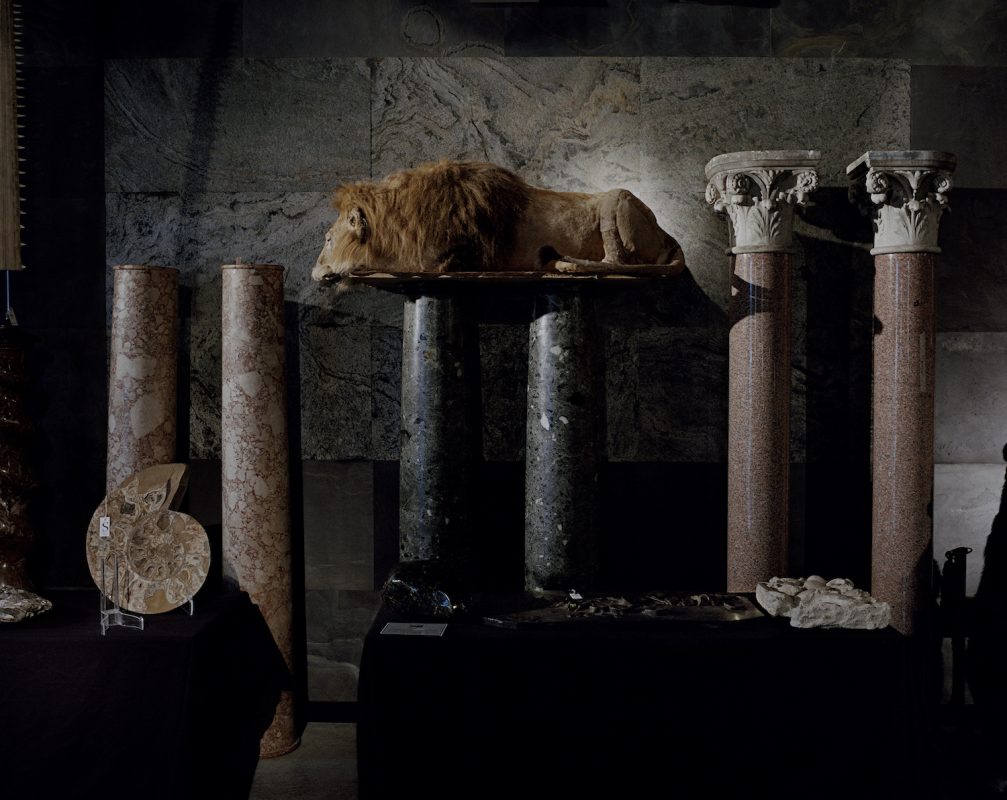 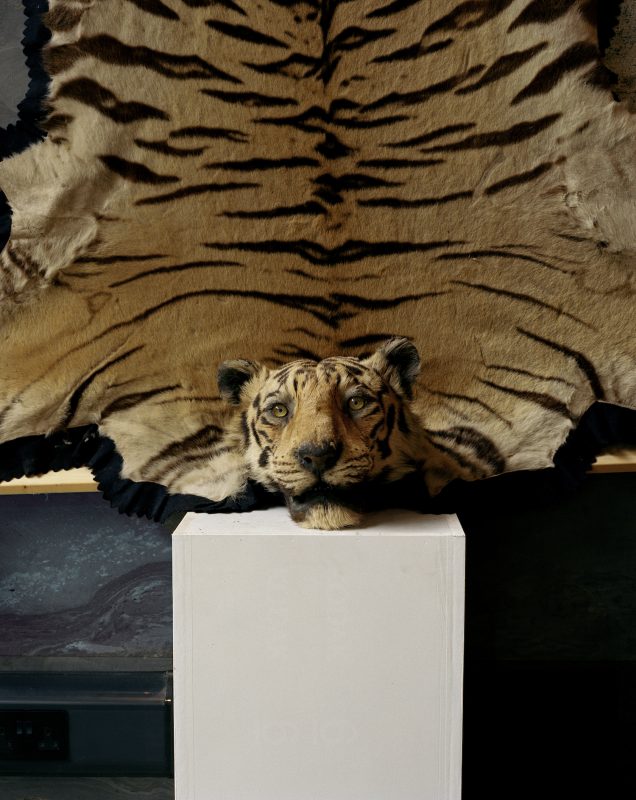 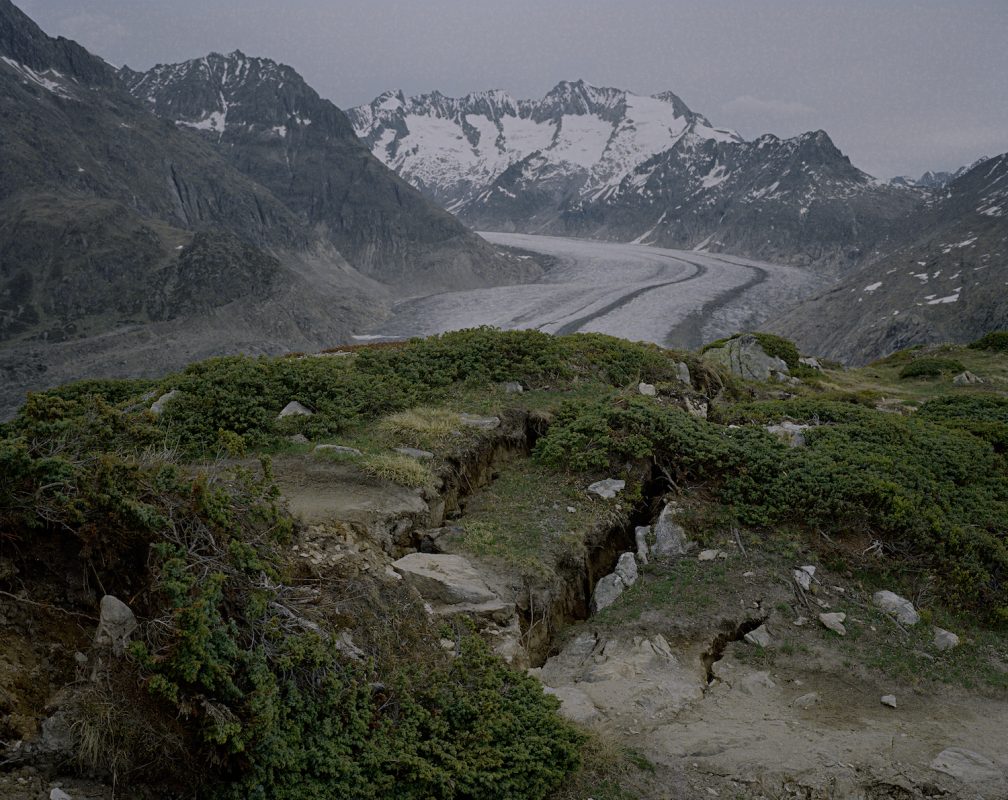 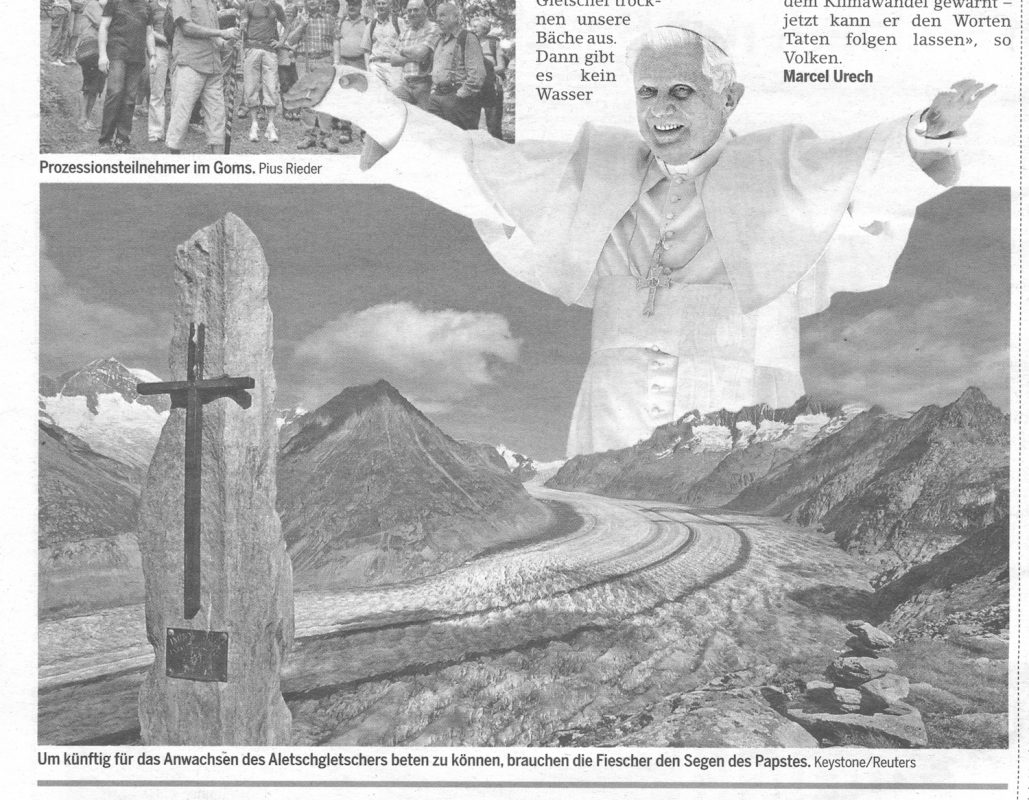 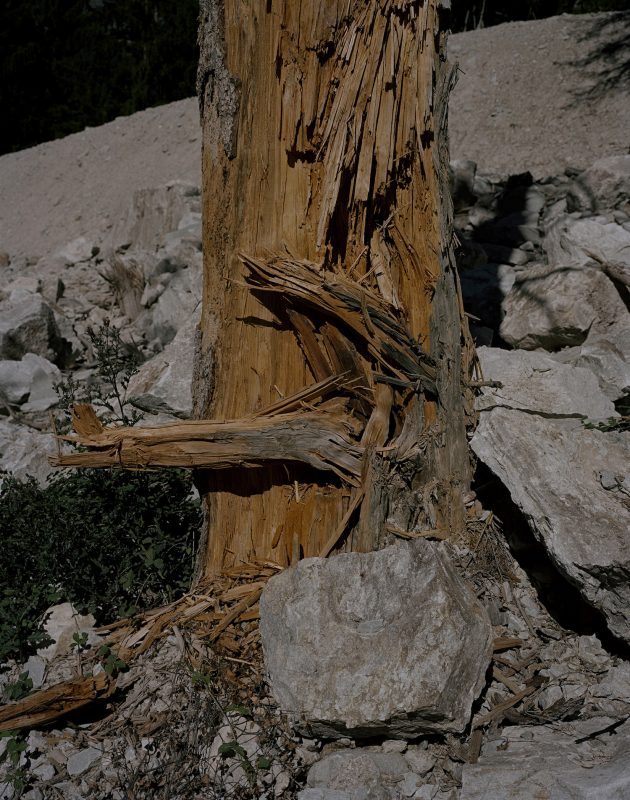 Everything is up in the air, thus our vertigo

The long-term project Everything is up in the air, thus our vertigo was created between 2015 and 2018 by Yann Mingard, showcasing the Swiss photographer’s career-long interest in creating an artistic diagnostic of the present in connection to histories of large-scale natural, technological and social phenomena, by looking at their impact on our current state of mind and on the world at large. As Mingard himself states: ‘The beginnings of photography coincided approximately with those of the introduction of the steam locomotive – a decisive moment in the early stages of the Industrial Revolution. Everything has accelerated and exploded exponentially over the last 180 years since then. Scientists say that the force that shapes the earth most today is that of humanity. Today, humanity moves more sediment and rocks through mining and other extraction activities than all rivers on the planet taken together! Referring to a kind of “monster” that we have created, the philosopher and sociologist of science Bruno Latour wonders whether it is better to abandon it, or to fully adopt and really take care of it. We find ourselves at the tipping point of a highly critical era.’

In this instance, Mingard, who also has a back­ground in horticulture, has created a body of work that has been inspired by notions of, and methods borrowed from, geology that deals with space and time, such as sedimentation and strata. Within eight distinct yet interconnected chapters, it activates sometimes para­doxical and sometimes dystopian metaphors and contexts that manage to combine phenomena from various temporalities, thereby teleporting us between our shared instant of now, various critical moments and geographies of modernity and our pre-historic past.

A main point of reference and departure for Mingard was Frankenstein, or The Modern Prometheus, an important precursor of the science fiction genre written by Mary Shelley, published anonymously on January 1, 1818. The story relates the creation by a young Swiss scientist with a fascination for alchemy, Victor Frankenstein, of a living being assembled with parts of dead flesh. Horrified by the hideous aspect of the being to whom he gave life, Frankenstein abandons – in the words of Bruno Latour – his“monster”. But, as the story goes, the latter, endowed with intelligence, in turn takes revenge having been rejected by its creator and persecuted by society. The novel was written during a stay in Geneva, Switzerland, in the summer of 1816, when a group of young Romantics – tormented by the bad weather of the “Year Without a Summer” caused by a volcanic eruption – entered a horror story-writing competition, among them Mary Shelley, her future husband Percy Bysshe Shelley and their friend Lord Byron. The novel touches and reflects upon themes of modernity, progression and scientific rationality – and, like few other works of literature, it has maintained its relevance until today for both intellectual thinking and popular culture.

Two hundred years later, Mingard, in Everything is up in the air, thus our vertigo, gives these themes a new reading and visual form via a recent solo exhibition at Musée de l’Elysée, Lausanne and a publication with Éditions GwinZegal. To realise the project, the artist has delved into both our current mediascape and the history of art, juxtaposing images from disparate time periods and contexts. For example, in the chapter Seven Sunsets, we find webcam shots of today’s skies from the vantage point of different Chinese metropolises set against details of skies from 19th century William Turner paintings. By combining the characteristically dark, still-life and landscape images with documents and foot­age from a wide range of sources, Mingard assembles a synoptic visual itinerary for us to confront a feeling of vertigo. The global contexts and geological time frames of climate change and the Anthropocene, or the Great Acceleration, as a geological period of planetary-scale human intervention, are played out here as sometimes absurd, very localised and historically specific sub-chapters.

It was also during the 19th century that we saw the intensification and acceleration of science and technology, as well as the establishment of the foundations of modern capitalist societies. Today, one of the defining characteristics of our current era is the loss of an “outside” to think from. Within this new market-driven political economy, acceleration, intensification and abstraction were taken as the sole vectors, values and measures to generate growth along the lines of the dominant economic and technological-driven dogmas of progress and development.

But what exactly got us into this vertigo situation? Whilst discourses within the social sciences and philosophy have been generating and reflecting on various theories of failure and collapse, the majority of the ordinary planetary citizenry, as well as their political representatives, seem to be petrified and/or in denial. We now face rapidly evolving and seemingly irreversible trajectories towards phenomena such as loss of biodiversity, resource depletion and global warming, and their concomitant threats of looming climate and resource wars. All this we know, and yet we seem unable to connect the dots in the form of effective action on collective levels of organisation and governance.

Whilst, as mentioned, this feeling of vertigo paralysis against the diversity, scale and complexity of these problems has led some thinkers to theories of collapsologies, others are in the meantime creating subcultures that practically prepare for the worst. These have included those of survivalism and prepping in their various political guises, which, in their worst and most radical expressions, result in forms of nativist and nationalist eco-fascism bubbles. As a result, a sort of “climate panic” has consumed us as we head for a foreboding future of “managed extinction.”

Mingard’s research-based project can be read as an attempt to display – and invoke the experience of – our sense of individual and collective vertigo, but only to motivate us to abandon the current state of impasse and denial, and subsequently forge sustainable and progressive pathways and futures. Ultimately, on a meta level, this work asks us to reconsider our own position and role as citizens and con­sumers within a world that increasingly seems out of bounds and in vertigo in the face of our destiny as a planetary network of human, and indeed non-human, actors. ♦

—
Lars Willumeit is an independent curator, writer, and art educator based in Switzerland. He is currently a curator at the Musée de l’Elysée in Lausanne. With degrees in Social Anthropology and Curatorial Studies, his main interests are in photography, documentarisms, regimes of representation, and visual cultures. Recent work as curator and co-editor include Salvatore Vitale – How to Secure a Country exhibited at Fotostiftung Schweiz in Winterthur, Switzerland and published by Lars Muller Publishers in 2019.