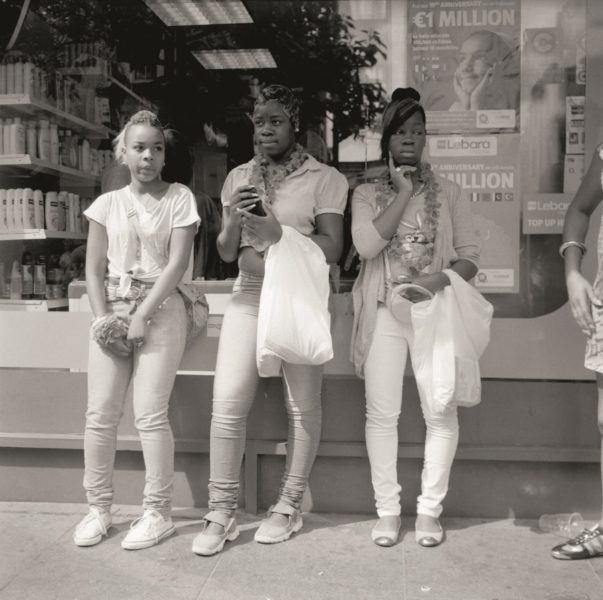 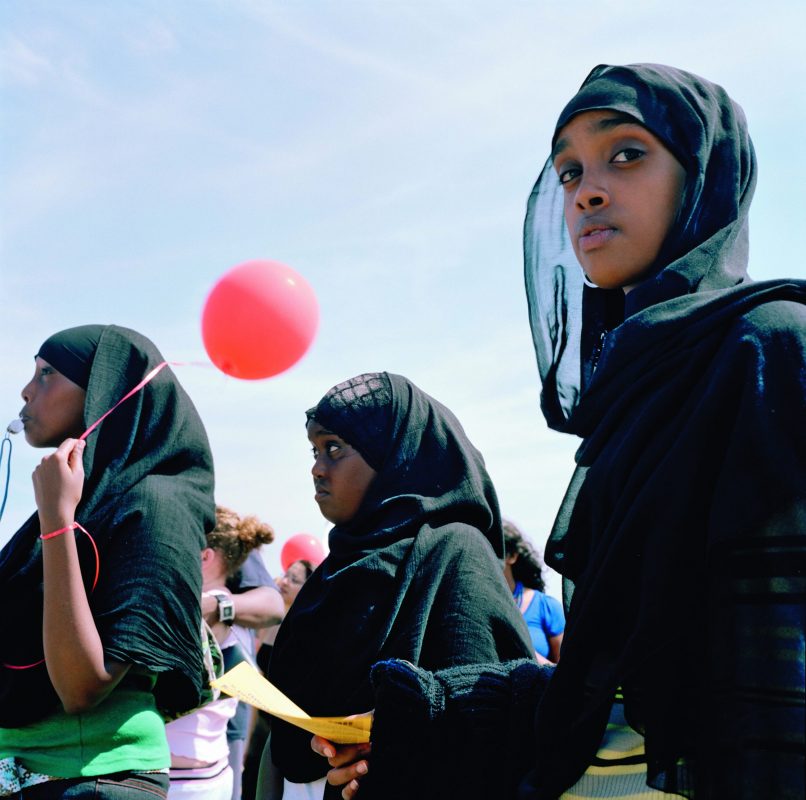 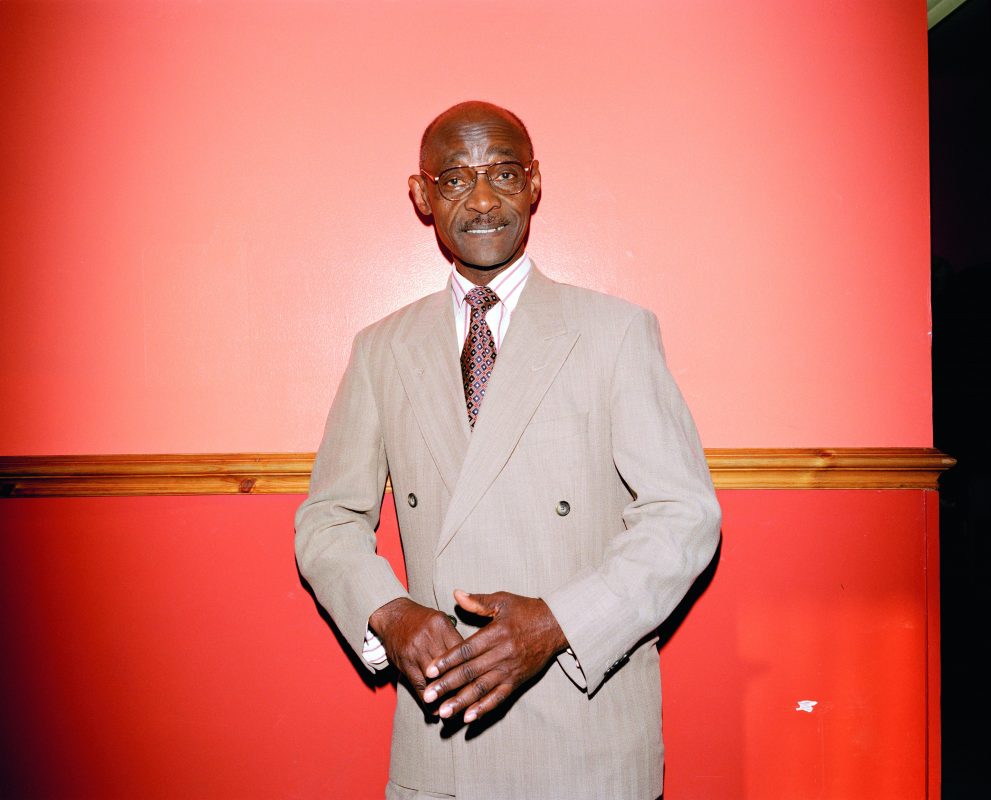 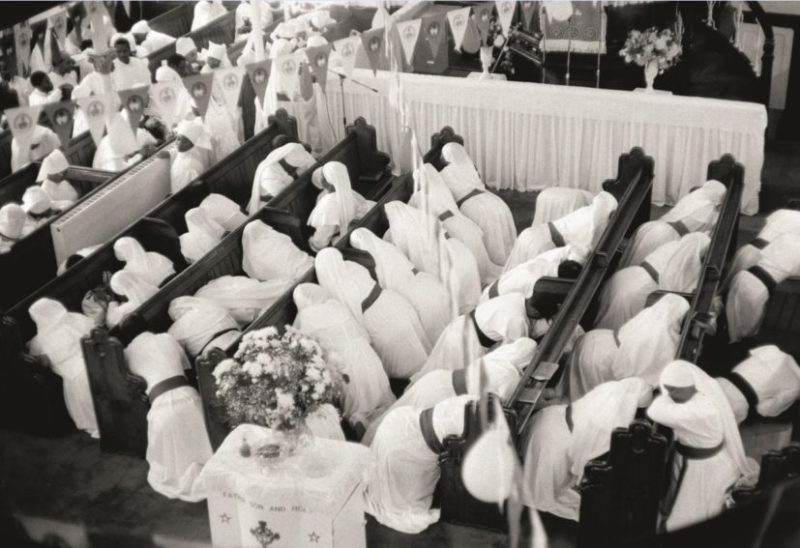 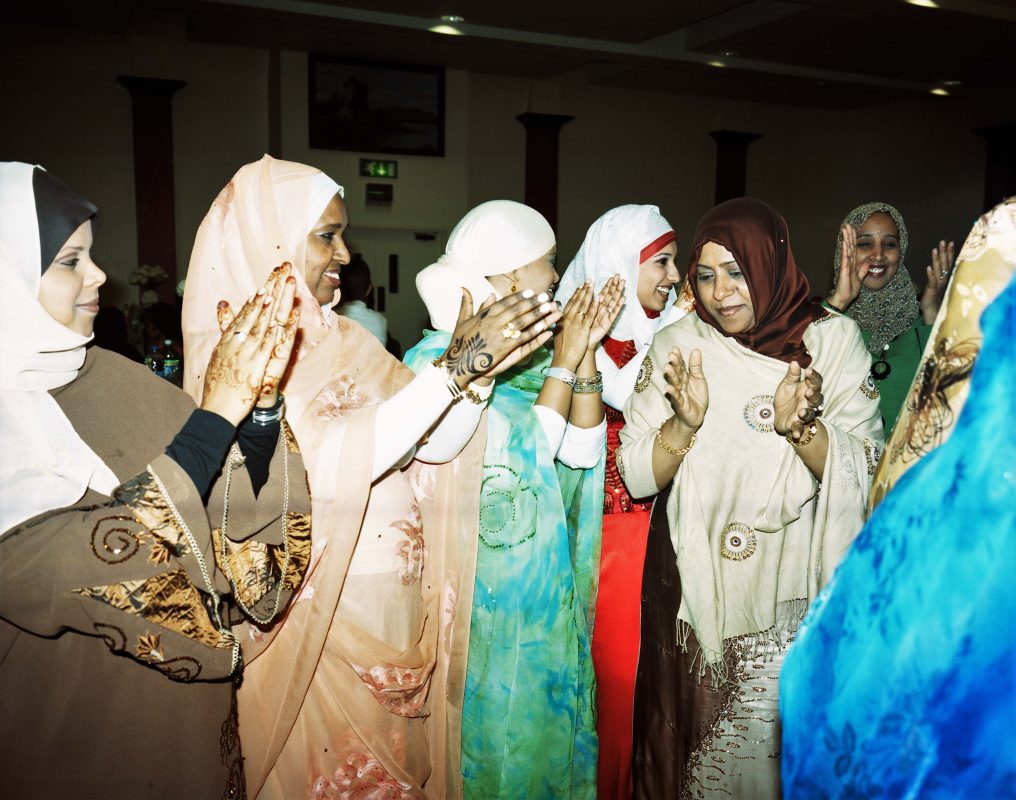 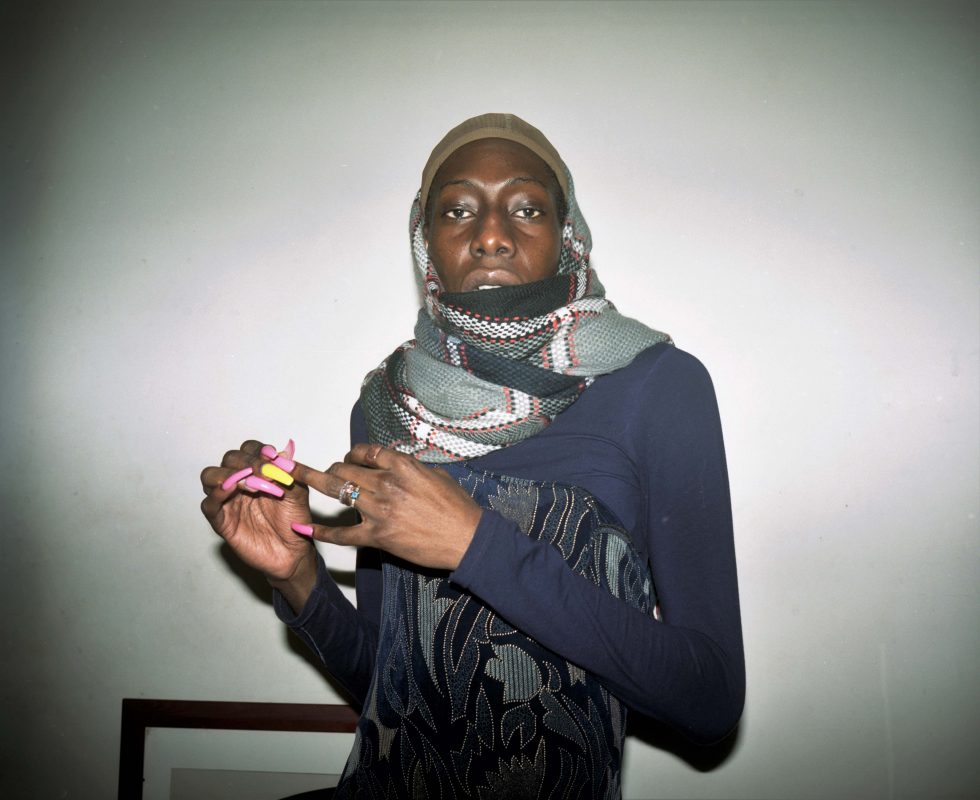 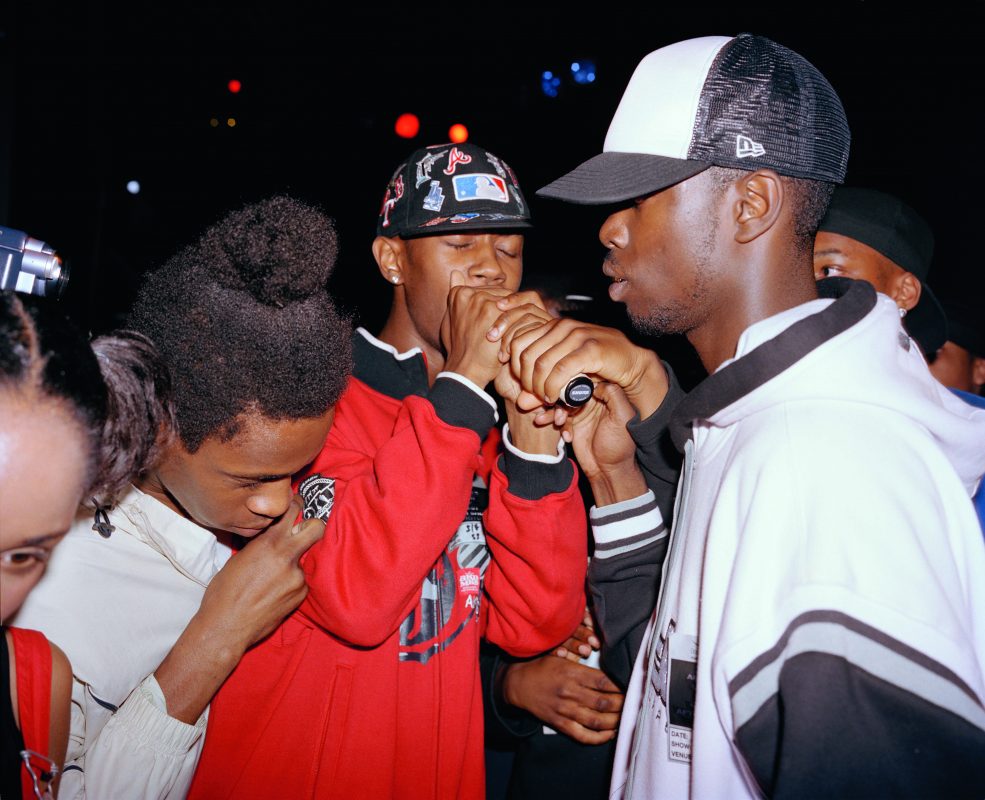 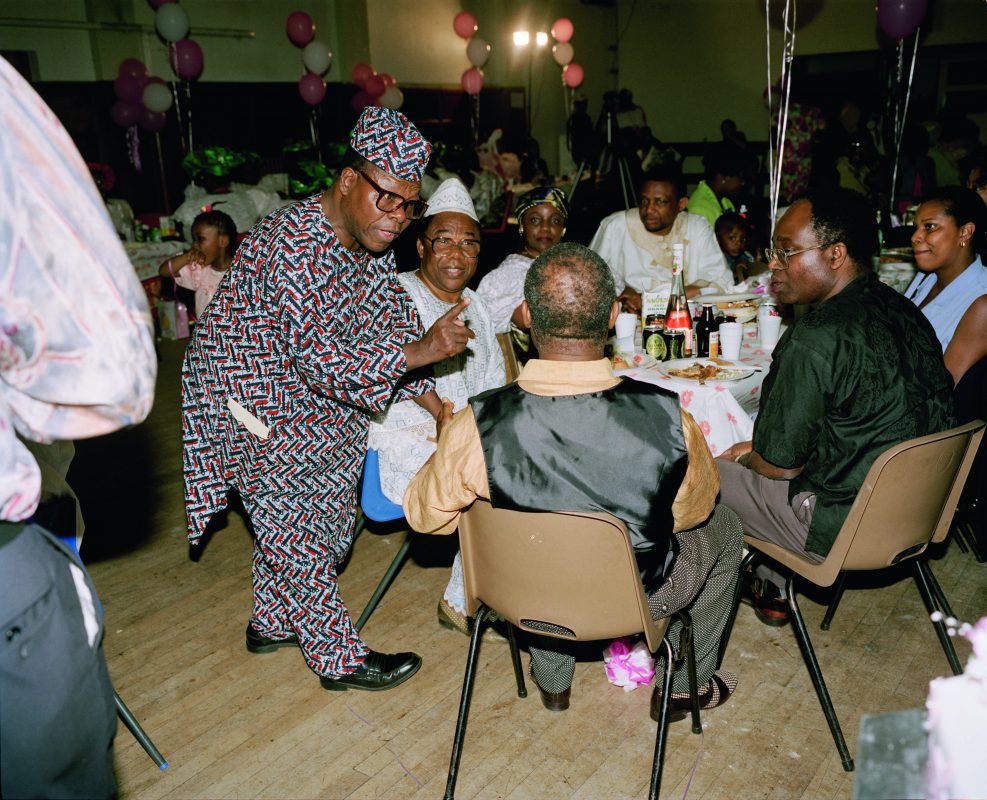 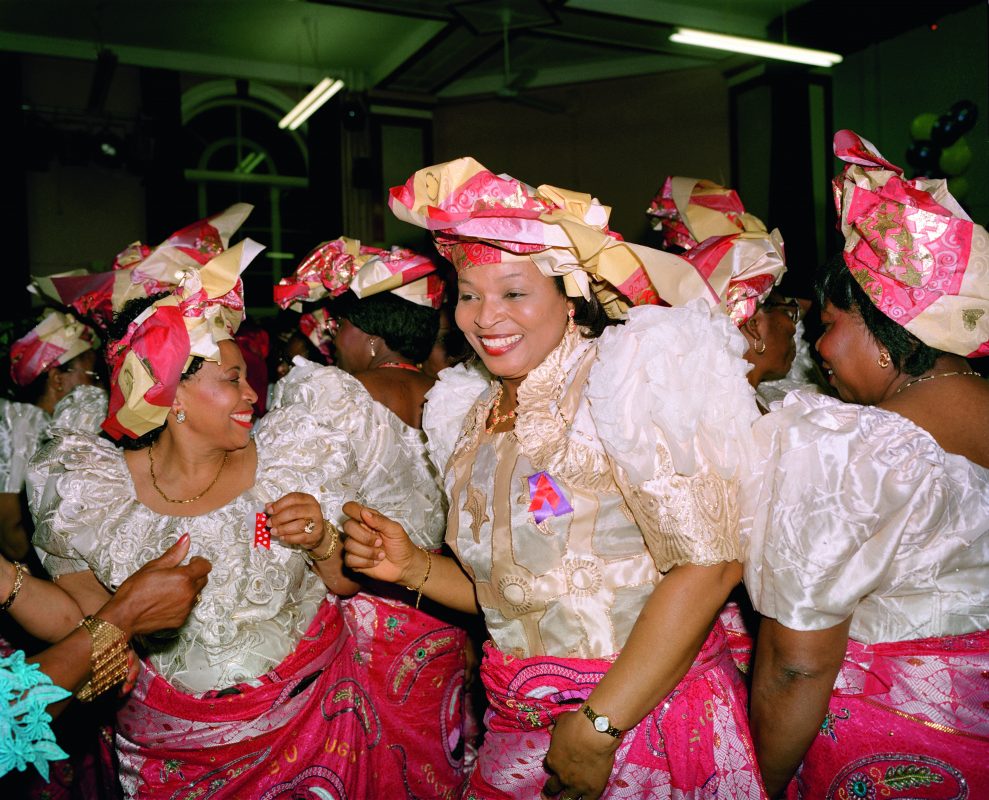 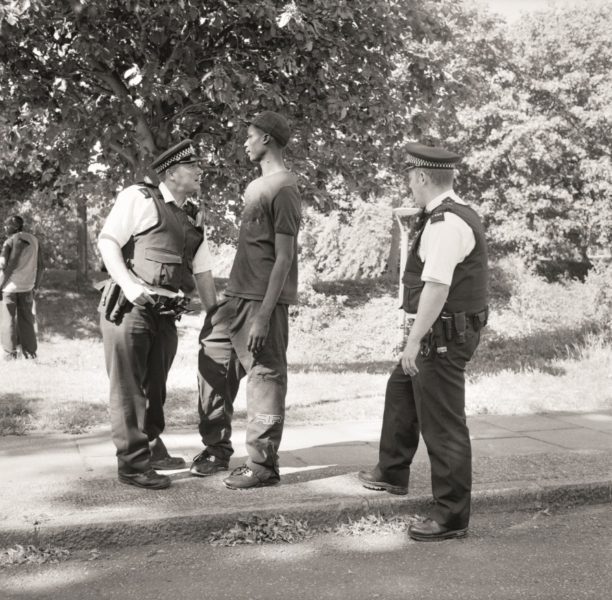 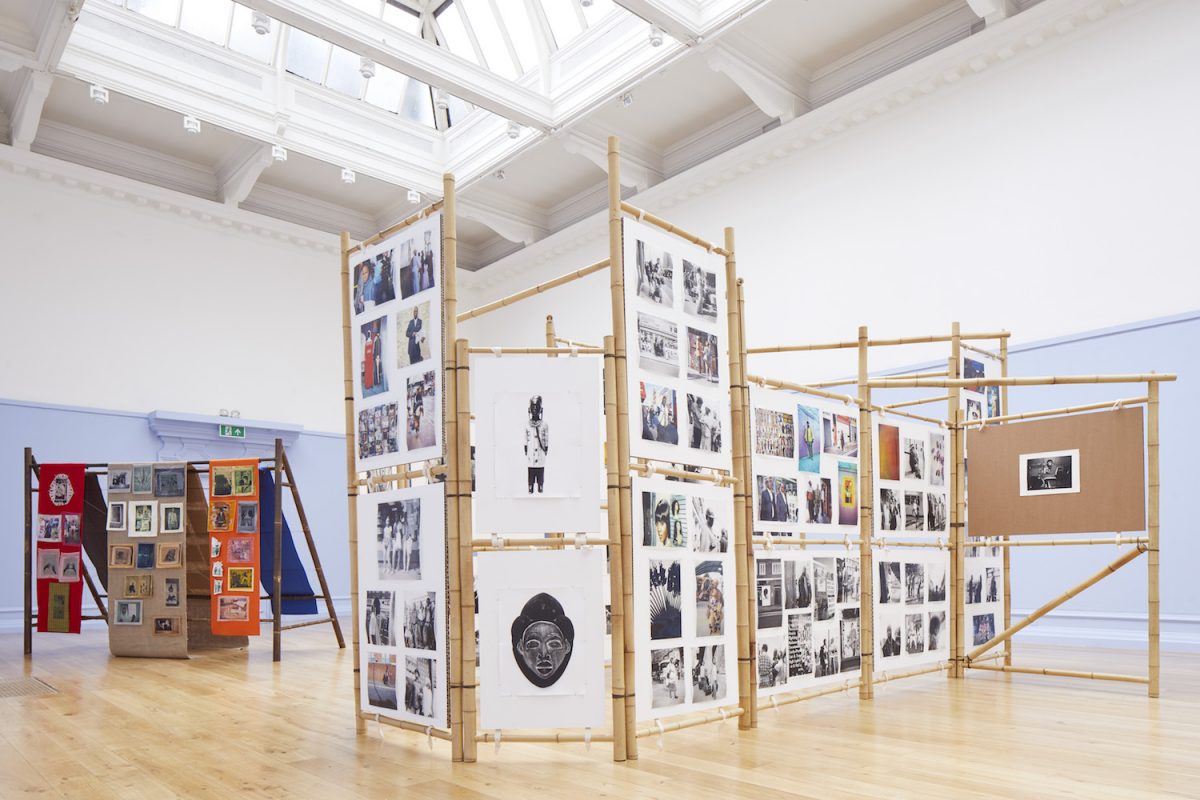 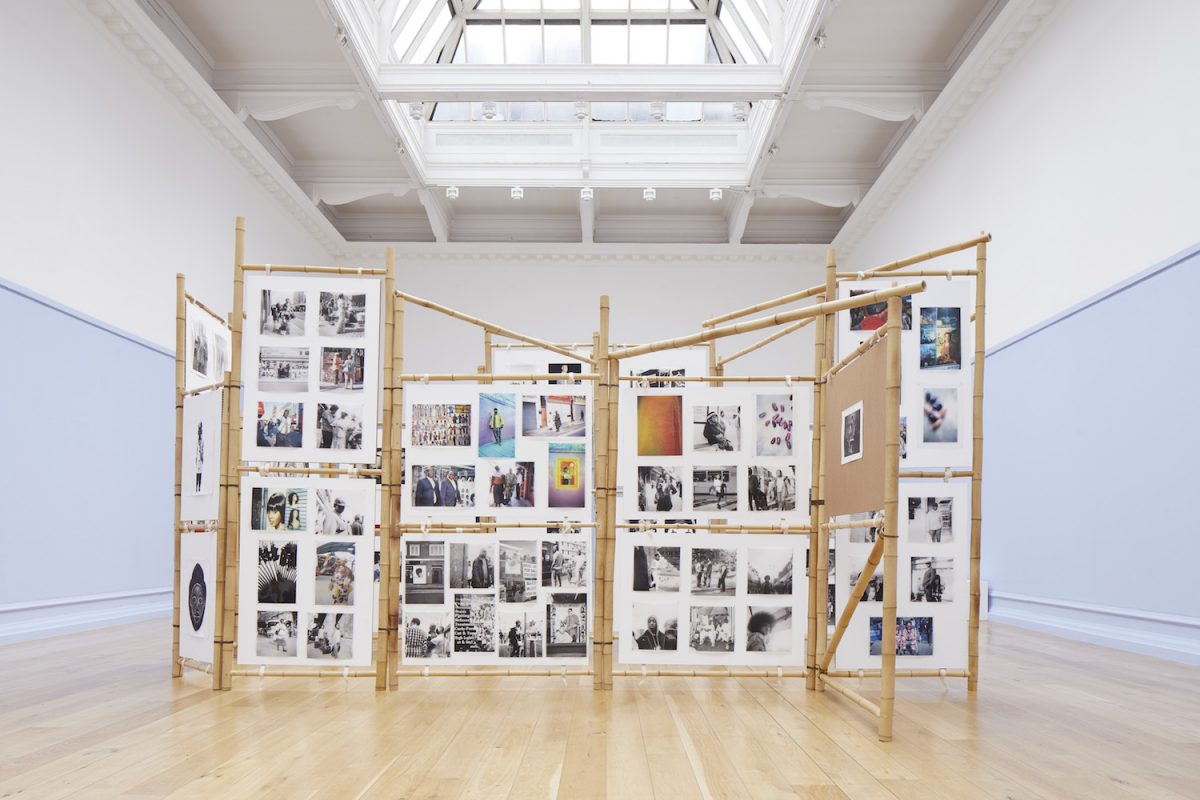 If you know the beginning, the end is no trouble

If I say “black female street photographer” who do you think of? There is a good chance that you will hesitate for a moment and then finally recognise that no or almost no names come to mind. Then, most likely, you will ask yourself: why? Is it due to a real lack of activity or that of omission and failure within the history of photography and its institutional actors. Perhaps though, in 2016, you were lucky enough to come across Liz Johnson Artur’s eponymous book of photographs, published by Bierke, which revealed in almost 130 pages what she had been photographing for the previous thirty years: hundreds of images that constitute her Black Balloon Archive. Maybe you even saw her exhibition Dusha at the Brooklyn Museum this summer or If you Know the Beginning, the End is No Trouble at South London Gallery. Then, Liz Johnson Artur’s name might have crossed your mind. Thus, it’s worth discussing two aspects of this question that largely remain unanswered to put forward an argument for the need of a twofold mapping: that of a circuit, or an inclusive history of photography – despite lost, hidden, or worse, dismissed, evidence and traces – and that, undertaken by black female photographers when they pick up their cameras possessed by the urgency of representation.

A flashback is essential. In the mid-1980s, Liz Johnson Artur, then in her early twenties, was given a camera for the first time and took it onto the streets of Brooklyn. She continued this practice when she moved to London in 1991, turning it into a career working with magazines, while still carrying on as a street photographer in Peckham and beyond. At this time, the limits of a certain kind of photojournalism were becoming obvious and discussions about representation were emerging. Photography’s theoretical progression and the study of the power of the gaze were happening at the same time as decisive events for the Black populations of the United States and England. In 1980, the Miami uprisings broke out following the death of an African American salesman and former Marine followed by Los Angeles experiencing major unrest in 1992 as a result of the LAPD aggression against Rodney King and the acquittal of his attackers. On the other side of the Atlantic, in England, in 1981 and again in 1985, social and economic living conditions, racial discrimination and the relationship between communities and the police in inner cities led, in quick succession, to upheavals by the Black British population.

It was also in this period that women photographers, in the United States and in England, decided to write their herstory. In 1986, North American photographer and photographic historian, Jeanne Moutoussamy-Ashe published Viewfinders – Black Women Photographers – developing the work started by Deborah Willis and Valencia Hollins Coar. Positing an inventory of the photographic production of African-American women since the beginnings of photography in the 19th century – going back to true pioneers such as Mary E. Flenoy – Jeanne Moutoussamy-Ashe pin-pointed the crux of the problem in her introduction: ‘Significant contributions of hundreds of black women have been lost to history – their works, papers, photographs – as the eleventh-hour attempt to fill in the gaps and document their roles begins.’ At the same time, in London, the exhibition and the publication Testimony – Three Black Women Photographers brought together the work of Black British photographers Brenda Agard, Ingrid Pollard and Maud Sulter. Lubaina Himid, Testimony’s curator, stated in the catalogue the need to be both artists and organisers since ‘as women we organise together to challenge our triple burden of racism, sexism and economic oppression.’ The year after, in 1987, Chila Kumari Burman published her essay There Have Always Been Great Blackwomen Artists where she continued, once again, the work of asserting and insisting on the importance of an inclusive history of art. Legacy, transmission and the history of photography exist only by the acts that implement them and it is important to unfold and explain these issues in order to understand the need for a shift of paradigm.

Therefore the work of Liz Johnson Artur needs to be placed in a historical and transatlantic continuum: on the arc alongside Elaine Tomlin, official photographer for the Southern Christian Leadership Conference – a leading civil rights organisation of the 1960s – who covered racial and social upheavals and together with Jeanne Moutoussamy-Ashe who in 1982 published, Daufuskie Island: A Photographic Essay, a photobook on the lives of the remaining Gullah-speaking black inhabitants of South Carolina. It is the richness of this heritage and the diversity of this history that allows us to capture the singularity and uniqueness of Liz Johnson Artur’s photographic work. Guided by the greatest women photographers of the post-war period, Johnson Artur transformed the old idea of the “flâneur photographer” into an empowering and complex photographic practice by starting in the streets, documenting an atlas of faces and recording the diversity of the communities she lived in. In spite of an urban world designed by and for white men, the photographer surveyed the streets of the biggest cities, particularly New York and London, in search of the individuals that make up the African diaspora and transnational youth. Today, at a time of rampant nationalisms, her diasporic perspective seems more relevant than ever. In the 1980s, it was a pan-African vision that brought photographer Armet Francis to gather, in similar projects, photographs from Africa, the Caribbean, New York and London. Published respectively in 1983 and 1988, The Black Triangle and Children of the Black Triangle converge toward Johnson Artur’s mapping project. As Aby Warburg did with his Mnemosyne Atlas, Liz Johnson Artur juxtaposed and sequenced photographs that fostered immediate, synoptic insights into transnational identities. In her recent London exhibition, she presented her work on a bamboo cane structure, allowing her Black Balloon Archive to float, and to some extent, mirror the cloud-like image composition made by Warburg in the 1920s. The lack of captions or detailed information turns Johnson Artur’s images into a representational system of transnational cultures.

No doubt the artistic landscape is currently being transformed, but we must insist on continuity in order to carry on celebrating individual paths and anchor them in collective roots, which will, in time, usher in a cohesive history of black photography – quilting as an art of stitching together photographs, linking the past and the present, making it whole. And, as such, reminiscing and stressing the importance of Toni Morrison’s 1987 statement in Beloved as Sixo remembers the Thirty-Mile Woman: ‘The pieces I am, she gather them and give them back to me in all the right order.’ A genealogy of photographers intertwined, looking out for the new generation in the images of Rhianne Clarke and Adama Jalloh. This is also what Laylah Amatullah Barrayn and Adama Delphine Fawundu have done with the publication of MFON: Women Photographers of the African Diaspora (2018), a reference book that aims to establish and represent the diversity of contemporary photographic proposals of the African diaspora.  ♦

All images courtesy of the artist and South London Gallery. © Liz Johnson Artur

Installation views of Liz Johnson Artur: If you know the beginning, the end is no trouble at South London Gallery, 2019. Photo: Andy Stagg